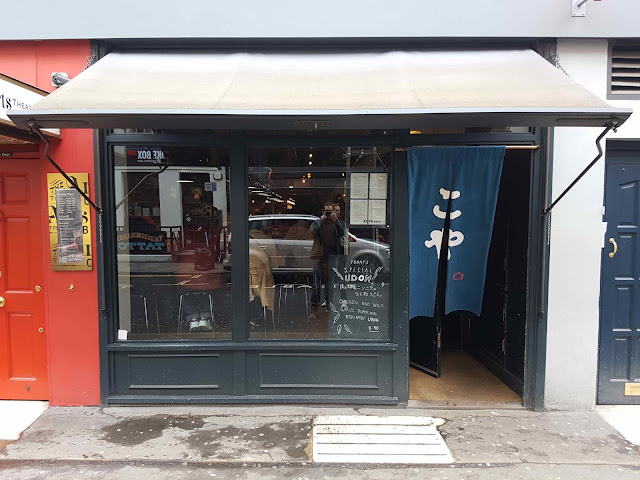 Koya Bar has been on my list of places to visit ever since it opened its doors in 2013.

This celebrated Japanese udon bar in the middle of Soho makes the best use of British seasonal produce with its daily changing blackboard specials menu.

After a swift 15 minute queue we perched at counter seats, which dominate the whole restaurant alongside the open kitchen. 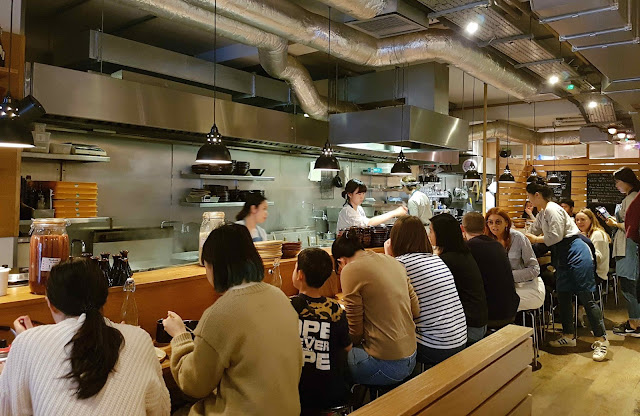 My friend and I both went for hot udon and hot broth.

A special of light miso broth contained bobbing dumplings of chicken and fragrant wild garlic (£11.90). Light, tender and of the non-pastry variety, they certainly occupied the healthier end of the dumpling spectrum.

The udon themselves were a delight - the fat slippery noodles retained just the right amount of bite. 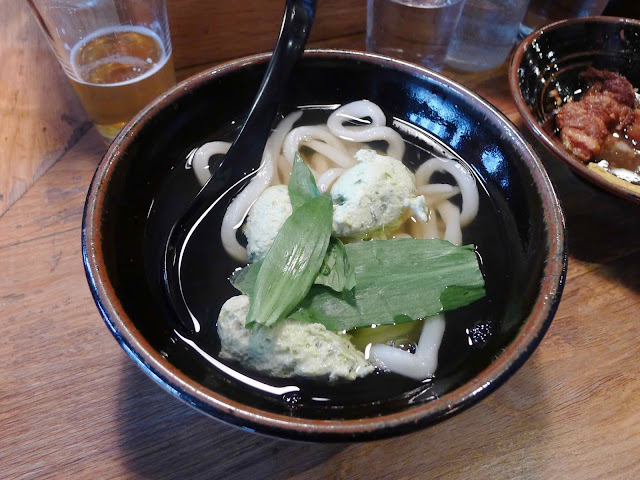 To my right, a big bowl of udon and broth was topped with a fat tempura prawn (£10.50) with a bubbly batter coating. 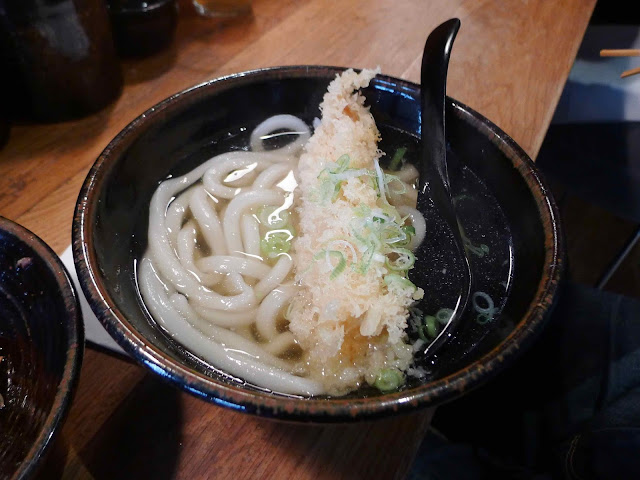 A side of pork belly (£7.10) long braised in cider was tender of flesh and wobbly of fat with a rich sweetness. A blob of fiery English mustard was the perfect foil. 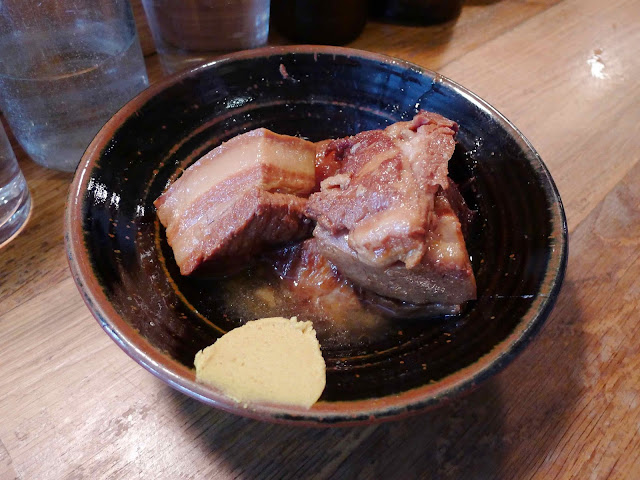 Tempura vegetables (£8.60), grease-free and hyper-crisp, were more interesting than the usual assortment; cauliflower, king oyster mushroom and marrow all put in an appearance. 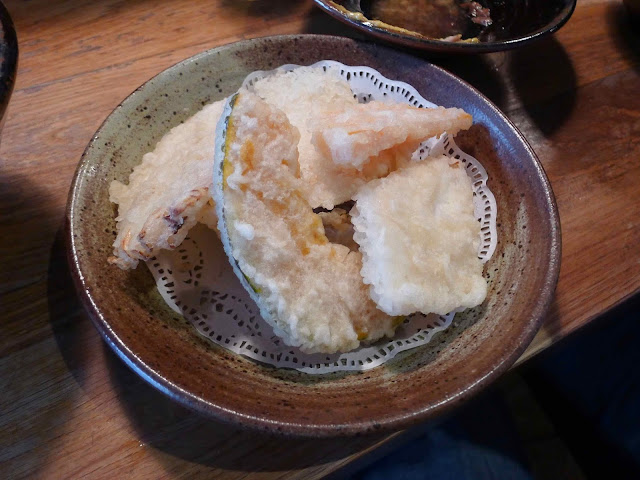 They were accompanied by the usual light vinegar dip and a selection of ginger, radish, spring onion and seeds. 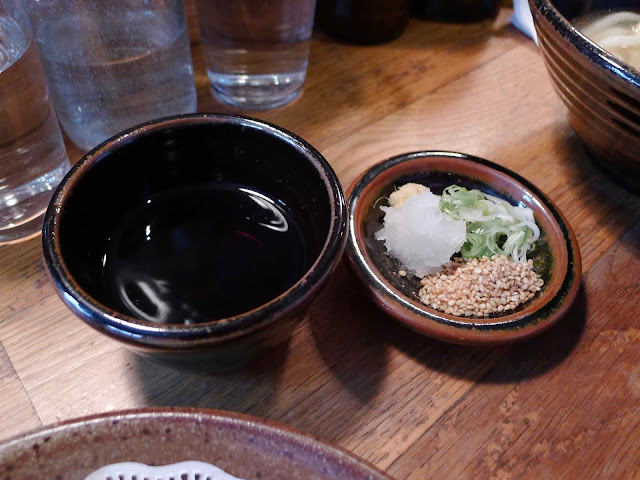 We had a very good lunch at Koya.  However, I must admit that I prefer the rich, fatty and spicy flavours of tonkotsu ramen over the understated clean taste of Koya’s udon.