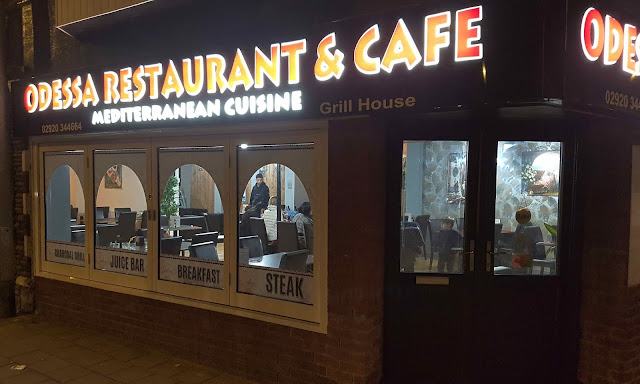 We didn’t originally plan to go for dinner at Odessa.

We planned to visit another recently opened Mediterranean restaurant. But having seen that the menu incorporated burgers, pizza and pasta as well as French and Greek dishes, we decided it probably wasn’t for us.

Odessa is much more singular in its focus. It's a well-priced Middle Eastern charcoal grill restaurant with most starters costing around £3 and mains around £8 - £9.

Located on the corner of Crwys Road and Fairoak Road, Odessa’s building has been in a state of refurbishment for a number of years. Whilst Niche (the previous occupants) sadly never managed to open their doors, it’s good to see the building finally in use. 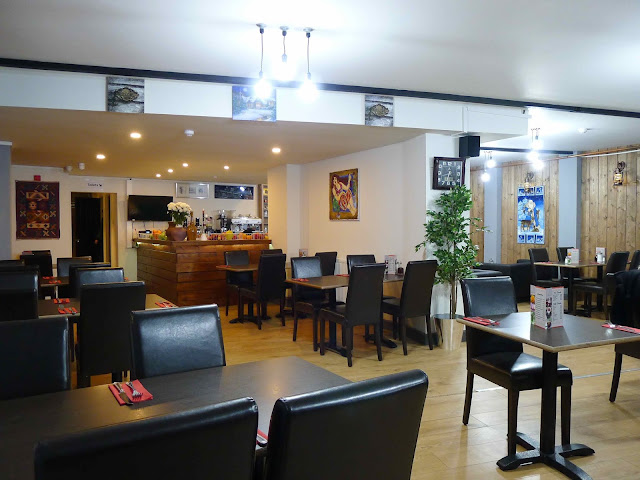 A pair of juices (£3) were both lovely. Mint and lemon was ice cold, super zesty and not too sweet whilst mango was thick and delivered a good hit of tropical fruit. 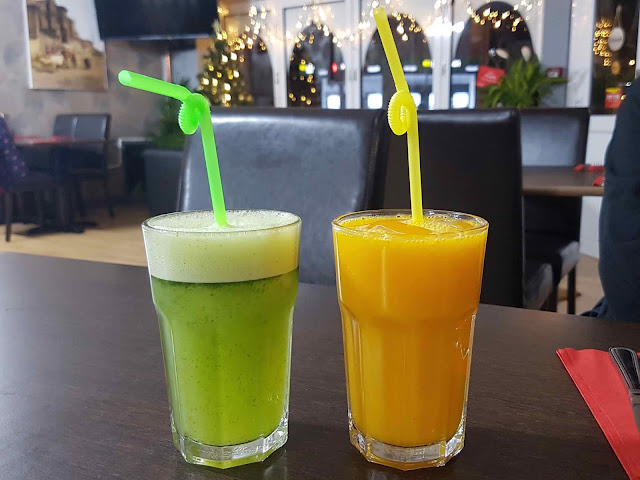 Starters were unquestionably the highlight of the meal.

Borek (£3.50) was fried to order. The bubbly pastry parcels were filled with tangy melted feta and wilted spinach, and accompanied by a cucumber-laden and garlic-thwacked tzatziki. 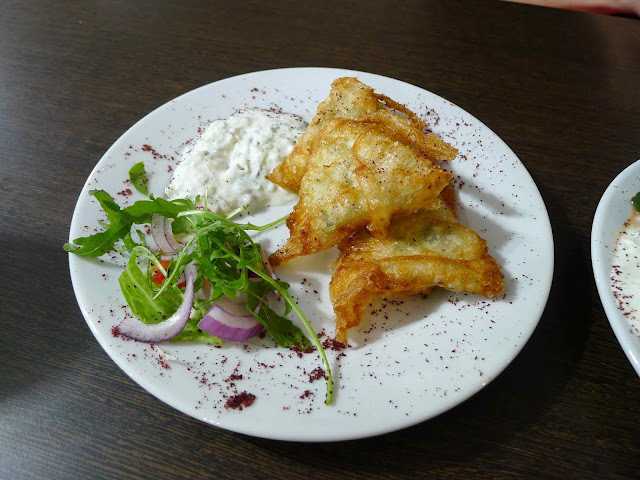 A mixed mezze (£6.50) was excellent too. Smooth hummus, a lightly smokey and creamy baba ganoush, a fiery tomato-based ezme dip and more of the lovely tzatziki were joined by citrusy stuffed vine leaves and olives. 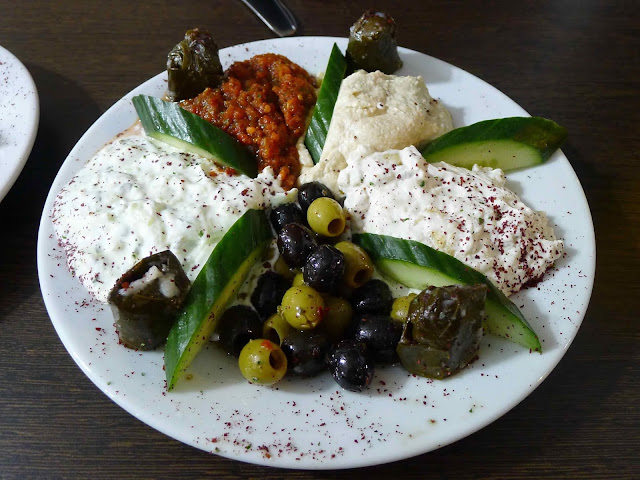 Fresh Turkish bread was warm and soft with a light chew. 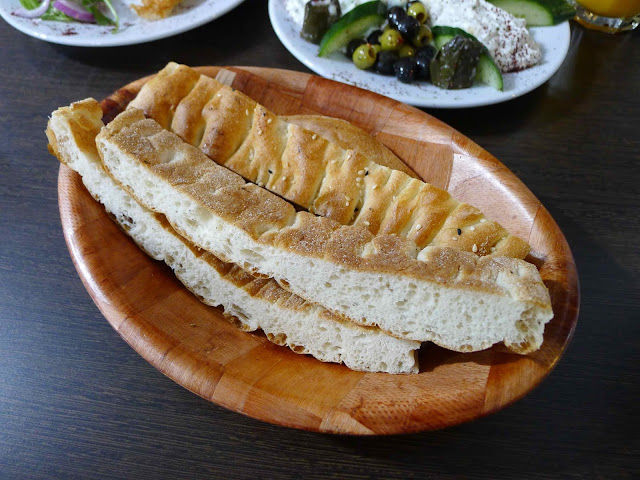 Mains didn’t quite hit the same high as starters but they were both tasty, particularly my Odessa mixed grill (£10.50).

A quartet of kebabs saw herby and juicy chicken and lamb kofte joined by tender chicken and lamb shish. Also on the plate was buttery and fluffy rice, slightly under-charred tomatoes and green peppers and a fresh green salad. 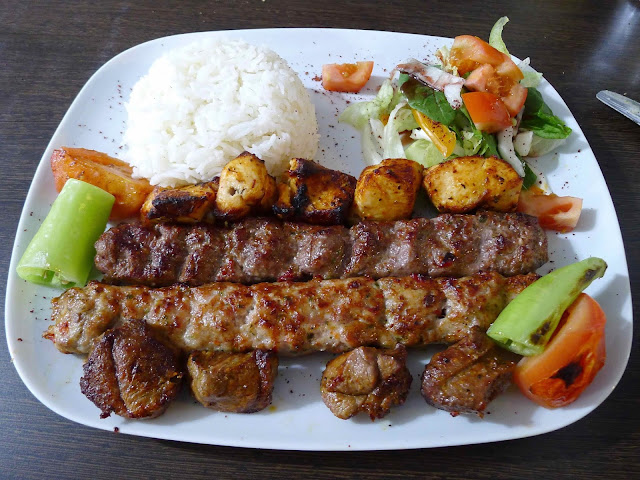 Mrs G’s chicken quozi (£8) saw half a grilled bird accompanied by a bowl of flavoursome tomato and okra sauce. The chicken’s thigh and leg were properly juicy but the breast could have been a touch moister. 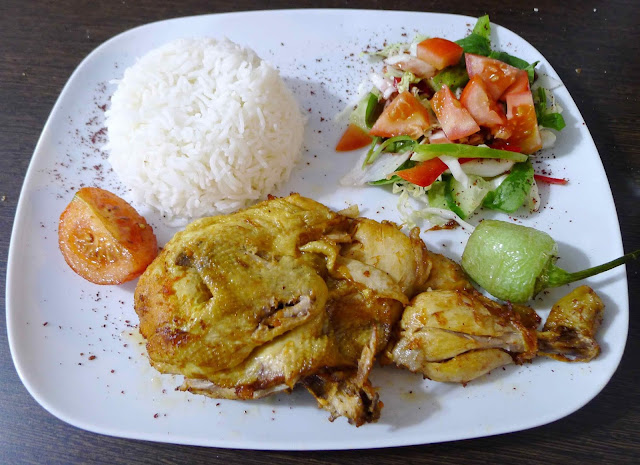 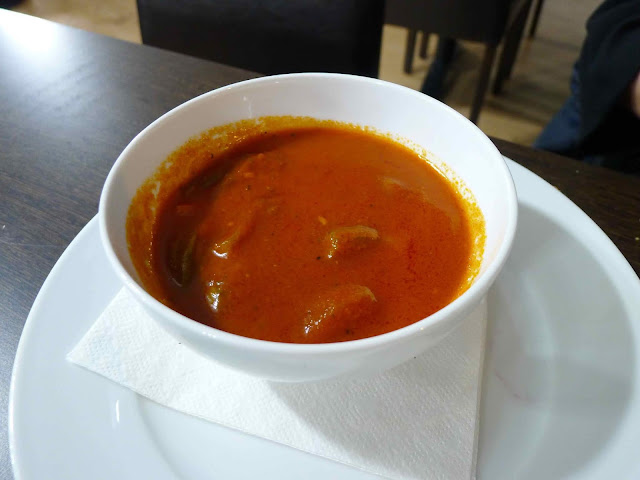 Stuffed, we passed on the dessert options which included freshly baked baklava and kanafeh. But, the bill was accompanied by a couple of pieces crisp and syrup laden katayef. If the rest of their desserts are this good then they’re well worth checking out. 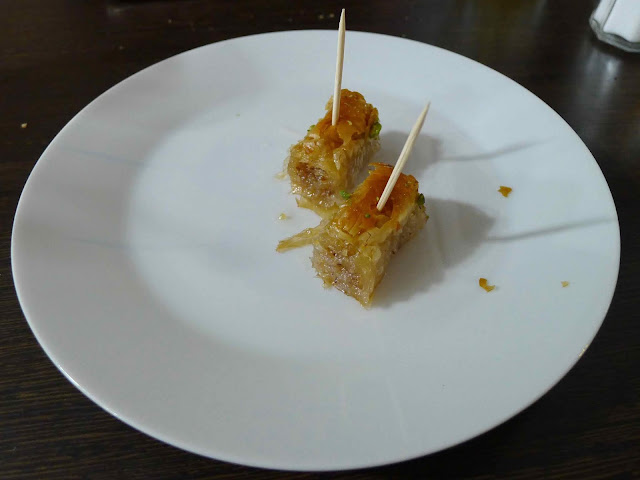 We had a very tasty and good value meal at Odessa. It’s a nice addition to Cardiff’s roster of kebab restaurants and it should be far enough from City Road to be able to cater to a different crowd. 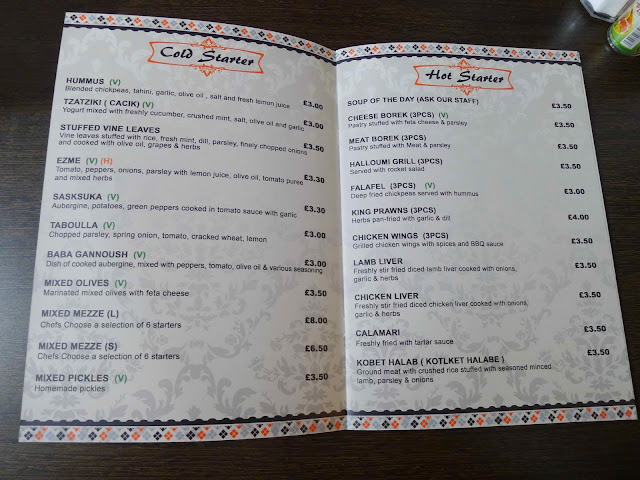 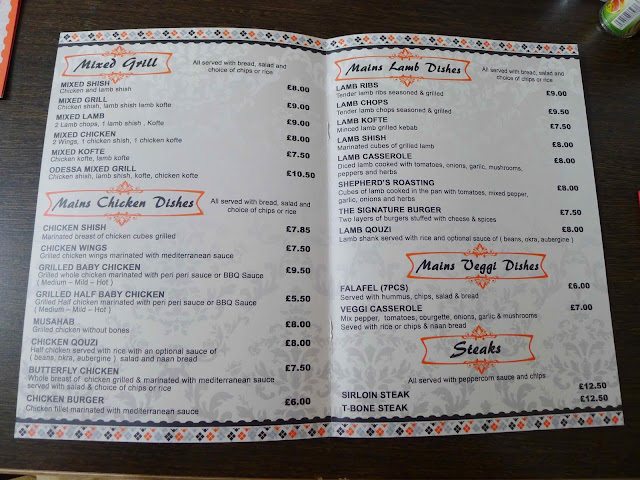 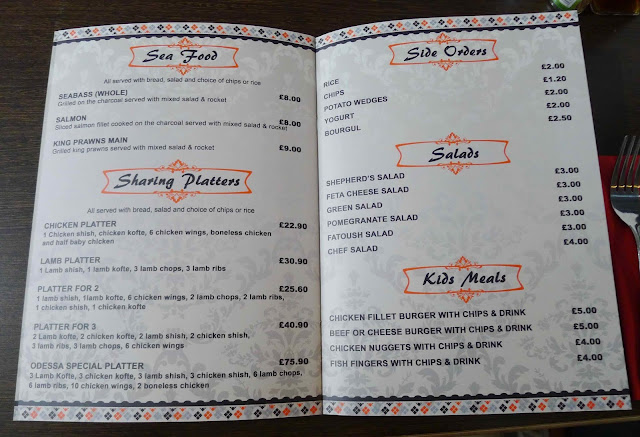