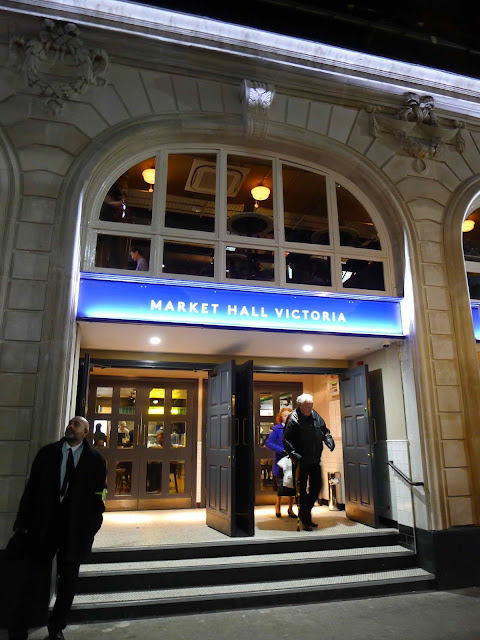 Whenever I plan a visit to London I find myself in a state of dilemma.

Which restaurant should I visit this time?

The opening of Market Hall Victoria (just opposite the train station) has eased my indecision as it brings together some of London's best restaurants under one roof.

It's essentially a luxury canteen. You order from one of the numerous traders, grab your buzzer and wait for your scran to be cooked to order. 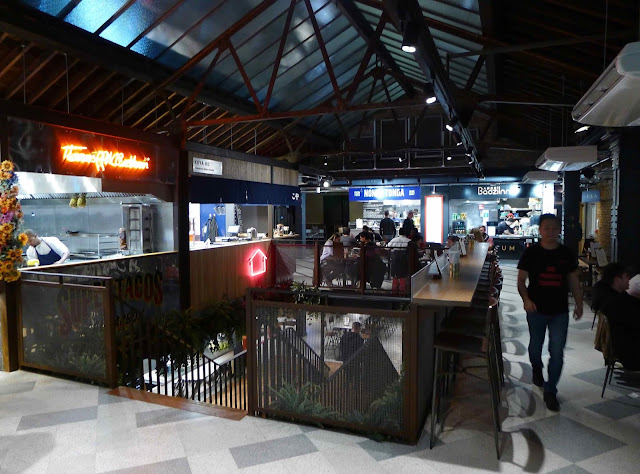 There's some good breweries on the bars - Thornbridge, Siren and Magic Rock to name a few. We had a few halves of light and hoppy Magic Rock Saucery session IPA for a London priced £3.50 a half. 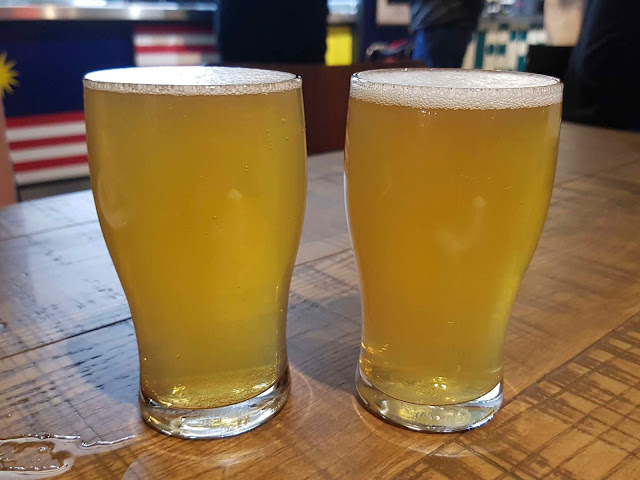 Amongst the traders we didn’t have a chance to visit this time were salt beef specialists Monty’s Deli, Japanese noodle masters Koya Ko, the questionably named Fanny’s Kebabs, and award-winning fish and chip shop Kerbisher & Malt.

Here’s a run down of everything we ate in order of deliciousness. We visited Market Hall Victoria on day ten of business so I’m sure there’s still plenty of scope for further improvement.

Gopal’s Corner was the most popular vendor on our visit by a mile, and with good reason too. Owned by the legends at Euston’s Roti King, there are regularly large queues for their critically acclaimed Malaysian food. 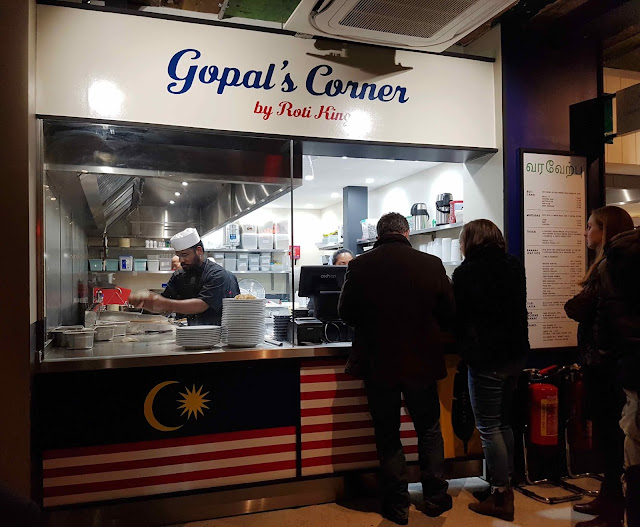 Flaky, light and buttery roti cani (£7.95) was a dreamy mop for a beef rendang of tender slow cooked beef bound together by a deeply spiced coconut gravy. 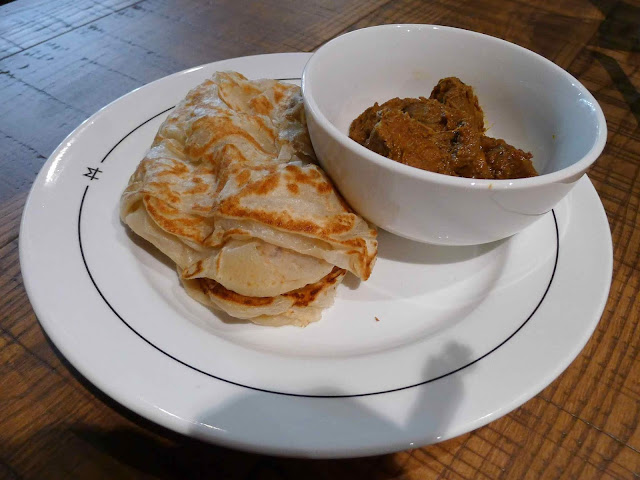 A gargantuan thosai / dosa (£5.95) was thin, crisp and slightly tangy. It was served with a trio of great dips - a coconut chutney with a big whallop of ginger and thwack of chilli, a luxurious lentil based sambhar stew and a piquant tomato chutney. 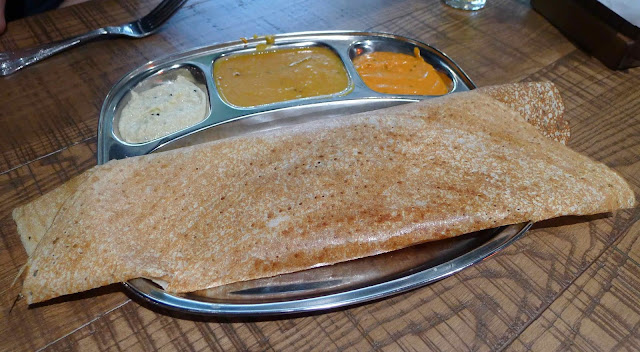 Hackney’s Marksman pub are renowned for their starter of baked and steamed beef and barley buns, so it would make sense for them to open a stall that just sells buns.

Bun Shop’s beef bun had sold out so we made do with the bacon bun (£5). The gorgeously light and squidgy glazed bun was filled with tender shreds of ham hock and toasted oats. It was lovely with a tangy and lightly acidic homemade tomato ketchup. 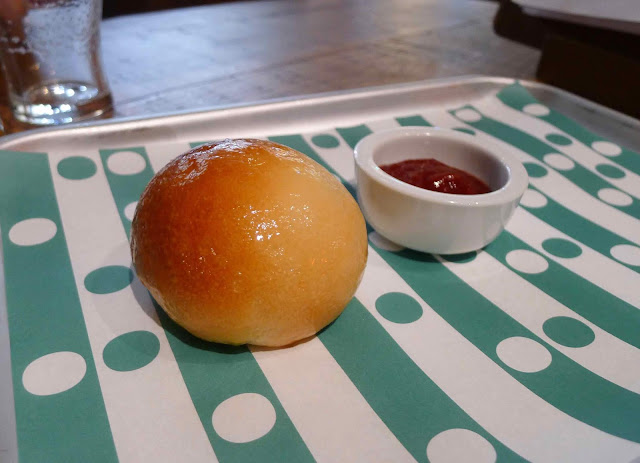 We had a plate of delicious traditional jiaozi (£5.50); thinly cased filled pork mince dumplings flecked with a ton of fragrant chives. A bowl of vinegar was a perfect foil for the fatty meat. 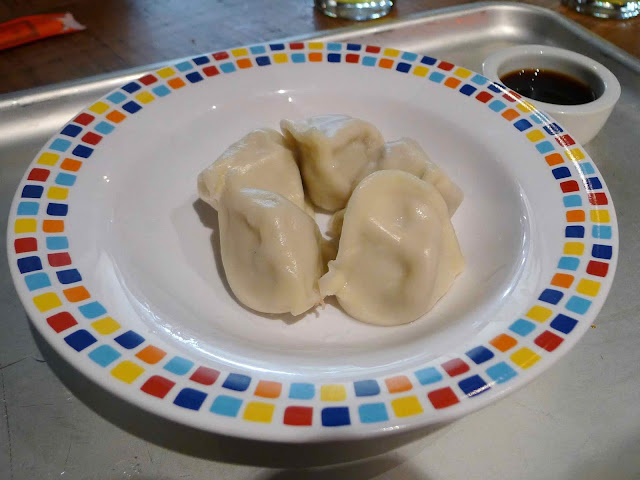 Super Tacos is an outpost from the Breddos Tacos team. Their flavour-packed corn flour tortillas were the star of the show but the toppings on both tacos we ate (2 for £6.50) had a good balance of fat, chilli and citrus.

Crisp and smokey charcoal grilled chicken was accompanied by black beans and avocado salsa verde whilst a spit roast pork taco was lovely but slightly on the tepid side. 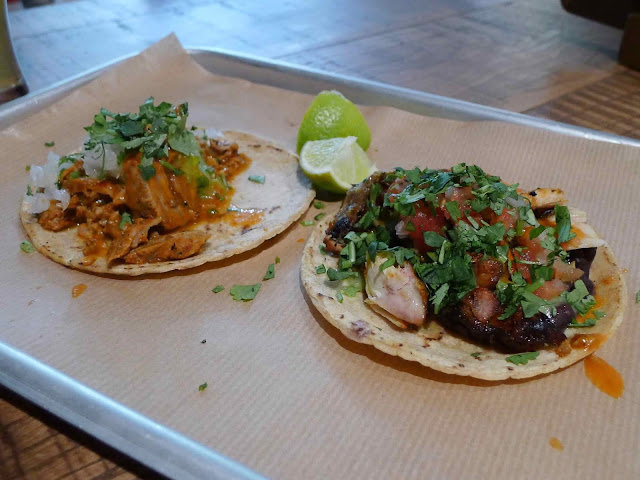 The only dish of the day which disappointed was the pici cacio e pepe (£8) from Nonna Tonda.

The sauce was a silky and potent mix of emulsified parmesan and black pepper. But, the pasta was poor - our first portion was really underdone rather than al dente and after we sent it back, our second portion was still pretty rubbery. Hopefully this was just teething troubles. 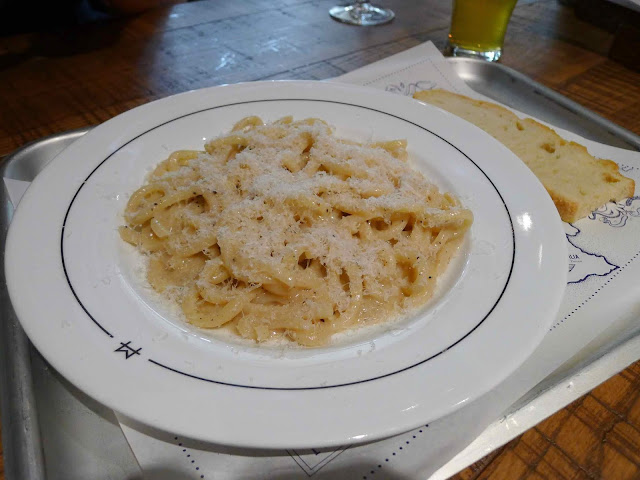 Market Hall Victoria is a delicious and fun place to while away a few hours. There also plans or a roof terrace to open next year so I can imagine it will be an awesome place to spend a summer's evening.

Update 23/12/2018 - On another visit, I inhaled a Reuben sandwich (£9.50) from Monty’s Deli. Bags of spiced pastrami, tangy kraut, melty swiss cheese and piquant Russian dressing were loaded onto toasted rye bread. This was a damn tasty Jewish deli sandwich. 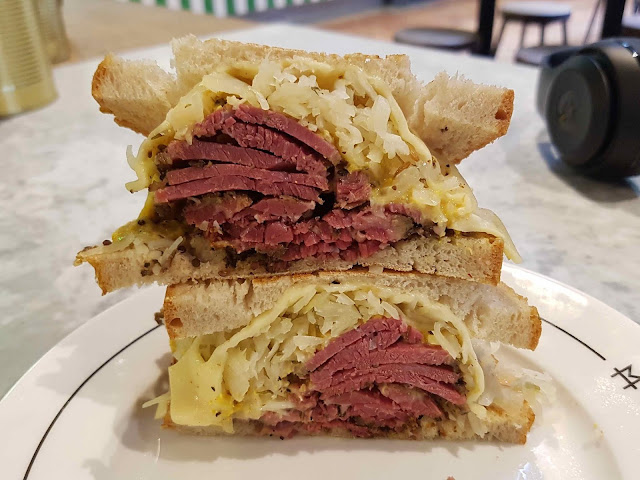