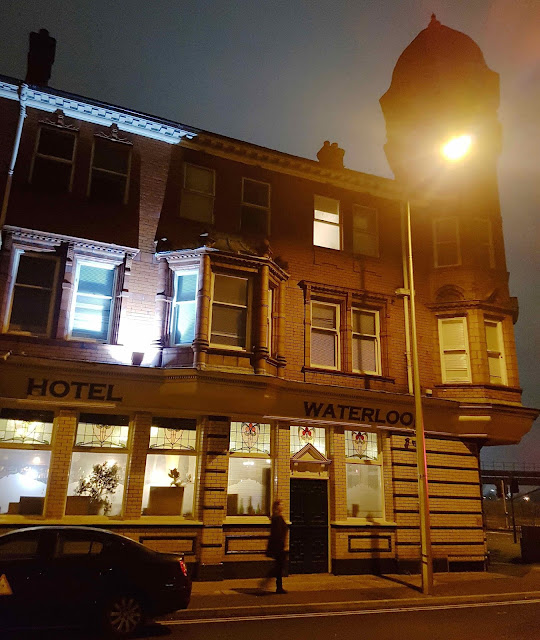 Sitting in the shadows of Newport’s imposing Transporter Bridge, the Waterloo Hotel is one hell of a building. 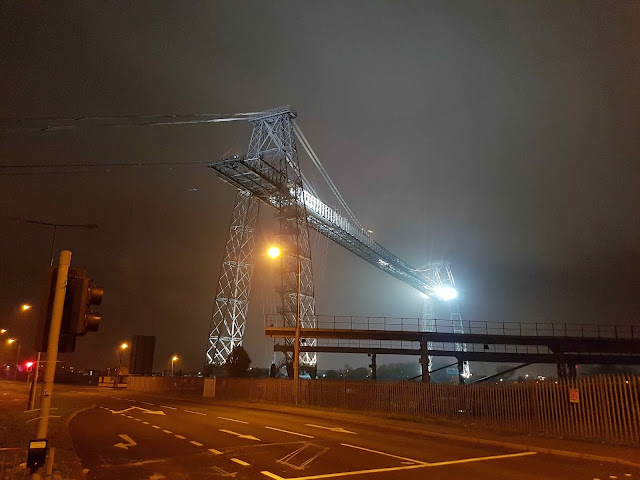 Built for the wealthy captains of Newport’s Alexandra Dock in 1904, as the area declined the hotel became a less salubrious dockers pub and then a doss house. Eleven years ago it was bought by its current owners who fell in love with the grade 2 listed building and restored it to its former glory. 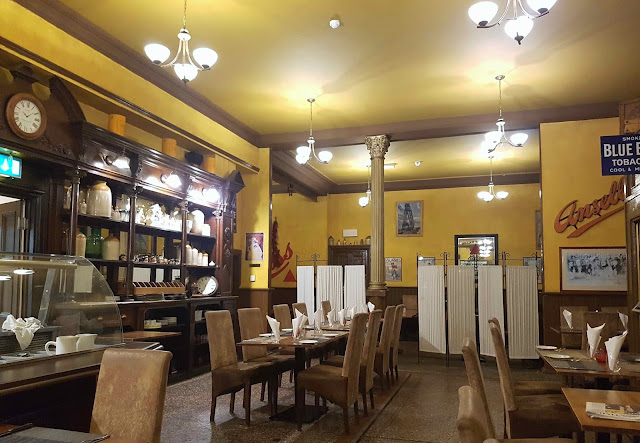 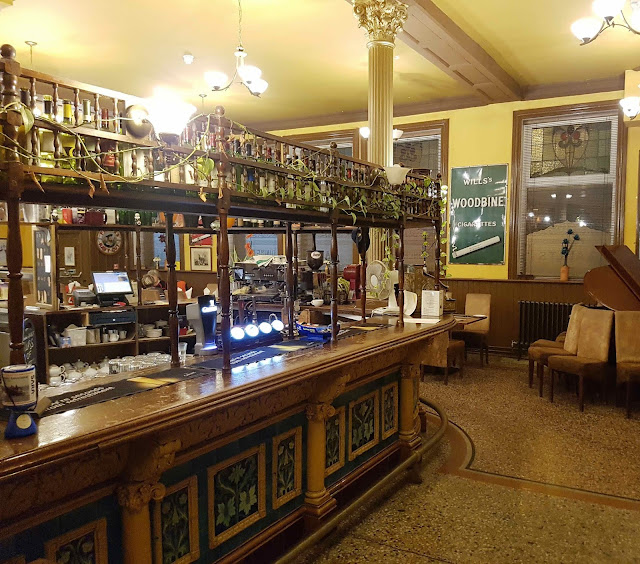 In keeping with the ornate setting, head chef Dickie Flinn’s compact menu is a lot more interesting than run of the mill pub grub. It changes regularly, the sign of a kitchen that’s keen to use seasonal produce and try new things. 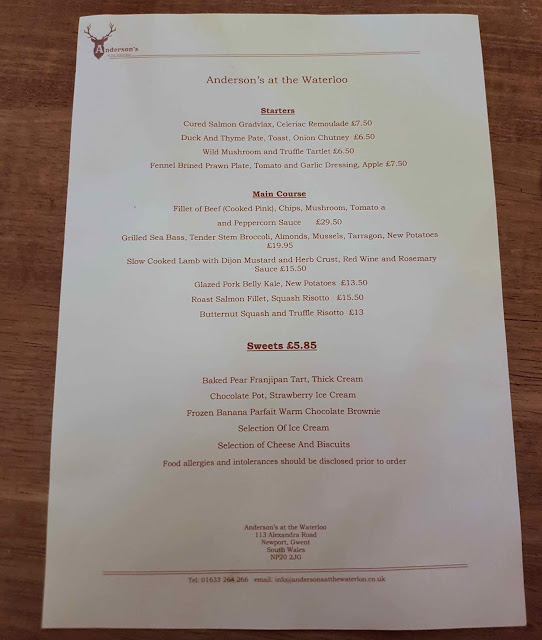 A thick duck pate (£6.50) with a good twang of liver was joined by caramelised onion chutney with a nice balance of sweetness and acidity, as well as a couple of wedges of granary toast. 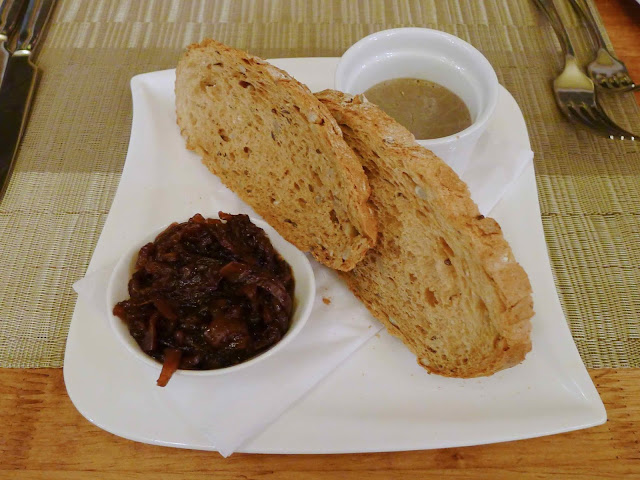 A warm wild mushroom and truffle tart (£6.50) saw a homemade short pastry case filled with buttery celeriac puree, pan fried mushrooms humming with truffle and a richness elevating runny egg yolk. It was a tasty dish which would have been improved further with more of the billed mushrooms. 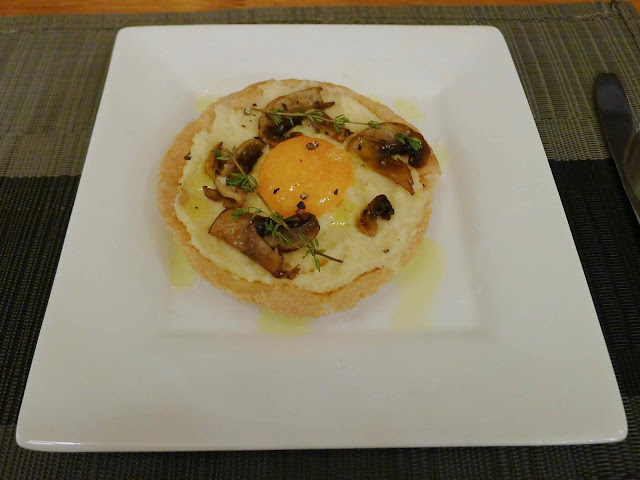 Onto mains and a crisp-skinned fillet of sea bass (£19.95) was garnished with plump briny mussels, fragrant tarragon, crunchy chopped almonds, al dente tenderstem broccoli and a clutch of new potatoes. 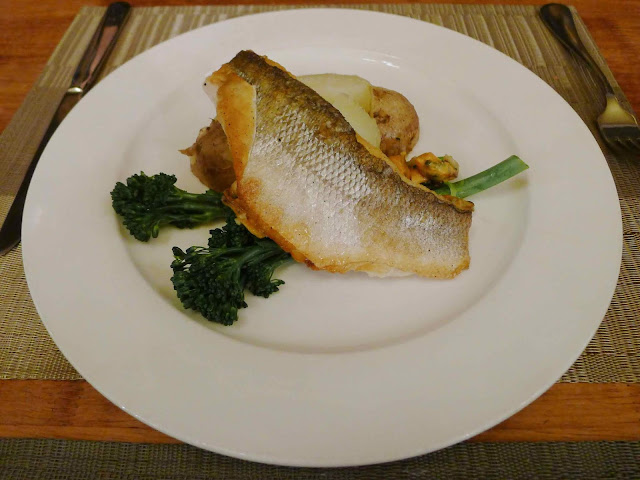 These were both very tasty dishes but both would have benefited from a bit more saucing to lubricate the plates and bring the dishes together. 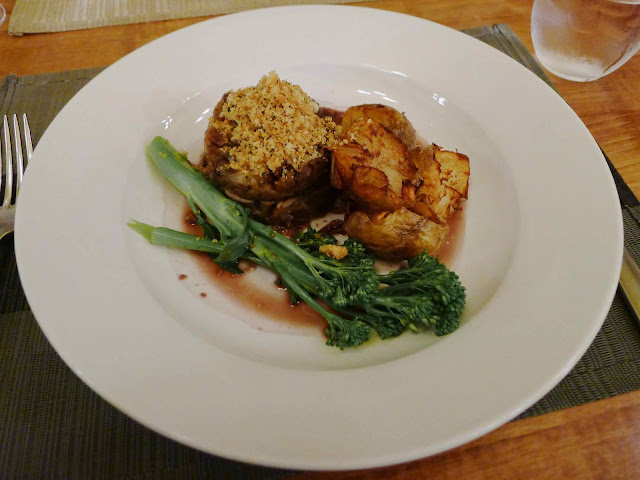 A sharp and not too sweet cauldron of lemon posset (£5.85) had an almost a buttery lemon curd vibe. It was joined by a superb thick and creamy liquorice ice cream with a big herbal hit. Whilst it wasn’t pretty, it more than made up for it in flavour. 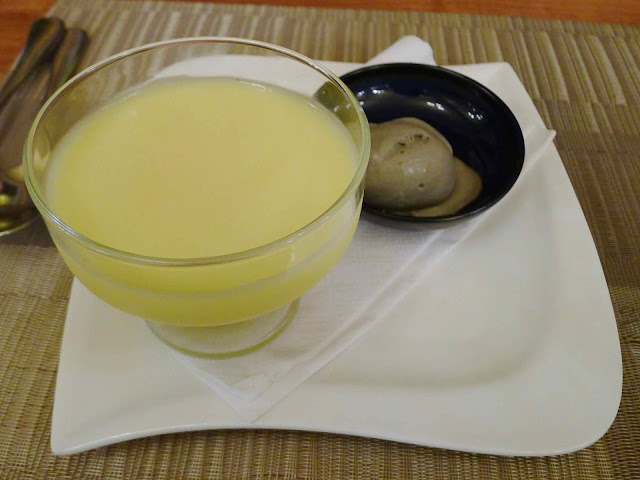 A warm chocolate brownie was big on goo and chocolate. It was lovely paired with a creamy, fresh and natural tasting banana parfait which lacked any hint of artificality. 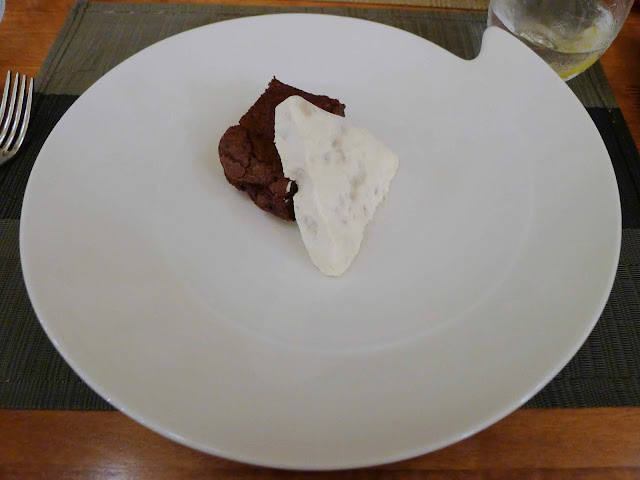 We had a very tasty meal at the Waterloo. It’s worth a visit for the building alone but thankfully the food is well worth checking out too.