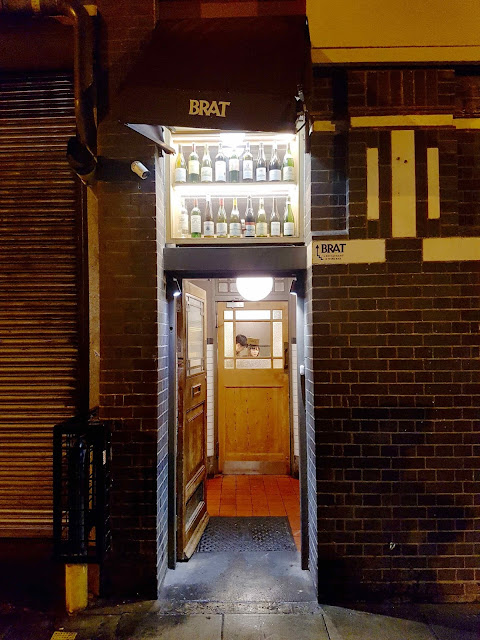 More and more I feel like an adopted Welshman.

I cheer for Wales when the rugby is on (although I only really care about Newcastle United).

And I love calling Cardiff home (but I’m still a Geordie).

So, when I heard that one of London’s hottest chefs was a Welshman, I ‘needed’ to eat his food asap. 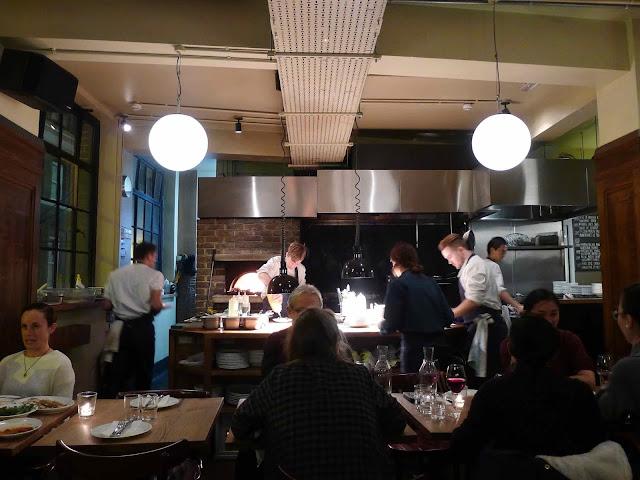 With a CV which includes pot washing at Beaumaris’s Ye Olde Bulls Head and training under Grady Atkins at Cardiff’s Le Gallois, Parry worked at London’s River Cafe (amongst other places in the capital) before becoming head chef of the critically acclaimed Kitty Fisher’s.

The restaurant’s food is inspired by Basque wood-fired grills like Elkano in Getaria where first rate ingredients are treated simply. Instead of Spanish produce however, Brat champions Cornish and Welsh ingredients.

Brat’s menu consisted entirely of dishes we wanted to eat. There was a challenging decision making process as we decided between the turbot (after which the restaurant is named) and other mains like Herdwick mutton, beef chop and lemon sole. 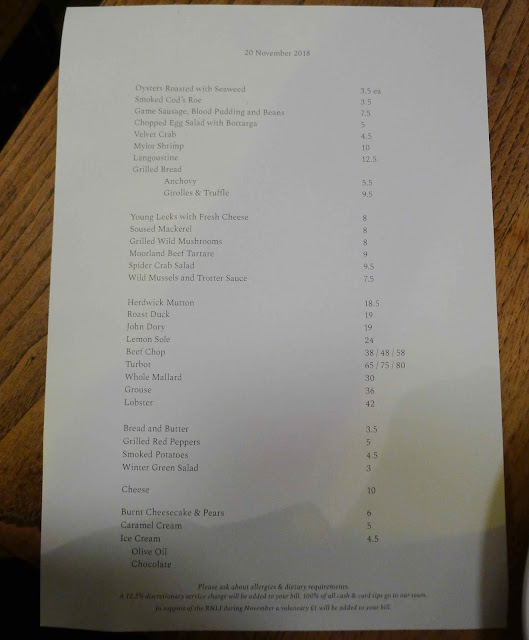 To start, a pillowy, almost neapolitan pizza style flat bread (£5.50) was topped with a good drizzle of olive oil and a trio of beguilingly savoury anchovies. 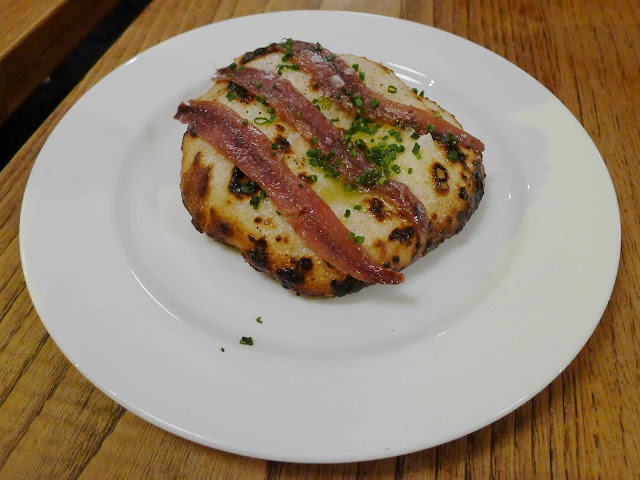 The creamiest of egg mayos (£5) was served on top of wafer thin charred toast. Seasoning came in the form of salty bottarga. But, I think it could have done with a few more slices of the delicious cured fish roe as the egg tasted under-seasoned in the mouthfuls without it. 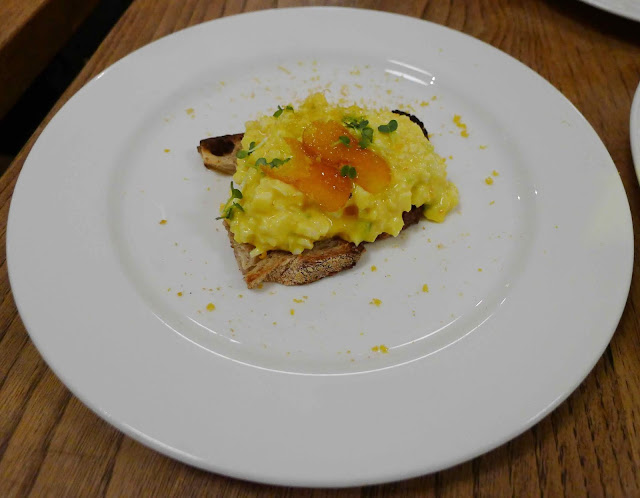 Young leeks (£8) weren't the sweetest but they were deliciously smokey and paired with a delicately creamy fresh cheese and textural contrast in the form of toasted crumbs. 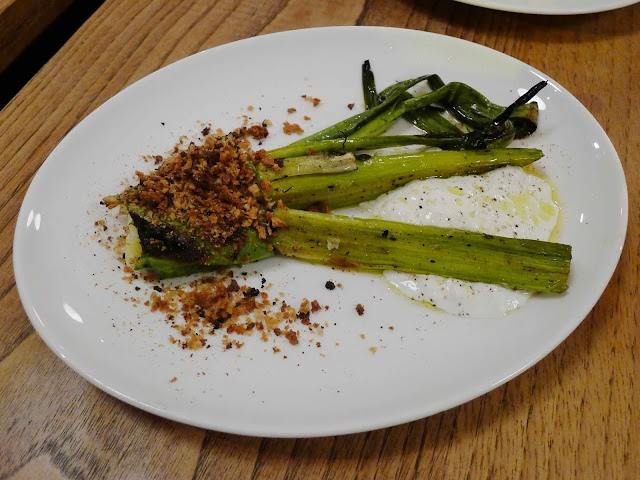 A bowl of wild mushrooms (£8) in a mushroom broth had a brilliant savoury intensity with the luxury levels dialled up by a runny egg yolk. But, a few of the 'shrooms were overly singed giving them a bitter note and bobbing pieces of barley had too much bite. 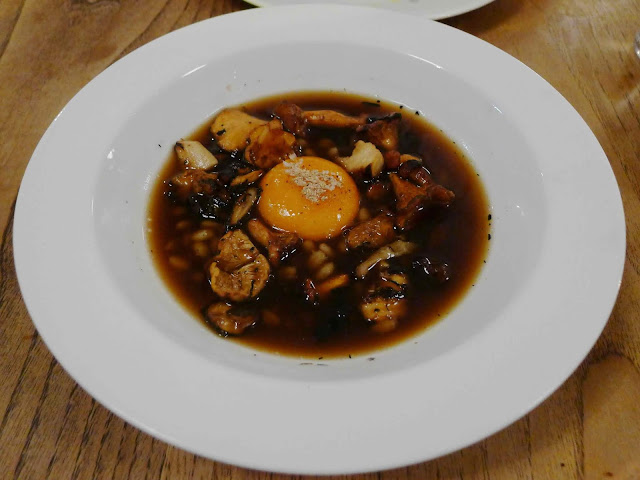 We then waited a over an hour for our main courses. Our friendly server apologised a matter of moments before our food finally put in an appearance.

Roast duck (£19) was brilliant. Breast, with well rendered fat and crisp skin, and gorgeously unctuous leg meat were bathed in a light cooking liquor with a hint of spice. Accompanying roasted beetroot, onions and mushrooms had a lovely complexity of flavour. 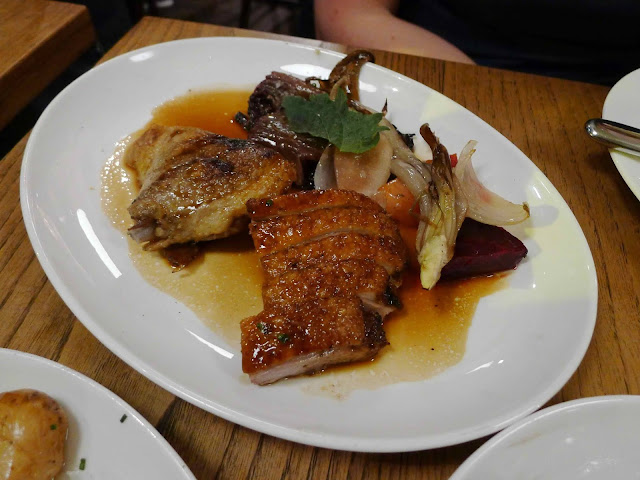 A whole John Dory (£19) was well-flavoured but it arrived tepid so was sent back and returned warmed up and a touch dry as a result. It’s a shame as this was the focal point of the meal. 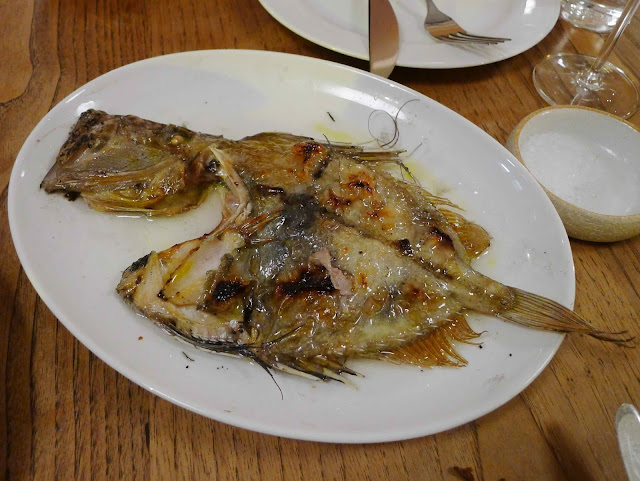 A side of charred and blistered tender smoked potatoes (£4.50) were seriously addictive. 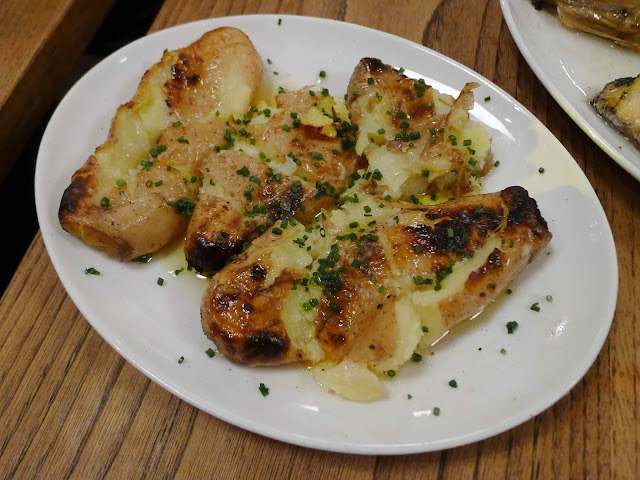 Whilst a generous winter green salad (£3) of bitter leaves was a lovely foil for all that richness. 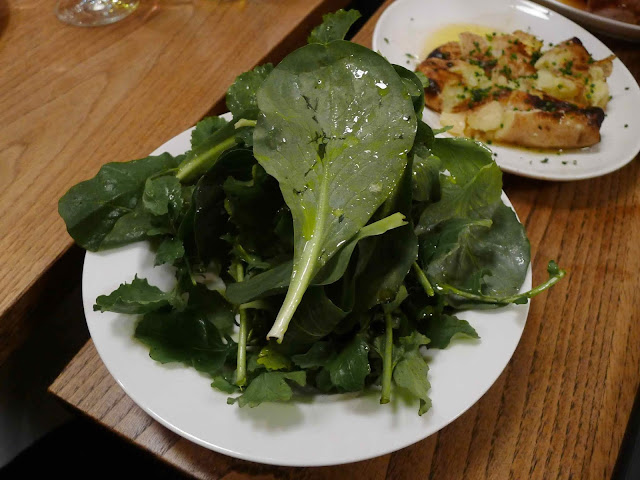 Cheesecake (£6) inspired by San Sebastian’s La Vina was almost as good as the original. Fluffy, burnished, creamy, twanged with citrus and delicately smokey, it was a great pudding. 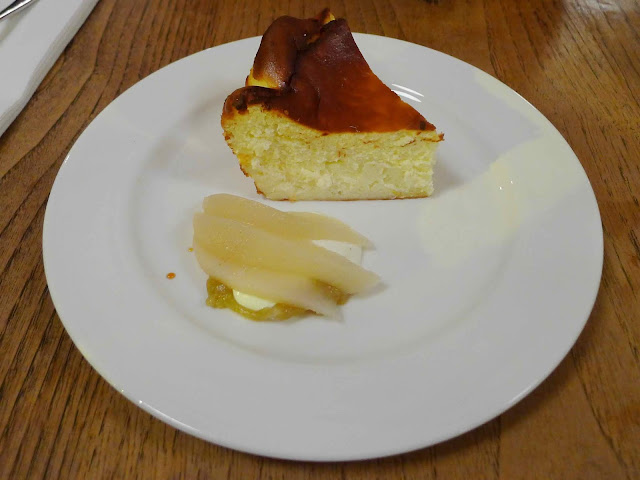 So too was a ludicrously wobbly, egg rich caramel cream (£5) topped with bitter caramel. 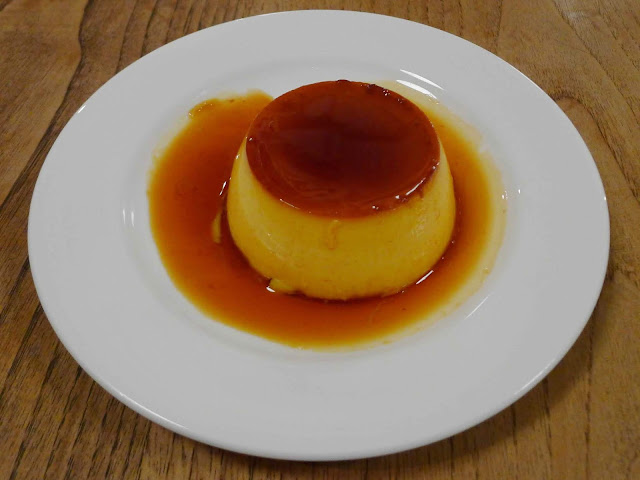 Overall, our meal at Brat was delicious. Their confidently simple, flavour-packed food is right up my street.

But, a frustratingly long wait for a disappointing main course slightly sullied our experience. For that reason, I recommend Brat with reservations.