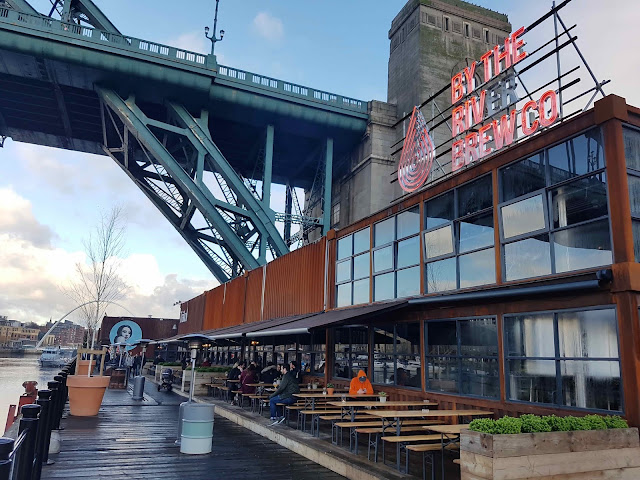 I predict a future where more restaurants have great craft beer lists.

But, instead, best-in-class IPAs, saisons and stouts from top British breweries like Deya, Verdant, Burning Sky and Northern Monk. 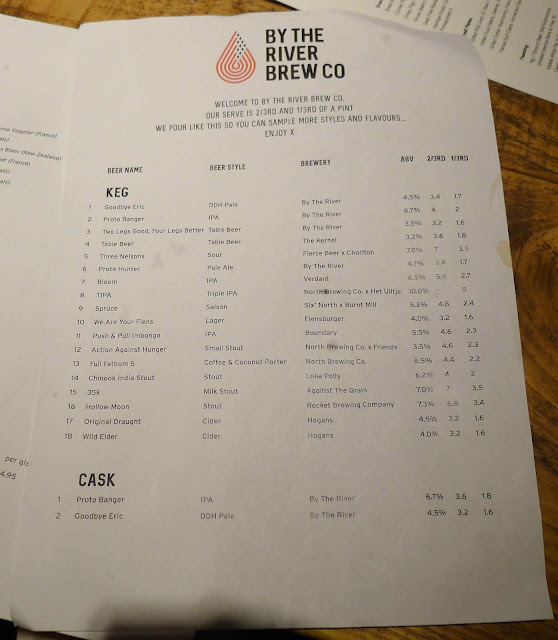 Newcastle's Wylam Brewery is another name that can hold its own amongst Britain’s best brewers.

They've recently launched By The River Co, a container park and microbrewery on Gateshead's Quayside, which includes a restaurant called Träkol and a hawker street food market. It’s set to remain in place for four years but I predict it will stay around a lot longer. 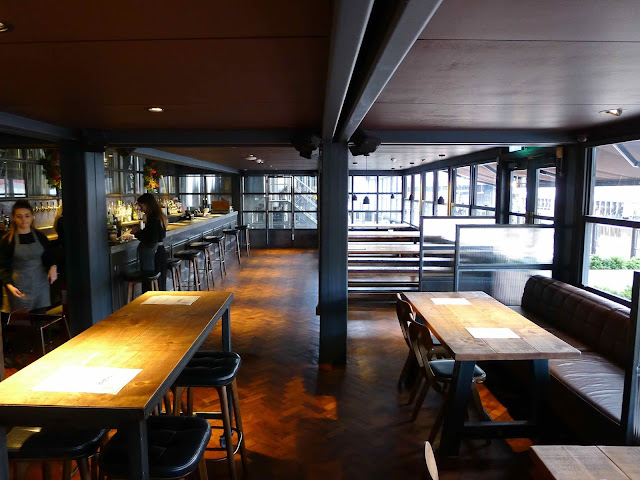 The restaurant’s beer list is awesome. Extensive, well-priced and offering 1/3 pints, I double parked so I could work my way through excellent hoppy brews from By The River, Verdant and The Kernel. 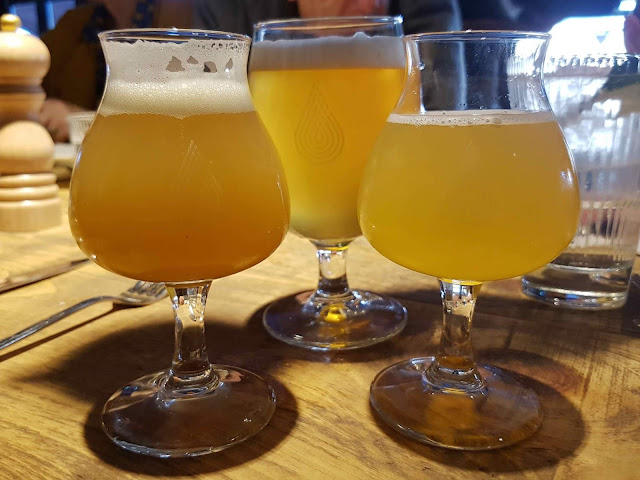 With beer this good, Träkol could really have just phoned in the food. But, their interesting, seasonal wood-fired cooking is very good indeed.

Crispy pigs tails (£3.50) were little lollipops of crisp skin and fat-flecked meat coated in a complex spice rub rich in tongue tingling szechuan pepper and chilli heat. A couple of pieces had a faintly barnyardy whiff but I guess it's always good to remember where your food came from. 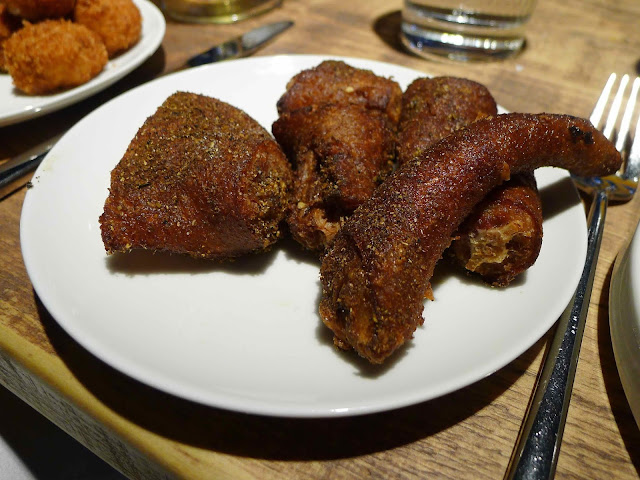 Grilled pork jowl (£7.50) pieces were gloriously unctuous and crisp. Their richness was counterbalanced by a fragrant, citrusy, umami-laden, acidic and coriander-flecked XO slaw. 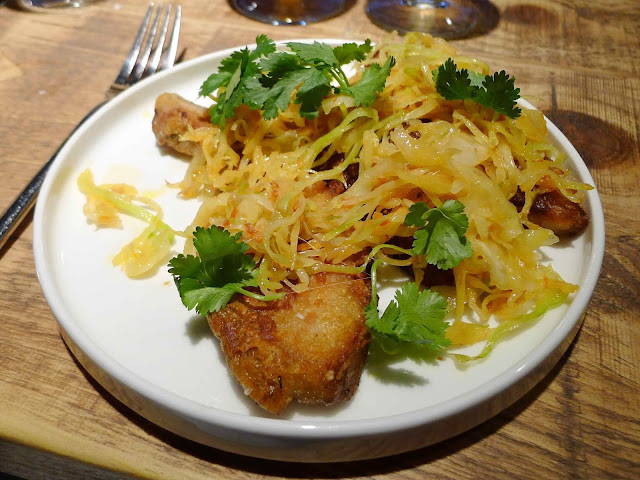 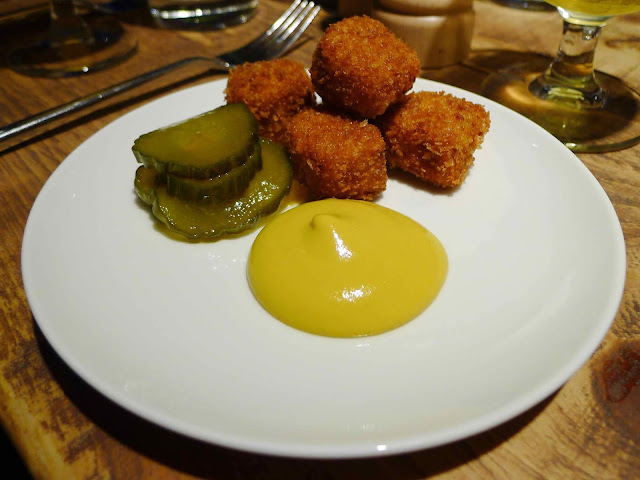 Bread (£2.50) was best in class; beautifully bronzed of crust and light and tangy of crumb. 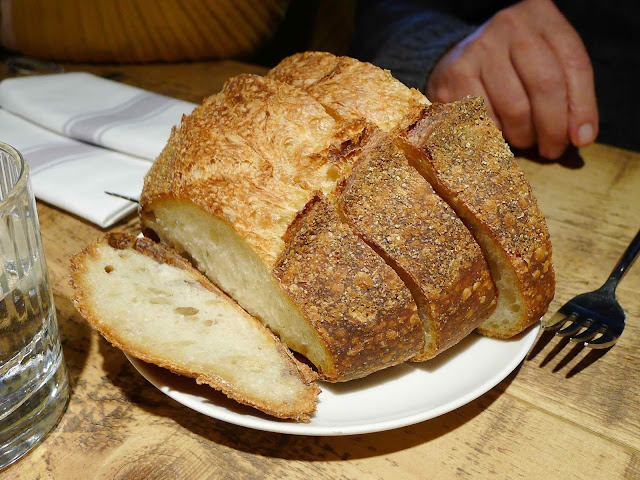 Mains were Geordie-sized portions. There's no way you'd leave Träkol complaining the food was painted on the plate.

A Barnsley lamb chop (£18) was nicely flame-licked, tender of flesh and cleverly combined with complex savoury seaweed and briny cockles and samphire. But, there was an unnecessary pool of oil on the plate. 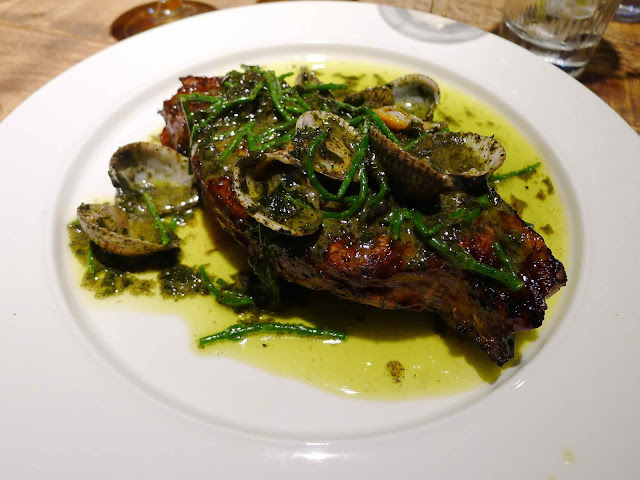 A bang on medium-rare 400g sirloin steak (£20) on the bone had a cracking crust, tender flesh and deep flavour. It's luxury levels were dialled up by a buttery and smokey piece of crisp-crumb topped bone marrow. 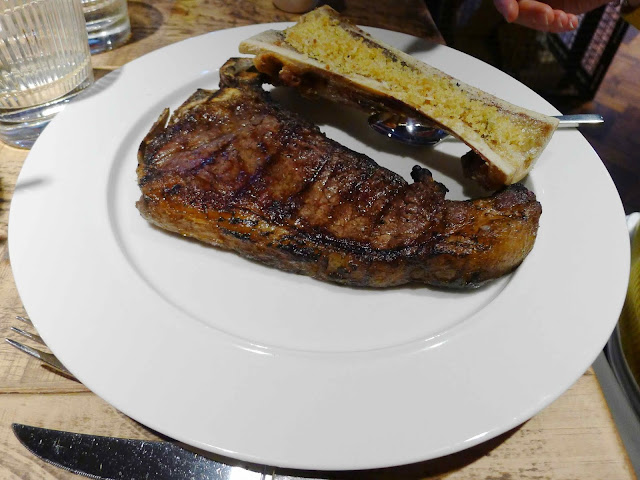 A whopper of a cornish mackerel (£16) was cooked on point. Crisp of skin and oily of flesh it was elevated by the fragrance of fresh dill and mint as well as a dressing of warming peppercorns and lime. 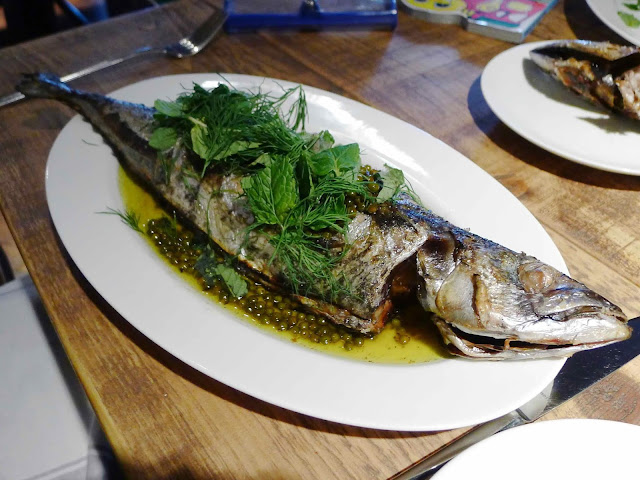 French fries (£3) were bounteous - we naively ordered four bowls for the table. Whilst they were most likely bought-in, they fulfilled their purpose. 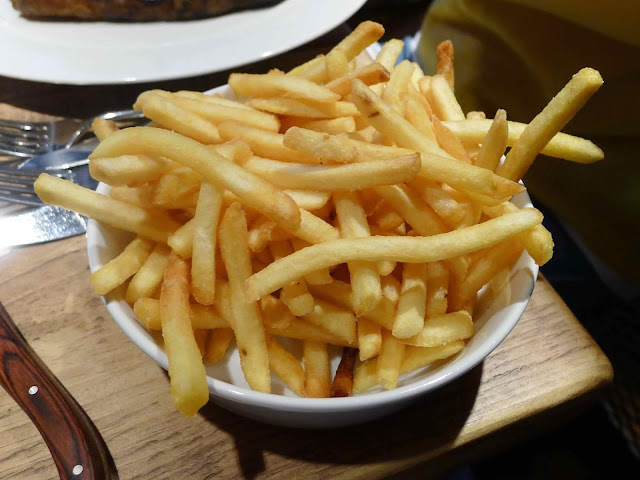 Mrs G raved about her chargrilled cauliflower steak (£11). Tender with a caramelised exterior and crisp leaves, it was enhanced by warming middle Eastern spices, the crunch of almond, acidity of pickles, pearls of pomegranate ands a silky tahini dressing. 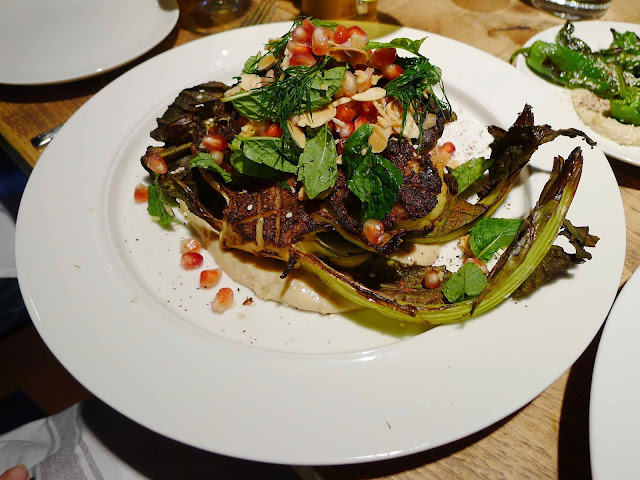 A plate of padron peppers (£3.50) were well-charred, judiciously seasoned with sea salt and served with more of that creamy tahini. 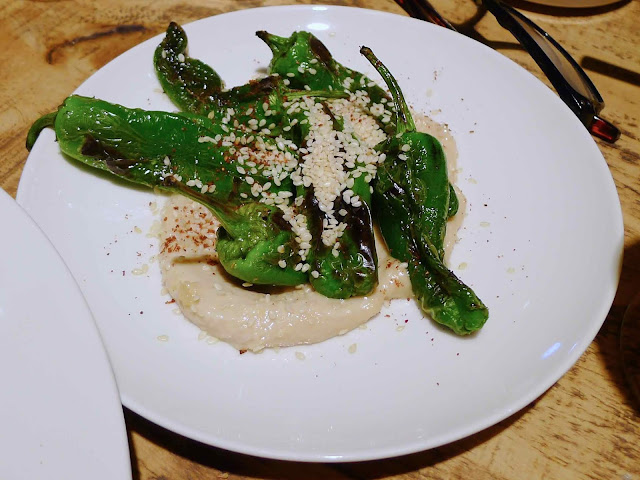 Träkol serves delicious, well-priced food and exceptional beer. It's great for Gateshead to have a restaurant of this calibre.