The Lamb and Flag, Wick, Vale of Glamorgan pub review 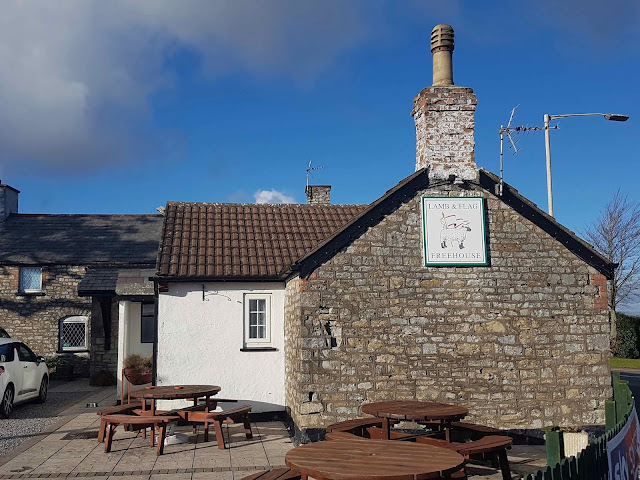 After a beautiful but blustery morning’s walk at Ogmore-by-Sea, a hearty Sunday lunch was always going to be on the cards. 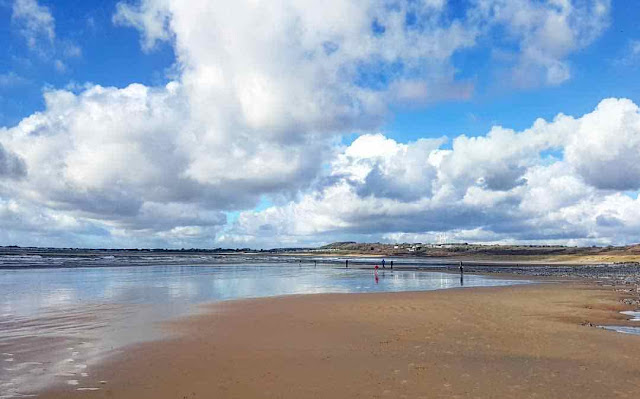 When it comes to country pubs, the Vale of Glamorgan really holds its own. Aberthin’s Hare and Hounds and Llancarfan’s Fox and Hounds are both excellent. And I’ve heard good things about the Bush Inn in St Hilary and the Lamb and Flag in Wick.


It was to the latter that we headed this time, Wick being only a short hop from Ogmore-by-Sea. 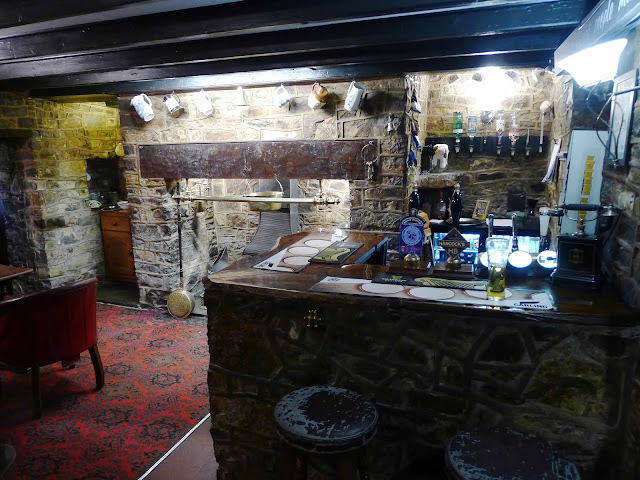 With its roaring log fire, the Lamb and Flag appears to be a traditional, cosy and slightly gloomy local village pub. And its laminated menus and lack of web presence don’t give much away in terms of the quality of the food they serve.

However, the fact it’s owned by John Cook, former chef patron of Arbennig and current owner of Dirt and Hoof, means you know you’re going to be in very capable hands. 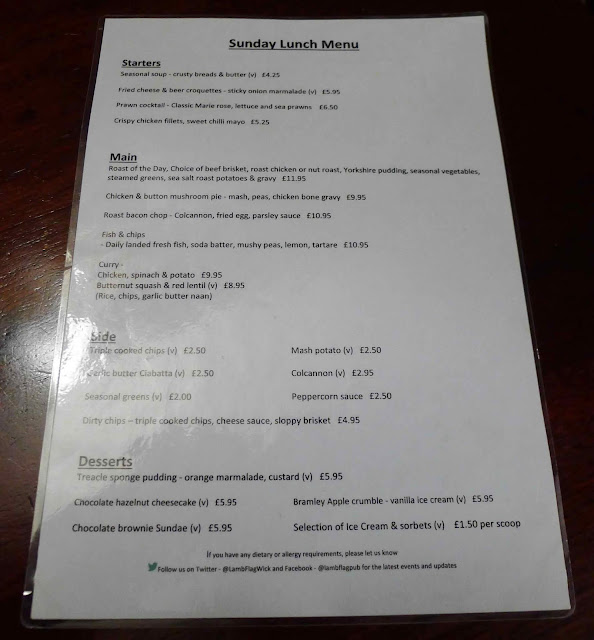 Whilst waiting for our food, I tucked away a pint of bitter shandy (£3.30) made with a lovely Glaslyn Ale from North Wales’s Purple Moose. 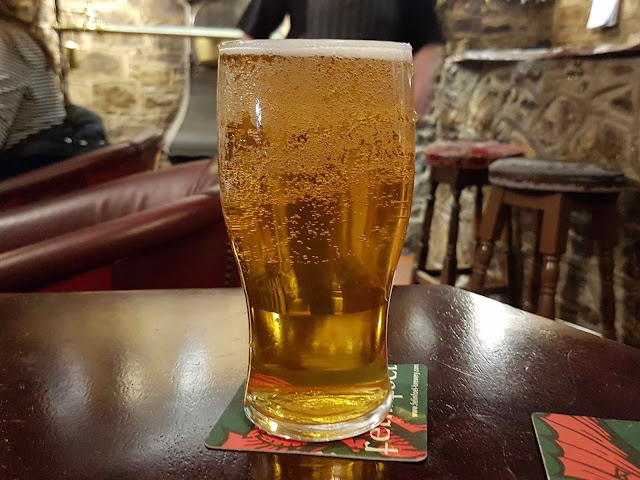 Our starters were all delicious. A prawn cocktail (£6.50) was thankfully not presented in its namesake glass. Instead, a mound of sweet prawns coated in piquant thousand island dressing were loaded onto a heap of fresh iceberg. 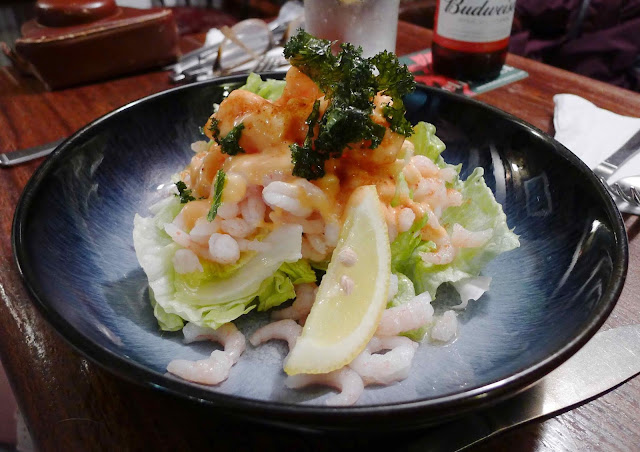 Crispy chicken fillets (£5.25) saw big juicy pieces of bird coated in a light and crisp batter joined by a sweet chilli mayonnaise which added complexity to the dish. 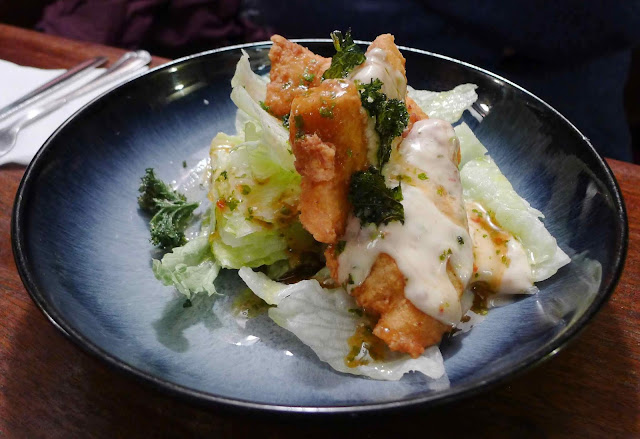 My fried cheese and beer croquettes (£5.95) kicked serious ass. In fact, they’re one of the nicest bits of comfort food I’ve had in a while. Super-crisp golden crumbed croquettes were loaded with an oozy, gooey, fluffy, cheesy, beery and savoury potato mix. Oofh. Whilst they could have conspired to be too rich, a tangy and sweet onion marmalade cut through the richness beautifully. 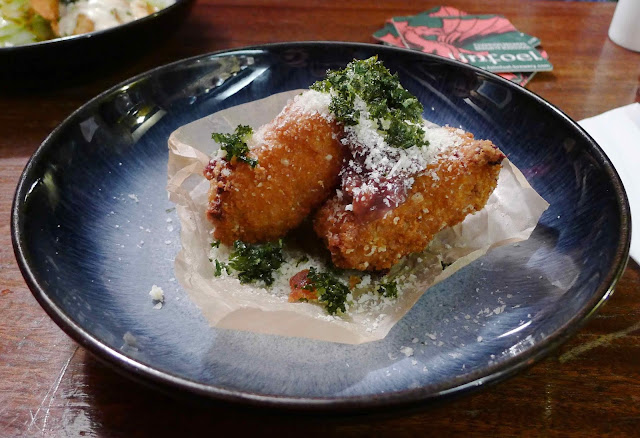 Onto mains and a pair of roast dinners were both excellent. 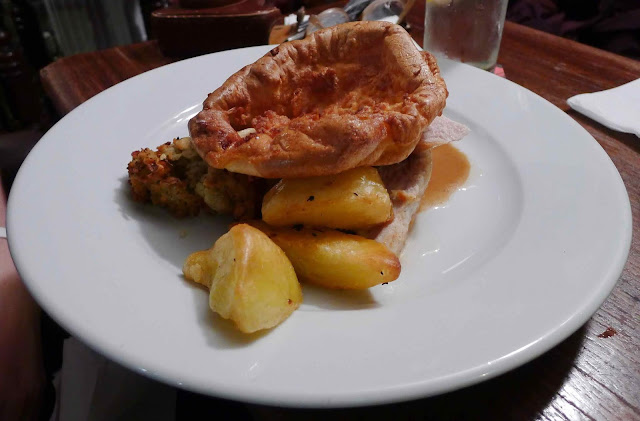 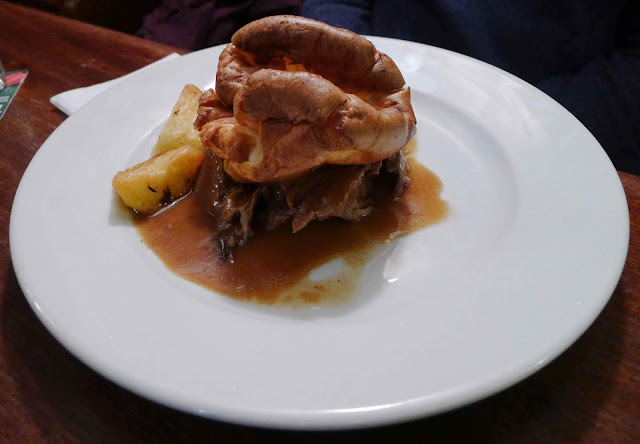 A generous bowl of well-buttered vegetables were the only minor let down. Whilst the cabbage was nicely al dente, a mix of potatoes, swede and carrot were a little on the soft side. 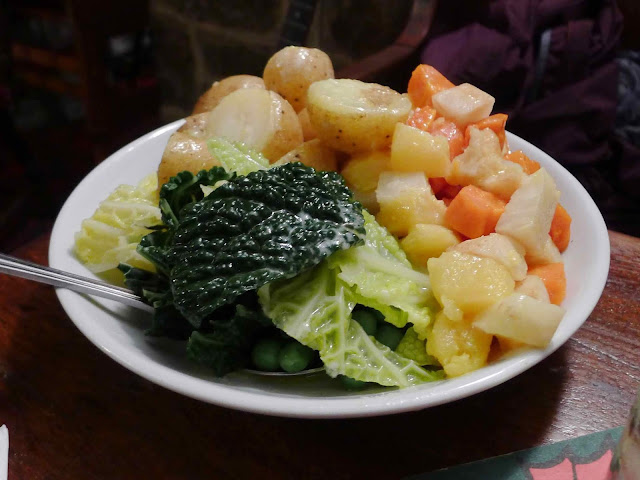 Additional respect goes to the jug of extra gravy which was brought without request. There’s nothing worse than a stingy pour of gravy on a roast dinner. 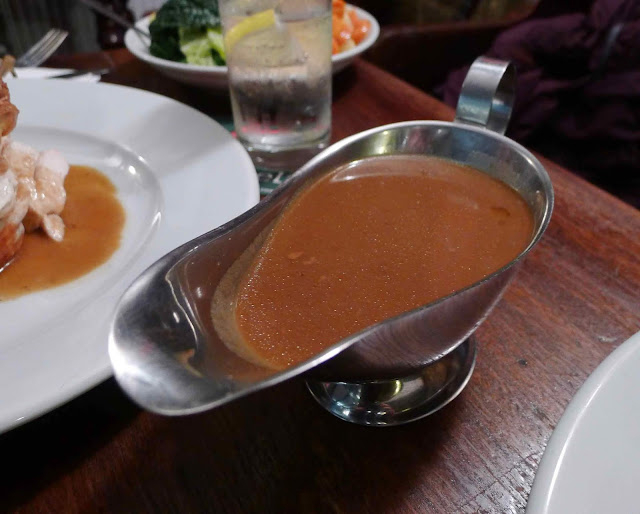 My fish and chips (£10.95) was another cracker. A beautifully flaky fillet of fish was coated in a light and thin batter and joined by proper marrowfat mushy peas. 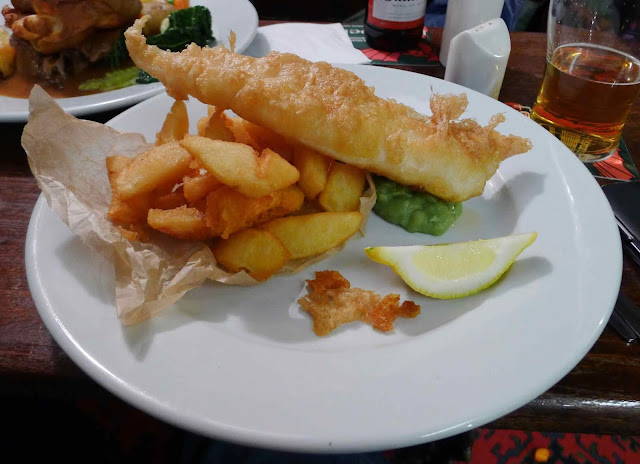 But, the triple cooked chips were the kicker. Stupendously golden, rustling with crispness and fluffy on the inside, they were a damn fine example of their type. 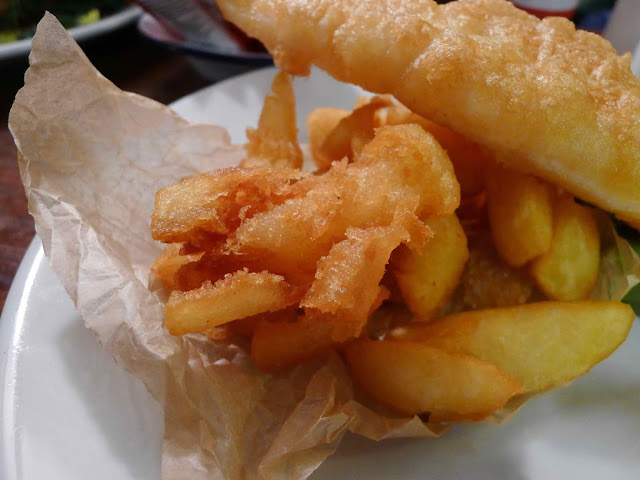 A chocolate brownie Sundae (£5.95) was a handsome fellow. Warm, soft, gooey, chewy and crisp brownie pieces were joined by a thick chocolate sauce, scoops of vanilla ice cream and perhaps a little too much squirty cream. 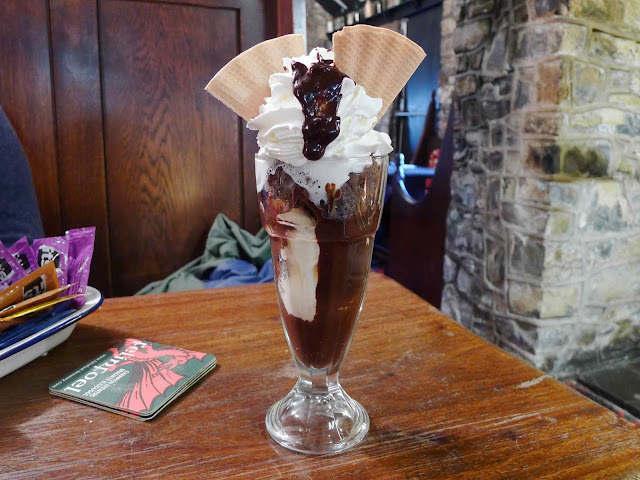 We had a lovely lunch at The Lamb and Flag. If you’re looking to combine a quality roast and a lovely walk in the Vale of Glamorgan, then it’s definitely worth checking out.