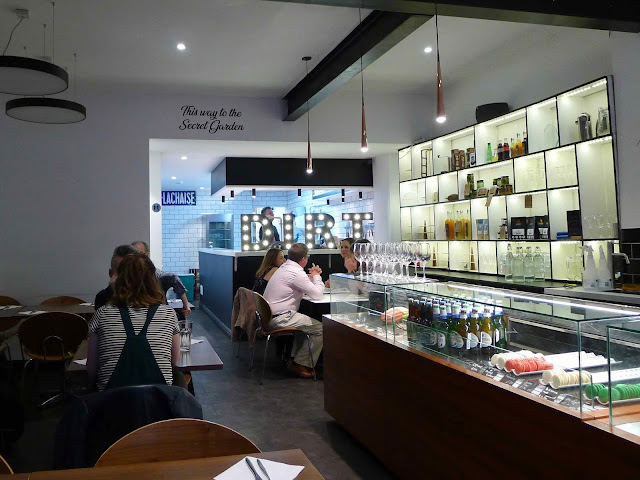 There’s no doubt that flexitarianism is on the rise

Even a dedicated carnivore like myself is ‘attempting’ to reduce my steak intake.

So, I guess it’s no surprise that one of Cardiff’s most well-regarded chefs, John Cook, the former chef-patron of Arbennig, has chosen a vegetarian theme for his series of Dirt supper clubs.

Using the ethos of ‘seed to supper’ cooking, Dirt showcases seasonal vegetable-based food at venues around south Wales. We visited Dirt at Cardiff's Cocorico but another night is taking place at The Quarter Penny in Cowbridge on 21 September. November dates are to be announced soon.

A six course meal (excluding booze) will set you back £40 and the menu changes on a monthly basis. If you have any concerns about the quantity of food you’ll eat then don’t worry - I’d never heard of the veggie sweats until I experienced them at Dirt.

Our meal kicked off with ribollita, a light yet huge flavoured Italian soup which bobbed with bread, cavolo nero, tomato, beans, celery, carrot and breath endangeringly large slices of garlic. A good swirl of glossy olive and a crumble of tangy cheese added extra luxury to the dish. 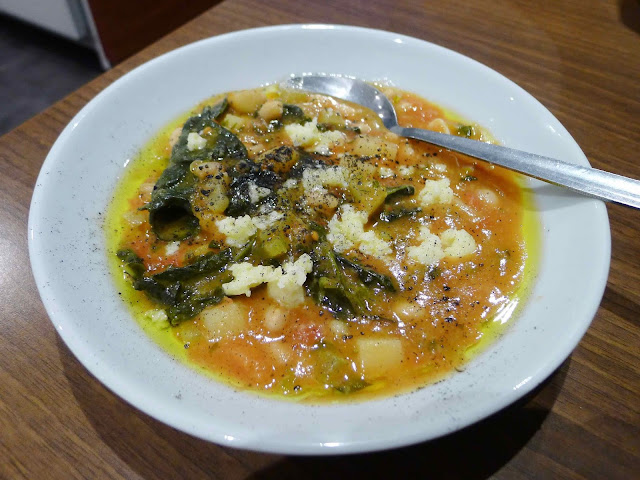 Next up was a mound of finely shredded red cabbage, with just the right amount of bite, flecked with sweet pear, salty feta and the crunch of pine nuts. The dish was brought together by a creamy and delicately tangy buttermilk dressing. 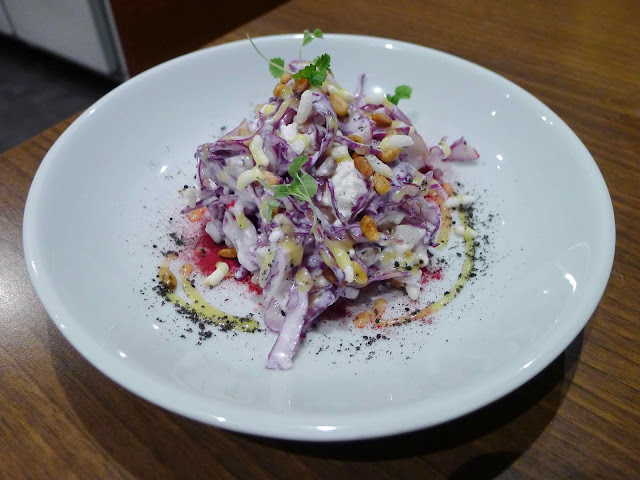 Onto the main course and tender chickpeas and grilled aubergines were enrobed in tomato sauce which delivered Middle Eastern fragrance and a big whack of chilli. The heat was tempered by a good dollop of creamy and yoghurty labneh whilst scorched baby gem brought lightness to the dish. A minor criticism but the gem’s lick of char was barely perceptible. 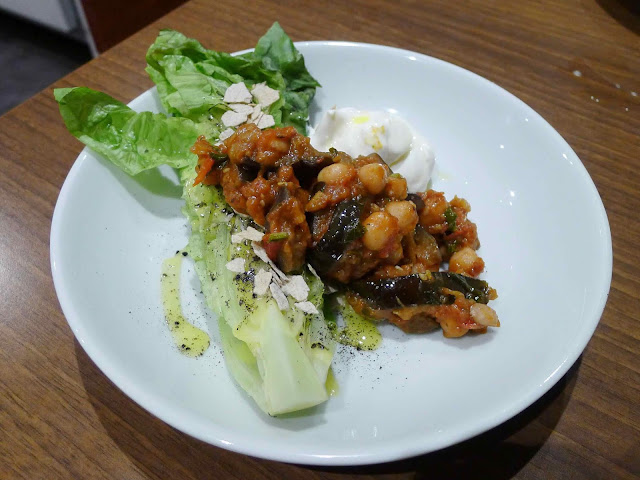 Next up was a delicious assembly of three great Welsh products - moist and nutty walnut bara brith from Baked by Mel, fruit-packed fig and apple chutney from Inner City Pickle and buttery and tangy Black Bomber cheese. 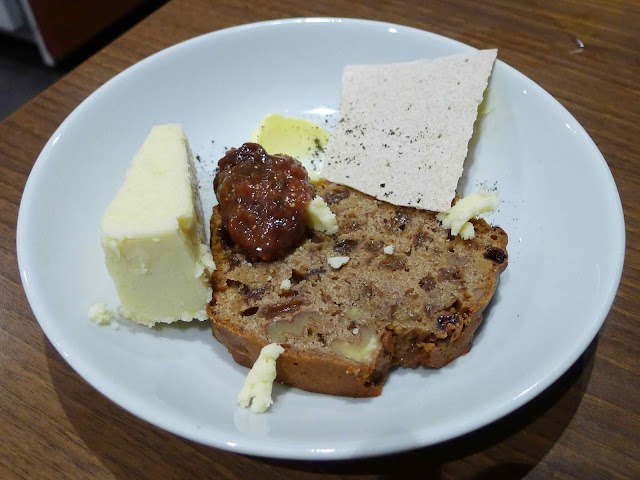 Dessert was my standout of the night and the first time I’ve ever knowingly eaten cobnut; apparently they’re a type of hazelnut. Warm and super short pastry was filled with a compellingly nutty and moist cobnut frangipane. It was served with tart elderberry sauce and a clever airy cream whose sweetness was delivered by the addition of barley. The pud reminded me of the ultimate jam tart and cream. 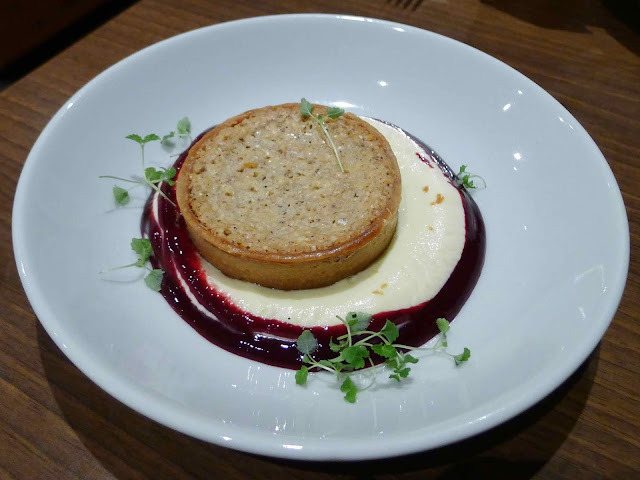 Dinner was rounded off by a signature chocolate Dirt carrot, made in collaboration with Cocorico. Sat on edible chocolate soil, a strawberry and coconut variety tasted like a lux strawberry mouse whilst a dulce de leche number was like a high end Caramac. 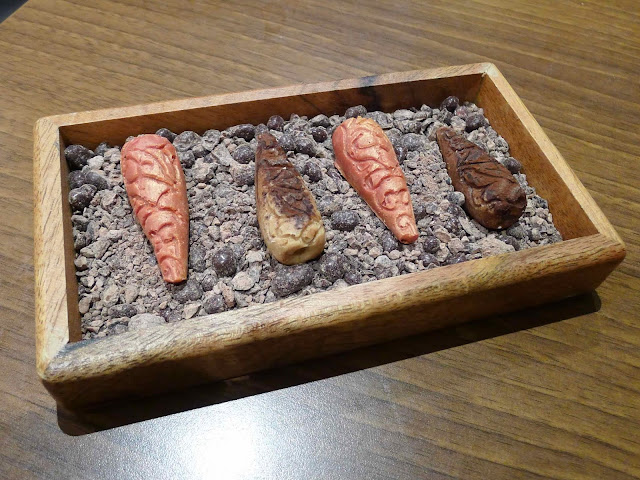 We had a cracking evening at Dirt. It’s vegetarian food like this which doesn’t make me miss meat for a second. I’d highly recommend booking in for an evening.