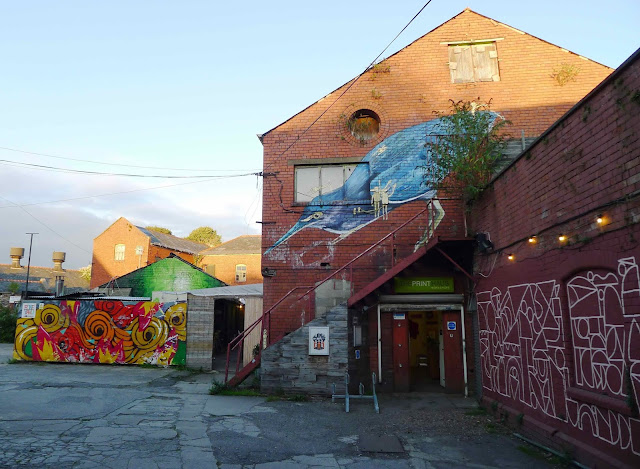 Phill Lewis, the owner of Dusty Knuckle, is at the vanguard of Cardiff’s food scene.

As well as being one of the first street food vendors to make the transition to bricks and mortar in 2016, he organised this year’s brilliant Bite festival at Insole Court and is half of the cheekily named Ogmore Beach pop-up Two Anchors.

Despite having eaten Dusty Knuckle’s Neapolitan style pizza on a number of occasions from their street food stall, I’ve never got around to a sit down meal at their restaurant.

Located in a covered semi-outdoor area in Canton’s The Print Haus, it’s a beaut of a space - mishmashed furniture, a woodfired pizza oven and graffitied walls all give off good vibes. 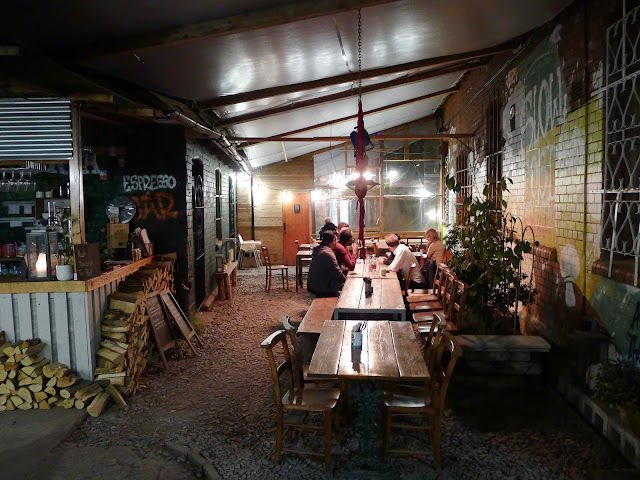 The menu sees creative seasonal starters and pizza specials combine with classic pizzas and comfort food puds. On our visit their signature Blas y Mor pizza was out of stock but it’s a cracker of a combo of cockles, bacon, samphire and laverbread.

The booze selection is well-considered too. Draught beers are provided by nearby Pipes and there’s an interesting list of natural wines.

Mrs G had a half of Pipes California Pale Ale (£2.25) whilst the designated driver made do with a can of Soda Folk root beer (£1.80). She then moved onto a very neckable glass of Bergerie de la Bastide white wine (£4). 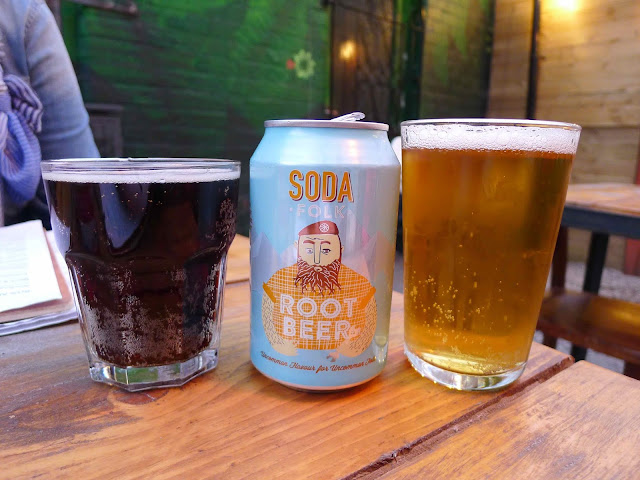 A super pretty heritage tomato salad (£6) combined sweet and juicy toms with creamy shreds of mozzarella, a drizzle of glossy olive oil, leaves of basil and the vinegary hit of caper. 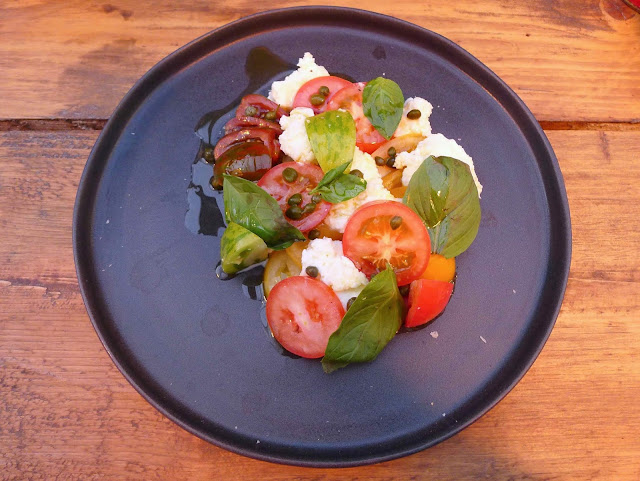 The second starter was immense; in fact, I’m going to “attempt” it at home. Crusty toasted sourdough (£5.50) was dolloped with creamy mascarpone and served with a mound of salty, oily and savoury anchovies which hummed with garlic and parsley. The combination was killer. 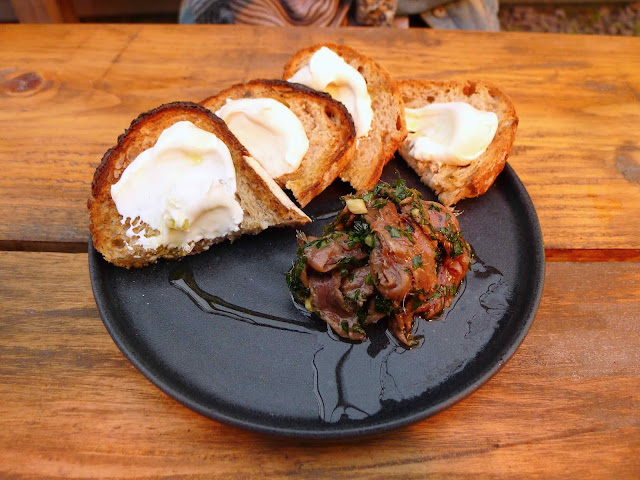 Onto our pizzas, and they were both very tasty but let down slightly by fairly dense and doughy crusts. I’ve had better from Dusty Knuckle on previous occasions.

The thin base and flavour-packed tomato sauce on both pizzas were on the mark.

So too, was the gooey fior di latte cheese and leaves of basil on my Margherita (£8). 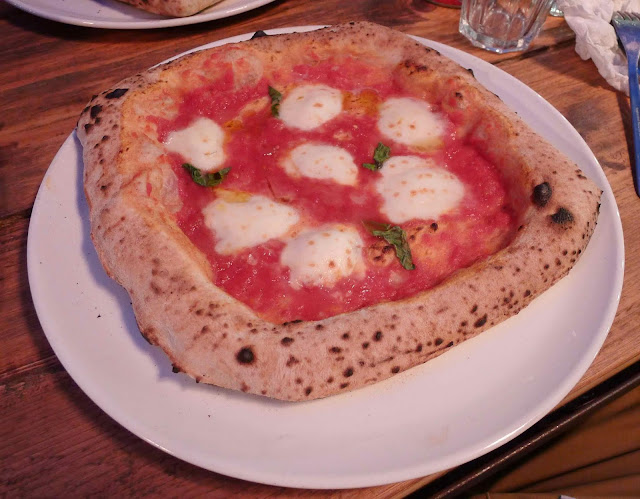 The beautifully creamy ball of burrata and dots of fiery spreadable sausage on Mrs G’s 'Nduja (£11) were lush too. 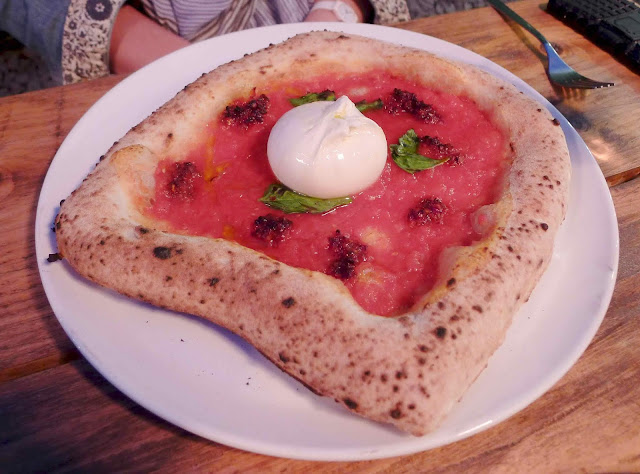 Dessert knocked it out of the park. A gloriously creamy, wobbly and vanilla-flecked panna cotta (£5) was topped with fragrant diced peaches and chopped pistachios. 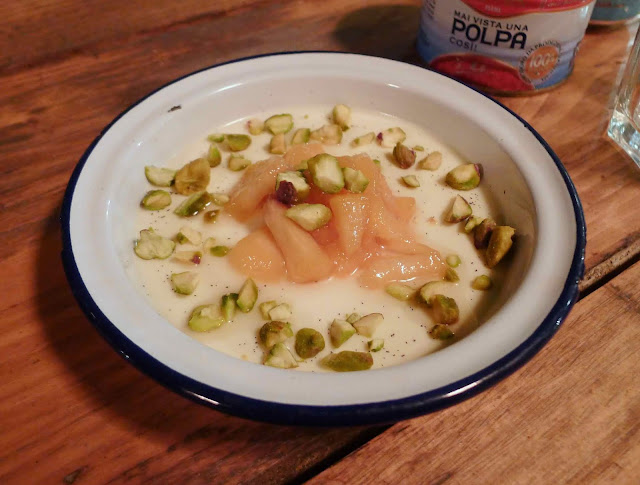 We had a really tasty meal at Dusty Knuckle. It’s a stalwart of Cardiff’s independent restaurant scene for good reason.