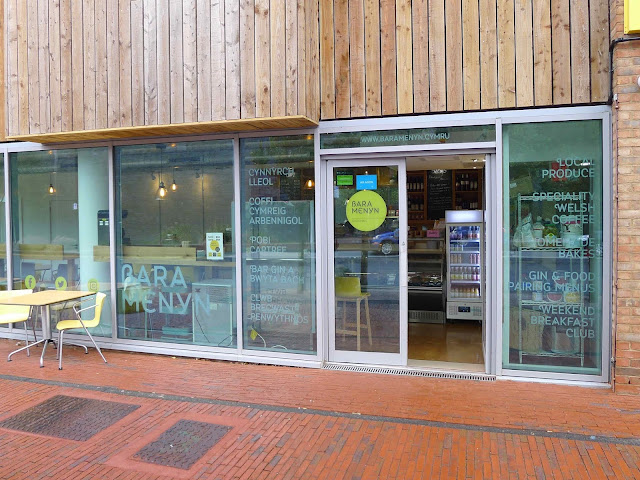 Apologies if you have a sense of déjà vu as I’ve already reviewed Bara Menyn and ordered exactly the same things before.

Having finished their residency at Ffandango’s on Llandaff High Street, Bara Menyn now have their own permanent gaff at the Gloworks in Cardiff Bay’s Porth Teigr area.

It’s a slightly peculiar location - during the week I imagine they’re kept busy with workers from the office upstairs and staff from the BBC. But, on a Sunday morning the area is deserted except for a few security guards from the Beeb patrolling their territory. And there’s only one other table occupied during our meal. 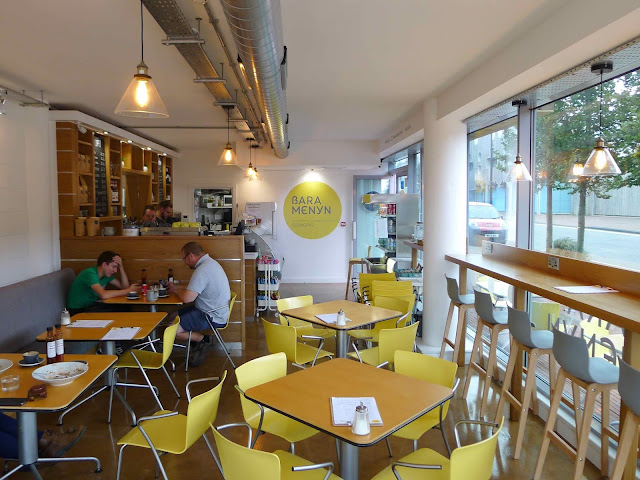 Bara Menyn’s menu reads well with a Welsh slant to many of the dishes on offer including Buck rarebit with poached egg and chipotle marmalade (£6) as well as homemade Glamorgan sausage sandwiches (£4.20). 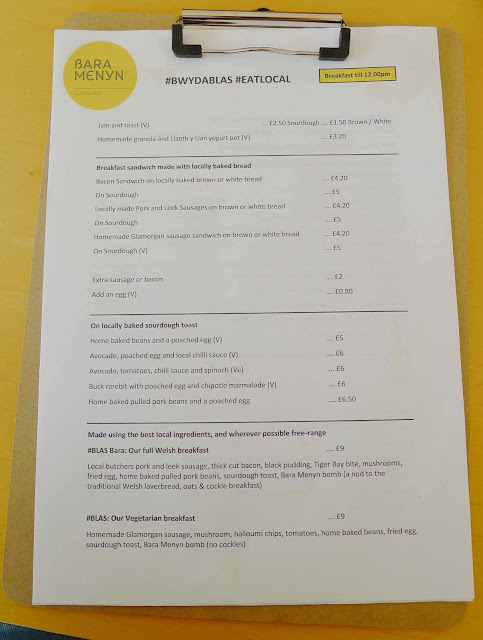 Coffee is supplied by Carmarthenshire based roasters Coaltown. Our flat whites are both lovely and they’re deducted from the bill as we have over a 30 minute wait for our breakfasts. 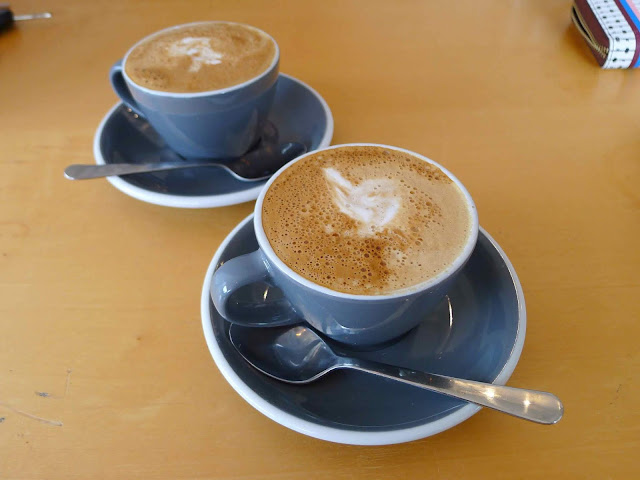 Both our dishes are big beasts. But this isn’t at the expense of quality; you can tell there’s a focus on top-drawer producers here. Take for example their house tomato and brown sauces which come from Merthyr Tydfil’s Chilli of the Valley. 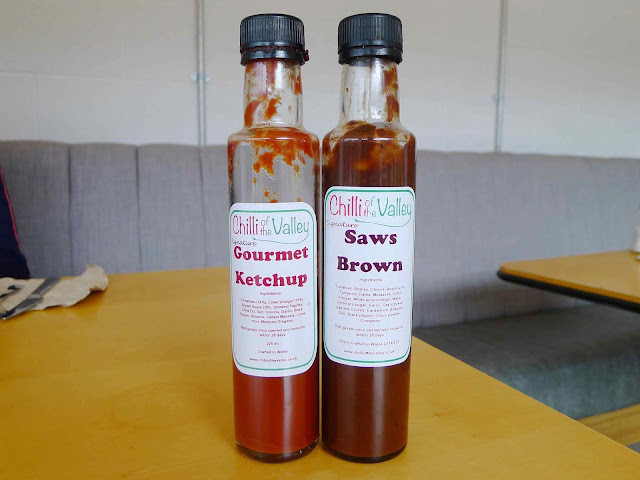 My full Welsh breakfast (£9) comprised of a pair of well-seasoned and meat-packed pork and leek sausages, thick cut bacon, a big wodge of black pudding, a meaty portobello mushroom, a nicely browned grilled tomato, a runny fried egg and home baked beans made with an intense tomato sauce with a good thrum of chilli.

A couple of ingredient substitutions meant that sourdough toast was replaced by wholemeal with a good slather of butter. Meanwhile their signature cockle, oat and laverbread bomb was swapped for thick cut sautée potatoes sprinkled with crisp seaweed. Whilst both swaps were delicious, I’m sure the billed items would have elevated the breakfast even further. 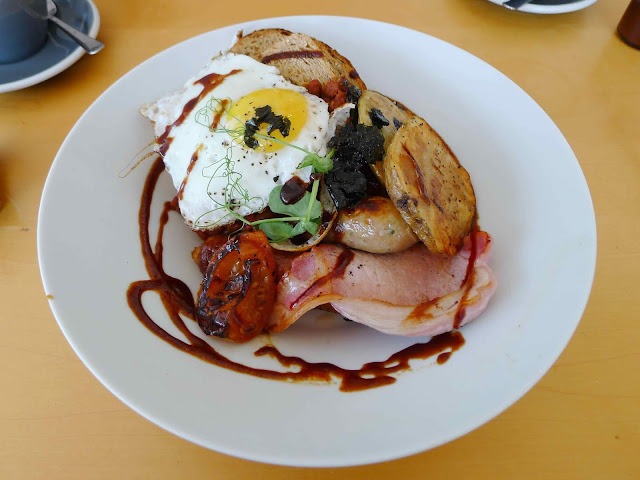 Mrs G’s vegetarian breakfast (£9) switched the meaty items on my breakfast for golden sticks of fried halloumi and a top drawer Glamorgan sausage which was crisp of crumb and packed with uber-cheesy and leek-flecked mashed potato. 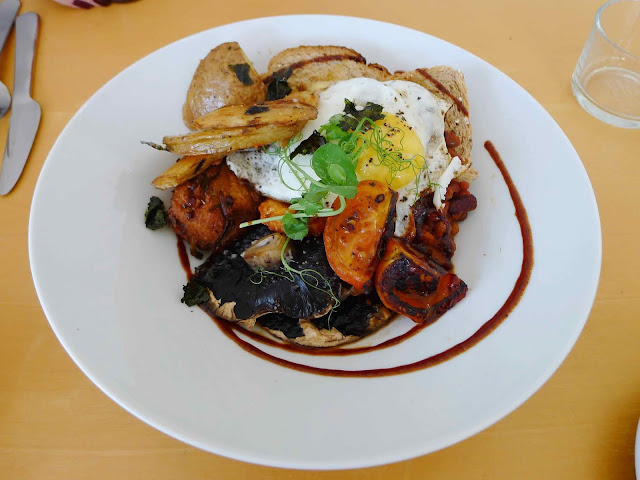 We had a delicious brunch at Bara Menyn - it’s one of so few quality independents amongst Cardiff Bay’s sea of chains. Even if you’re not based down the Bay, it’s worth heading down for a restorative fry-up.