North Road's Hogwurst appears to have undergone a form of restaurant-ception. For a Korean hot wing restaurant has opened within it.

Hogwurst's menu of tasty hot dogs is still very much in existence; although they now use German sausages instead of Native Breeds' award-winning frankfurters. 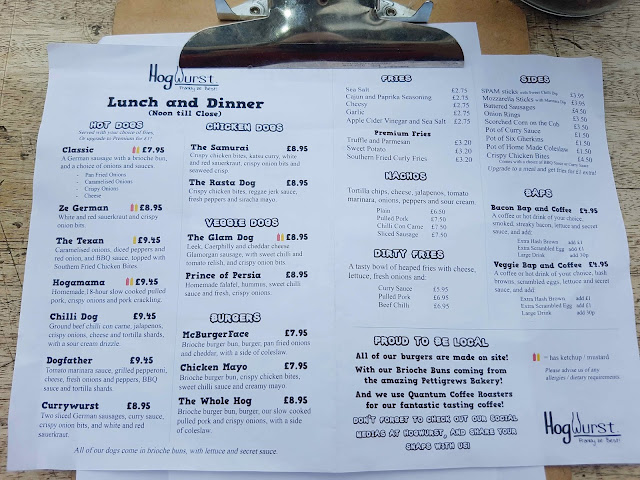 But, alongside their hotdogs, the Hogwurst team are now serving a menu of chicken wings branded Seoul Street Hot Wings. I guess the separate brand, social media feeds and website is a canny move to stand out on food delivery platforms like Uber Eats and Deliveroo.

The menu is compact, featuring only three wing options - a mild, medium and a nuclear hot naga ghost chilli variety. As I'm not a masochist, I put the two less spicy options through their paces. 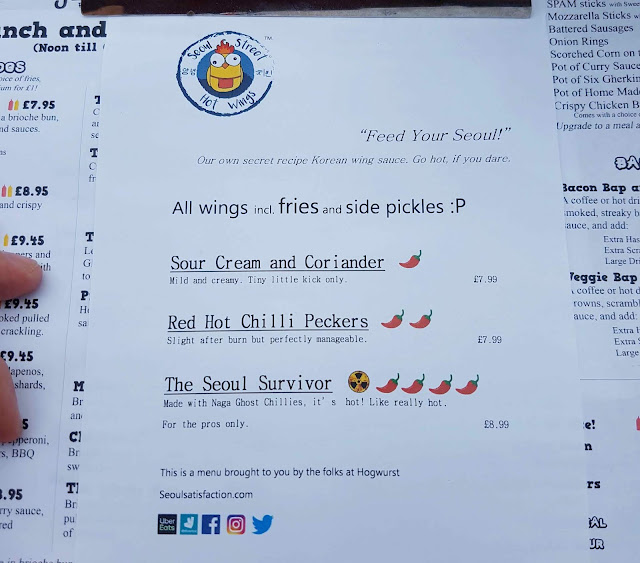 I drank an iced tea but it's well worth knowing that Hogwurst / Seoul Street allow you to bring your own booze without any corkage. 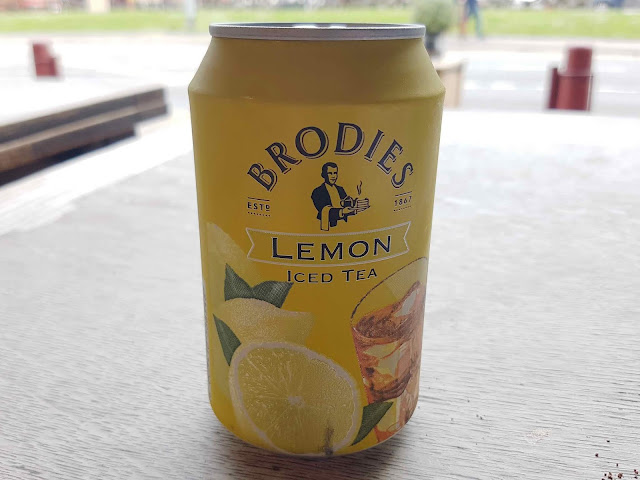 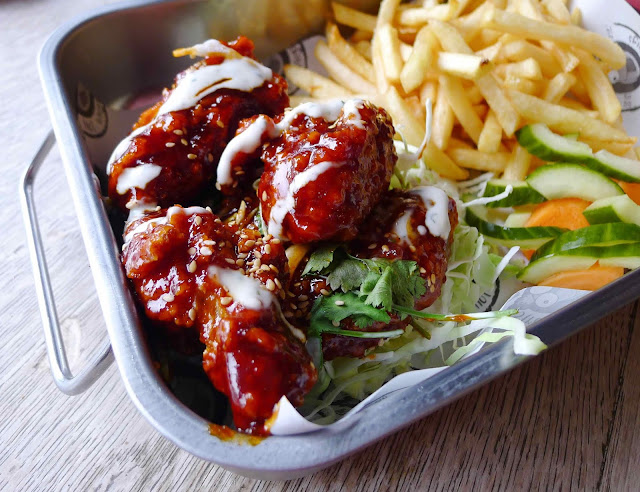 Accompaniments included lightly pickled cucumber and carrot, crisp yet unseasoned fries (thankfully there was a salt grinder on the table) and a bed of shredded white cabbage which was a handy mop for the sticky chilli sauce. 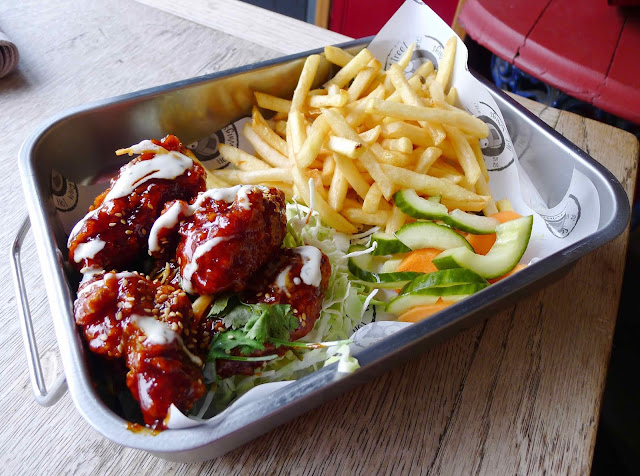 A portion of mild sour cream and coriander wings (£7.99) were merely tasty in comparison. Essentially the Red Hot Chilli Peckers without the chilli sauce, they were crisp of crumb and tender. But, the crumb was a bit on the bland side, lacking both spice and seasoning. Unfortunately, a drizzle of coriander sour cream didn't deliver a big enough hit of flavour. 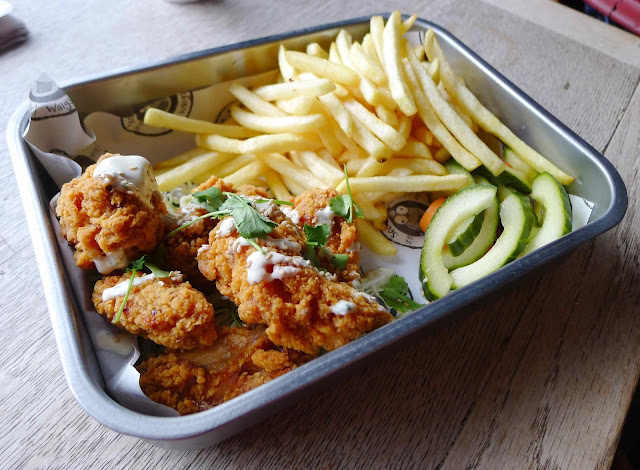 I'm no Korean wing authenticity expert but I think Seoul Street Kitchen's Red Hot Chilli Peckers are delicious. I'd gladly guzzle them down again alongside a hot dog and a few BYO beers.