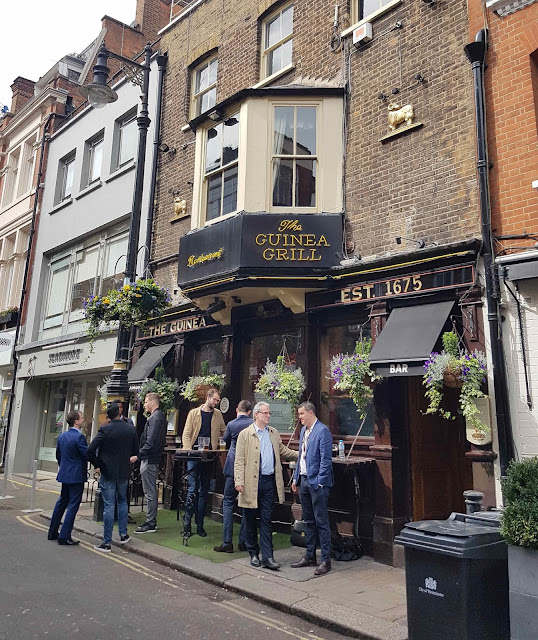 Located in the heart of Mayfair, the Guinea Grill is a glorious old boozer and grill house which has occupied the same site since 1675.

Best known for their high-end mixed grills, multi-award winning steak and kidney pies and curly haired landlord Osian Rogers, the Guinea serves a concise bar menu (from which I ordered) alongside a more extensive restaurant menu. 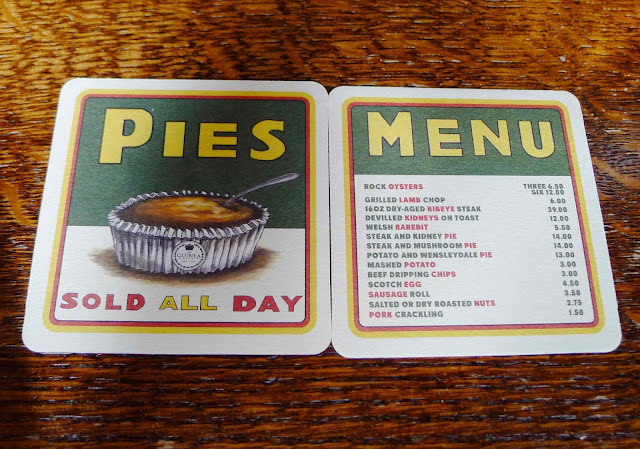 When I arrived at midday on a Friday, a bunch of suits were already tucking away their lunchtime pints. I joined them with a pint of hoppy and easy drinking Founders All Day IPA. 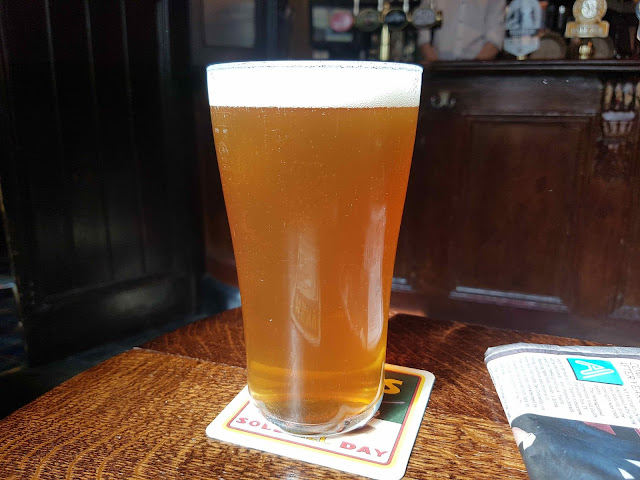 A very good scotch egg (£4.50) combined tightly-packed, well-herbed sausage meat, a golden-yolked runny egg and a crisp crumb. As Osian is the founder of the Scotch Egg Challenge, the UK’s foremost scotch egg competition, I wouldn’t expect anything less. 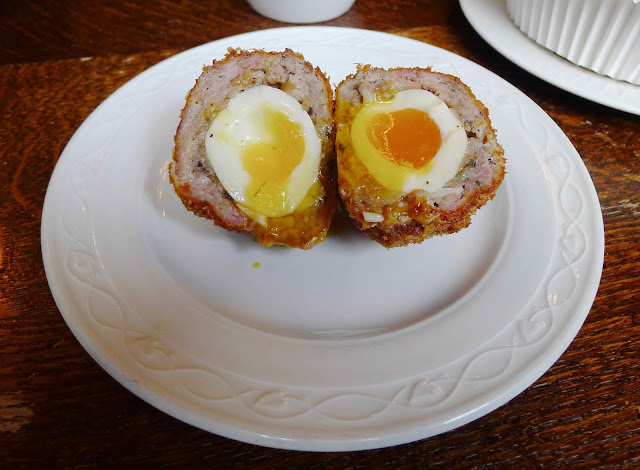 The ruffle-necked steak and kidney pie (£14) was even better. A thick and crisp yet not too heavy suet crust provided the canopy for thick shreds of big-flavoured beef bound with gravy and flecked with the occasional mushroom and kidney. 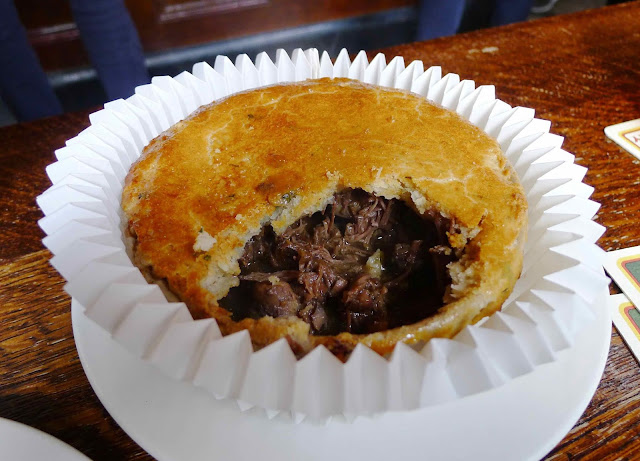 A bowl of crisp skin-on and meaty beef dripping cooked chips (£3) and a dollop of fiery English mustard was the perfect accompaniment. 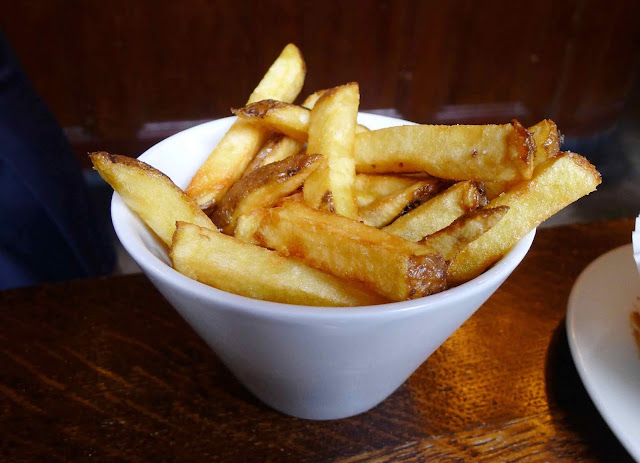 The Guinea serves delicious, high end pub food in the middle of London. I recommend it.