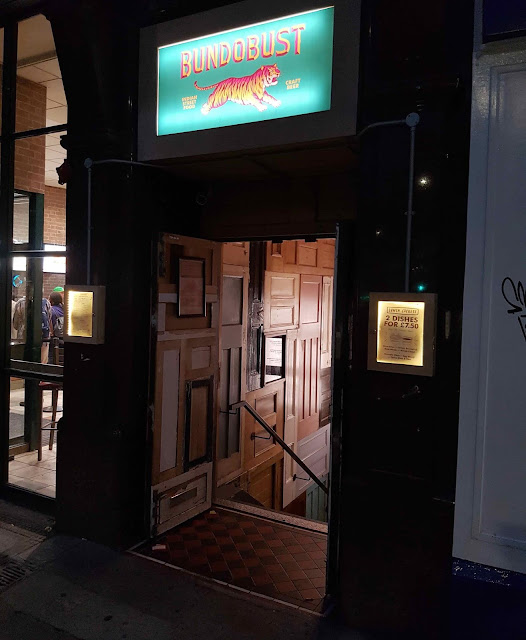 There are few things I would rather do on a Saturday night than gorge myself on epic craft beer and Indian street food.

Bundobust, a trio of restaurants in Leeds, Manchester and Liverpool, serve exactly these two things. Unsurprisingly therefore they've been on the list of places I’ve wanted to visit for a very long time. 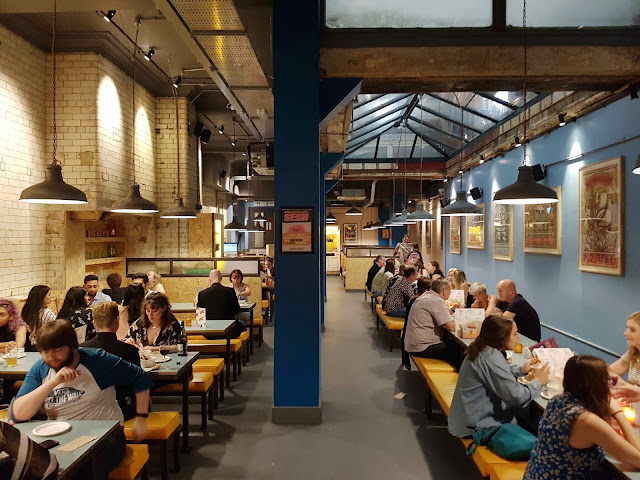 Their knock-out selection of craft beer on tap and can includes top UK and international breweries such as Cloudwater, Mikkeller, Finback and Boon. Whilst we waited for our table (it’s primarily no reservations) I knocked back a Cloudwater CY18 Simcoe IPA which did a good impression of thick pineapple juice and a highly neckable Northern Monk Eternal IPA. We also did extensive damage to a giant tub of spiced mixed nuts and pulses (£3). 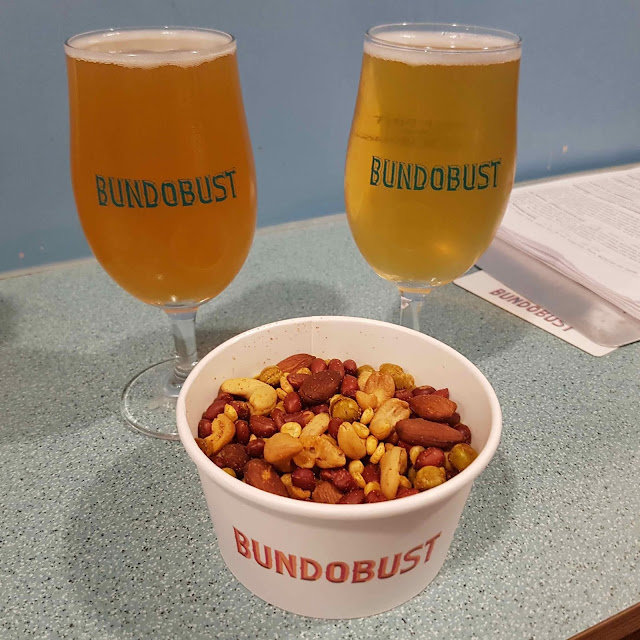 A pair of excellent mango lassis (£2.75) were thick, tangy, fruity and not too sweet. 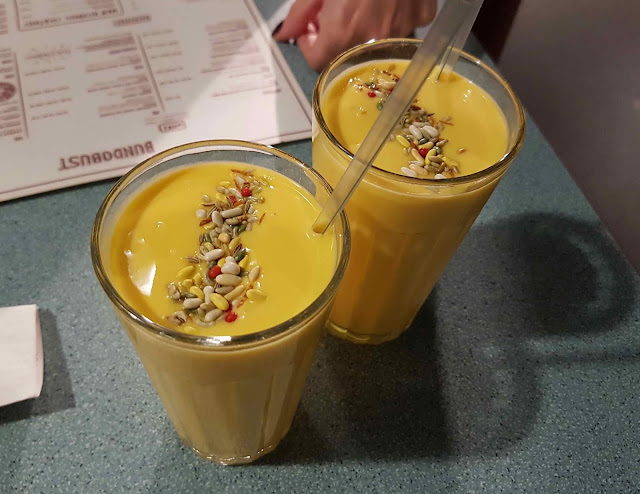 Bundobust's menu of sharing street food is entirely vegetarian and well-priced with each dish weighing in between £4 and £6.50. The kitchen has pedigree too as one of the owners is from the family behind Bradford's acclaimed Prashad. Mrs G and I ordered six dishes to share and even we were nearly defeated by the quantity of food. 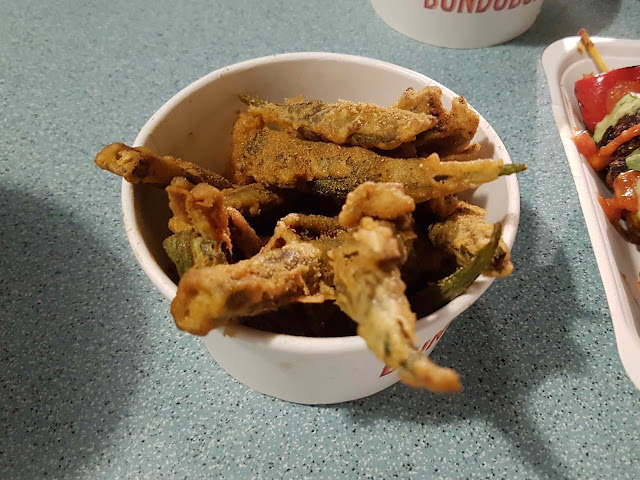 Bundo chaat (£4.75) was a riot of textures. Crisp samosa pastry shards and turmeric noodles and soft potatoes and chickpeas were drenched in creamy yoghurt and sweet and tangy tamarind sauce. I found the dish a little too sweet but it was Mrs G’s favourite of the night. 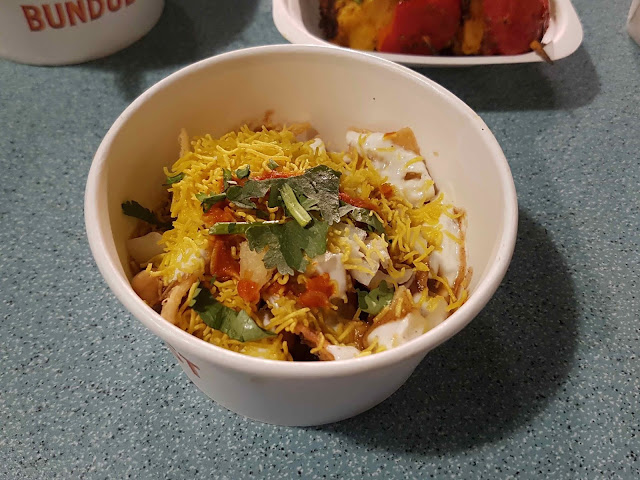 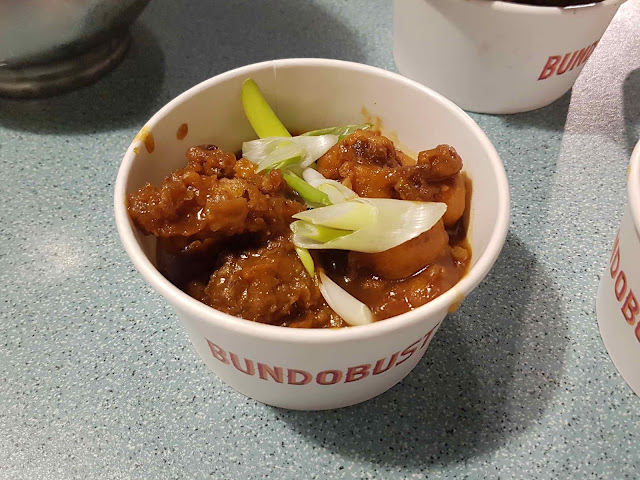 Two generous paneer and mushroom tikka skewers (£6.50) were marinated in a big flavoured tikka massala, the pepper pieces in particular delivering a fiery hit of spice. 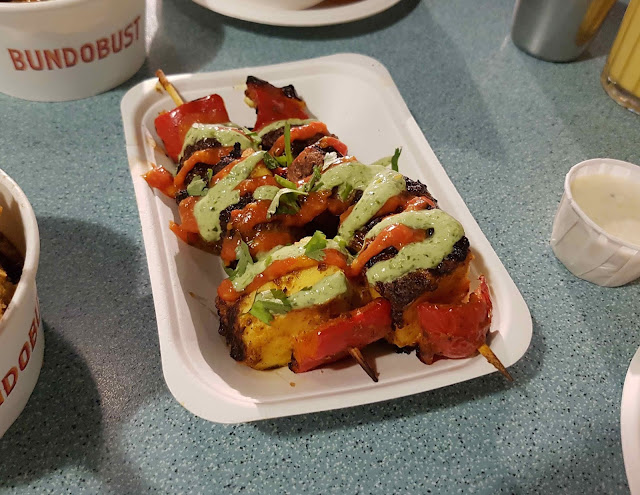 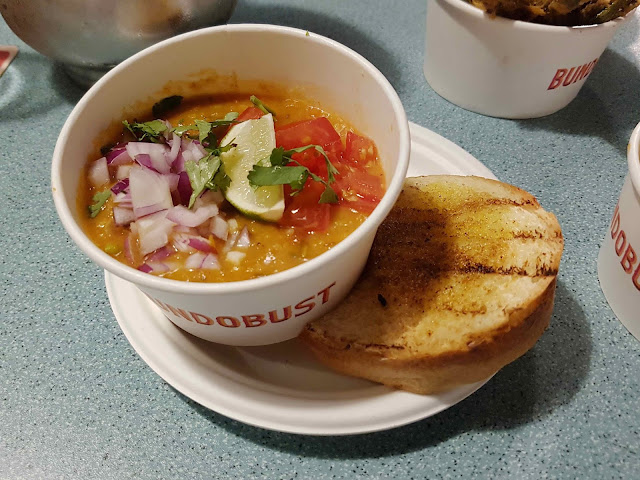 Finally, massala dosa (£6) saw a pair of paper thin pancakes stuffed with a mildly spiced mix of cauliflower and mashed potato. A big bowl of lentil, aubergine and bottle gourd soup was a lovely dip (even if it wasn’t meant to be). 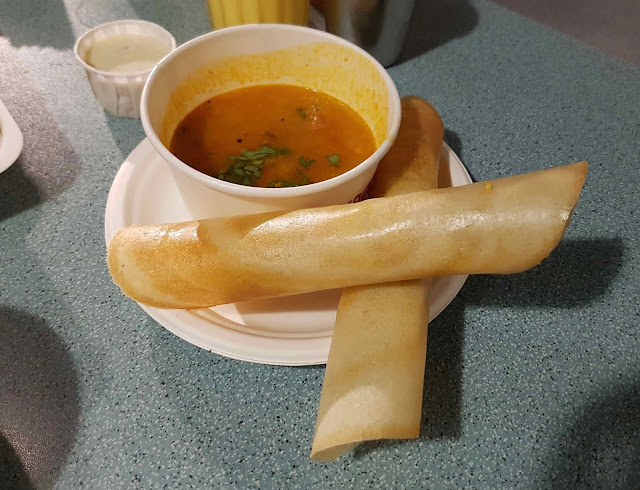 We had a cracking night at Bundobust. Their lovely Indian food isn’t game-changing but combined with their brilliant craft beer and buzzing atmosphere it makes for a night out with my name written all over it.