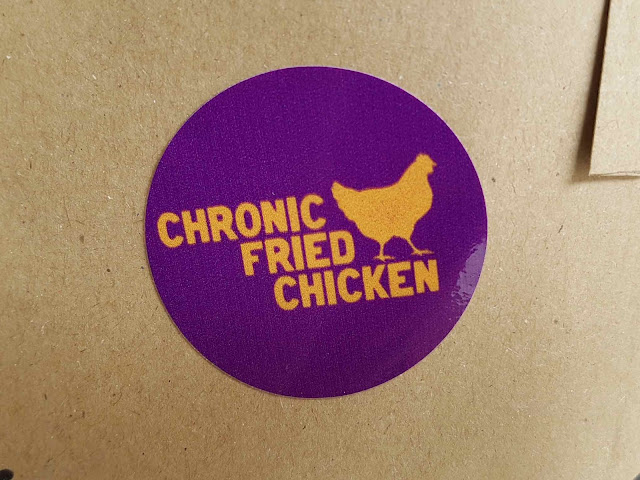 One of the few gaps in Cardiff’s culinary landscape is a gourmet fried chicken joint.

Mr Croquewich gave us a glimpse of the awesome parmesan fried chicken sandwiches he plans to serve at Barry Goodsheds when he held a Penarth pop-up at Crafty Devil back in March. This weekend he's also running a pre-order pop-up takeaway from Bridge Studios in Fairwater.
And there’s no denying the deliciousness of Leyli Joon’s Korean Fried Chicken babs and Anand George’s Keralan Fried Chicken which both feature on their wider menus of spice-packed street food. 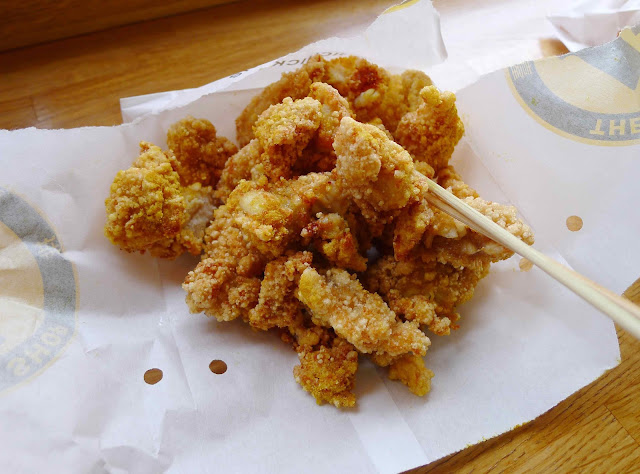 But, perhaps Chronic Fried Chicken is the dedicated fried chicken shop to permanently fill the gourmet poultry-shaped gap in the market.
From the team behind Blue Honey, Chronic Fried Chicken pop up at Sully’s Cafe in the middle of town on Friday evenings and offer deliveries and collections. You can pre-order in advance via Instagram DM or order on the night via telephone if there are any slots still available.

When we pitched up for our socially-distanced collection, the beats of Dr Dre’s 2001 and aroma of fried chicken wafted through the air. 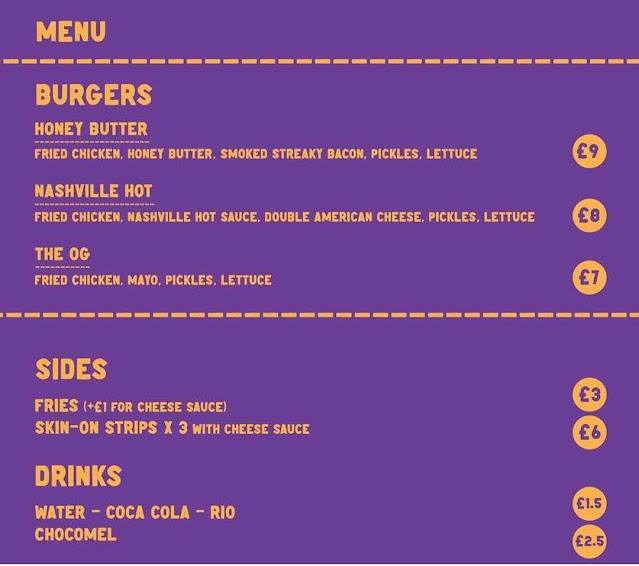 With a compact menu of three burgers and two sides, Mrs G and I were able to pretty much put the whole thing through its paces. 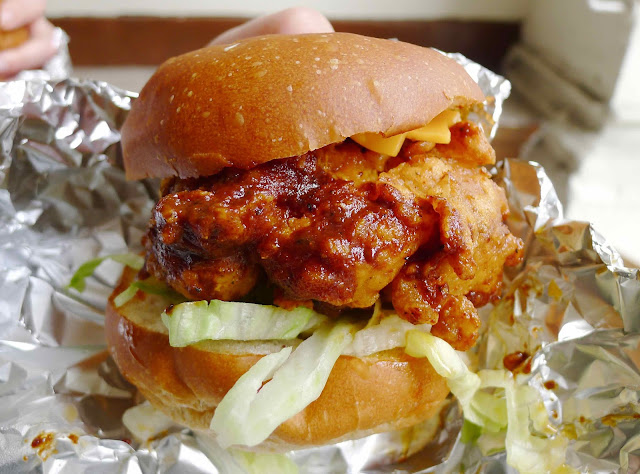 A Honey Butter (£9) saw the whopping fried chicken fillet this time topped with a sweet-slick of honey butter, crisp streaky bacon, lettuce and pickles. It was very tasty but delivered less of a flavour hit than the Nashville Hot. 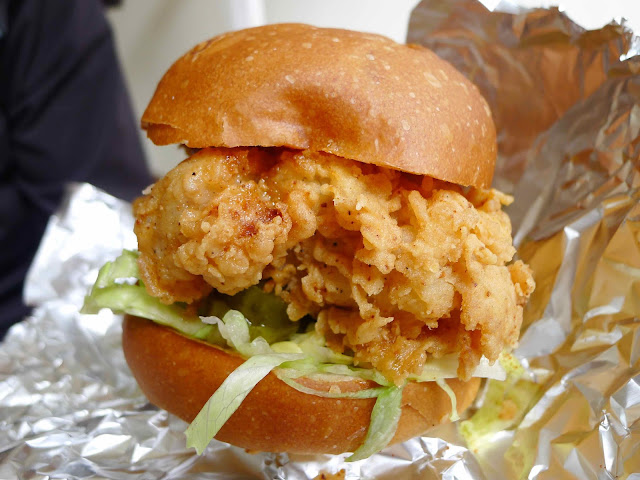 A trio of chicken strips (£6) was one hell of a portion. 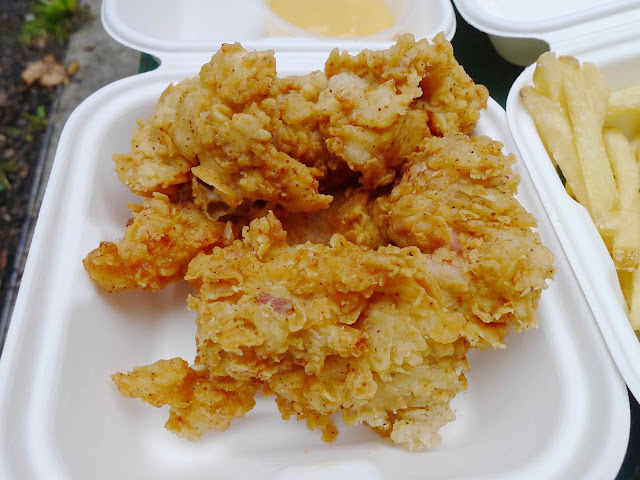 The uber-crisp and juicy bits of bird were lovely dunked in a Shake Shack-style velvety and buttery cheese sauce. 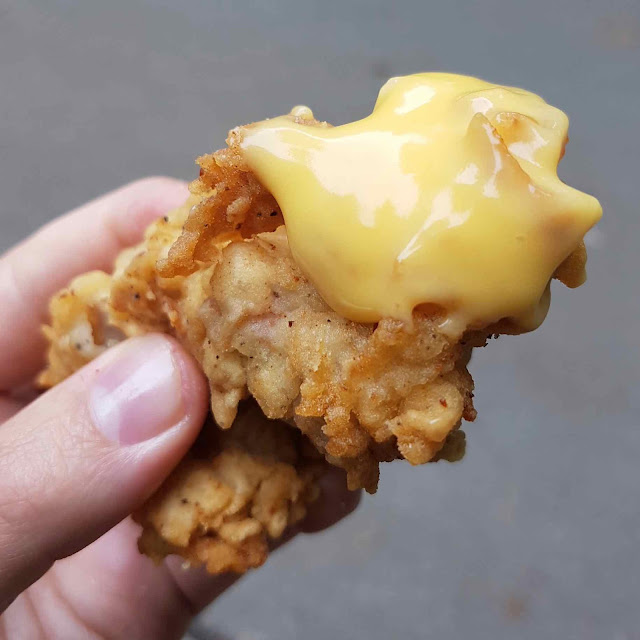 The only major disappointment was a diddly portion of fries which were dry and tepid. 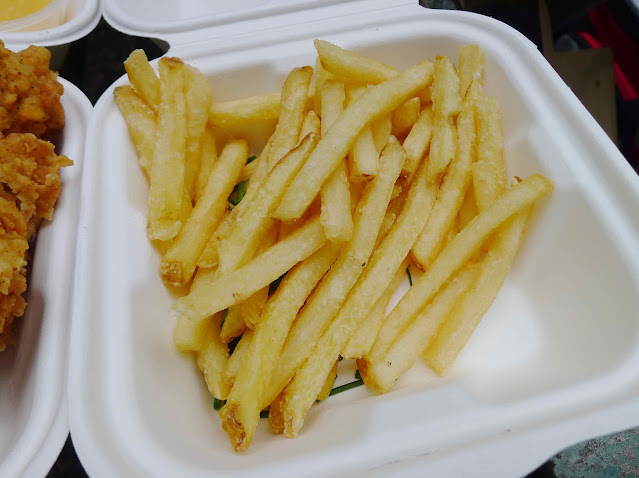 I was impressed by the quality of the fried chicken from Chronic. It was a touch on the greasy-side but everything was well-seasoned, well-crumbed and well-proportioned. I look forward to seeing how their menu develops; if wings and loaded fries are involved then sign me up.
The Details:
Address - Chronic Fried Chicken, Sully's Cafe, 5 Quay St, Cardiff CF10 1DZ
Web - https://www.instagram.com/chronicfriedchicken/
Telephone - 07872 042187
Posted by gourmetgorro at 08:45