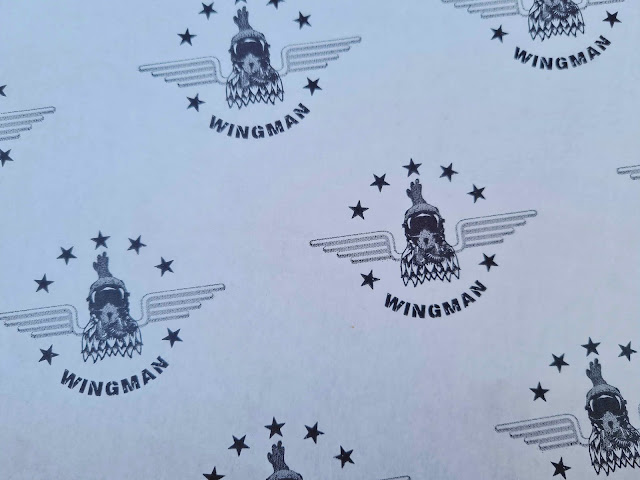 When I discovered on the Cardiff food grapevine that Mike St. Amand was the owner of Wingman, I got pretty damn excited.
You may not have heard of Mike, but he was the Head Chef at Hang Fire Southern Kitchen in Barry until earlier this year and had been ever since they opened. Anyone who’s worked in such a senior role at one of Wales’s best restaurants must be a hell of a cook. 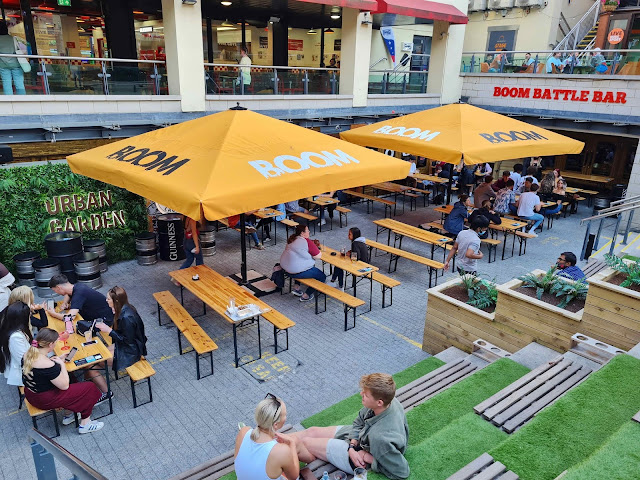 Located on the former site of Sticky Fingers in the Brewery Quarter in Cardiff City Centre, Wingman provides the food at Boom Battle Bar, an “adventure bar” offering axe throwing, darts, crazy golf and shuffle board. If you’re looking for a more sedate experience then they handily have a large outside seating area.

With a name like Wingman, the menu understandably focuses on wings (chicken and cauliflower) as well as American-style sides such as tater tots, slaw and mac ’n’ cheese. 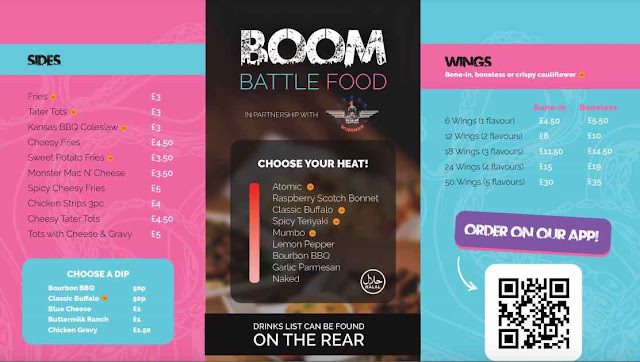 If you're visiting Wingman in a group then there's a bargain to be had by ordering the wings in large quantities. We shared 24 wings (£13) between the three of us but I'd love to take down 50 wings next time (£25).

Ordering takes place through a slightly annoying app. We managed to get there in the end, making a note of our wing flavours in the comment section and confirming our choice with one of the helpful servers.

Timber Cruiser (£3.50) was an easy drinking lagery beer. Having some hop character, I think it was a step up from the “fizzy piss” it’s billed as (yes, that's actually how it's described on the menu). 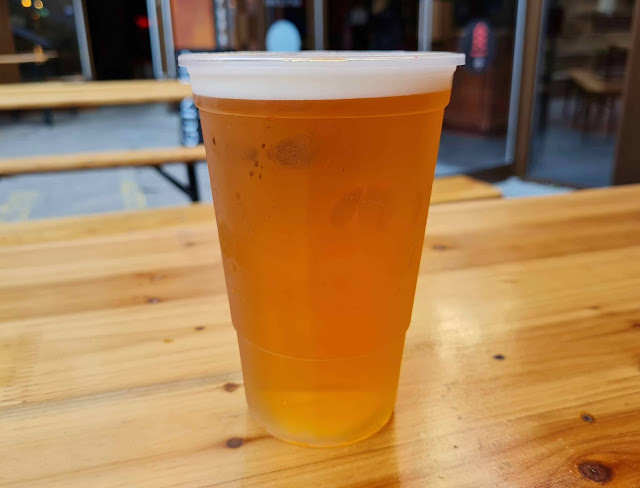 A trio of chicken tenders (£4) lived up to their name. Coated in a thin lightly seasoned crumb, we really should have ordered some dip to go with them. 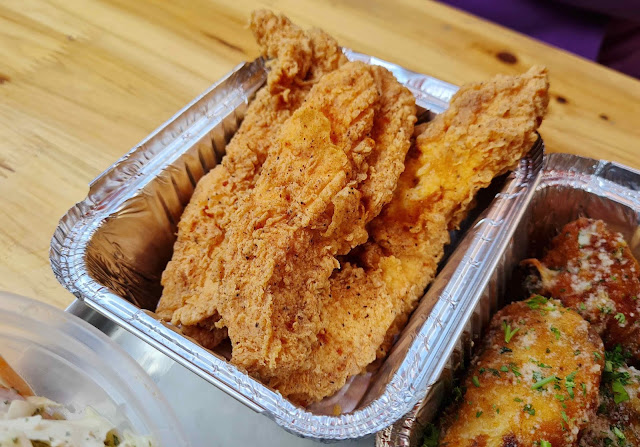 Spicy cheesy fries (£4.50) were a hearty bowl of stodge. Crispish chips were drenched in a comforting cheese whizz-esque sauce cut through with the vinegary heat of chilli sauce and pickled chillies. 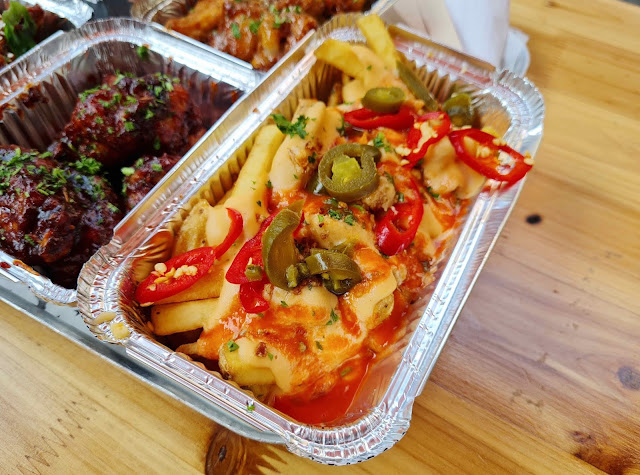 Excellent Kansas BBQ coleslaw (£3) was made with crisp vegetables and a light and creamy dressing with a pop of fresh parsley. You can tell the chef made a lot of slaw in his previous role. 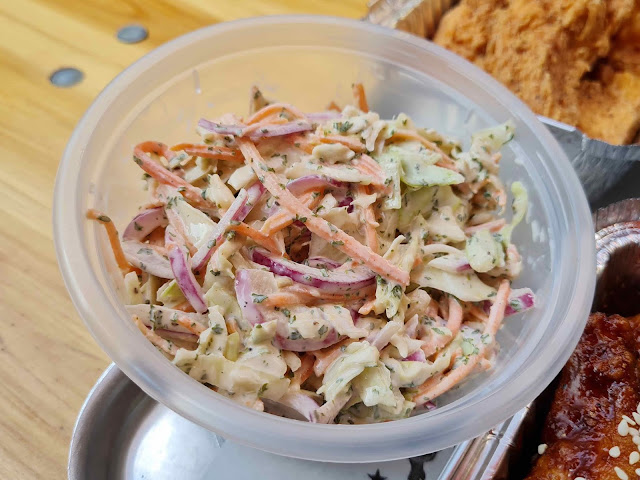 The star of the show were undoubtedly the wings, which were crisp of skin, juicy of flesh and coated in quality sauces rather than something squeezed out of a catering pack. 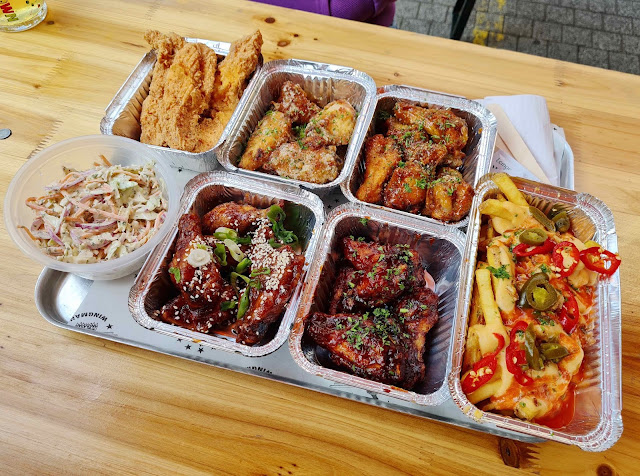 Hyper crisp lemon pepper wings, with a sweet sticky citrusy glaze tempered by the warmth of pepper, were the best of the bunch. They were like a lux version of Chinese takeaway lemon chicken. 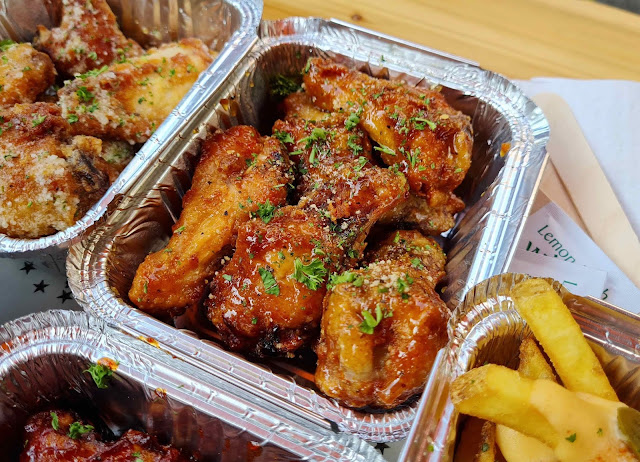 Teriyaki had that comforting sweet, savoury, salty combination by the bucketload, with a good dusting of sesame on top. 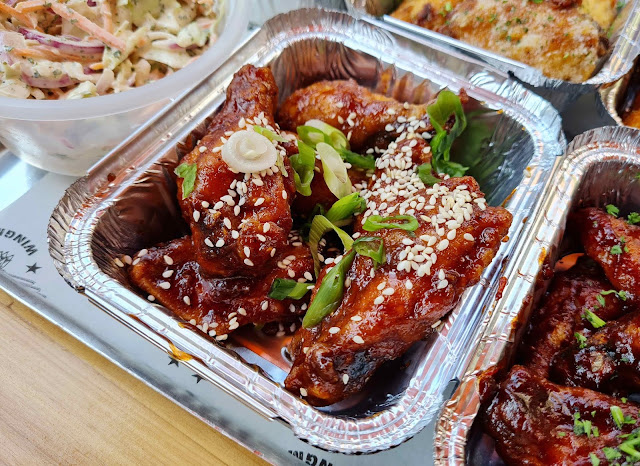 Garlic parmesan were drenched with a serious amount of garlic butter and cheese. This was a chicken kiev in wing format. 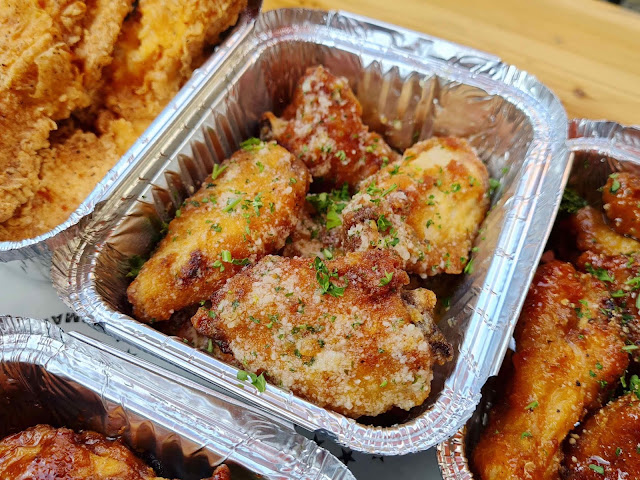 Last up, BBQ wings had a good depth of flavour; they weren't too sweet and a note of bourbon complexity lurked in the background. 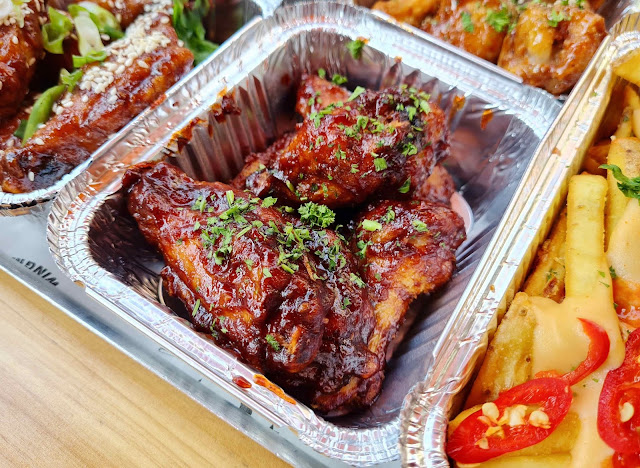 We had an ace meal at Wingman and it was a bargain too. Our meal for three cost just £24 excluding drinks. Whether you’re ordering their food on one of the local delivery platforms or during a session in town, Wingman is a new indie which is definitely worth checking out.
The Details:
Address - Wingman, Boom Battle Bar, The Old Brewery Quarter, Cardiff CF10 1FG
Web - https://www.instagram.com/wingmancardiff/?hl=en
https://www.boombattlebar.co.uk/cardiff
Telephone - 02922 801 555
Posted by gourmetgorro at 08:28