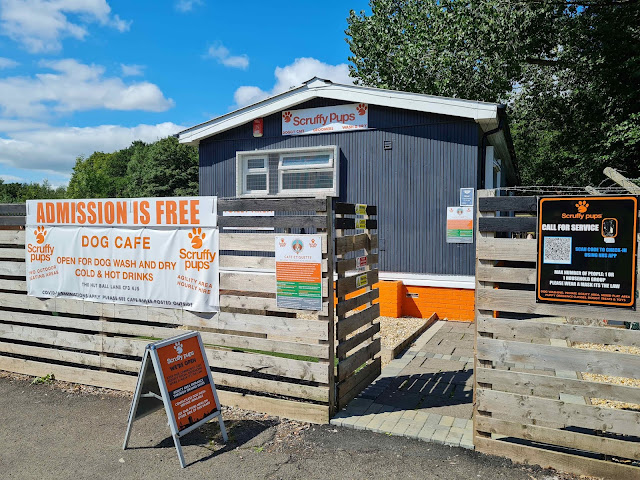 If I told you that the best reuben sandwich I’ve eaten in Cardiff is from a dog cafe hidden away in a Llanrumney back street, you'd probably accuse me of telling you a shaggy dog story.
But, it's true.

Scruffy Pups’ facilities include dog grooming, washing and an agility area as well as a menu for canine diners featuring puppuccinos and doggy doughnuts. 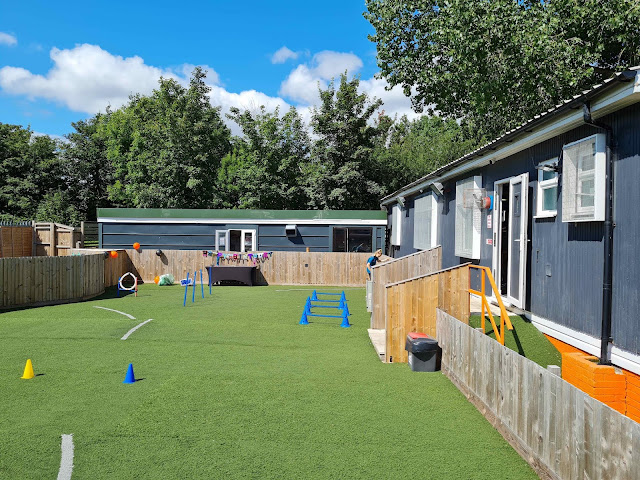 However, it’s their menu for two-legged diners which I’m interested in. Featuring reuben sandwiches, birria tacos, churros, and buttermilk chicken sandwiches, it’s most certainly a cut above the usual cafe fare. 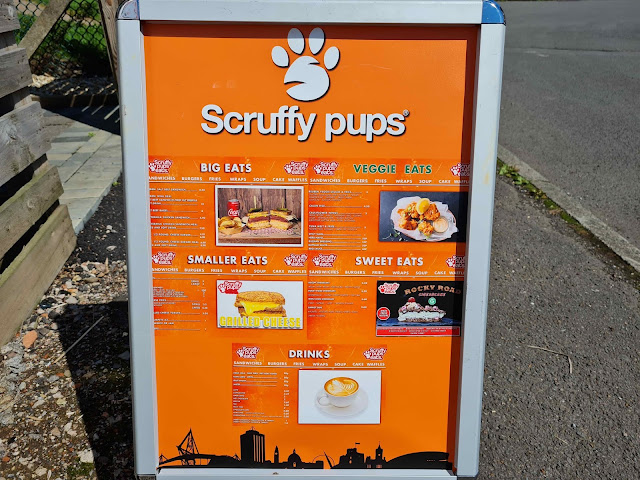 With both indoor and outdoor seating areas, ordering takes place using Uber Eats. They also offer takeaway and delivery through the same platform. 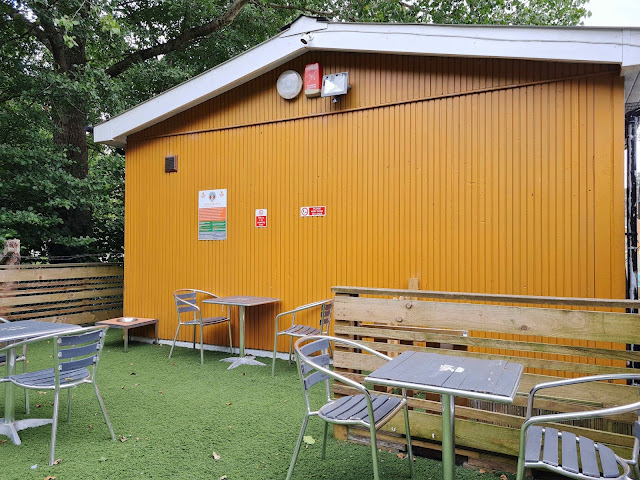 The kitchen is run by a self-taught cook who’s a passionate foodie. He previously lived in London where he was a big fan of the salt beef sandwiches on offer in Brick Lane. It shows - the seven day brining process involved in making their salt beef leads to excellent results. Seriously tender, lightly licked with salt, and with a good meaty hit, it’s better salt beef than I’ve had from far more acclaimed enterprises. 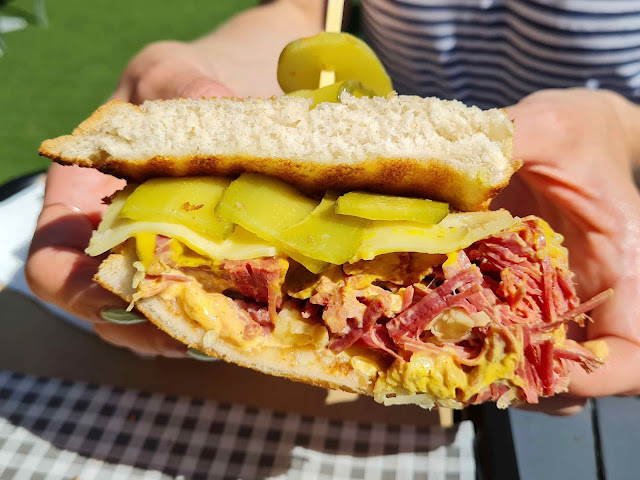 The reuben it was used in was one heck of a sandwich. Thick pieces of meat were stuffed into soft toasted white bread and accompanied by crispy cleansing kraut and pickles, Swiss cheese, tangy thousand island sauce and warming American-style mustard. For £10 including a can of soft drink and ready salted kettle chips, it was a very hearty lunch. A buttermilk chicken sandwich saw a whopper of a juicy chicken breast coated in a hyper-crisp gnarly golden crumb. Topped with dill pickles, American cheese and herb mayo and stuffed into a brioche bun, it was a cracking sandwich. 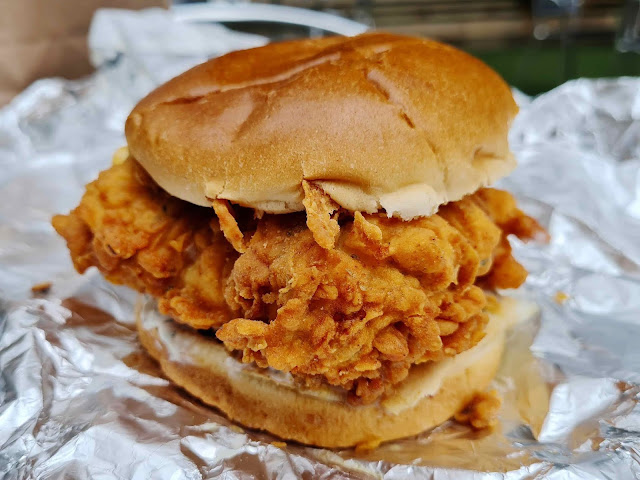 It was served with a can of pop and a mahoosive box of fries as part of a meal deal for £8.50. The fries were on the limp side but they were grease free and compellingly seasoned with smoky and savoury chip spice. 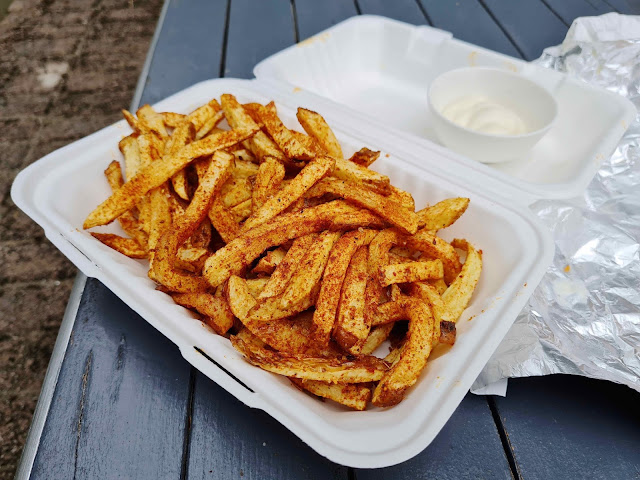 If you’re looking for a delicious sandwich then Scruffy Pups gets a big thumbs up. Handily, it’s also located on the Rhymney Trail so it’s ideal if you want to want to walk off your meal, whether you’re on four legs or two. 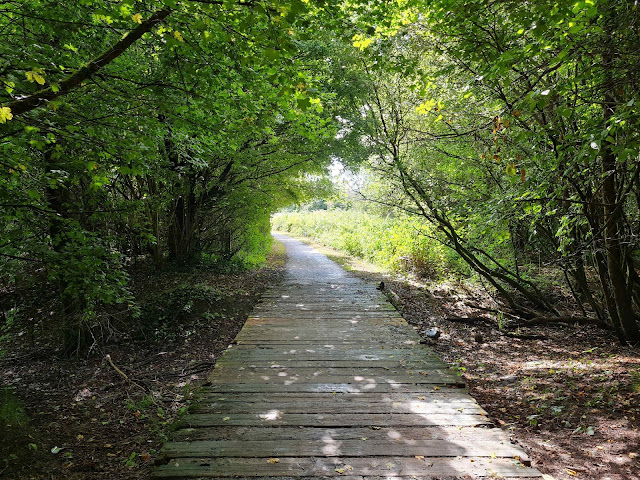