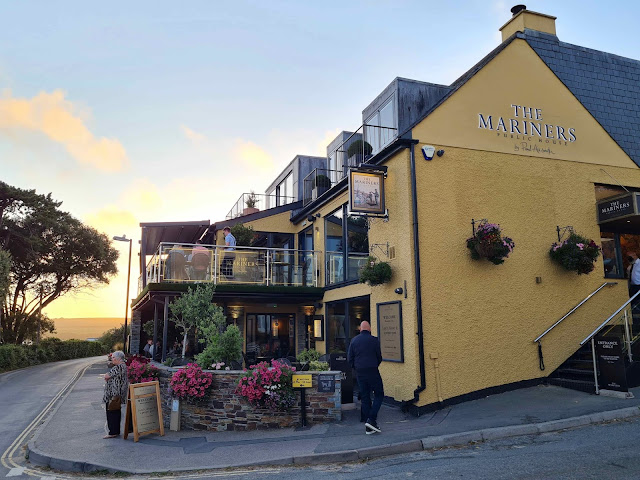 Fashion designers' diffusion collections often bring a taste of high end luxury to a more mainstream audience at a more affordable price than their haute couture ranges.
Furthermore, whilst haute couture ranges often feature PVC oompa loompa suits and horse hair scuba masks that you might wear to a gala dinner once, diffusion collections generally contain the kind of thing you’d happy to be seen wearing in the pub.
It's much the same with Michelin-starred chefs. Their offshoot restaurants often end up delivering a more crowd-friendly, affordable and yet still brilliant quality product in comparison to their flagship temples of high gastronomy.
Take Paul Ainsworth's pub, The Mariners in Rock.

It's as good an example of a gastropub as I've encountered, with Michelin-starred technique deployed to knock out pitch perfect pub classics at a relatively affordable price. 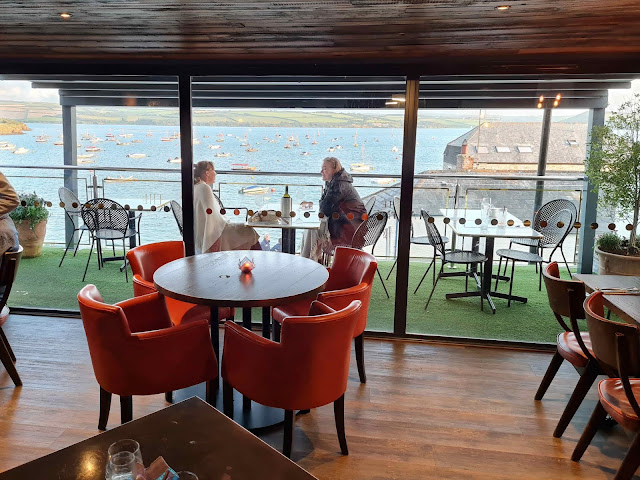 With panoramic views over the Camel Estuary, it's a pretty dreamy setting for a restaurant. Their starter selection is pretty dreamy too; I wanted to order everything from crispy baby squid and Welsh rarebit to buttermilk chicken and marmalade glazed sausages.

A scotch egg (£10) was as good as I've had - golden yolked with a little bit of run and ooze; laden with loosely packed, juicy, sage-fragranced sausage meat; and coated in a crisp crumb. Piccalilli with crunchy veg, a good acidity and warmth of mustard was a lovely foil. 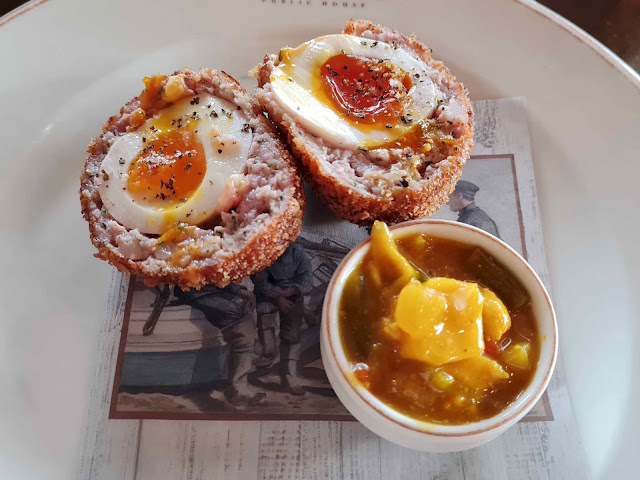 A big pot of creamy and smokey taramasalata (£9) was a treat dolloped onto nicely charred toast with a good drizzle of olive oil. 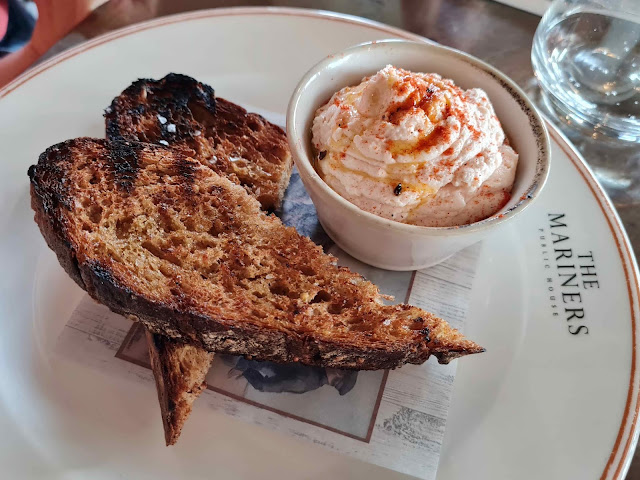 Shepherds pie (£21) was as far removed from the pedestrian stodge it so easily ends up as. Gorgeously meaty slow-cooked lamb ragu was packed with generous hunks of meat bathed in a gravy with the added savoury complexity of seaweed. If that wasn’t enough, it was topped with silky celeriac mash, golden cheese, crispy nuggets of lamb and puffs of skin and accompanied by a zingy mint salsa verde which thrummed with the savoury depth of anchovy. 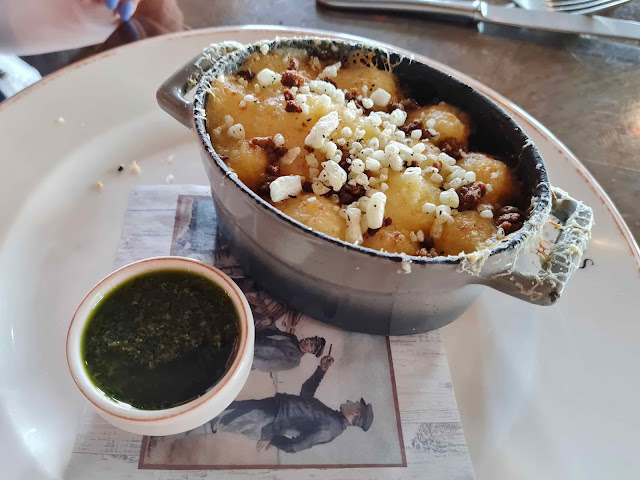 When your fish and chips (£19.50) are served with a trio of killer condiments you know you're going to be in for a treat. Fruity curry sauce, tangy caper and gherkin-packed tartare and clever cold mushy sweet peas were all bang on. 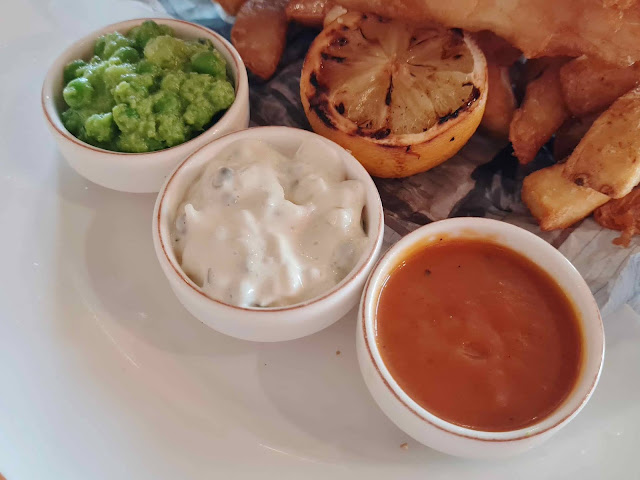 So too was a whopper of a meaty, crisp-battered piece of cod that was topped with heaps of scraps/scrumps/scanners (delete as appropriate). Golden fluffy chips were lovely but didn't quite deliver on the hyper-crispness I'd associate with their triple-cooked billing. 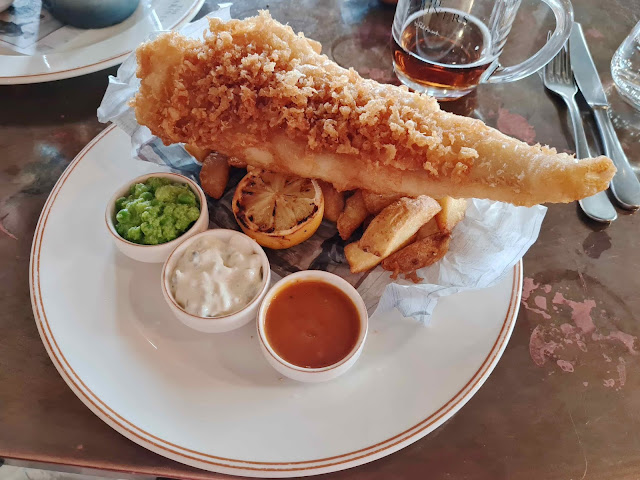 A massive wodge of hispi cabbage (£6) was delightfully tender, licked with smoke and slathered with a warming tangy mustard dressing and a flurry of savoury cheese. 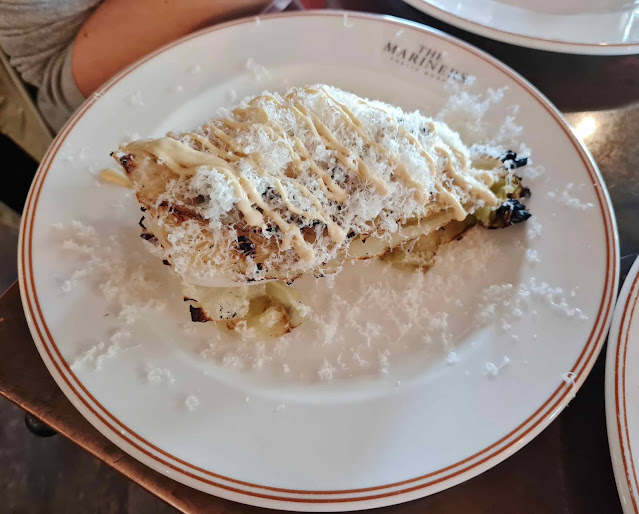 Ignore the 'roly poly' billing (£8.50) associated with my dessert and what I had was a deliciously light, moist and toasty brown butter steamed sponge topped with sweet yet tart strawberry jam and vanilla-packed custard. 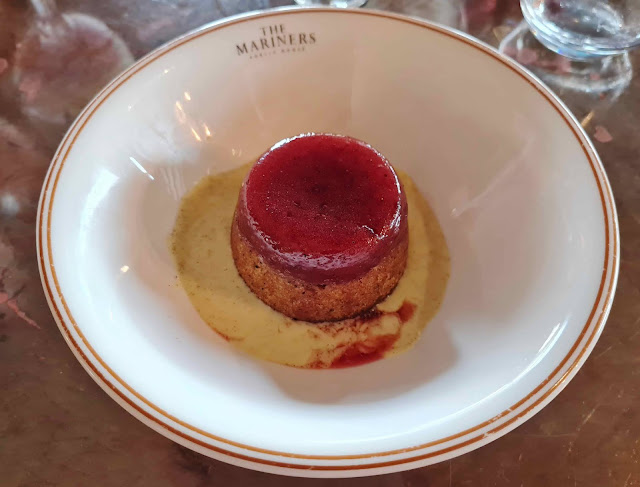 Mariner's trifle (£10) was a work of art. Lime-thwacked whipped cream, toasted almonds, more of that excellent cold custard, and raspberry jelly studded with sherry-soaked sponge and fresh raspberries all combined to make a cracker of a pud. 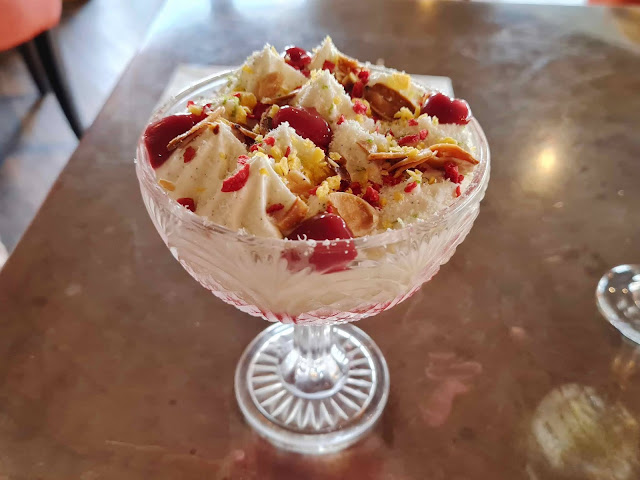 With its outstanding pub classics, first class service and a lovely setting, you'd struggle to find anyone who isn't impressed by the Mariner's in Rock.
The Details:
Web - https://www.paul-ainsworth.co.uk/the-mariners/about/
Telephone - 01841 532093
Address - The Mariners, The Slipway, Rock, Wadebridge PL27 6LD
Posted by gourmetgorro at 18:11