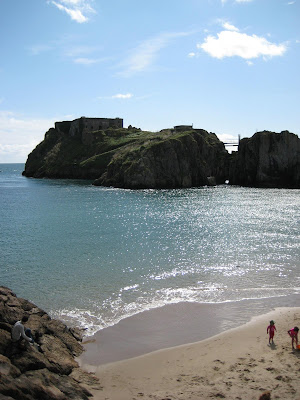 I have a dangerous relationship with seaside cuisine which started when I was twelve years old. Two weeks spent guzzling fish and chips, ice cream, fudge, pasties and cream teas on summer holiday in Dartmouth, Devon resulted in me ballooning in weight by a stone, leaving me porky rather than merely chubby on my return to school after the summer break.
So when we visited Tenby for a day trip on the last weekend in August (and probably the last day of sunshine of the year) I was drawn like a moth to a light by all the calorie pushing outlets lining the pretty streets of this seaside village. The 2 places which caught my eye were D.Fecci & Sons fish and chip shop and Fecci’s ice cream parlour situated around the corner from each other. The aging signs and decor (notably the formica table tops in the ice cream parlour) of both these establishments led me to draw the conclusion they both must have been doing things properly for many many years. I guess an equally valid conclusion would have been they haven’t been doing well for a long time so can’t afford a refit. 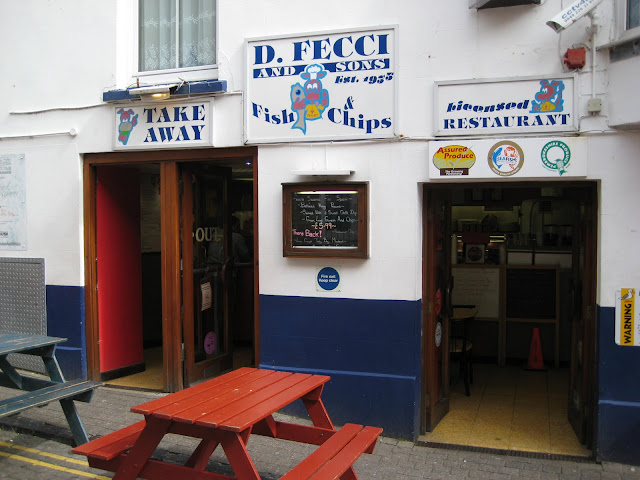 Having made a token effort at the beach by dipping our feet in the water for a few minutes and a nod towards working up an appetite by going for a ten minute walk, we plonked ourselves on a wooden bench outside the fish and chip shop. My regular cod and chips (£5.50) was top notch. Reassuringly cooked to order, the moist fish was perfection, flaking perfectly whilst the batter was light and crisp. Meanwhile, the chips were properly fluffy chip shop style chips and did the job drenched in salt and vinegar. A mention must go to Mrs G’s homemade coleslaw and chips; crisp, fresh and creamy it was the ideal unhealthy healthy option. 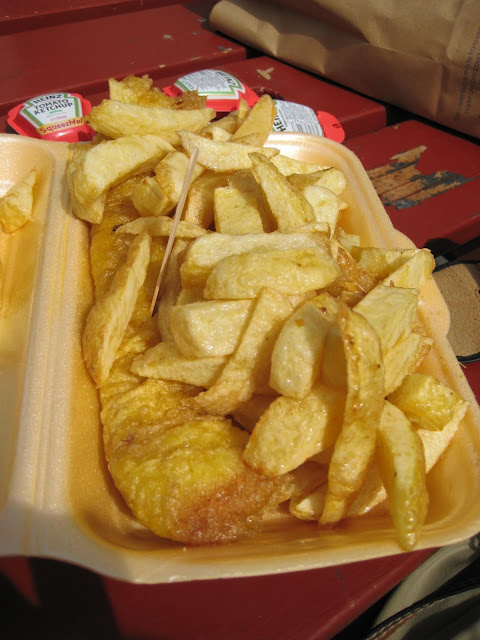 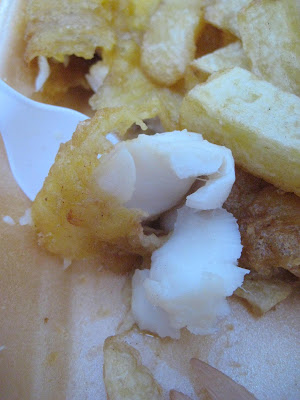 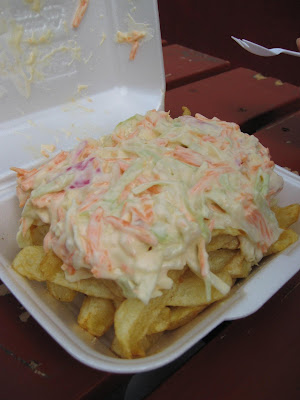 Filled to bursting, we decided it would only be right to hammer the final nail in the lid of the coffin with an ice cream sundae. Squeezing ourselves into one of the cosy (in fact cramped would be a more appropriate word if you’re anything over 5 foot 5 and have a waistline bigger than 32 inches) booths at the ice cream parlour we perused the ink jet printed ring binder filled with descriptions of a multitude of ice cream sundaes. Me and Buju opted for the mint choc glory whilst Mrs G plumped for the coffee glory (both £5.20 approx). 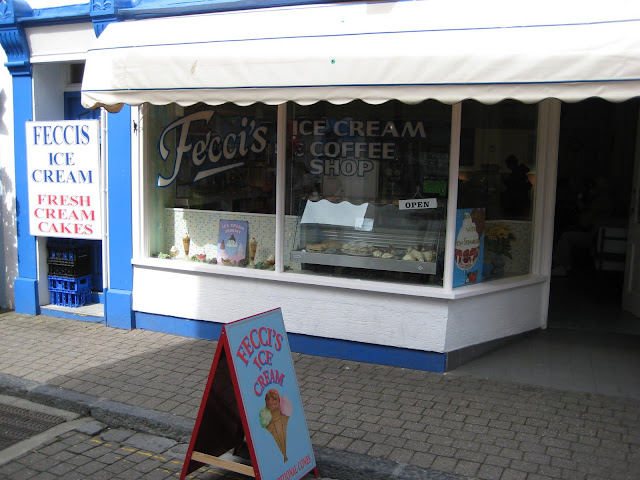 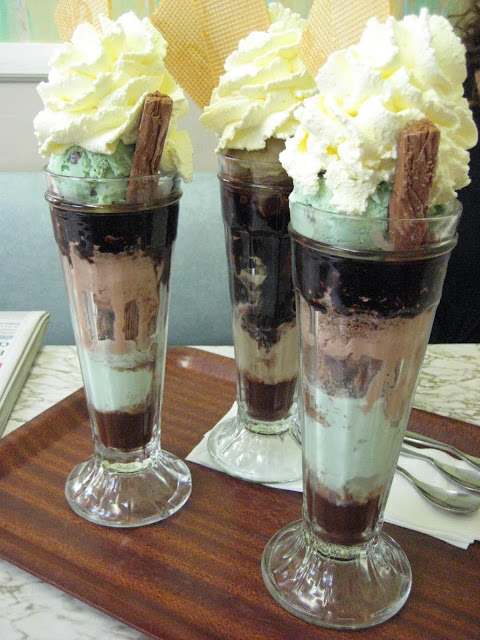 Whilst the ice creams I collected from the counter, and delicately balanced back to our table, looked mightily impressive they were ultimately a massive let down. The wafer lacked crispness, the mint and chocolate ice creams were very generic and most worryingly, the reservoir of artificial tasting chocolate and unknown syrup gave the whole sundae a cloying sweetness and hastened the melting process. In fact the best bit of the sundae was the whipped cream and the chocolate flake pieces.
So all in all a game of 2 halves for Fecci’s. I’d massively recommend the fish and chip shop but would look elsewhere for a scoop of ice cream. After all, it’s not like Wales is short of good ice cream producers.
The Details:
Fecci Ice Cream Parlour, St. Georges Street, Tenby -
Oxford House, Lower Frog Street, Tenby -
Posted by gourmetgorro at 10:03