Filini, Radisson Blu Cardiff and why I never became a chef

From a young age I wanted to be a chef. As I grew older and more apathetic I revised my career aspirations to that of head chocolate taster at Cadbury’s. In the end I didn’t pursue either of these career paths and working in Subway and tasting vast quantities of canned fish at John West was the closest I’ve been to either job.

Thoughts of what it would be like to be a chef have recently been close to mind as I’ve been reading Anthony Bourdain’s Kitchen Confidential. Although it’s rumoured many of his anecdotes are slightly embellished you still get the impression that the world of the professional kitchen is not for the faint hearted. Reading about the relentless hours, machismo culture, off the wall individuals and shady business practices has reassured me that I definitely made the right choice in not becoming a chef. Although I still haven’t ruled out head chocolate taster for Cadbury’s.

However, I’ve had to recalibrate my thoughts on life in the professional kitchen since attending a tasting in the kitchen of Filini at the Radisson Blu hotel. From meeting Executive chef Mattias Wenngren it was clear the passion he felt for his chosen career and for the food he cooks. Over the course of the evening it was great to hear his enthusiasm for the meal he had prepared for us first hand (something often lost in translation by waiting staff). He also regaled us with various anecdotes of his life as a chef.

Although Mattias acknowledged that he conforms to the chef’s stereotype of having a short fuse, he was adamant that ruling a kitchen with fear is not the path to a successful kitchen. In fact, in the brief time we spent in his kitchen it seemed rather tranquil. Chefs prepared their dishes in peace without any of the swearing, sweating or knife throwing I was hoping I might witness.

More important than any insight into kitchen life I gained from the evening was the quality of the food I ate. Chef Wenngren prepared for us some pretty delicious food, showcasing the kind of dishes he likes to serve at Filini. By the end of the evening I was ready to explode (until I got home and ate an Easter egg).

I’ve reviewed Filini previously but I would definitely give it a second look having met Chef Wenngren and sampled some more of his food. 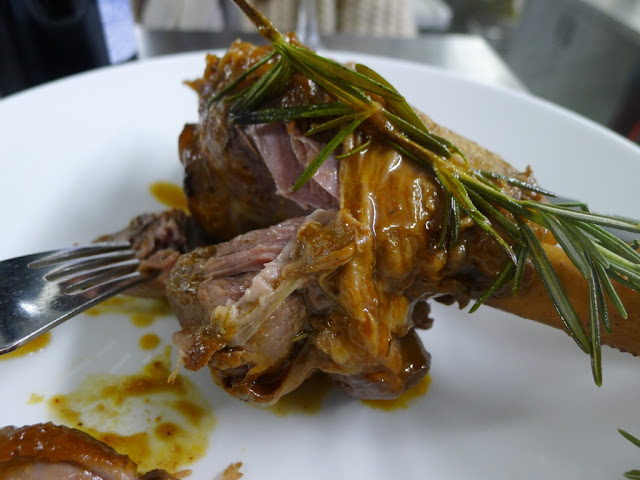 I was invited as a guest of Filini.