In addition to the excessive number of meals we crammed into our 3 day Amsterdam jolly, Mrs G and I managed to eat an extreme quantity of snacks: 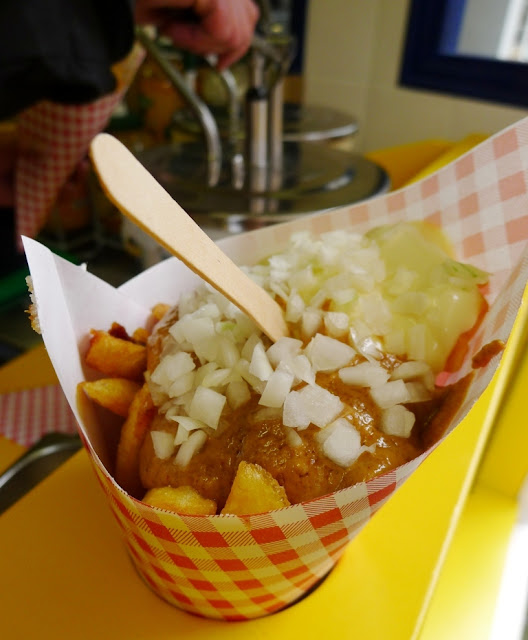 Chips are the headline act of the Amsterdam snack scene. Chips and mayo is the most famous combination but there’s a whole host of other sauces to choose from including hannibal, stoffvlees, samurai, knoflook and pinda saus – your guess is as good as mine as to what they are...

Whilst Vleminckx Sausmeesters (located on Voetboogstraat) is the most famous purveyor or potatoes, the lengthy queue put me off. Fortunately, Vlaamse Frites aka Flemish Fries had recently opened around the corner from our friends' flat in Westerpark.

I was recommended patatje oorlog (€3.25) aka war chips. Uber crisp and super fluffy chips were double cooked to order. They were adorned with a genius combination of creamy mayonnaise, satay sauce and raw onion. Wow. 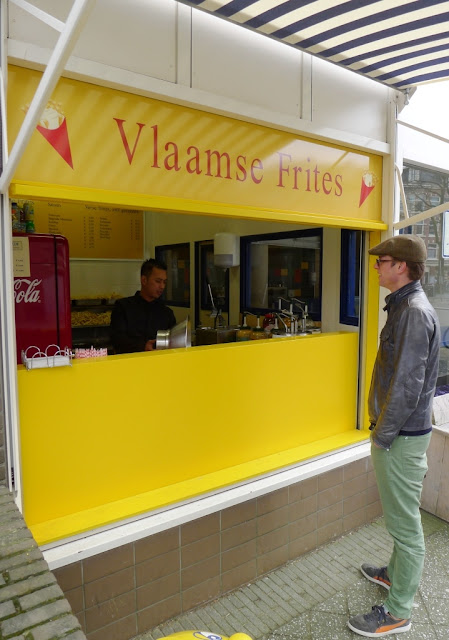 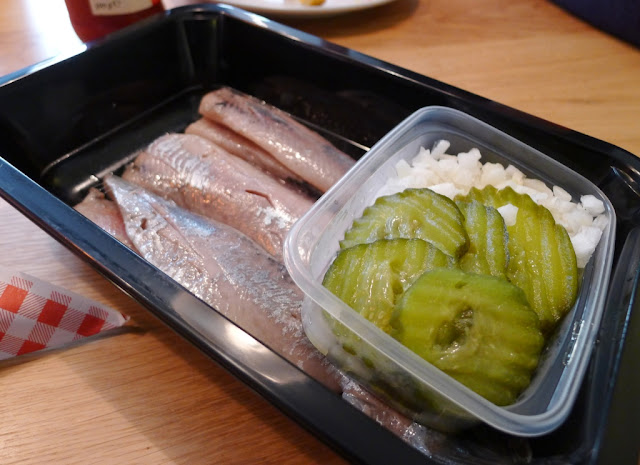 I purchased my herrings during a trip to Marqt, an ethical supermarket which is easy on the eye and pleasing to the palette (there’s a selection of product samples to pick at whilst you’re shopping). 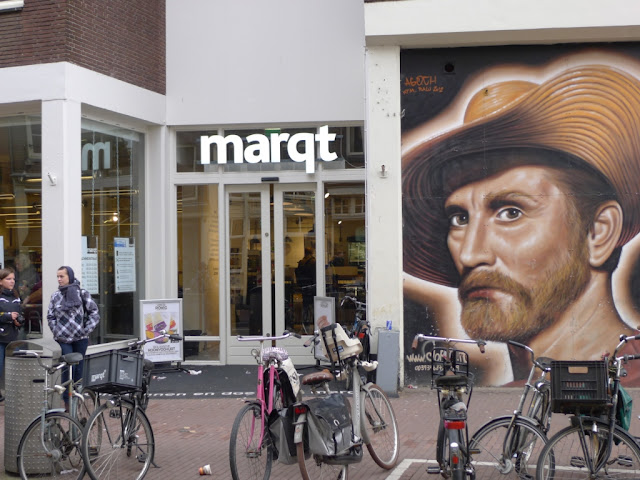 I can’t really recommend maatjes. Whilst I’m a fan of more powerfully flavoured rollmop herrings, the pickling on these fellas was so mild that I reckon a seal would have enjoyed them more than I. 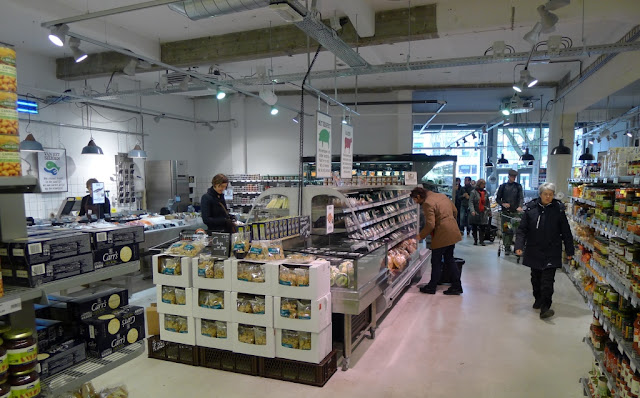 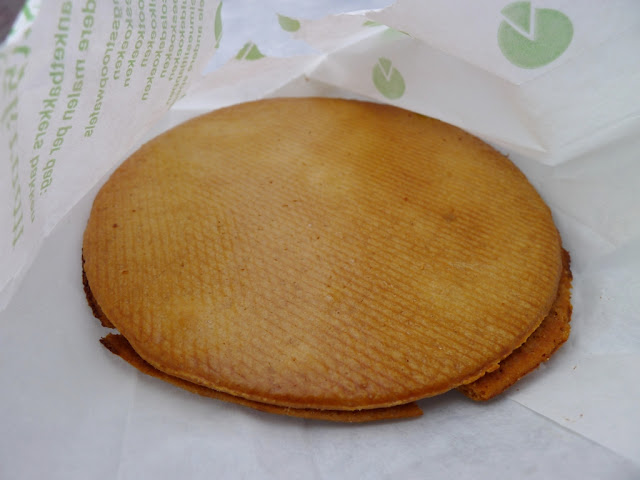 Crisp waffles sandwiched with caramel – the stuff that dreams are made of. I stocked up on a load of €1.20 packs from Albert Heijn to take home for my work colleagues.

However the best stroopwafel we sampled was from Lanskroon. Huge, crispy and sandwiched with honey, it had WIN written all over it. 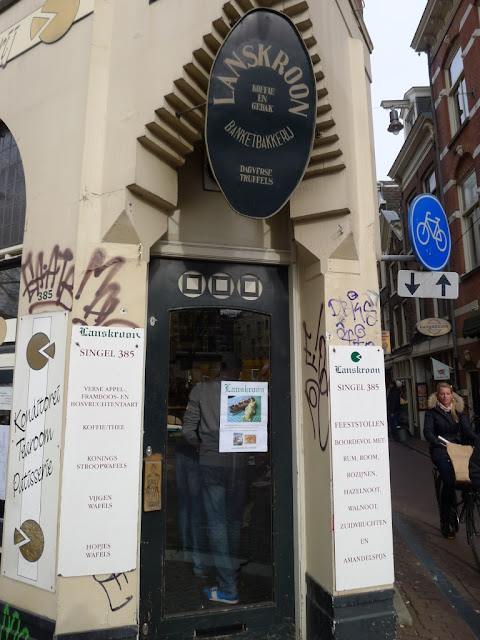 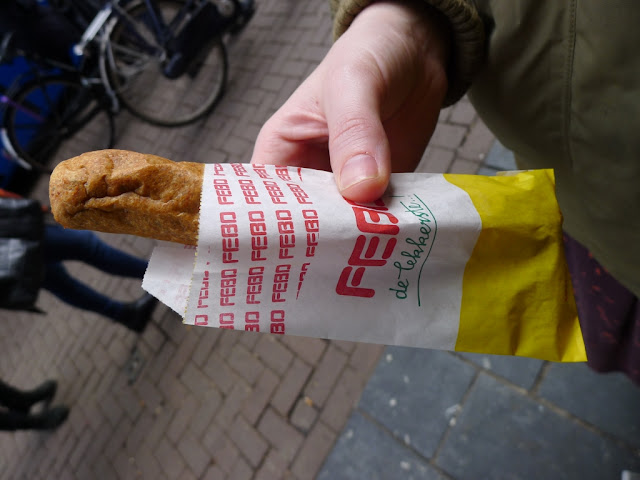 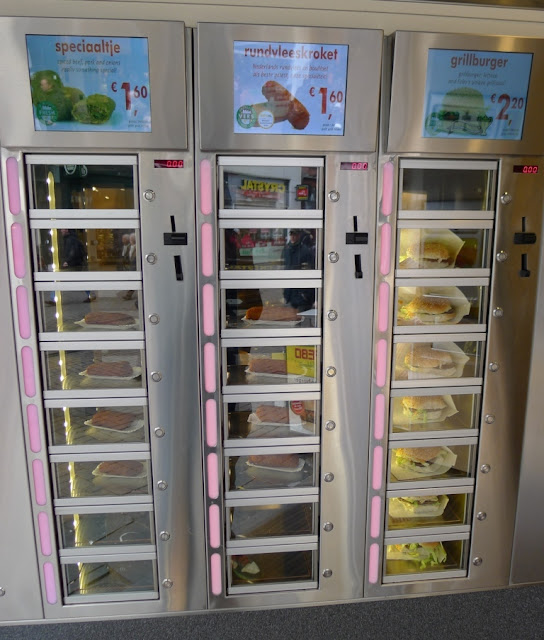 According to our Dutch friend FEBO is the go to snack food destination at 3am. We sampled a frikadel (€1.60) - a finely ground sausage shaped snack made from 50% beef and 50% chicken. It was pretty unpleasant. 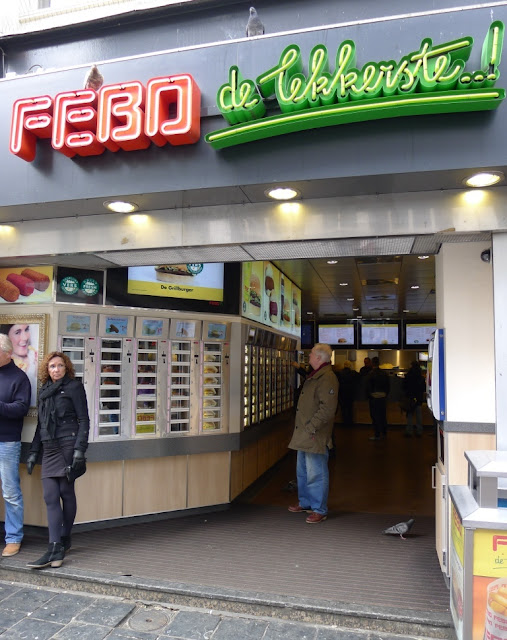 Address - All over the place
Web - http://www.febodelekkerste.nl/ 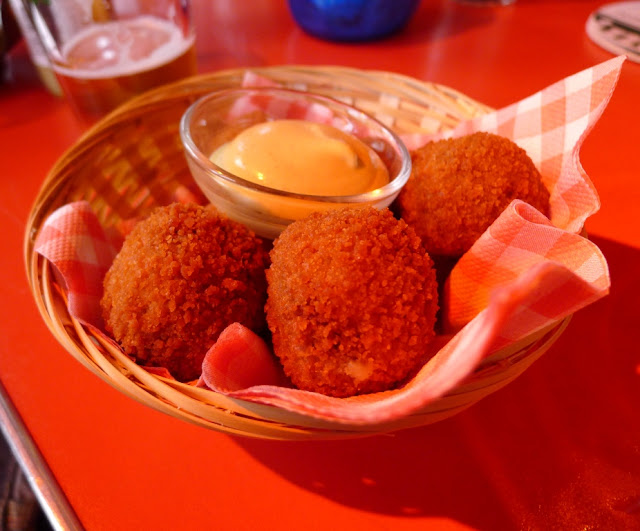 I’ve already talked about these little nuggets of joy in my restaurant post but they’re so good that they deserve another mention - crisp breadcrumbs surround a herby, beef studded béchamel.

They’re the perfect snack with a couple of beers and that’s exactly what happened when we spent Sunday afternoon in the funky Pacific Parc drinking Heineken and chomping bitterballs. 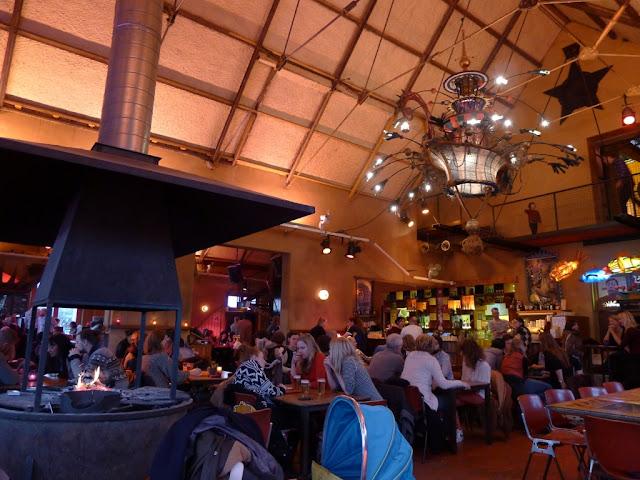 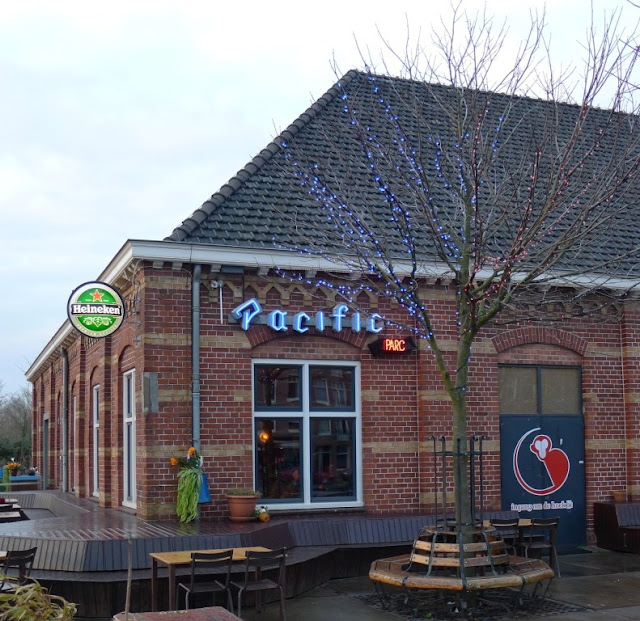 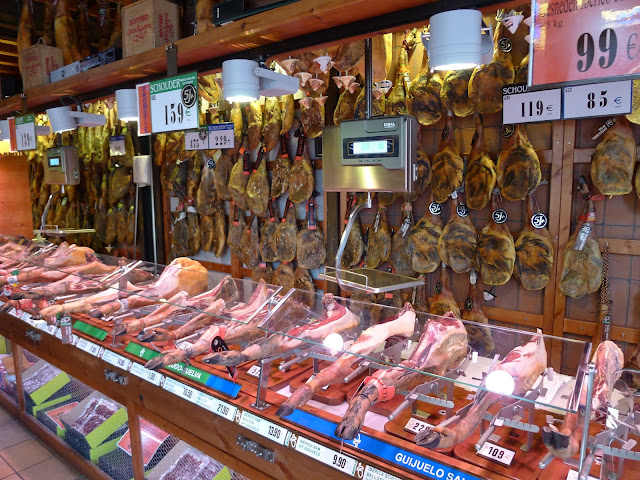 OK so it’s not Dutch, but the iberico ham being served at Ibericus deserves a mention. Ibericus' selection of around 20 different varieties of iberico ham makes it a must visit destination for all pork enthusiasts.

After an excellent breakfast of ciabatta (lightly rubbed with olive oil and tomato) topped with jamon and cheese, one of the knowledgeable and passionate members of the Ibericus team gave us a complimentary tasting of their hams. 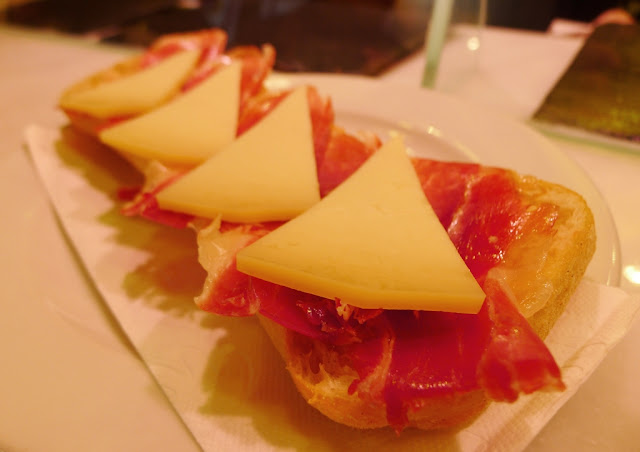 The contrast in flavour between the hams from different regions of Spain was incredible. Notable was an organic jamon iberico de bellota (acorn fed) which really was the best in show. I guess it should be at €21.90 per 100g. 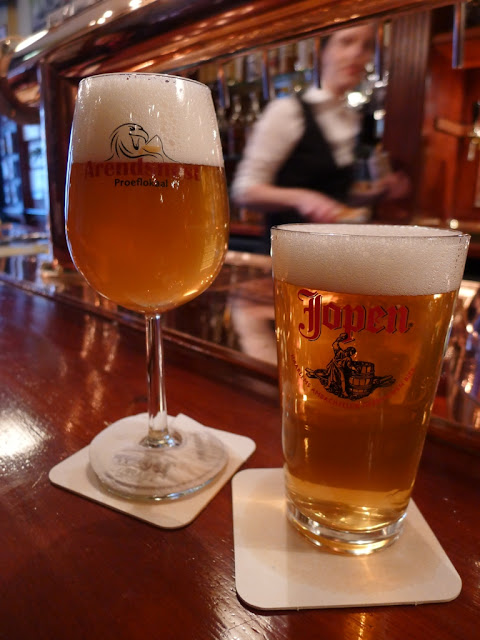 Despite the ubiquity of Heineken and Amstel in most Amsterdam pubs, small interesting Dutch brews seem rather harder to come by. However, at Arendsnest there's 30 Dutch brews on tap and even more by the bottle. 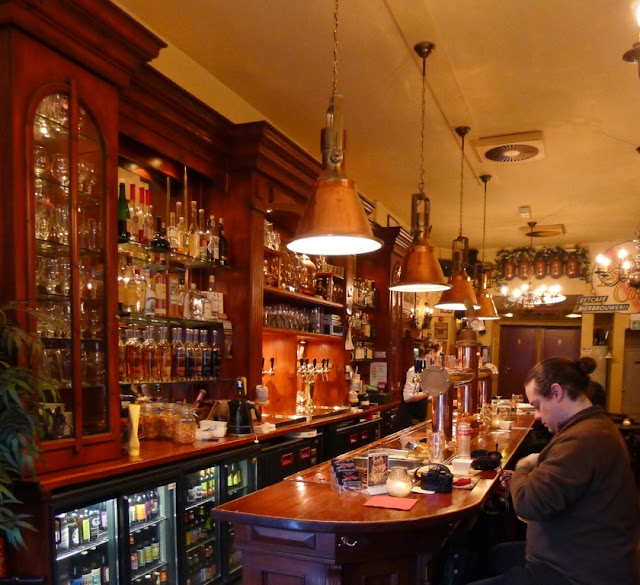 We could have happily spent an evening getting plastered in this charming watering hole but unfortunately, we had a plane to catch…. 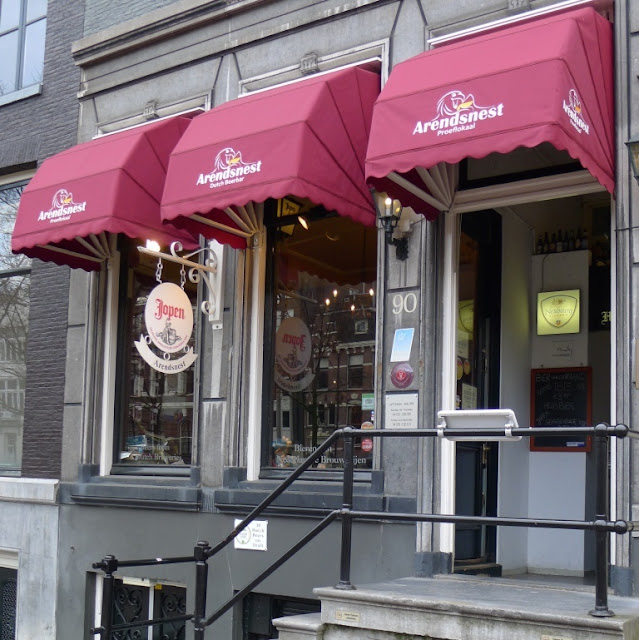