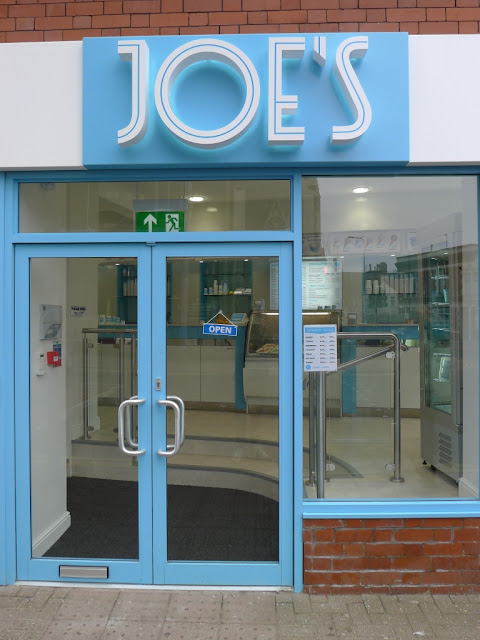 This morning I had ice cream for breakfast.

The reason being, the last 2 weekend afternoons that I’ve walked past the newly opened Joe’s ice cream on Wellfield Road there’s been a queue.

Not just a queue, but a massive queue – at least 20 deep. I don’t doubt that it would only take 5 minutes to get to the front; it’s just that I really don’t want to spend my weekend waiting in a line. 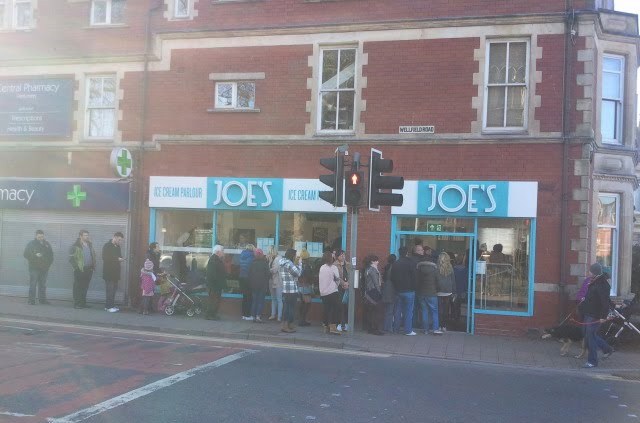 Joe’s Ice Cream, the first Cardiff branch of the Swansea institution, is a chuffing awesome addition to Roath and a dangerously short 5 minute stroll from home.

Their interior is a thing of retro beauty - all chrome, white and baby blue. 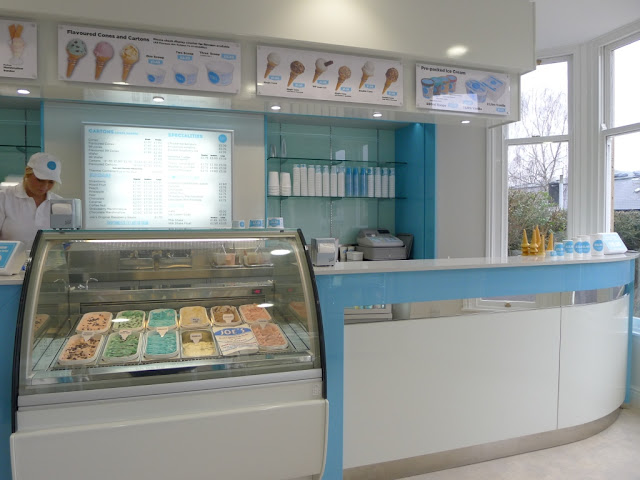 Their menu is packed with old school favourites which conjure memories of childhood holidays by the seaside – 99s, knickerbockerglories and ice cream sodas. 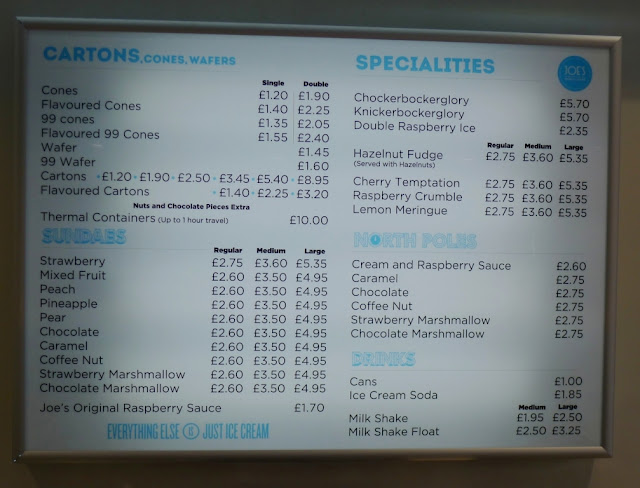 And, their prices put the Roath Park ice cream kiosk to shame – whilst a single scoop in the park costs north of £2, a single scoop at Joe’s costs £1.20 and their sundaes start at £2.60.

Joe’s serves a range of different flavours of ice cream but it’s their vanilla which they’re famous for. The vanilla, the only flavour made on the premises, is ultra creamy and has the soft texture of an Italian gelato. In contrast, the other flavours are firmer and made in their Swansea based factory. 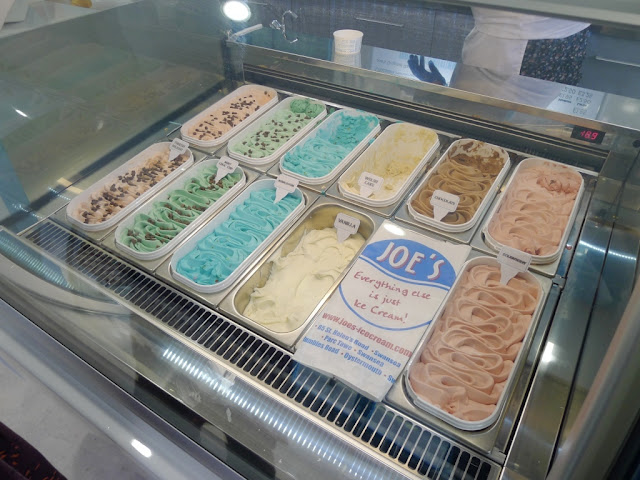 In fact, sampling the vanilla really is a must; it’s what makes Joe’s different to other places selling ice cream in Cardiff. The other flavours are delicious yet no different to what you can get elsewhere. 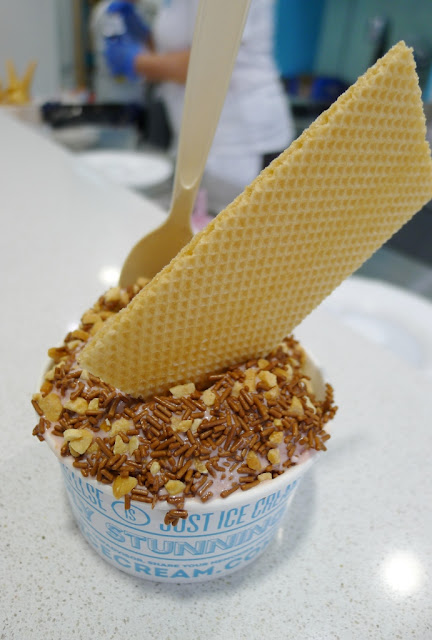 I, however, let my curiosity get the better of me and ordered a strawberry marshmallow North Pole (£2.75). According to the server, North Poles are the best value option on the menu. A liberal amount of vanilla ice cream was sandwiched between wafers and topped with a soft, super sweet, strawberry marshmallow. Raspberry sauce, nuts and chocolate sprinkles were optional extras – it would have been rude to say no. It was bloody good but I should caveat this by admitting that I’ve got a sweet tooth. 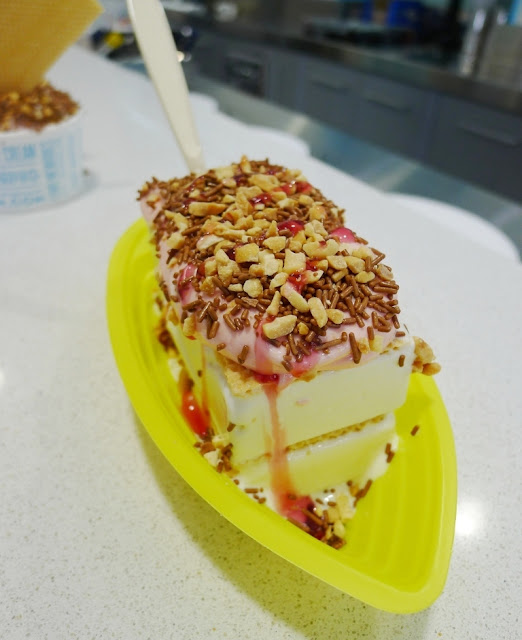 After one visit, I’m a massive fan of Joe’s ice cream. I’m just a little worried that I might need a tent and deck chair for the queue when the summer comes…