Update - this restaurant is now closed 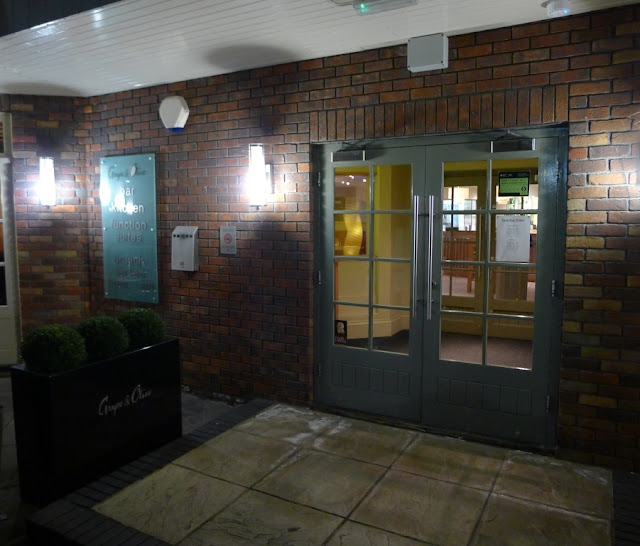 On Monday evening I was invited to taste the new menu at Grape & Olive.

Situated in a modern freestanding building on Wedal Road which wouldn’t look out of place on Ramsay Street, the last time I visited Grape & Olive was over four years ago. All I can remember about the meal was how unmemorable it was.

As such, despite looking forward to the complimentary calories, I was feeling a little ambivalent. 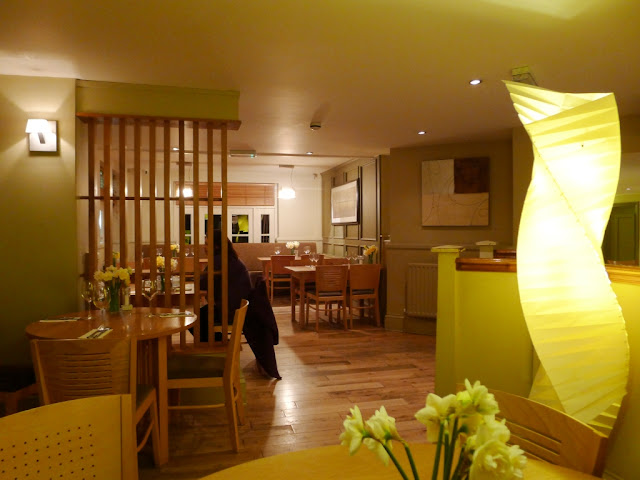 Whilst the Welsh produce packed menu encompasses burgers, pizzas, poultry and fish, it’s the Celtic Pride steaks which are the main event. Cuts include Chateaubriand and daily specials such as bone in ribeye. A couple of surf and turf dishes also put in an appearance.

As expected from a Brain’s restaurant, there’s a decent range of draught beers available. Whilst Rhys supped a pint of Nastro Azzurro, I had a bottle of citrusy SA Gold. 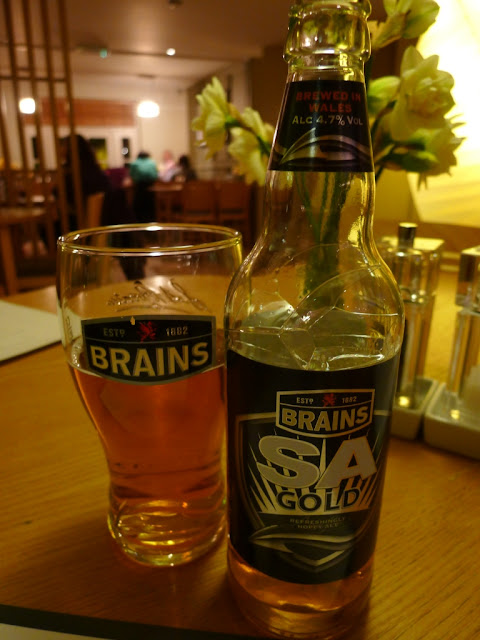 Any worries about the quality of the food were dispelled immediately by the very good starters. 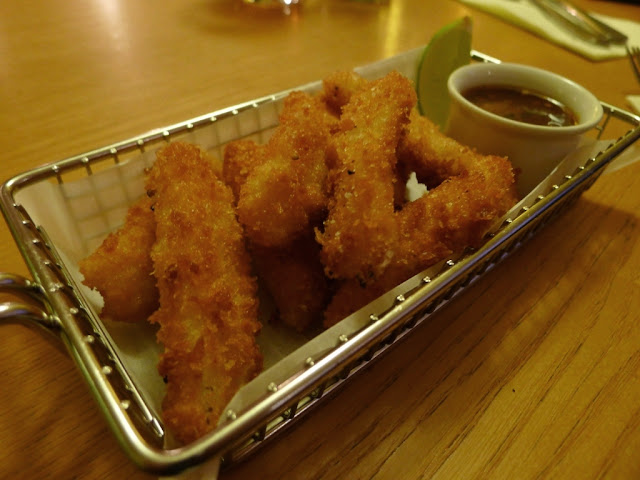 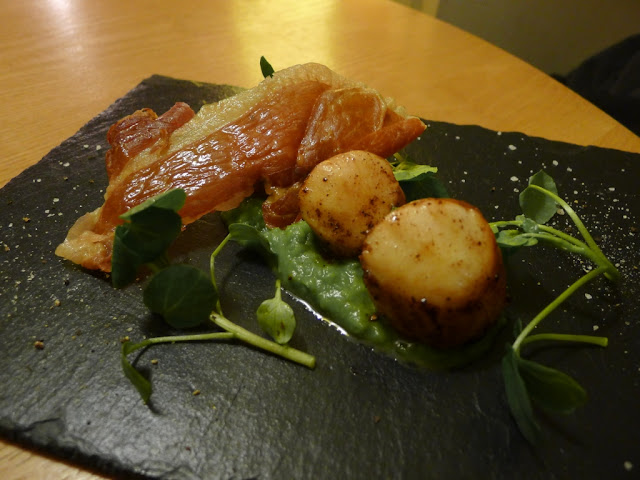 Mains were even better. Two slabs of unctuous pork belly (£14) were accompanied by a wedge of faultless crackling, smooth apple sauce, and a scattering of deep fried aromatic sage leaves. It would have been improved further by a jug of meaty gravy. 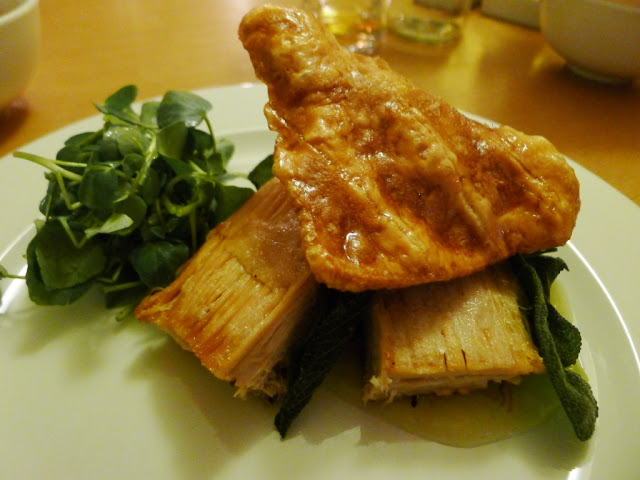 Rhys’ 16oz bone in ribeye (£23) from the specials menu was without doubt the best steak I’ve eaten in Cardiff. A Fred Flintstone-sized portion of juicy, perfect pink beef was surrounded with a pepper crust. 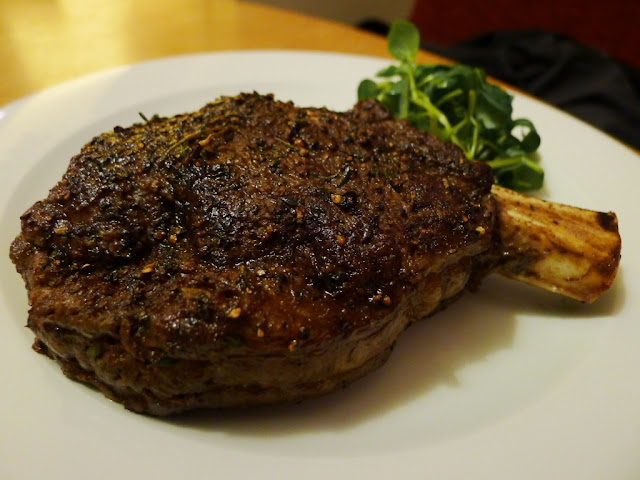 Each main was accompanied by the choice of a side dish. Rhys’ beer battered onion rings were textbook perfect. 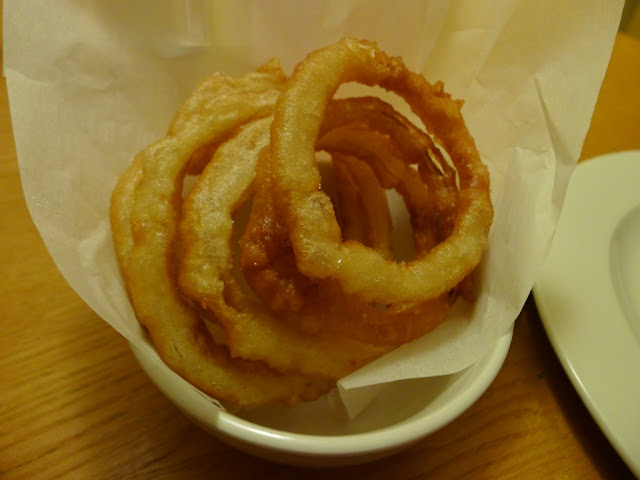 My honey roasted Chantenay carrots were buttery, salty and sweet but just a touch too soft. 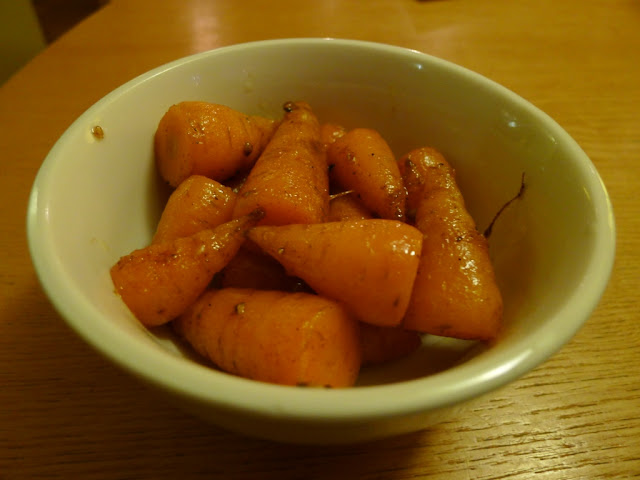 An additional order of French fries (£2.50) were fine. 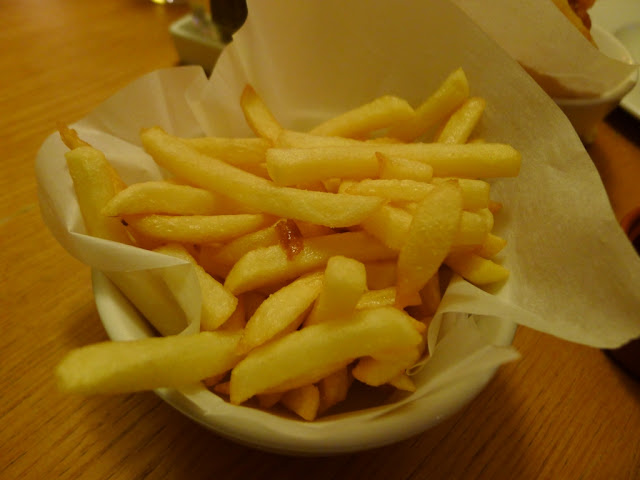 Rather embarrassingly, I started eating dessert before I remembered to take a photo. Perhaps it was an indication of how inviting the dish was.

A tasting slate of desserts (£9) comprised of a slice of crisp crusted pear and almond tart, gooey chocolate brownie and sticky date pudding with toffee sauce. Pots of creamy white chocolate chip ice cream and retro raspberry ripple were let down by a scoop of clumpy peach frozen yoghurt. 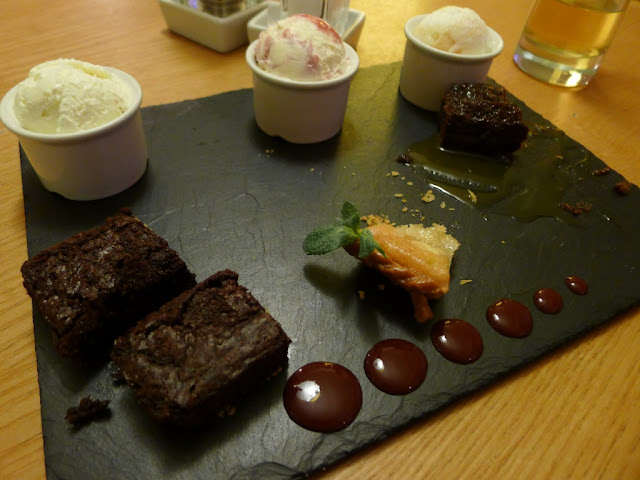 We were really impressed by our meal at Grape & Olive. If I’ve ever got a hankering for a good steak, Grape & Olive is going to be my go to destination.  And, with Mrs G’s 15% NHS discount, it’s going to be rather bargainous too.

I was invited to Grape & Olive - all food and drink was complimentary.