The Smoke House in Pontcanna is the third member of Cardiff’s BBQ restaurant trinity.

Having already got my paws dirty at the awesome Hang Fire and the less awesome Fire Island, I’d been looking forward to completing the picture with a visit The Smoke House.

The experience was enjoyable but... 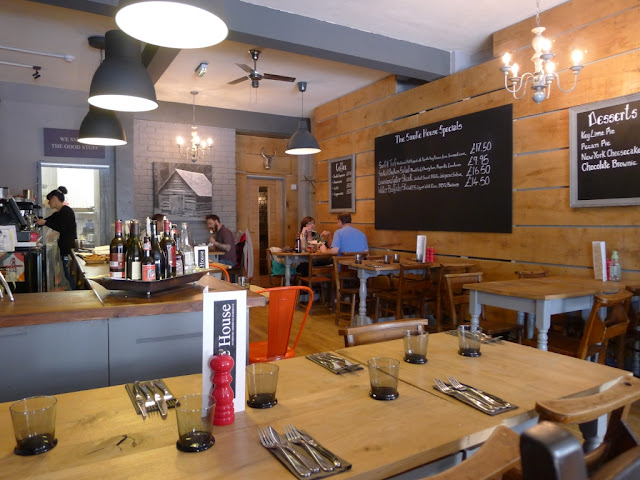 and they have a cracking range of interesting flavoured American craft beer (the citrusy Magic Hat IPA was particularly lush), 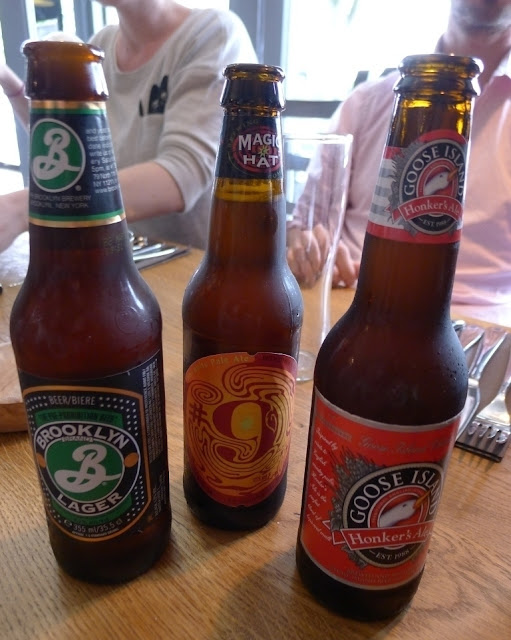 and service is super slick and friendly (complimentary pre-dinner pretzels and minging Hershey’s Kisses brought with the bill were a nice touch), 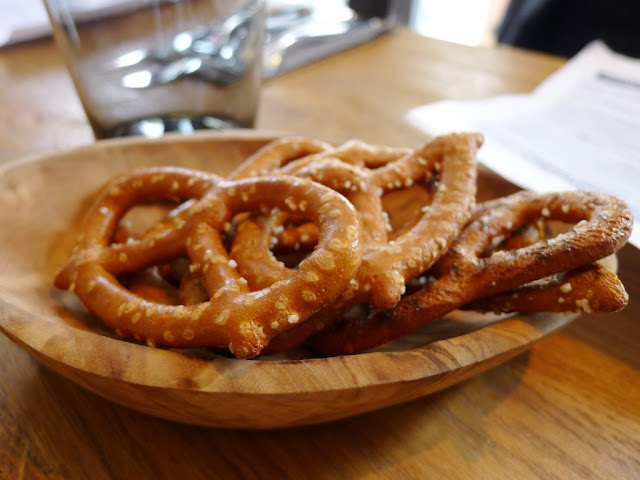 a BBQ restaurant is ultimately all about the meat, and it’s in this area that the Smoke House disappoints.

A half rack of ‘Memphis’ style dry rub ribs (£13.95) were tender but hadn’t been trimmed sufficiently to remove the cartilage and small bones. More significantly, too subtle smoking and the drenching of the meat with sweet barbecue sauce contributed to a samey experience. Sides of apple slaw, crisp fries, and a pot of smoked garlic mayonnaise were very good, whilst a pan of BBQ sauce was surplus to requirements. 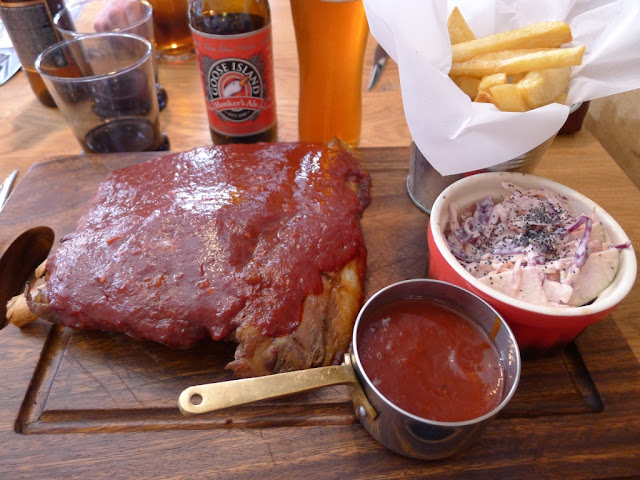 Mrs G’s pulled pork (£10.95) was tasty but suffered from the same problems - it was all just a bit soft and sweet. A bit more restraint with the sauce, a bit more smoking and some more textural contrast would have improved the dish. Sides of onion rings were good but lacked the uber-crispness of the best. A pot BBQ beans also contributed to the relentless BBQ sauce action. 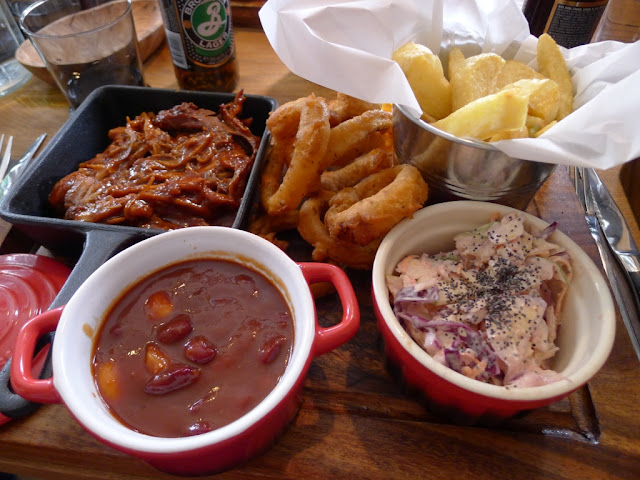 A side dish of brisket (£3.45) was once again swimming in BBQ sauce. As such, whilst the pulled pork and brisket should have been dramatically different, there was actually very little to differentiate them. 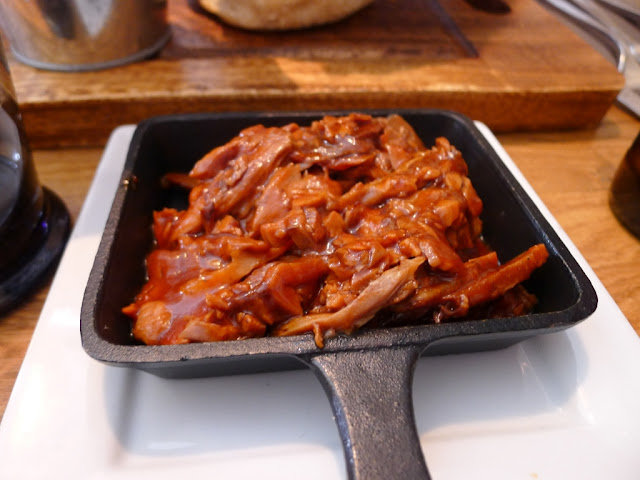 Our other friends ordered slow smoked BBQ chicken (£10.95), a nice juicy half chicken with no discernible smoke flavour, and a Smokehouse burger (£9.50) which was described as good but unremarkable. 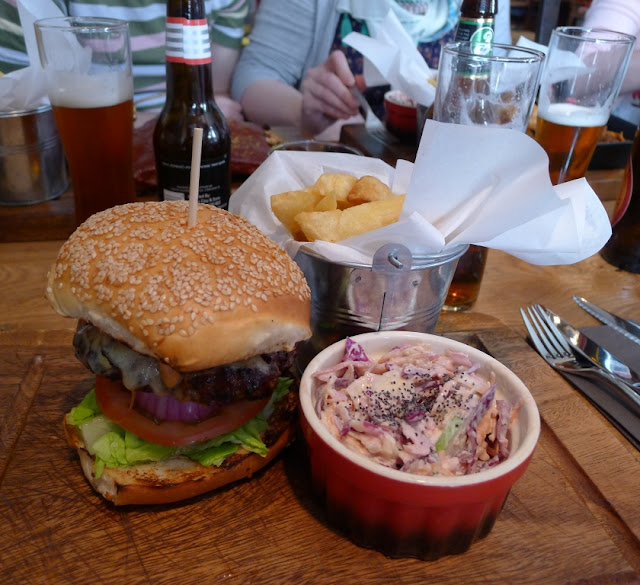 For dessert, a warm pecan pie combined a light syrupy filling with crisp pecans. A scoop of creamy vanilla ice cream was good but an unnecessary slick of chocolate syrup conspired to mask the flavour of everything else on the plate. 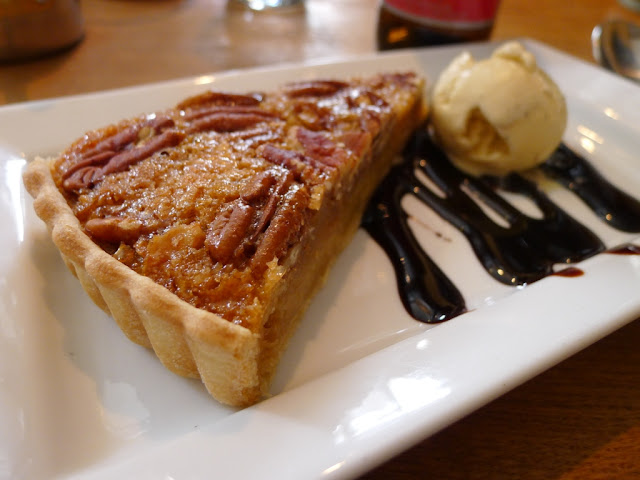 Baked New York cheesecake was pleasingly light but could have done with a citrus note to balance its richness. 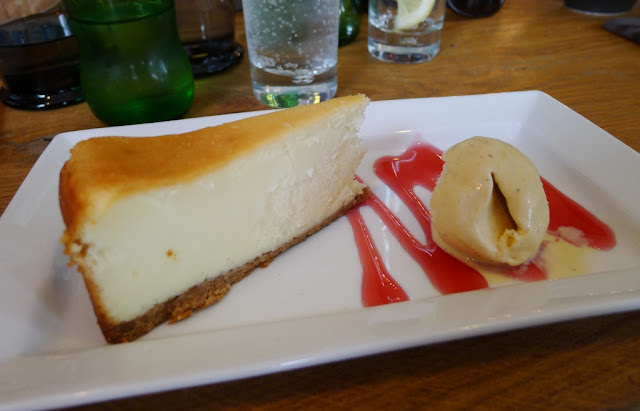 Key lime pie with crisp pastry and a whipped, sharp, creamy filling was the strongest of the trio of desserts. 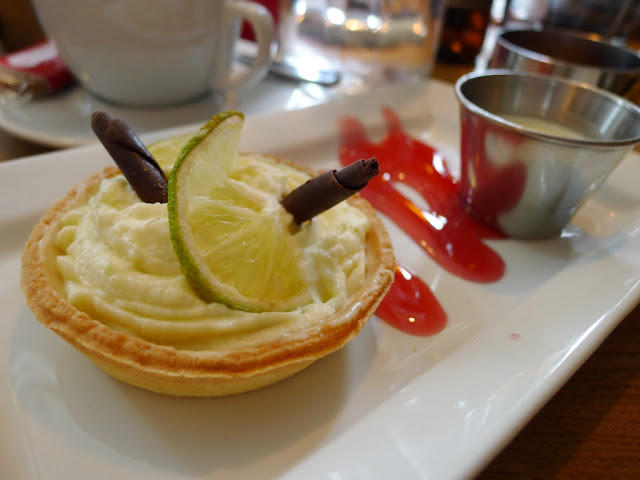 Our meal at the Smoke House was fine. In fact, it was only the smoked meat which was a real disappointment.

But here’s the thing... a BBQ restaurant is all about the BBQ.