Spiceberry on Caroline Street has a new chef of some pedigree – Chef Pramod Nair is a former Sous Chef at the Taj Malabar hotel, Exec Chef of Mint & Mustard group and most impressively, whilst cooking in London, the indomitable Fay Maschler named his restaurant, Coromandel, as one of her top five Indian gaffs. 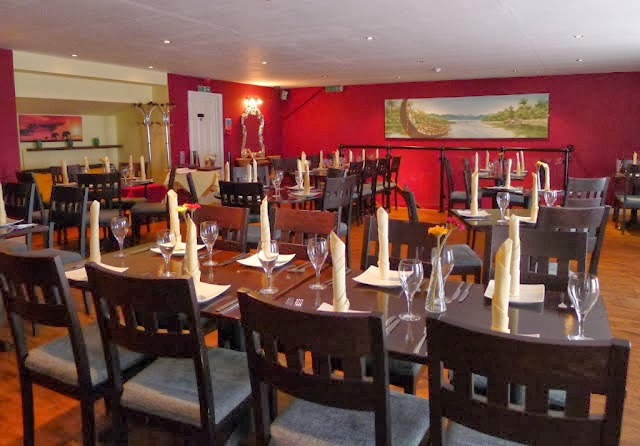 The arrival of a new chef at Spiceberry also heralds a slight change of direction in the menu since our last visit – it’s been paired back and its focus shifted solely to the fish and coconut-laden cuisine of Kerala.

With a brief menu (by Indian restaurant standards) of nine starters and nine mains, there’s little room to hide. Dining as a group of six, we worked our way around most of dishes and found some to be excellent and others to be average.

Fresh poppadoms kicked off the meal with standard mango and lime chutneys and a delicious sweet tamarind variety. 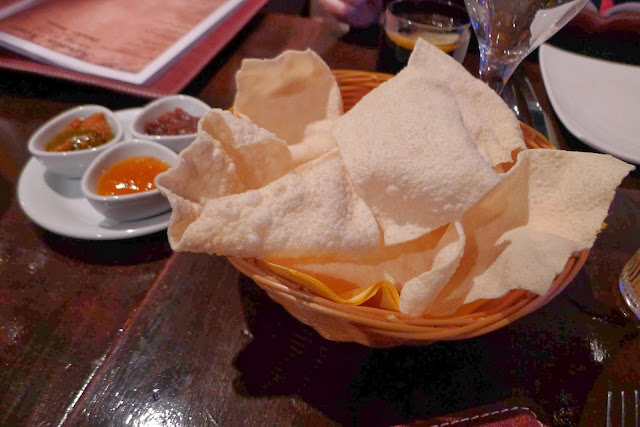 Pick of the starters was thara kuttanadan (£6.20) a wondrous, meaty dish of slow cooked, yielding duck with coconut and curry leaves. 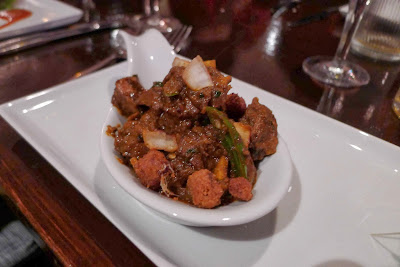 Thairu wada was the only major disappointment (£4.20) - a bland starter of lentil donuts in yoghurt.

Mains too were a combination of peaks and flats. 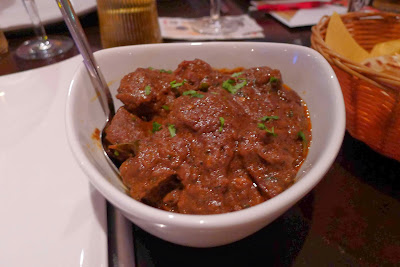 Meen curry (£12.90) was the antithesis of its name – generous fillets of meaty swordfish in a vibrant red, aromatic curry. 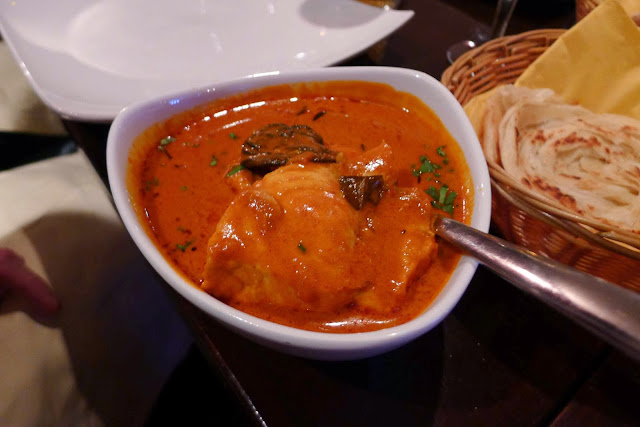 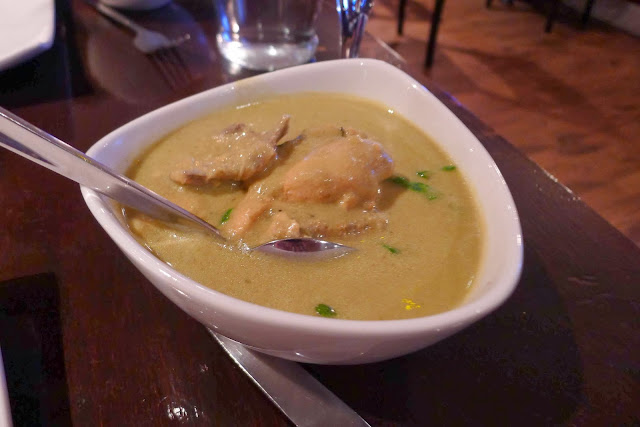 So too were the breads (parathas and chappathis) which were serviceable but could have been softer. 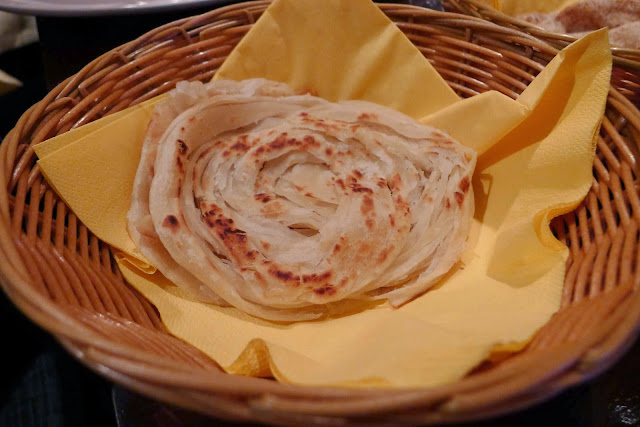 The only below par dish was malabar aaturachi ishtu (£10.95), pleasingly soft lamb in a seriously bland creamy sauce.

We rounded off the meal with teapots of superb spiced, creamy aadivasi chai (£2.75) and a complimentary birthday dessert - godambu apple aluva (£3.80), a first-rate example of Indian comfort food. Reminiscent of mashed up bread and butter pudding, this wheaten dessert was brimful with soft apple, raisins, cardamom and cinnamon.

Spiceberry remains one of the most exciting restaurants amongst the chain dominated offerings of Cardiff City Centre. Choose wisely and there’s an excellent meal to be had.