*This restaurant is now closed* 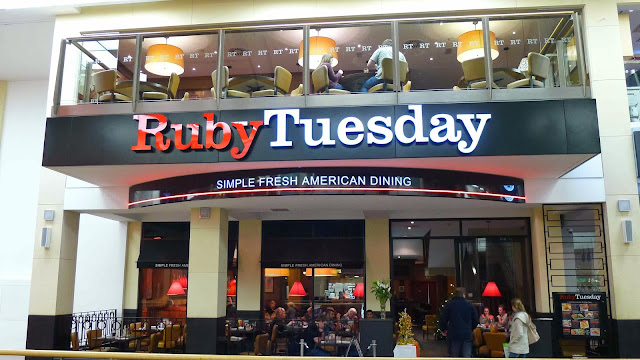 Ruby Tuesday, an American chain of over 900 restaurants, has only two British outposts; the first opened in Cardiff back in 2010 and the second in Cheltenham in 2012.

Whilst we browsed the menu of American staples including meatloaf, ribs, grilled chicken and shrimp, we ordered a couple of bottomless drinks including a fresh strawberry lemonade (£3.29) with a good level of sharpness and fruit. 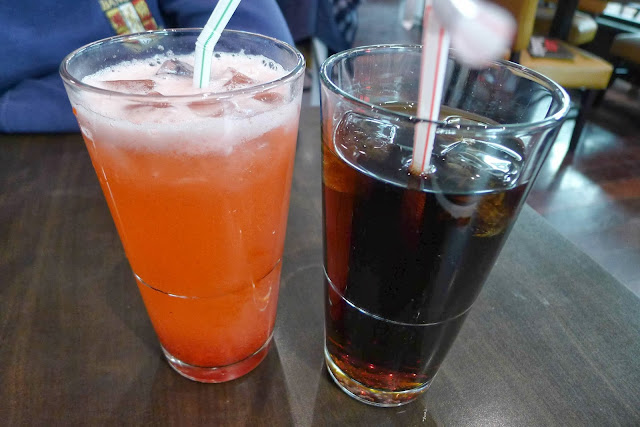 1. How was the patty? My burger, made from 100% prime beef, was described as “the best of the best”. Despite the patty's decent flavour, it was disappointingly dense, dry and well done. The Smokehouse burger’s patty was worse; it had the same flaws as the Triple Prime and lacked flavour to boot.

3. How was the other stuff in the bun? Pretty good in fact. The Triple Prime was accompanied by a generous ooze of melted cheese, mayo, lettuce, gherkin, tomato and red onion. Meanwhile, the Smokehouse’s combination of deeply savoury blue cheese, sweet barbecue sauce, smoked bacon & flabby onion rings looked minging but tasted nice. 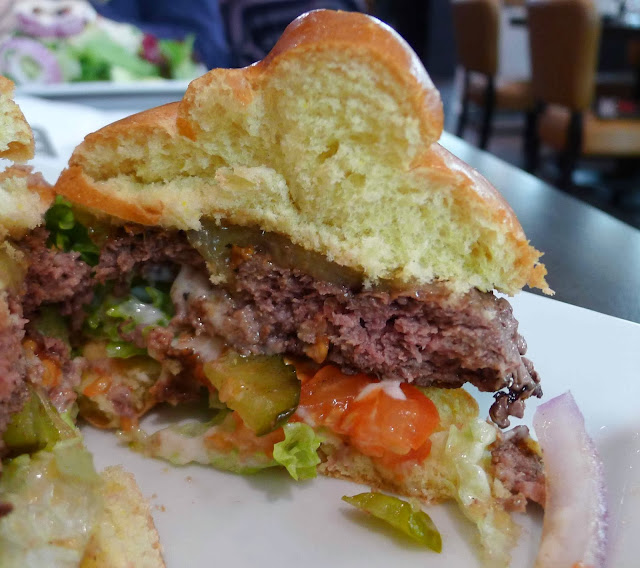 4. How were the fries? Average. However, the availability of bottomless refills is to be commended. If we had more time I’d happily have tucked away another plateful. 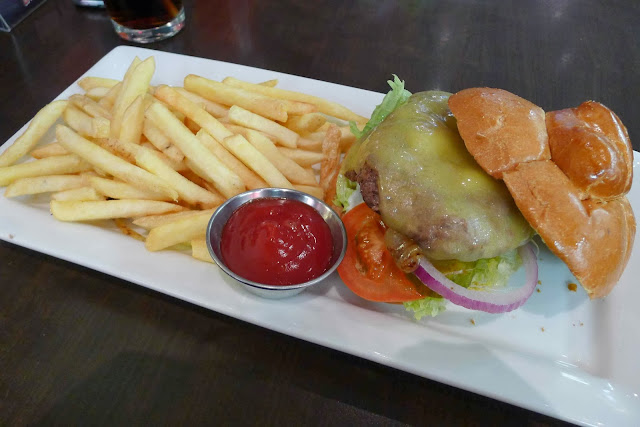 6. How was the service? Ruby Tuesday was rammed on the weekday night we visited. In spite of this, once we managed to get seated, service was friendly and efficient.

7. So what's the verdict? Ruby Tuesday’s mediocre burgers serve as timely reminder of how much Cardiff's burger scene has improved recently. In fact, for the rest of the evening Mrs G made it very clear that I’d denied her a visit to The Grazing Shed.