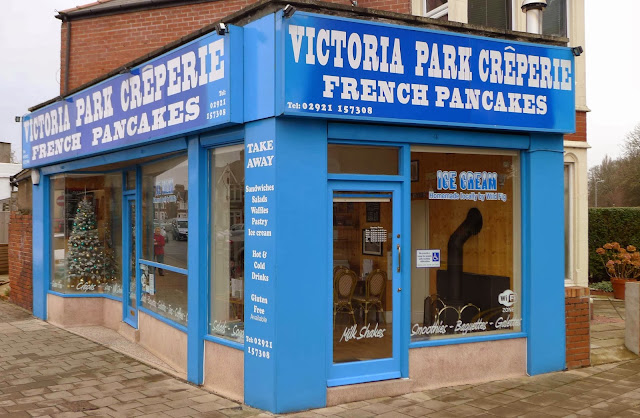 The French accent reigns supreme in the world of food.

Passion, expertise, authenticity and glamour are all captured by a single “ooh la la.”

Raymond Blanc could make lardy cake sound like the sexiest dish on Earth.

The French owners of the Victoria Park Crêperie and the superb pancakes and waffles they serve both help create a slice of France on Cowbridge Road East. 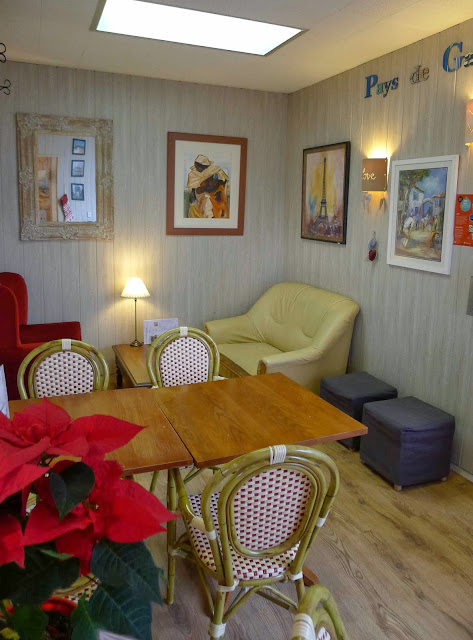 The Crêperie’s menu is reassuringly focused – crepes, galettes, waffles and ice cream form the mainstay. There are also a few salads, baguettes and soups IF for some crazy reason you don’t fancy a two-course meal of pancakes and waffles.

For main, I ordered a ham, cheese and egg galette (£4.50). The soft, thin pancake cosseted the dynamite combination of runny egg, tender ham, oozing salty cheese and oregano. A handful of perfectly dressed leaves provided freshness on the plate.

Mrs G’s bacon, cheese and egg galette was excellent as well (£4.50). However, a friend’s chicken, cheese and tomato option (£4.80) was rated average – the chicken being a touch too dry. 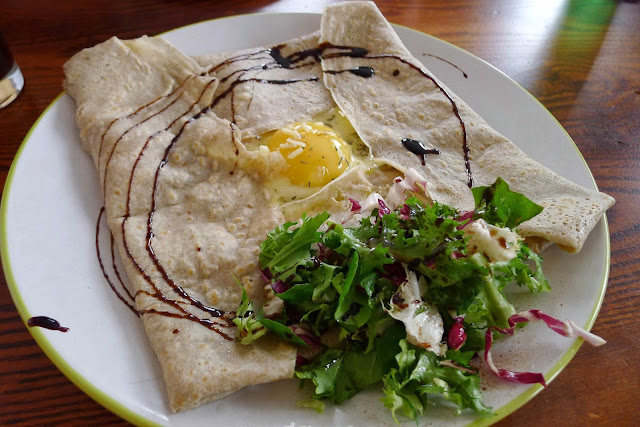 A crisp and cloud-like waffle (£4.00) was served with soft, sweet apple, a drizzle of light homemade caramel, a sprinkle of cinnamon and a scoop of creamy Wild Fig vanilla ice cream. This was easily one of the best desserts I’ve eaten in Cardiff this year. 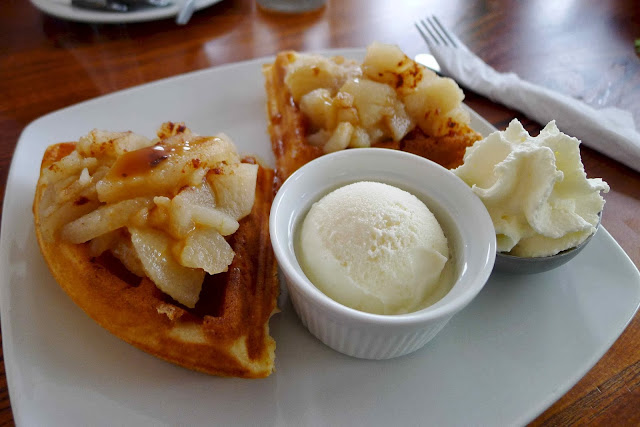 Crepes with crisp almonds and nutella (£3.50) and tender banana and chocolate sauce (£3.50) were also fantastic - both generously filled and not too sickly. 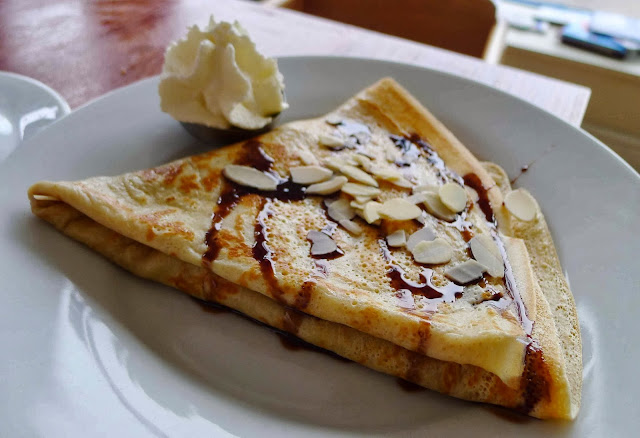 The Victoria Park Crêperie serves food which is both authentic and excellent value. Furthermore, if you want to practise your “sacrebleus” whilst mange-ing on a pancake then the Crêperie also hosts a monthly French speaking group.