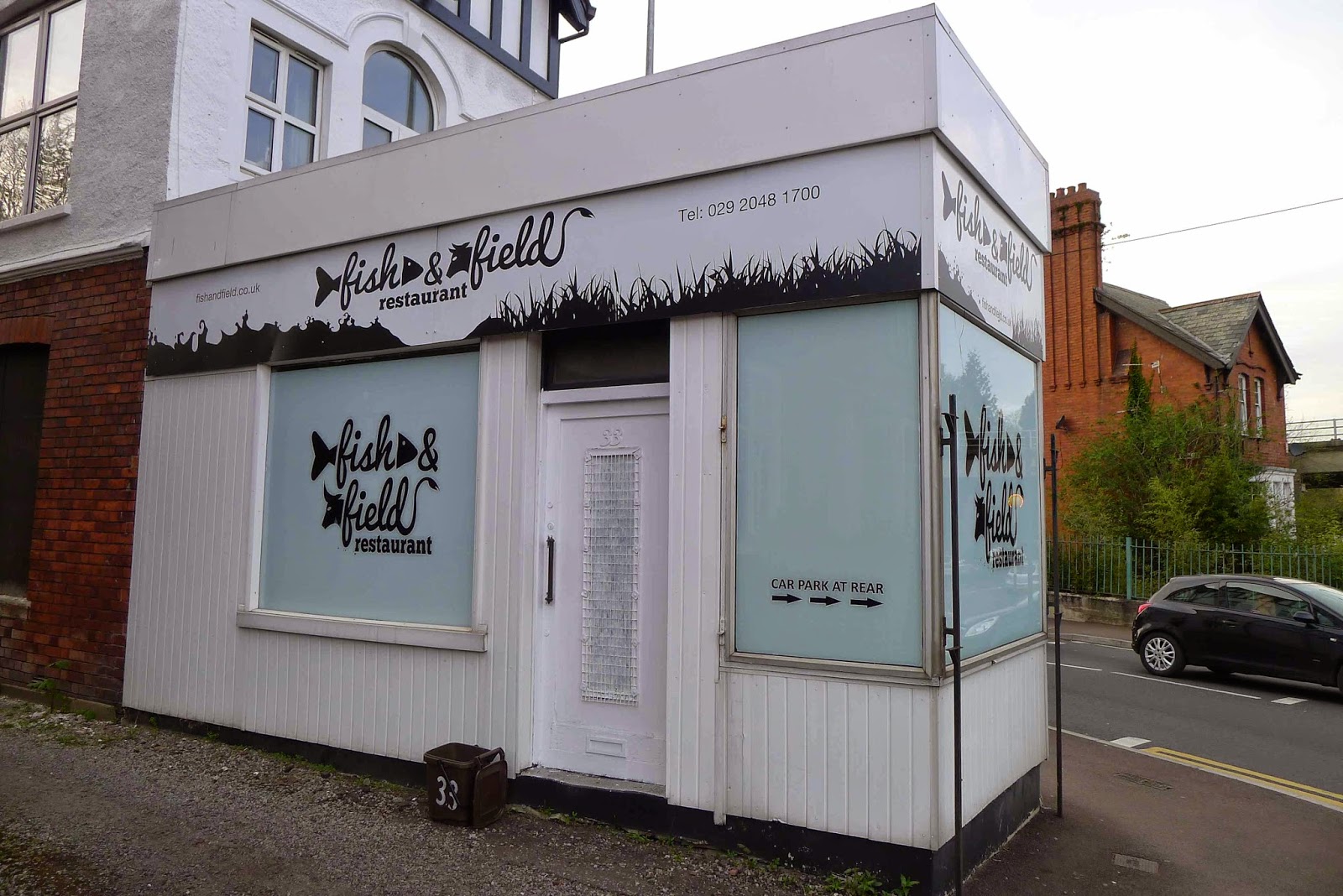 Not surprisingly, with a name like Fish and Field, the compact menu focuses on vegetarian food. I’m kidding. 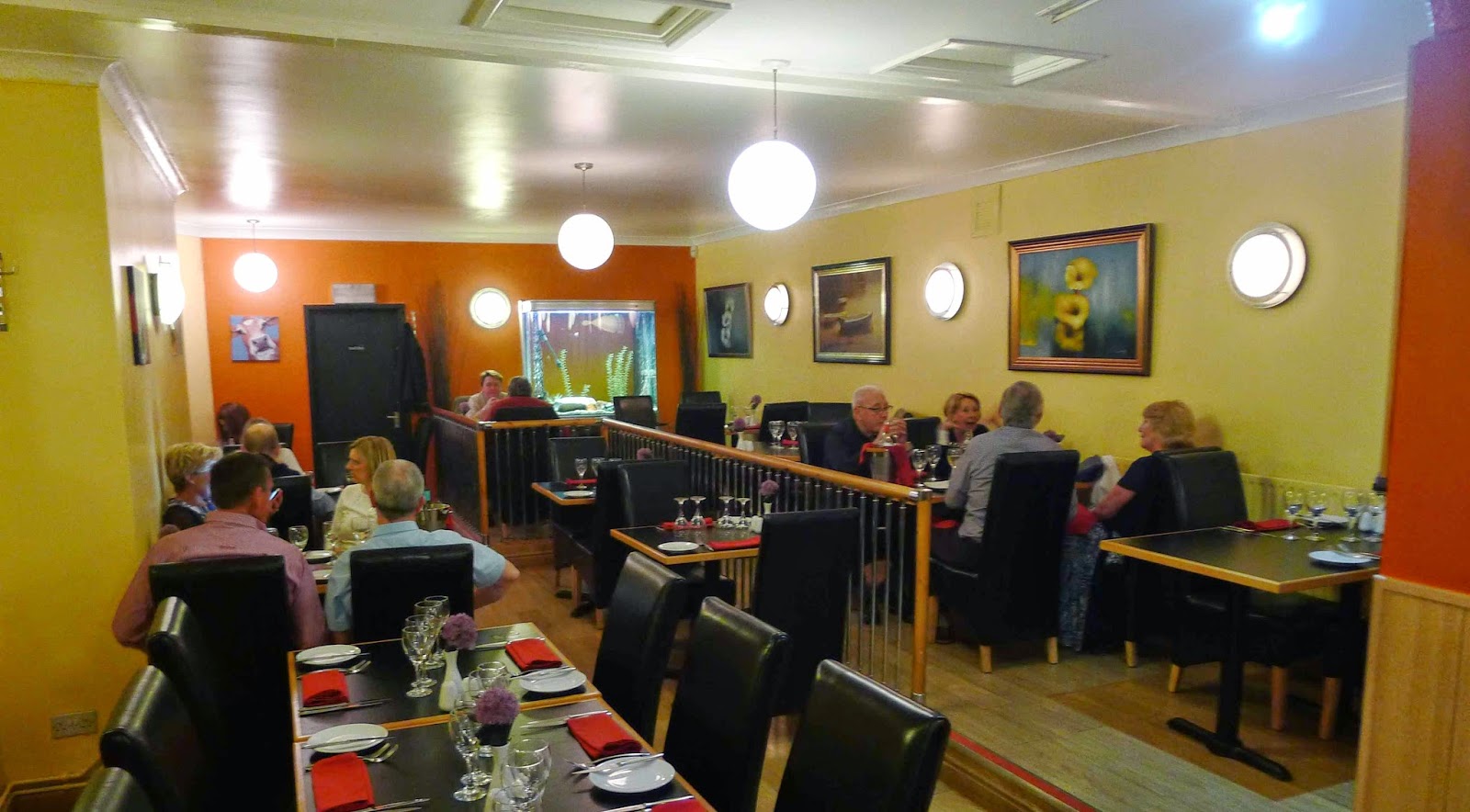 With starters weighing in around £8, mains around £20 and desserts at £6, the pricing is ambitious. However, a set menu offering 2 courses for £13.50 until 7pm can make the price of a meal far more palatable.

Starters were both excellent – for me a duck spring roll (£8.50) comprised of crisp pastry filled with tender shredded duck meat. It was served with a sweet & sour onion chutney with a huge wallop of chilli. 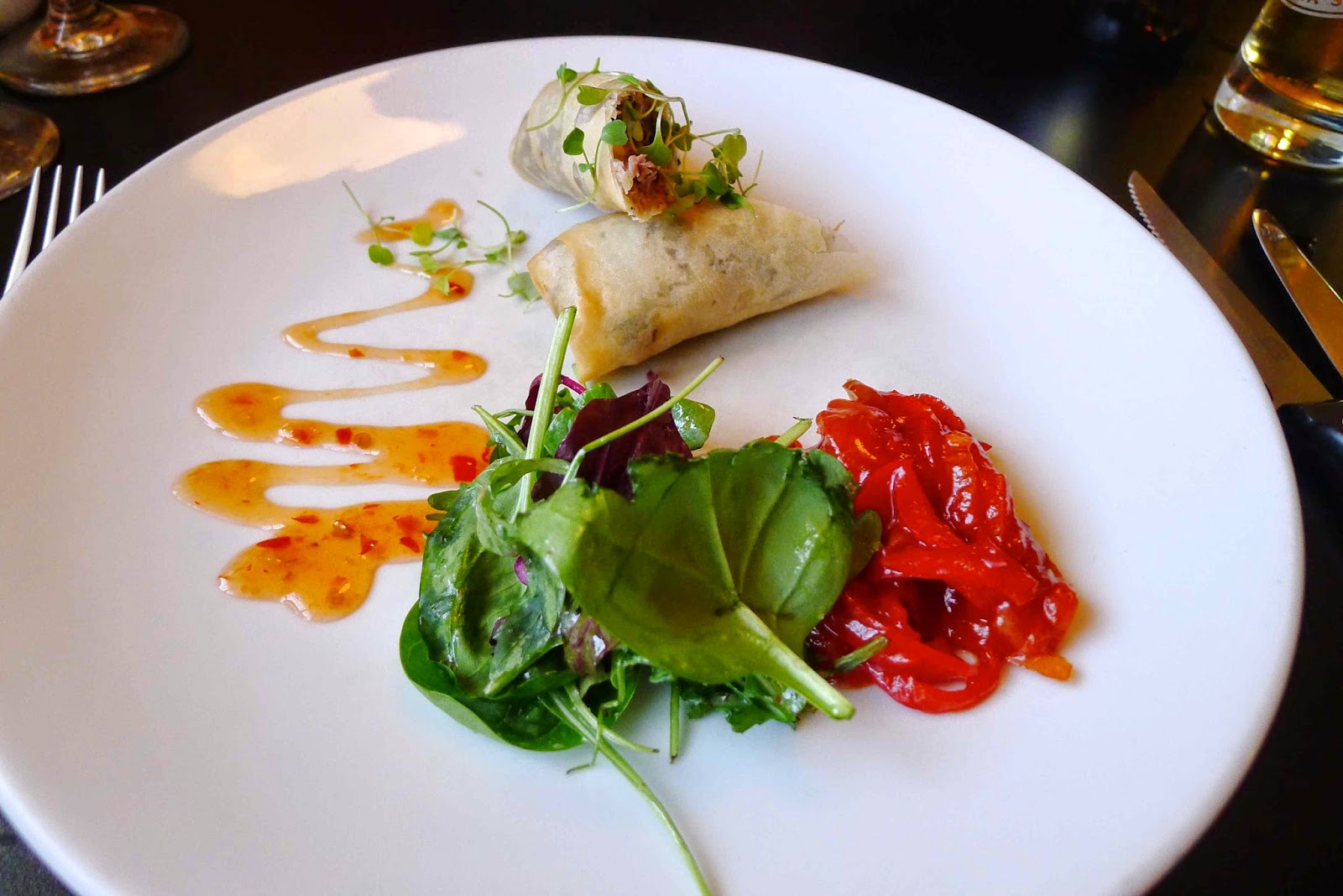 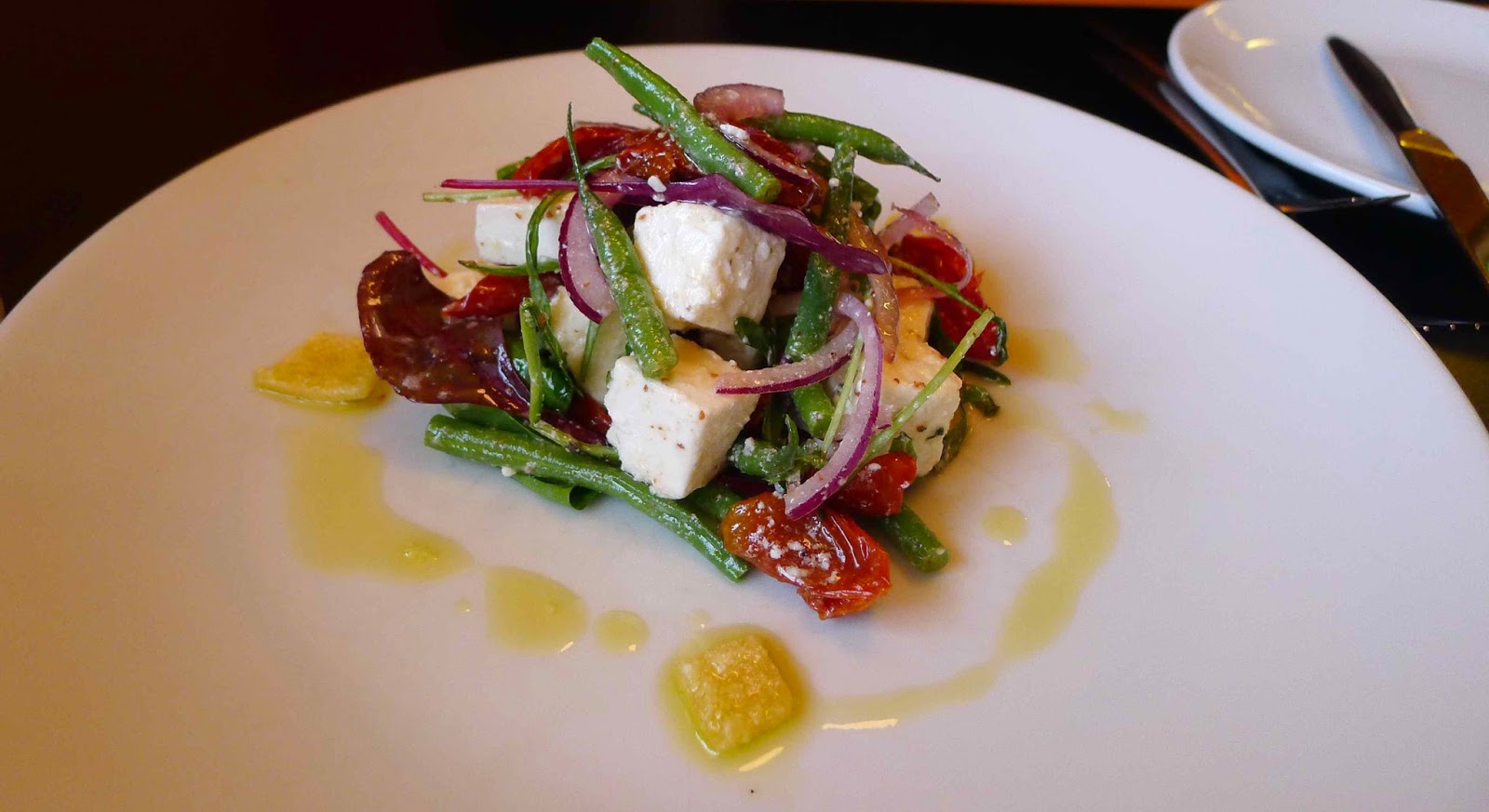 The specials board contained some super sounding fish dishes including sewin, plaice and lemon sole. However, their uninspiring accompaniments (new potatoes, mixed vegetables and no sauce) meant I made a last-minute defection to steak.

The 10oz ribeye (£19.95) was very well flavoured and tender too. However, its cooking was erratic – one end was medium-well, the middle was medium-rare (how I ordered it) and the other end was blue. 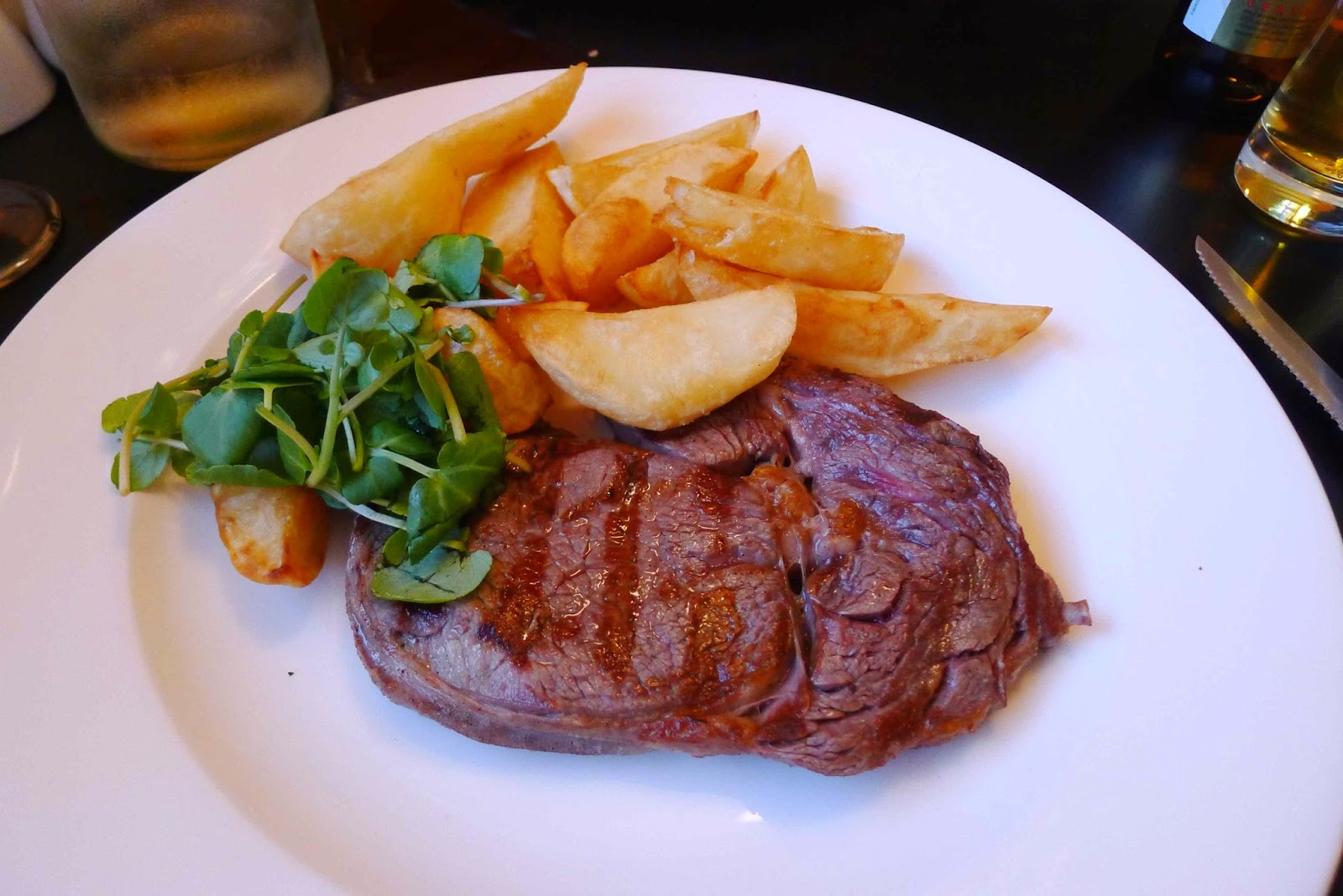 Chips were nicely fluffy but some were crisp and others were on the soft side whilst a jug of peppercorn sauce (£2.75) had stacks of taste but was too runny to coat the food properly. 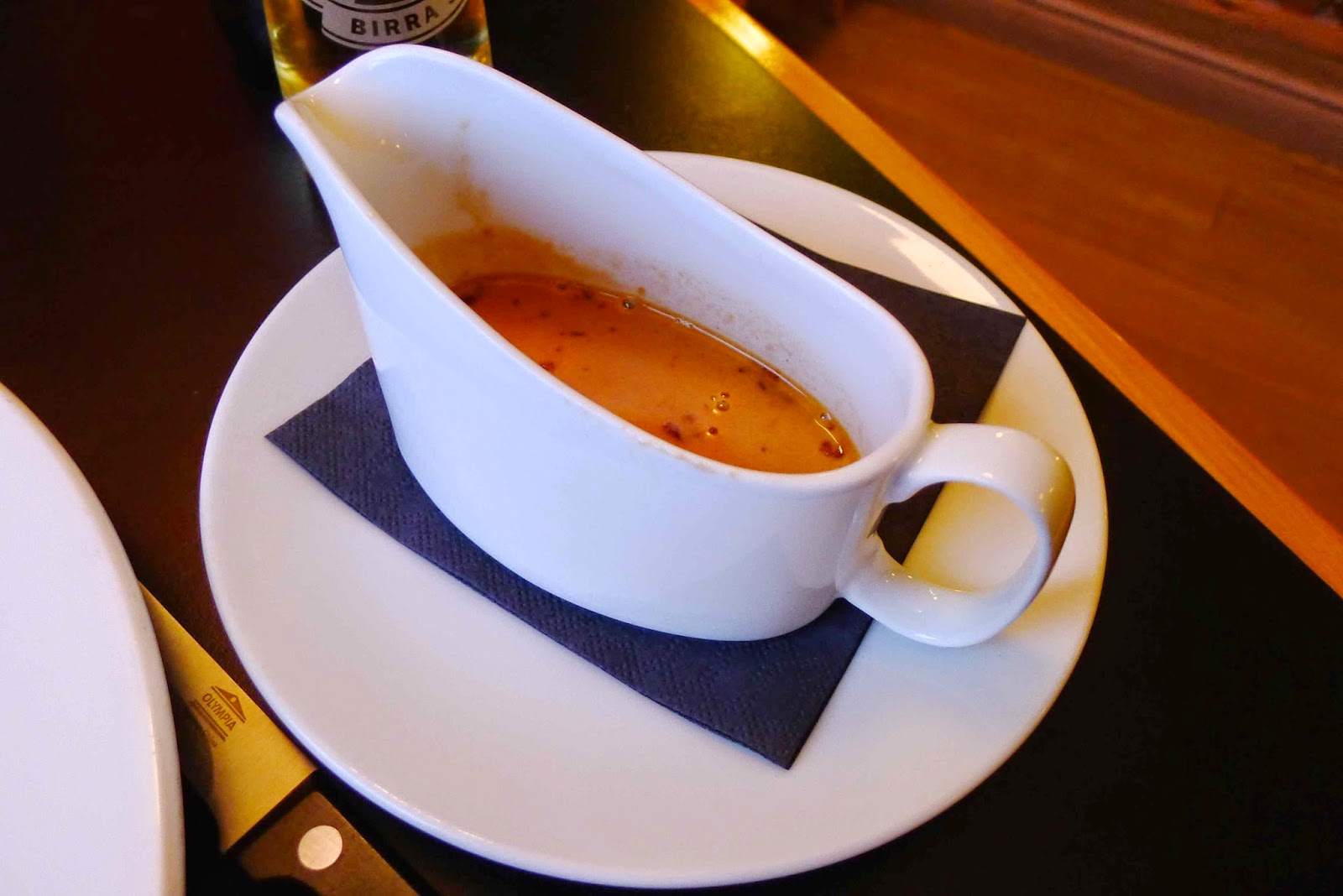 For the other main, tender slices of venison sirloin (£19.50) were covered in velvety chocolate sauce – slightly bitter and slightly sweet with a gentle chocolate hit at the end. It was served with sautéed new potatoes and leeks. 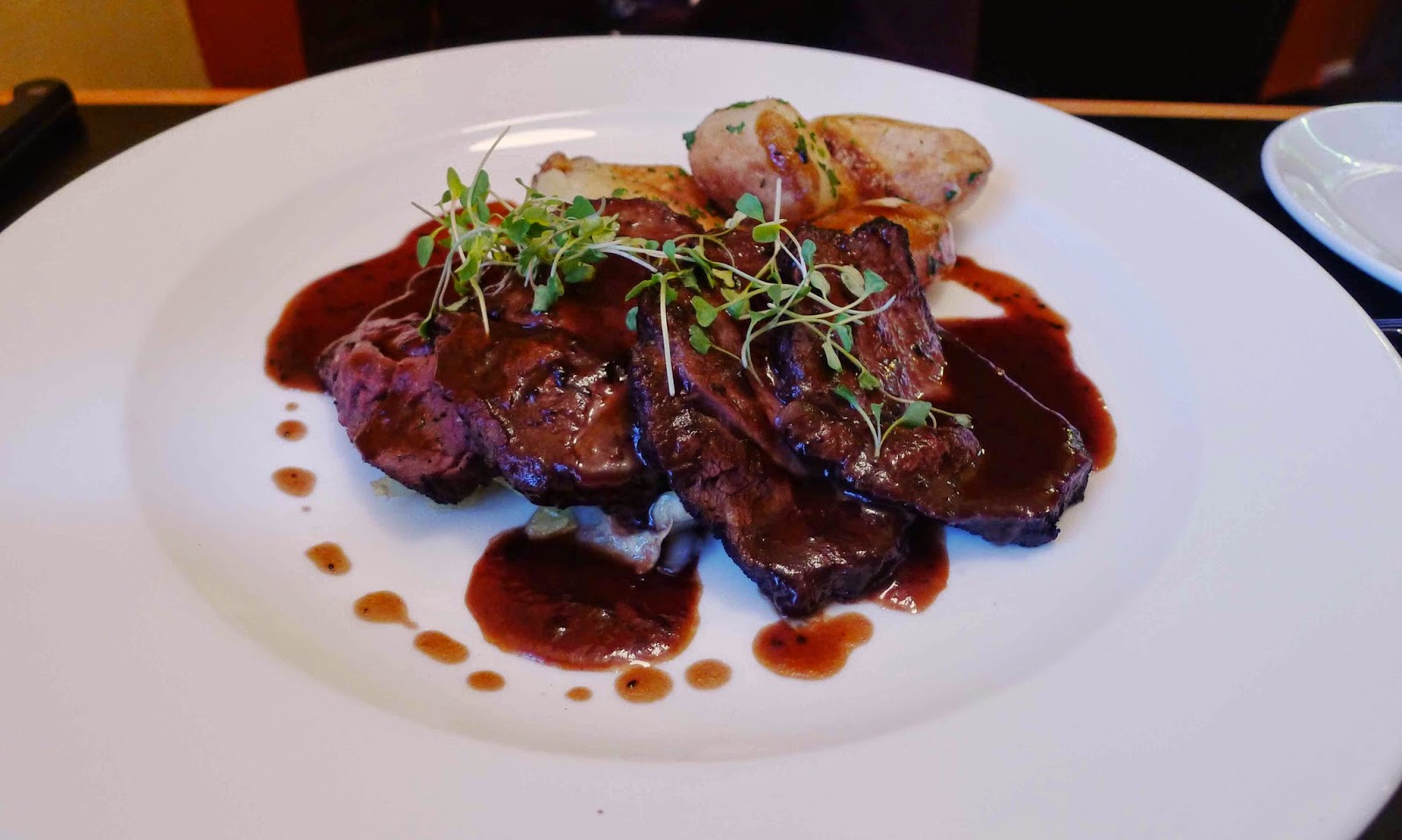 For pudding, Mrs G ordered a banana tarte tatin (£5.95). Despite the unappetising appearance of the blackened banana, this was a delicious dish – soft fruit, golden caramel, crisp pastry, vanilla ice cream and shards of dried banana combined with great effect. 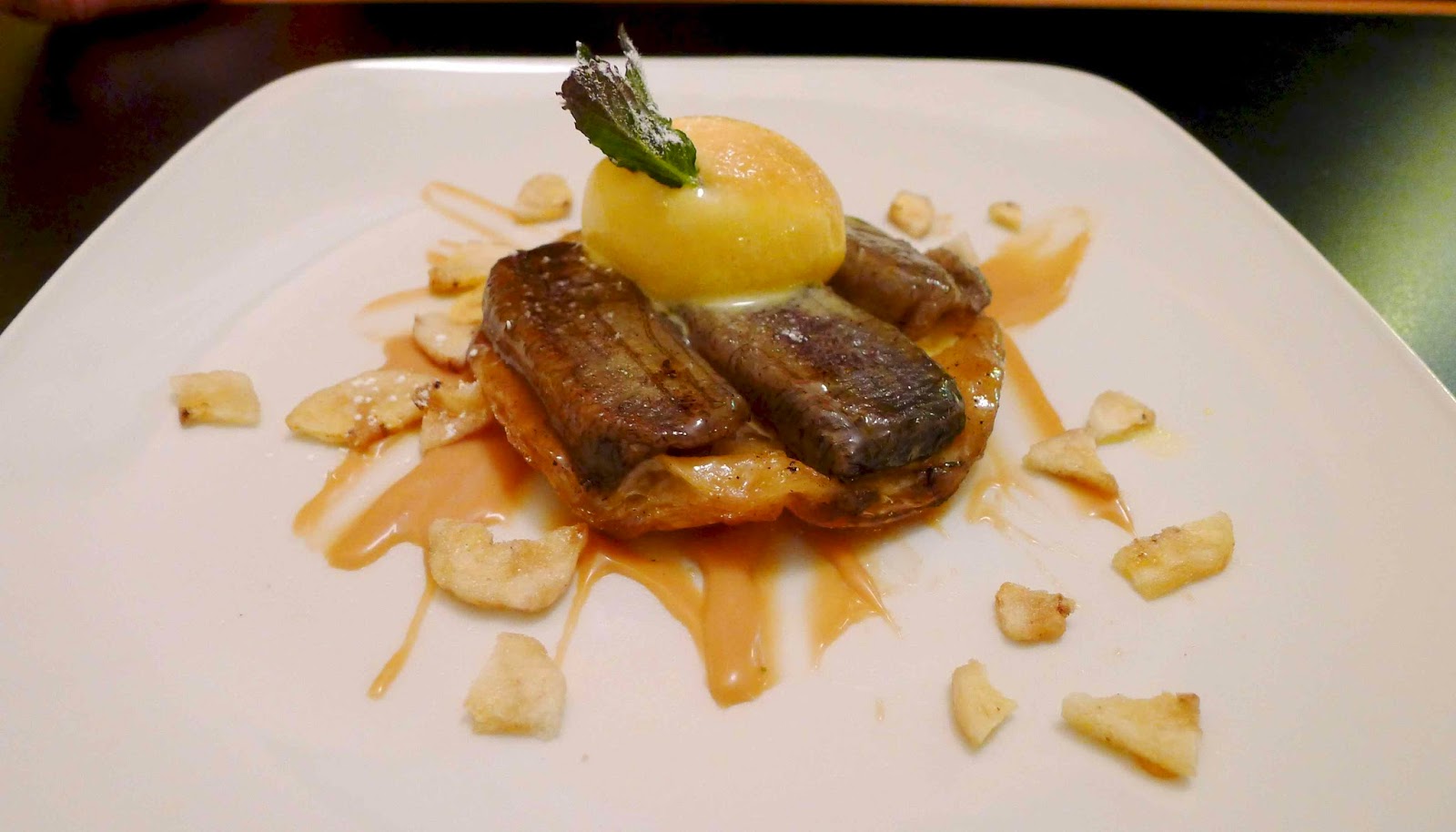 My raspberry mille-feuille was less successful (£5.95) – the slightly anaemic looking pastry was crisp but the raspberry filling was too tart. And the portion was dinky. 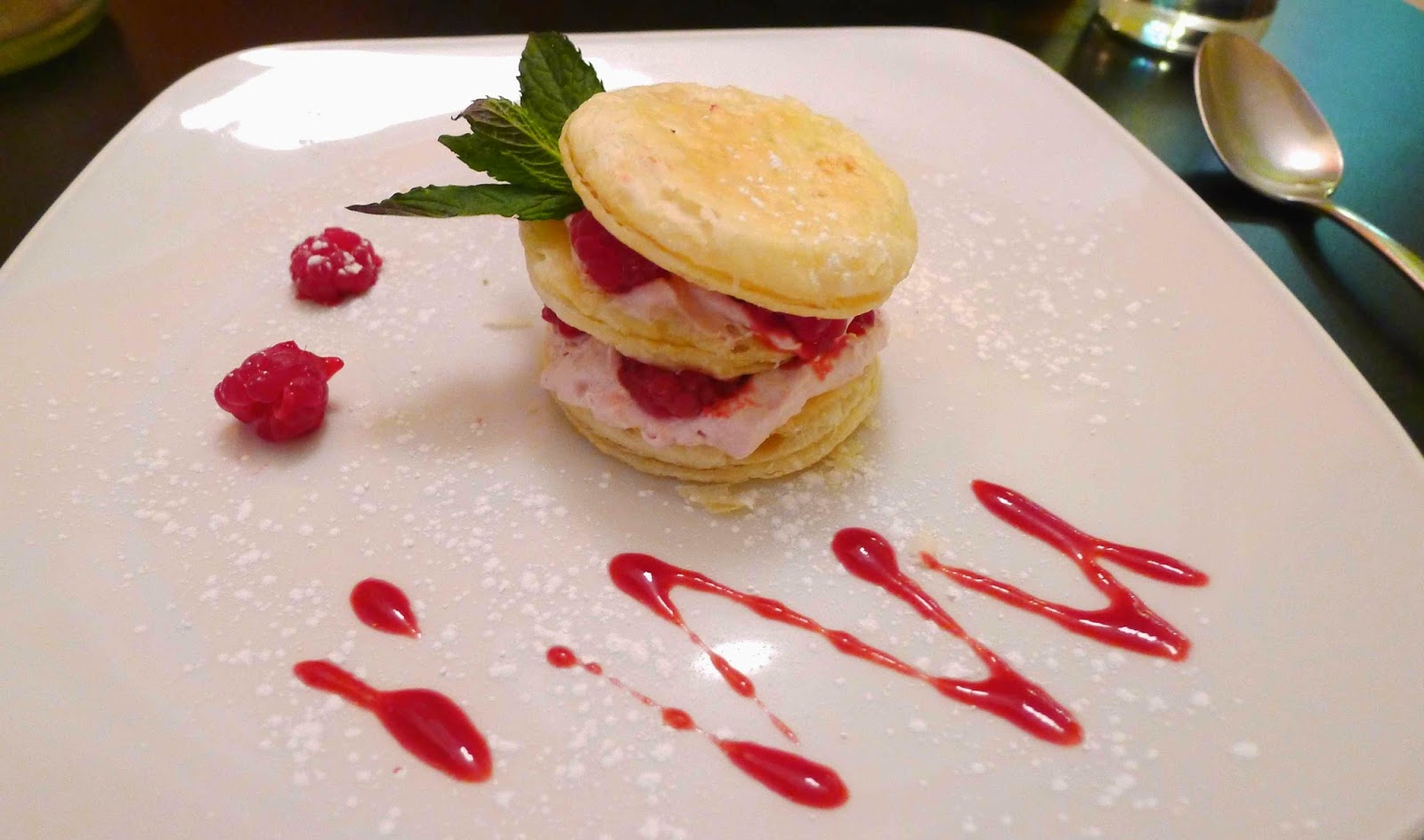 Service was exceptionally friendly but not without its flaws – a coffee ordered with dessert didn’t arrive and side plates teased at the prospect of bread and butter that was never offered.

We had a nice meal at Fish and Field. However it was a little too average and a little too pricey to make me want to hurry back.