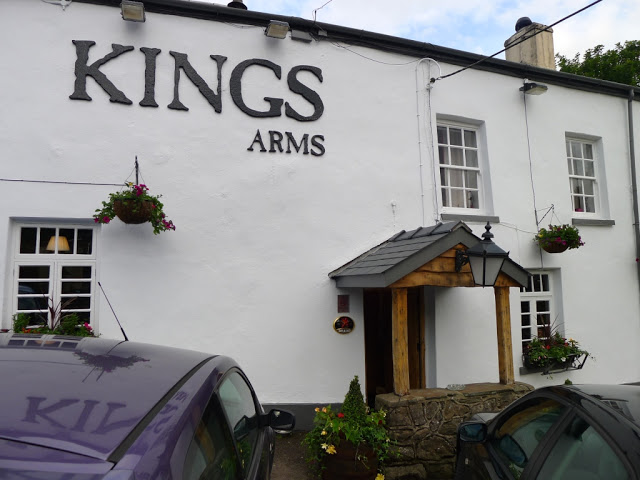 It’s been a couple of years since I last visited the Kings Arms in Pentyrch - it was decent but I wasn’t in a rush to go back.

However, last February it was taken over by Andy Aston, the former head chef of the departed yet well regarded Woods Brasserie in Cardiff Bay.

Now, the Kings Arms is great and I can’t want to visit again soon. 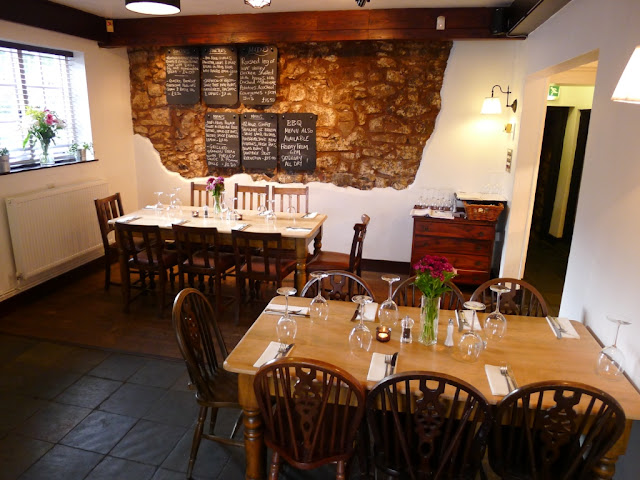 The menu is packed with the kind of dishes I’d happily eat every day of the week - classic flavour combinations with a modern twist here or there. The only downside is a slightly dull selection of Brains beers available on tap.

The pub itself is a charming 16th century building with cosy nooks and crannies - just the kind of place that draws you in during the cold winter months.

To start, Mrs G ordered the home smoked mackerel (£5.25). A pan seared fillet of meaty fish was balanced beautifully by a warming creamy horseradish remoulade and pieces of earthy beetroot. 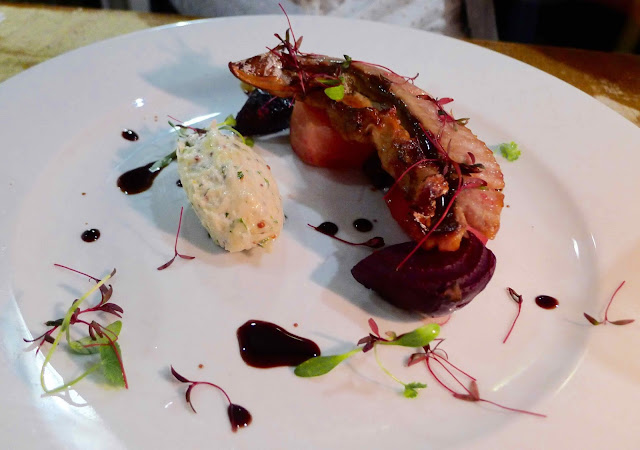 My starter (£6) was the size of a main course - just how I like them. A heap of crayfish was bathed in a creamy sauce sweetened with crabmeat, spiced with chilli and topped with a parmesan crust. A parmesan tuile and some herby fried bread completed the indulgence. 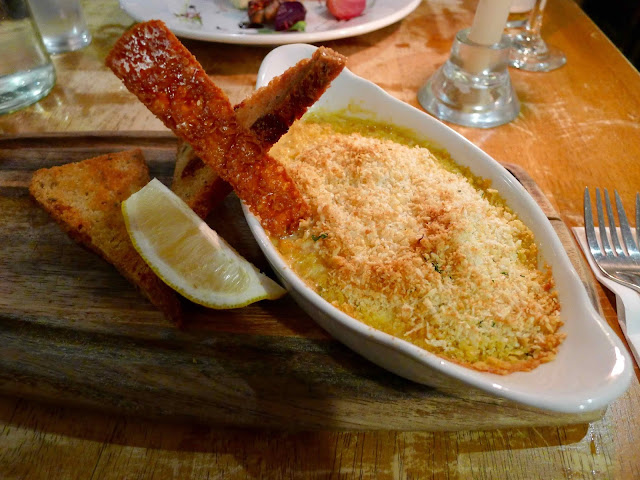 Onto mains and the cracking comfort food kept coming.

A yielding lamb shoulder (£15) was served with a rich rosemary jus, delicately sweet red cabbage and a golden slab of potato gratin. The richness of the plate was cleverly tempered by the presence of a few capers in the gravy - a few more wouldn’t have gone amiss. 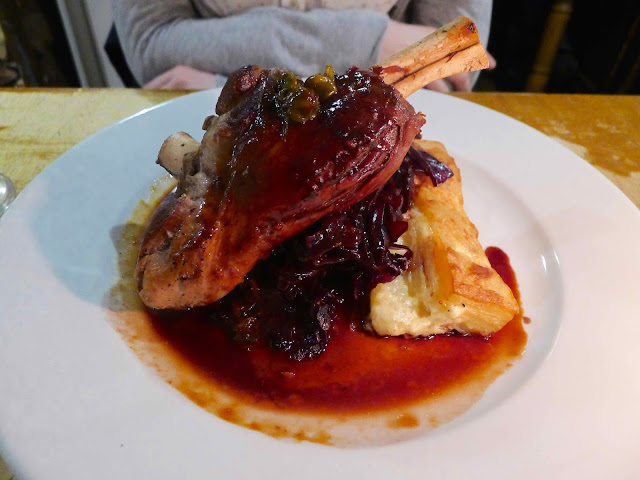 Steak and kidney pudding (£15) is one of those dishes which is so difficult to get right. At it’s worst, it’s soggy, stodgy and whiffs of urea. The King’s Arms serve it at its best - a thin crisp suet crust gave way to tender, flavour-packed meat bathed in gravy. The stellar accompaniments elevated it even further - rare pieces of flank steak, wedges of baked celeriac, creamy pommes mousseline, butternut squash puree and a glossy sauce. 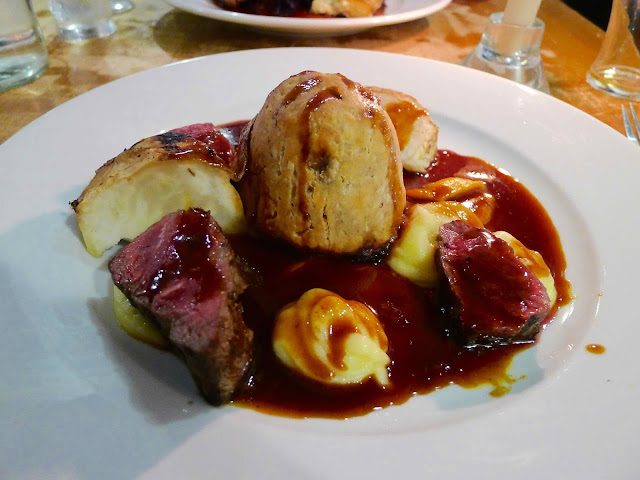 Nearly onto a clean sweep of stonking food, desserts didn’t let the side down.

A seriously smooth coffee creme brûlée (£5) was topped with a golden caramel crust. It was accompanied by whisky and fruit sable biscuits which could have been a touch crisper. 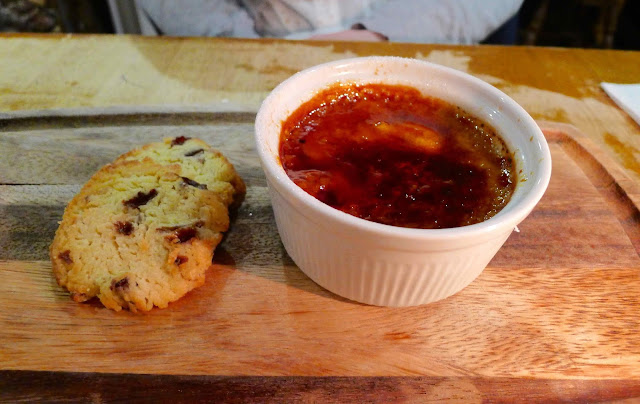 My chocolate fondant (£6) had already spilled its contents over the plate. The chocolatey goodness was balanced by a wicked clotted cream ice cream and kirsch soaked cherries. 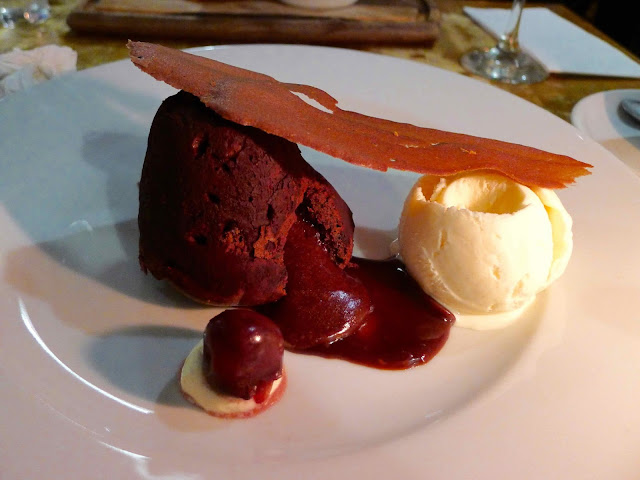 Dinner at the Kings Arms was brilliant. If you’re looking for a country pub that's a stone’s throw from Cardiff then this is the place.