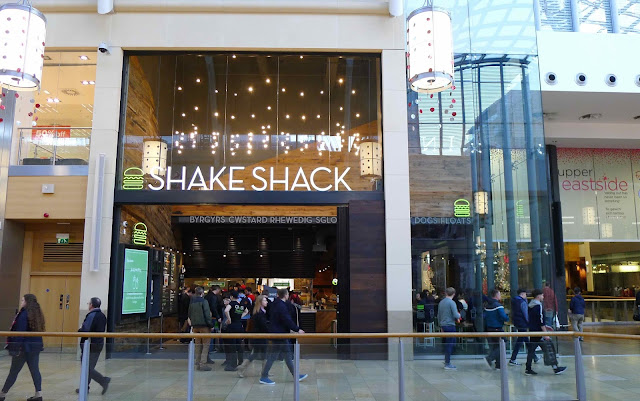 The opening of the first Shake Shack branch in the UK outside of London is a massive coup for Cardiff.

With its origins as a hot dog cart in New York City’s Madison Square Park, the St David’s Centre branch of Shake Shack is the 71st for the gourmet fast food chain which was founded by legendary restaurateur Danny Meyer. 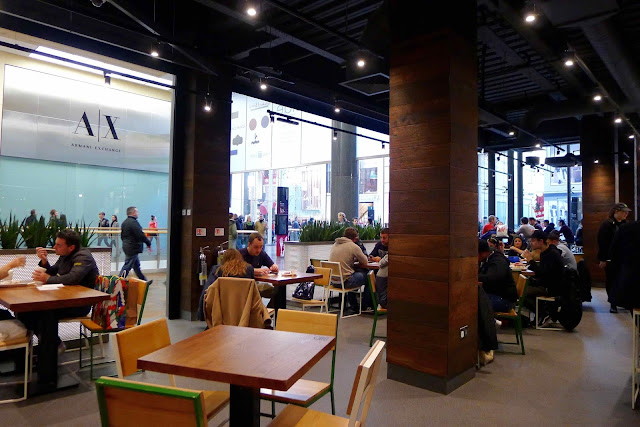 It’s easy to dismiss a chain opening as invariably a bad thing. However, as long as a restaurant offers quality and raises the bar for its category then I'll welcome it with open arms.

Shake Shack has quality in spades. 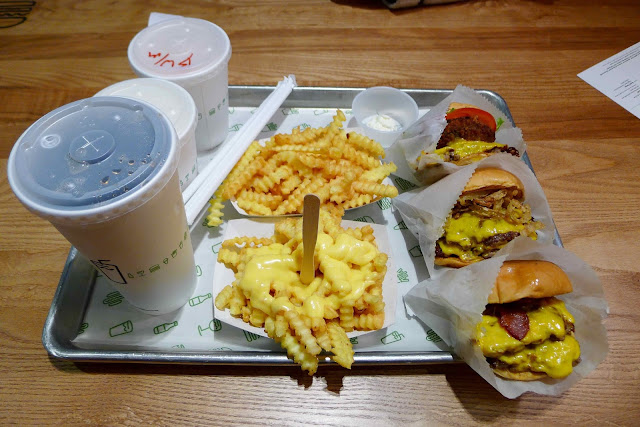 Place your order at the counter from a menu which includes 100% Aberdeen Angus burgers, Chicago style hot dogs, frozen custard, and a cracking array of drinks including the eponymous shakes, Abita Brewing Company root beer, ShackMeister Ale brewed by the well regarded Thornbridge, and beers from Welsh breweries Celt and Tiny Rebel.

Then, take a buzzer and wait five minutes for your nosh to be cooked to order.

Furthermore, a potato bread roll is a top drawer element of each burger, offering robustness and good squidge. 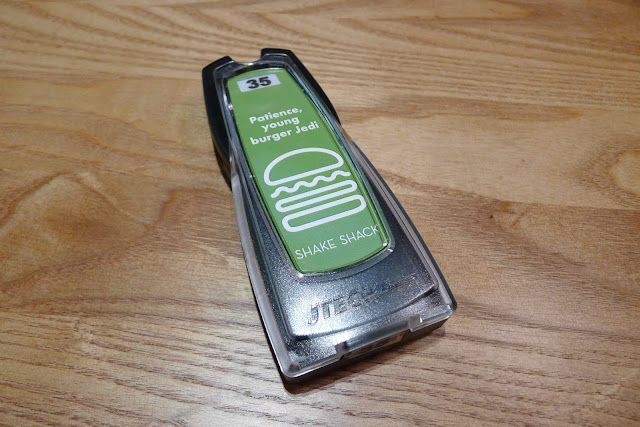 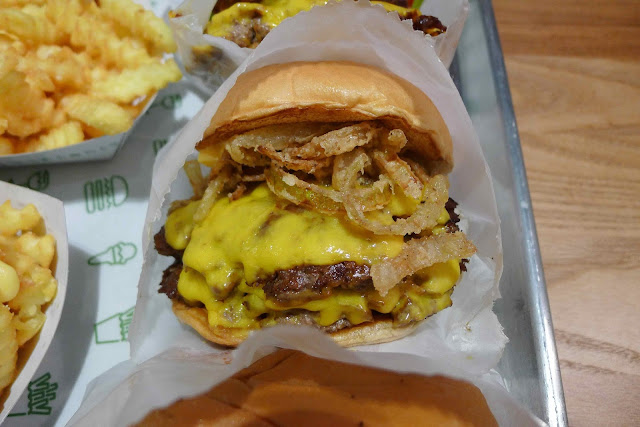 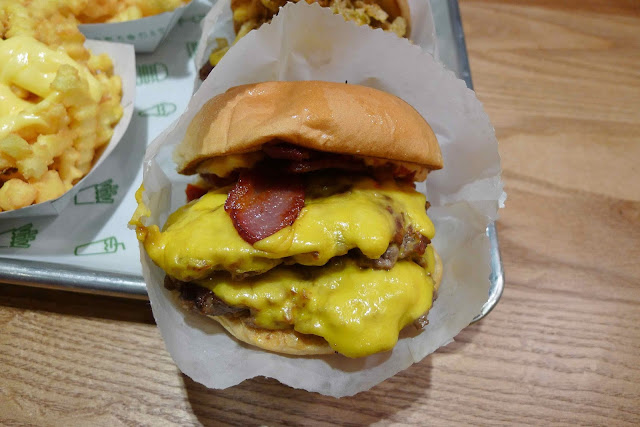 Finally, a Shack Stack (£8.75) combined a single cheese topped patty, lettuce, tomato and a crisp panko crumb coated mushroom filled with an additional layer of melted cheese. This is a burger with the ooze factor and, on its own, the ’Shroom burger (£5.50) is a veggie option which puts most other burger joints to shame. 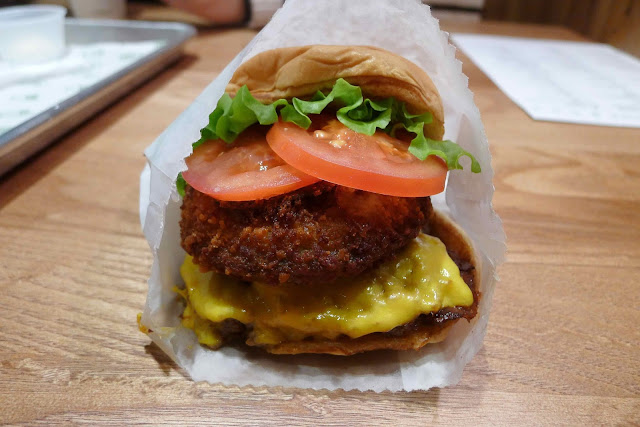 Fries (£3) are crinkle cut as standard but it’s definitely worth an extra quid for the cheese topped variety (£4) - the velvety cheese sauce seemingly made from an indulgent combination of cheese and liberal amounts of butter. 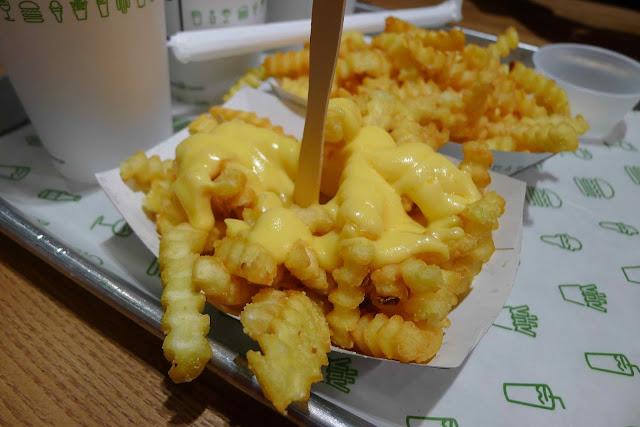 Shakes (£5.25) were good but I’m not sure it's worth naming the restaurant after them - they’re certainly not the standout. We ordered a malted peanut butter flavour and a malted black and white made from a mix of vanilla and chocolate. 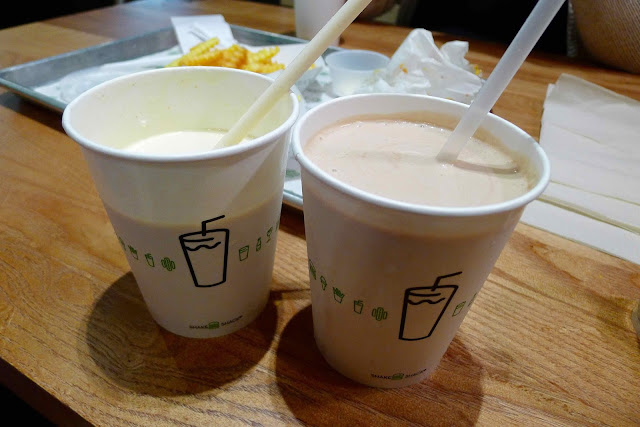 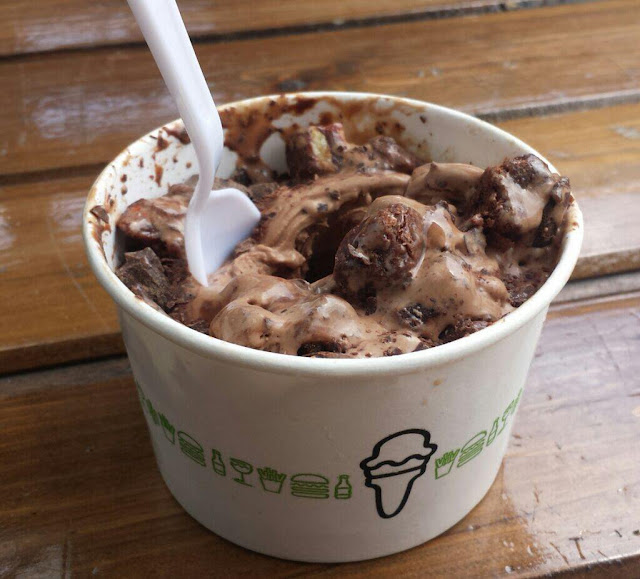 If you haven’t already guessed, I’m a huge fan of Shake Shack.

However, the prices won’t be to everyone’s taste - an entry level cheeseburger, fries and drink will set you back £11.25 whilst you’re looking around the £20 mark for a double speciality burger, cheese fries and a beer. 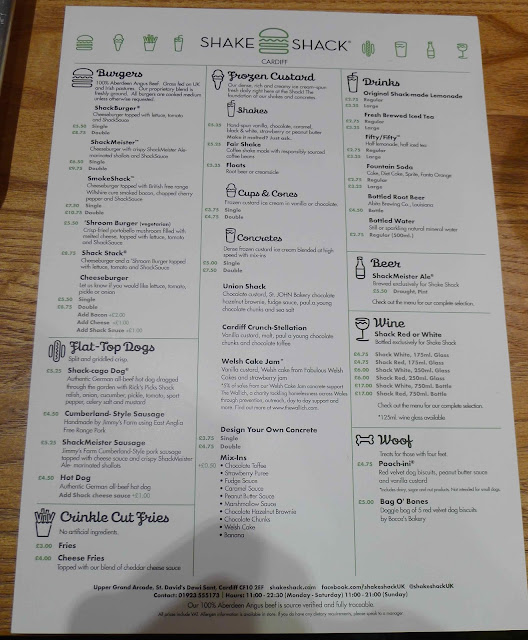