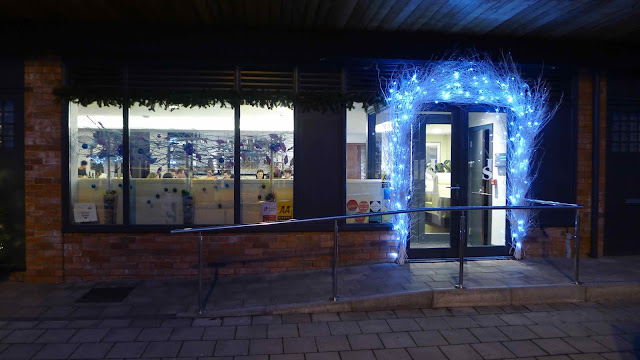 Yesterday, we experienced the 14-course chef’s table and the food was even more impressive.

As well as the incredible meal, it was great to spend time in the kitchen chatting to the chefs about the inspiration behind different dishes and to witness the calm multi-tasking of a busy lunch service. A table of 17 was served with ease and the most swearing all afternoon came from Mrs G. 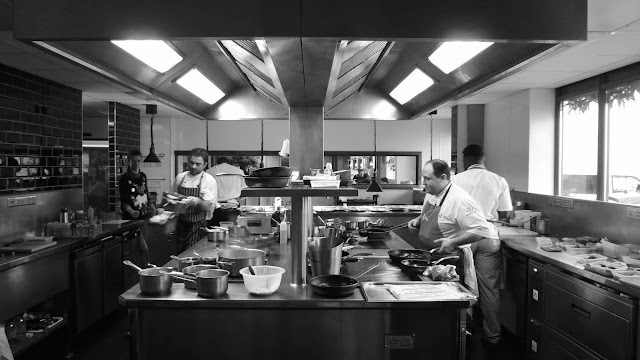 Champagne and a quintet of snacks were served in the restaurant before we moved through to the kitchen:

sweetcorn panna cotta with smoked haddock and bacon, a cep and truffle croqueta with iberico ham, 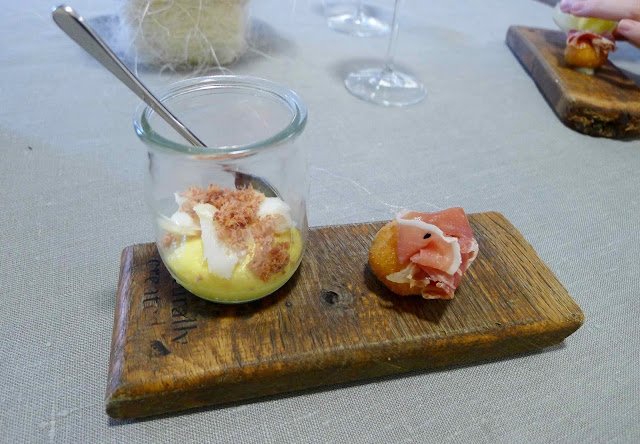 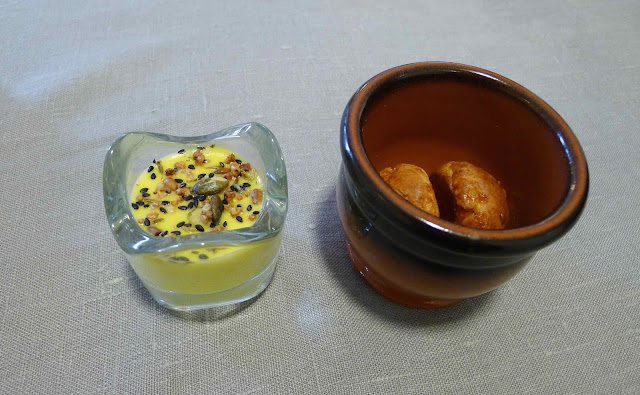 and a tapioca crisp with taramasalata. 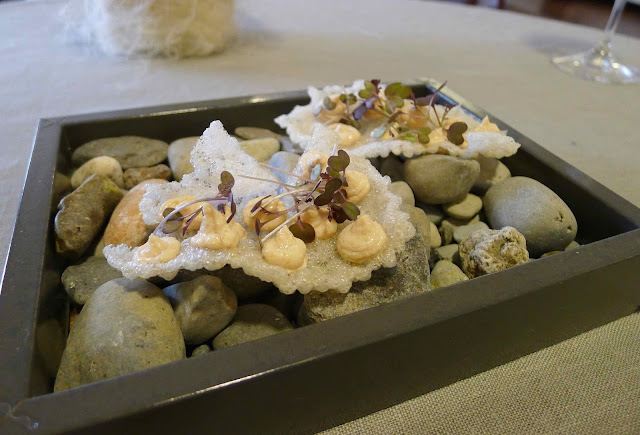 Taking our seats in front of the action in the kitchen, James introduced us to the members of his team - Matt, Dave, Benoit and Ollie.

The snacks continued with a warm doughnut filled with chicken liver mousse. 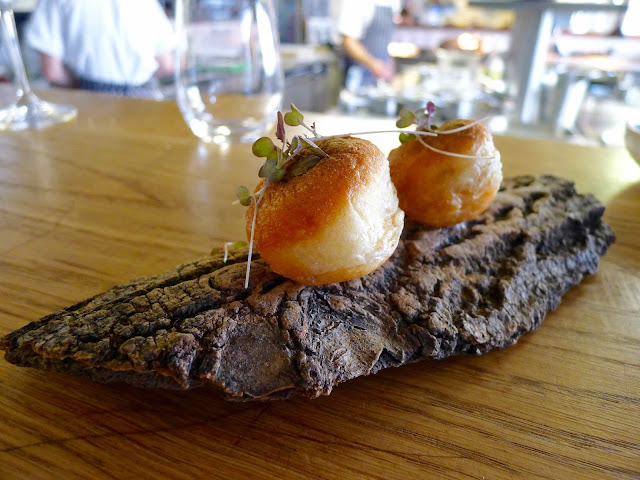 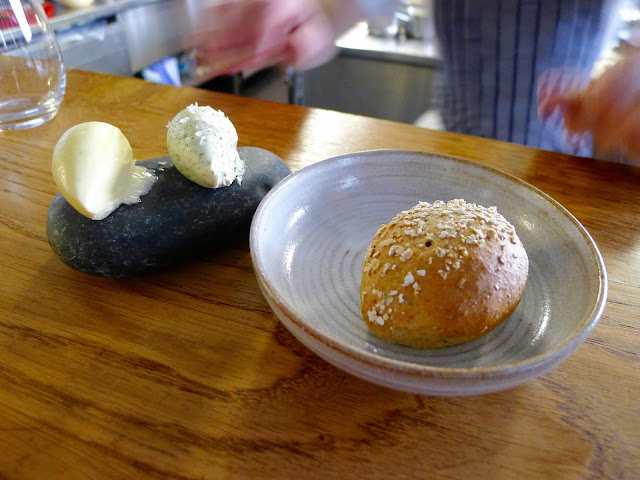 Cauliflower risotto was served with deep fried sage leaves and crispy onion. Cleverly, cauliflower shavings were used instead of rice to give the dish a lighter texture whilst still retaining the creaminess of a risotto. 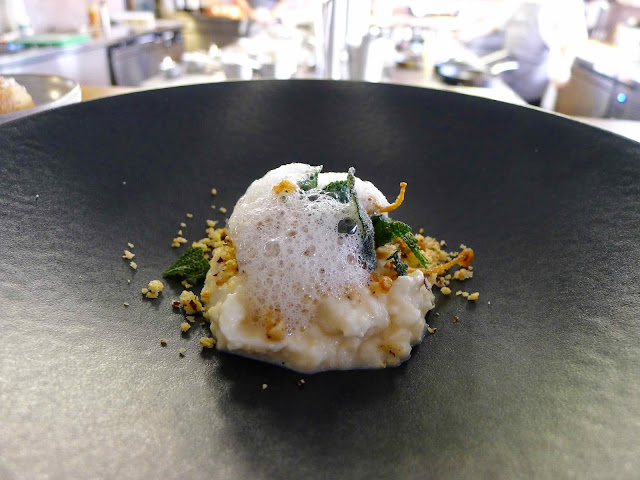 Pea raviolo, crispy ham and deep fried sage is one of James’s signature dishes. The creamy pea soup filled pasta spilled its contents to bring the whole dish together. 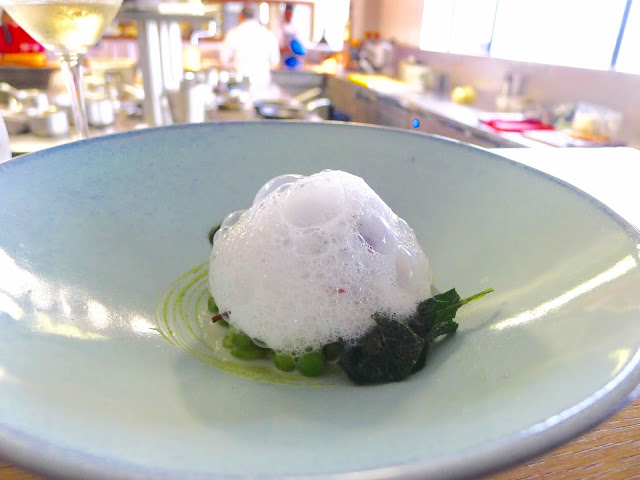 Sous vide salmon was garnished with celeriac puree and shiso vinegar dressed lentils. I often find sous vide fish too soft in texture. However, the bite of the Asian spiced lentils provided a great textural contrast. 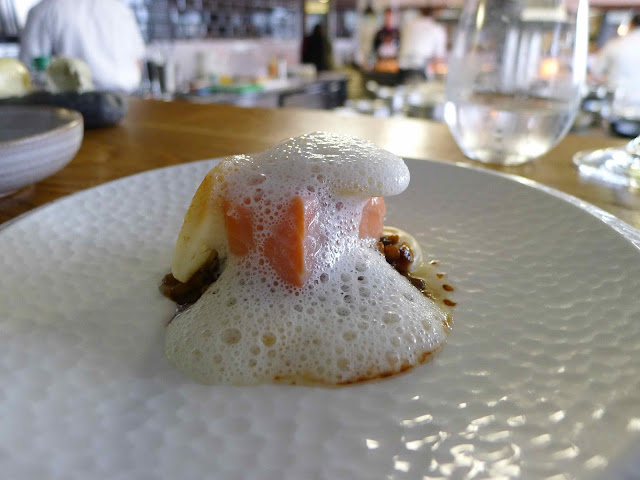 One of the standout dishes of the meal was next - peanut glazed pork belly was served with super tender octopus, baked sweet carrots, pickled carrots and peanut sauce. 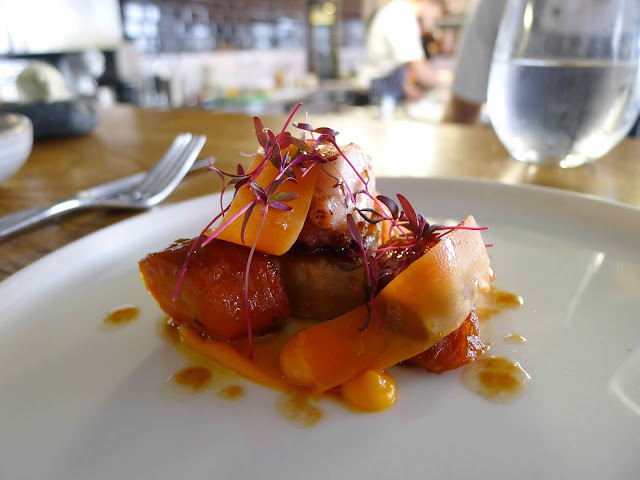 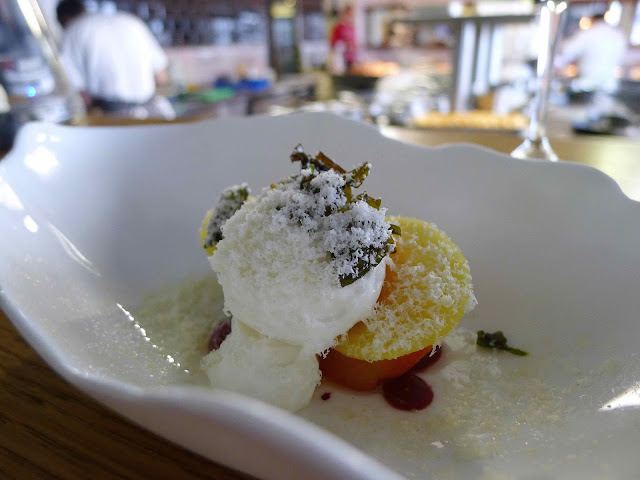 The next highlight of the meal was celeriac linguine, the ribbons of vegetable doing more than a convincing job as a pasta alternative. A rich onion butter sauce, onion crumb and crisp Japanese artichoke shavings completed the dish. 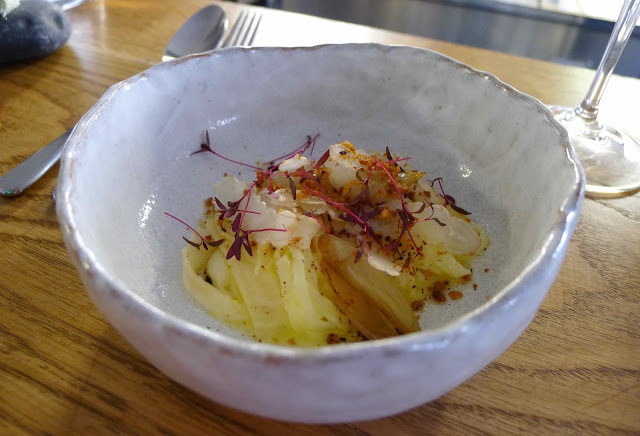 Probably the best sandwich I’ve ever eaten followed next - butter fried brioche was topped with tender as can be confit partridge leg, salsify puree and crispy onion rings. 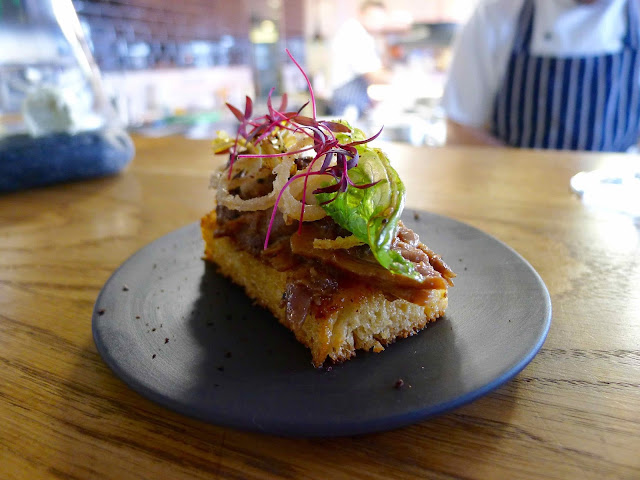 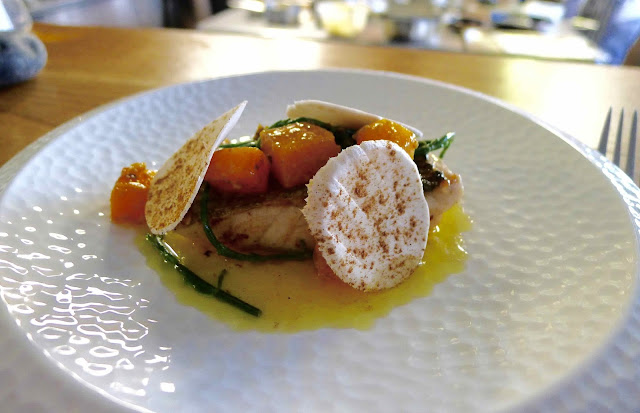 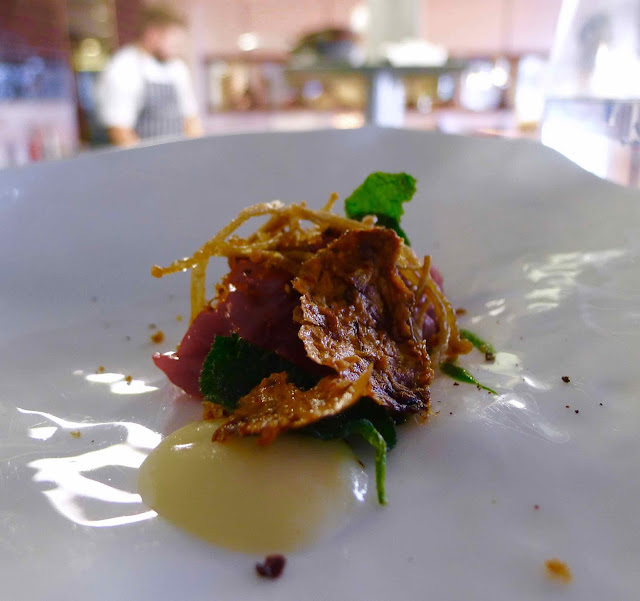 The first part of the main course was a superb guilty pleasure. Roast lamb rib infused whipped butter was paired with rosemary focaccia fried in some more of the lamb butter.

If you like mopping up the crusty bits left in the roasting tin after you’ve cooked a lamb dinner (me) then this is the dish for you. 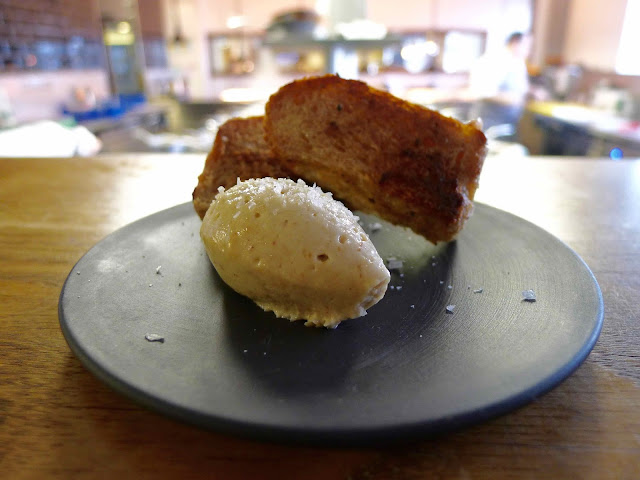 The second half of the main comprised of a stonking piece of perfectly pink aged lamb served with suede fondant, date and lamb gravy, salt baked celeriac puree and spinach. 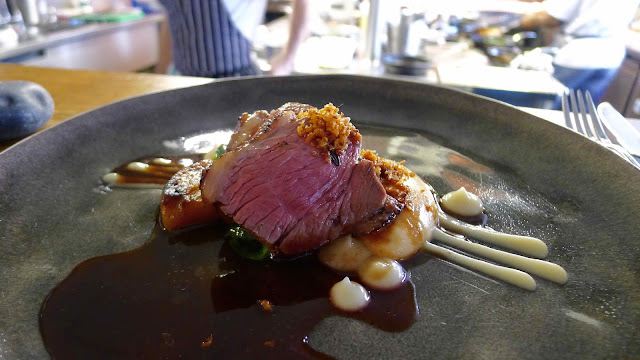 A killer selection of Welsh and English cheeses with homemade biscuits followed. 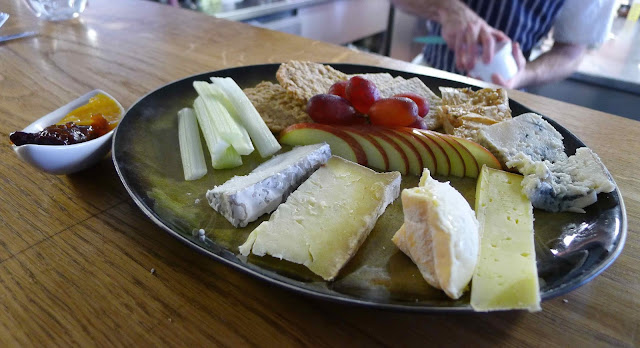 The first dessert utilised a citrus fruit I’d never heard of before - the calamansi, a cross between a mandarin orange and a kumquat. The fragrant, sweet, acidic fruit was served as a sorbet and jelly wrapped parfait and accompanied by dainty meringues and warm black sesame seed cake. 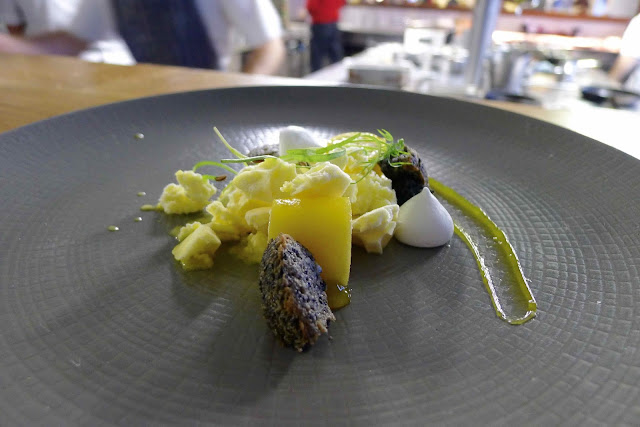 A flawless cherry souffle was joined by a scoop of marzipan ice cream. This was the ultimate cherry bakewell. 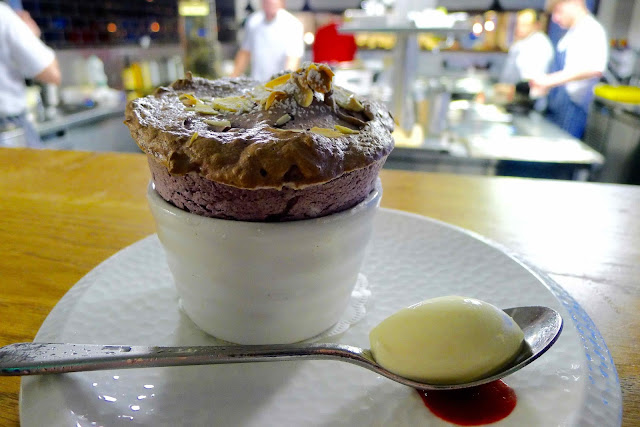 Finally, a new dish to round off the four and a half hour meal - a boozy as heck plum sake granita, which was a bit too strong for Mrs G, was served with aerated chocolate, plum puree... 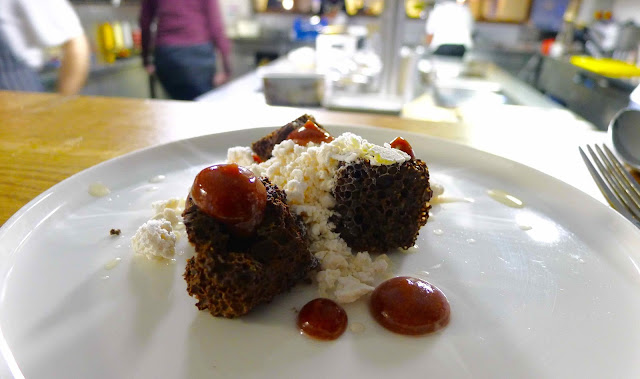 and a glass of plum sake. 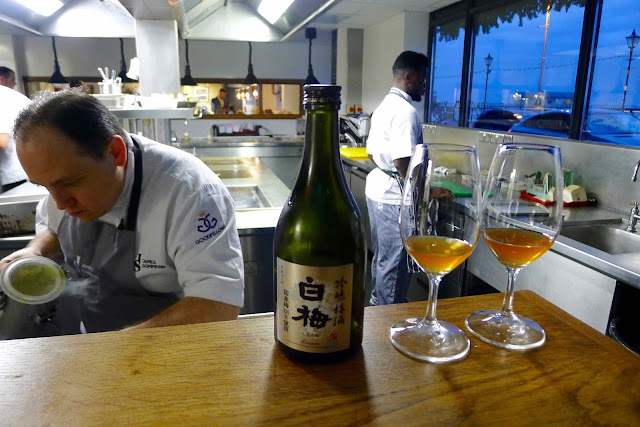 We were given a box of mince pies to take home… but they only made it 20 metres down the street before we guzzled them. 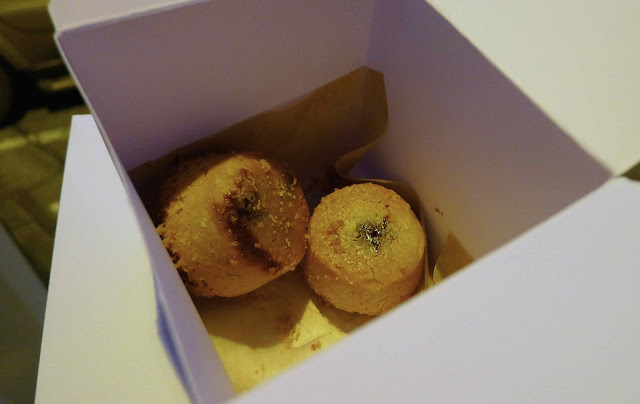 The chef’s table at James Sommerin was an experience I’ll remember for years to come.

The chef’s table is normally £150 a head but we bought it on a voucher deal which is currently available for £100 a head.