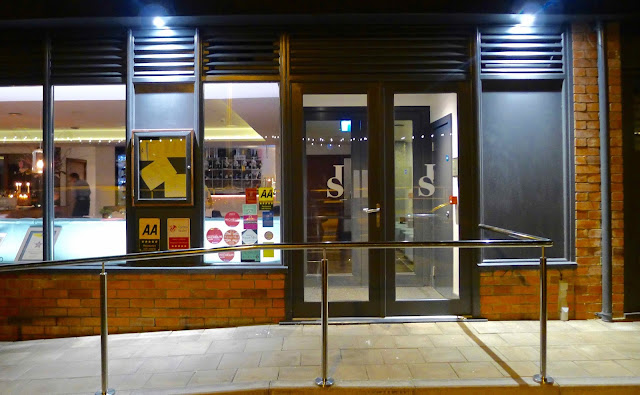 It’s been just over twelve months since my previous visit to Restaurant James Sommerin. In that time, they’ve been awarded a well-deserved Michelin star and named AA Restaurant of the Year for Wales.

My last meal was pretty frigging spectacular so this time around it was impressive to see how Sommerin has pushed on even further with his cooking – bolder flavours and more striking presentation featured throughout. 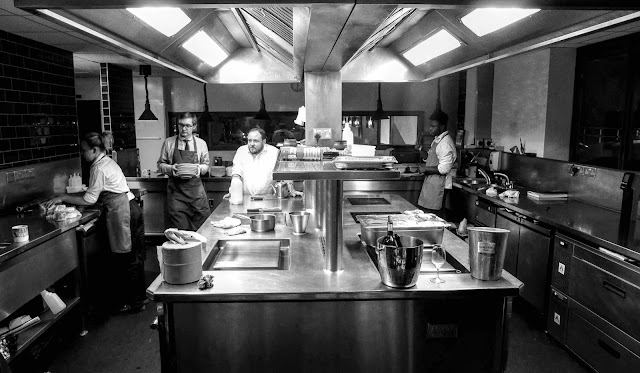 We ordered the 14-course chef’s table (£150). Chatting with the team during service was great fun and it was interesting to hear how Sommerin has travelled extensively to 2 and 3 Michelin star restaurants during the last 12 months to help take his cooking to the next level.

As the alcohol took its toll, my recollection of each dish became a little hazier. So here’s my best guess… 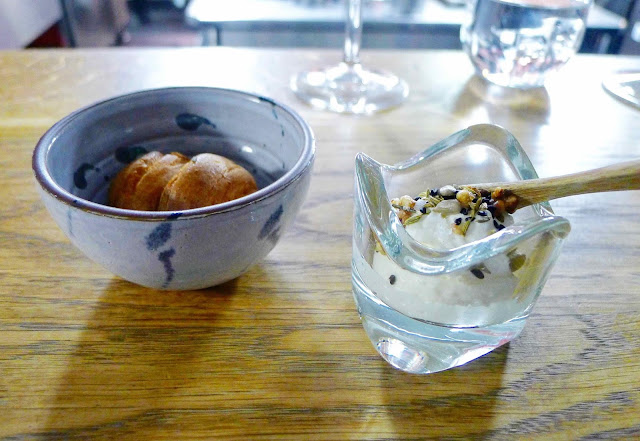 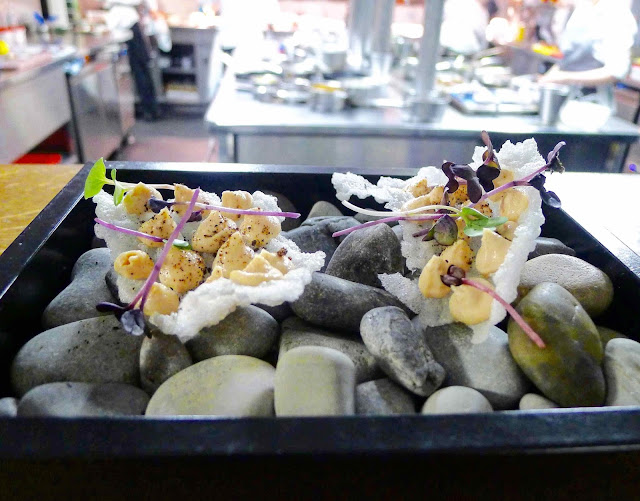 A warm wholemeal and laverbread roll and a caramelised onion wheel were served with house whipped butters, including a lush laverbread flavour. 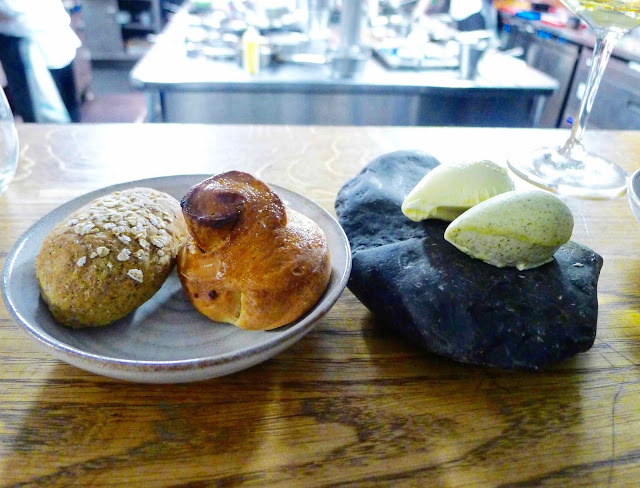 Onto our first course proper and it was a beauty - sweet white crab meat, fragrant apple foam, apple batons and curried parsnip puree. 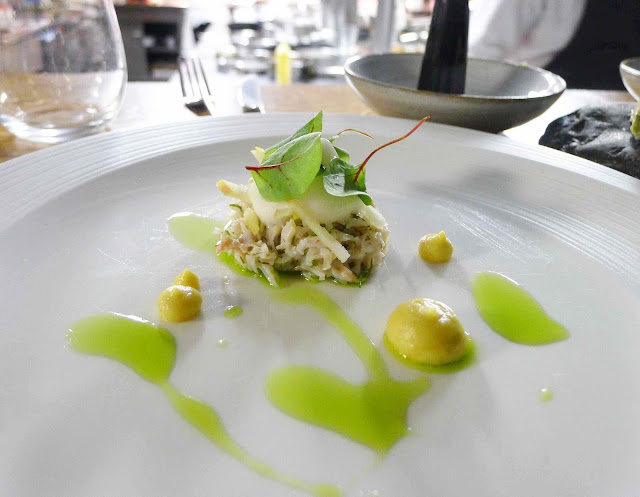 A delightfully smoked venison tartare was served with a sliver of earthy cep, carrot puree and mayonnaise. The smoked meat could have dominated but all the flavours balanced beautifully. This was arguably the standout dish of the meal. 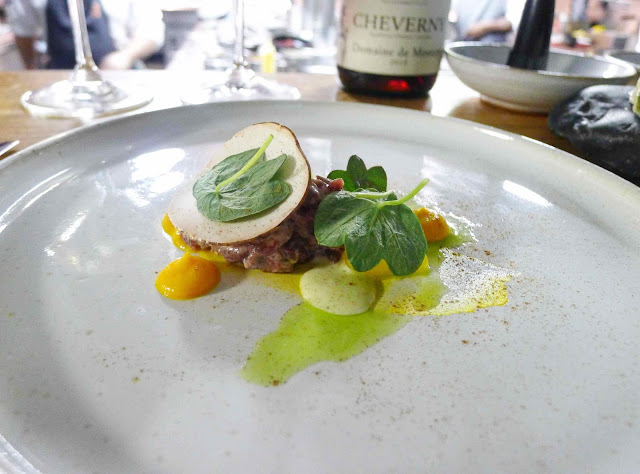 Slivers of salt cod carpaccio were topped with a cream sauce heady with rosemary, ridiculously fine diced vegetables and salty pearls of caviar. 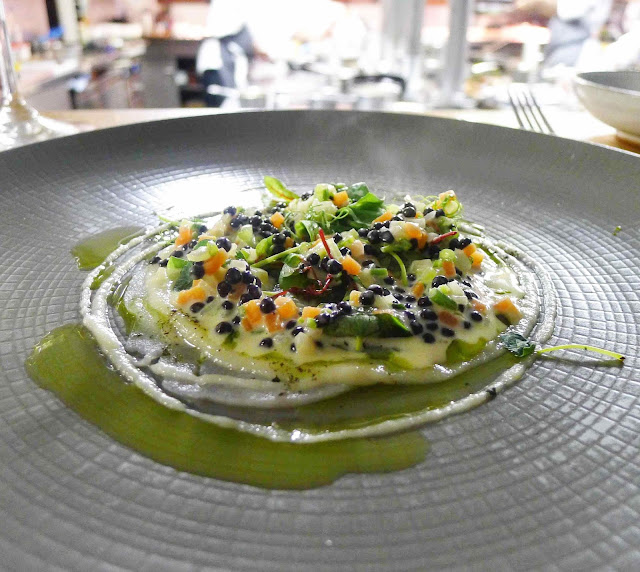 Liquorice is an ingredient that can overwhelm but when served in the right proportions I’m a huge fan. Tender rabbit loin, liquorice sauce and mushroom butter was an interesting but hugely delicious combination. 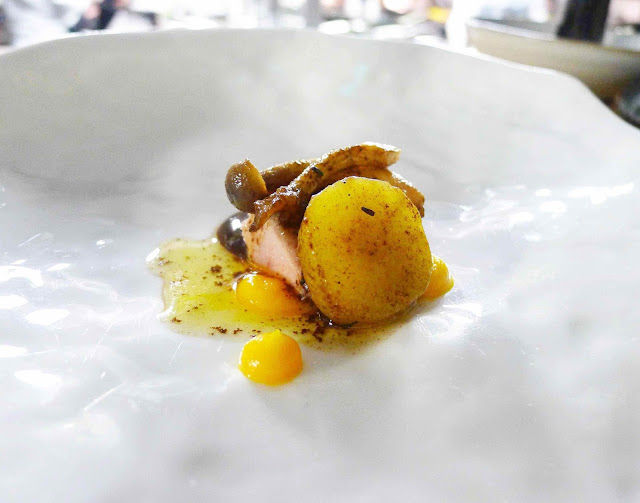 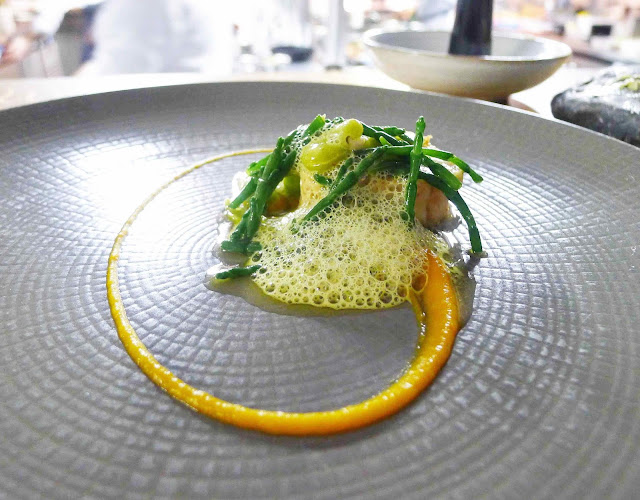 A bowl of artichoke and duck was gourmet comfort food at its best – buttery artichoke puree, crisp and chewy deep fried artichokes, shreds and pieces of unctuous confit duck and a generous scattering of artichoke crisps were spooned down with gusto. 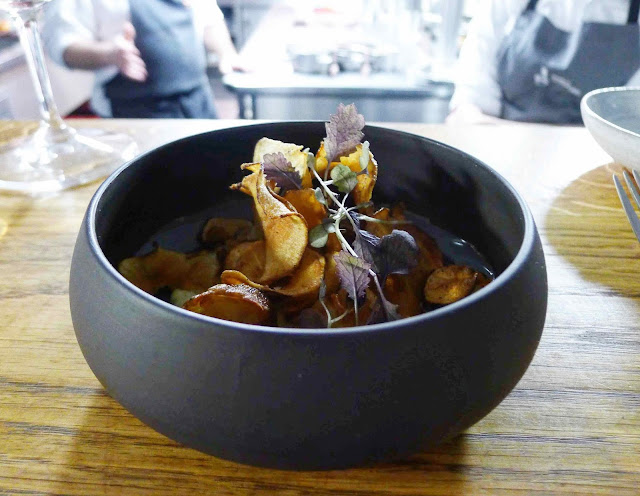 Next it was all about the bisque – langoustine soup was packed full of cream and heady with shellfish. A light fillet of seabass and pieces of artichoke, broccoli and carrot were coated in the seafoody goodness. 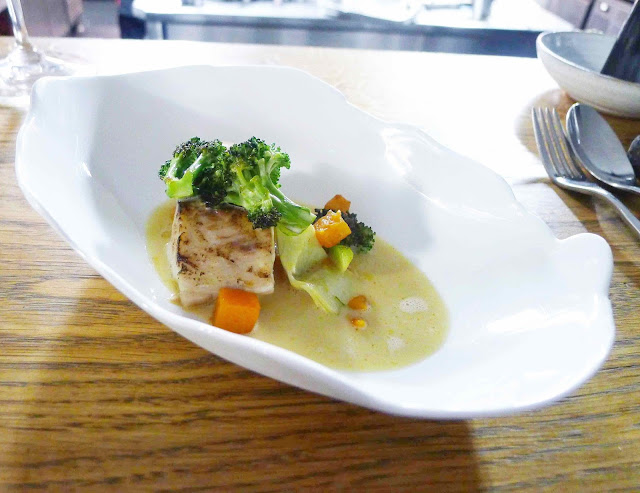 A dainty morsel of soft and fatty caramelised foie gras was counterbalanced by crisp and sweet nuggets of sweetcorn and granola. We washed it down with a glass of dessert wine. Oofh. 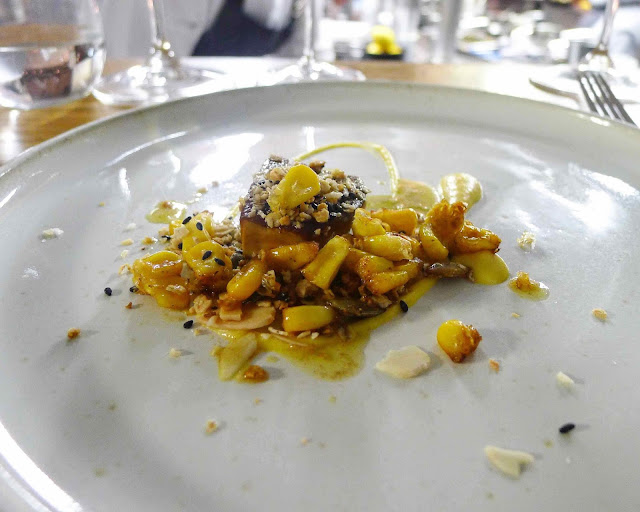 A long proved sourdough (30 hours I think) was complex in flavour with a super dark and toasty crust. Whipped beef dripping butter topped with crisp beef bits is the kind of thing that I’ll be daydreaming about for months to come. 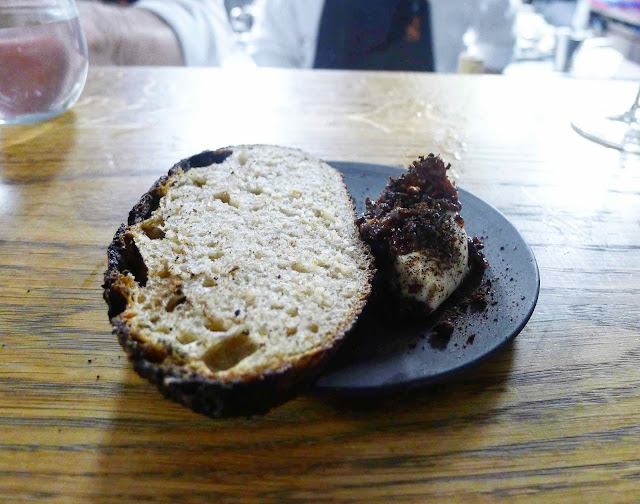 A 72-hour cooked piece of brisket was packed with flavour but a touch dry. The dish is still a work in progress and Sommerin is hoping to source meat with a higher fat content. Caramelised baby onions, chanterelles, soft parsnips and a stonkingly glossy sauce completed the plate. 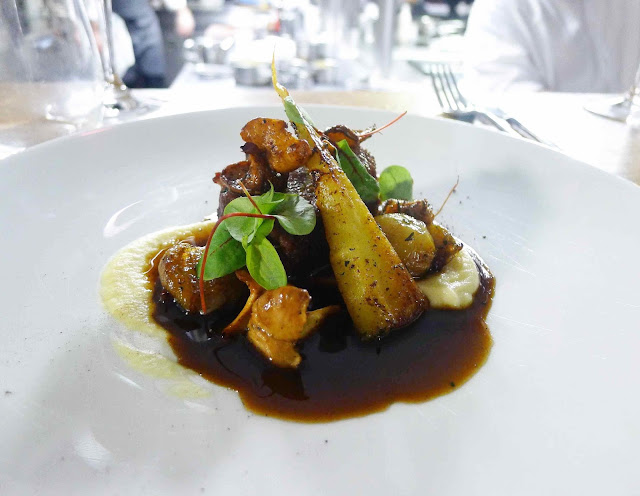 A bit of dry ice wizardry created the aroma of lemons whilst our next dish was served. 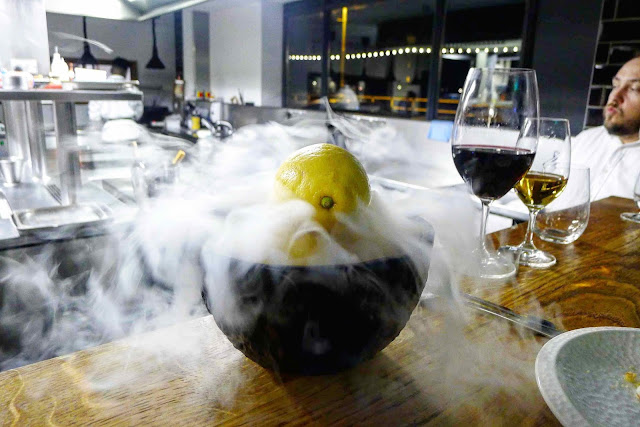 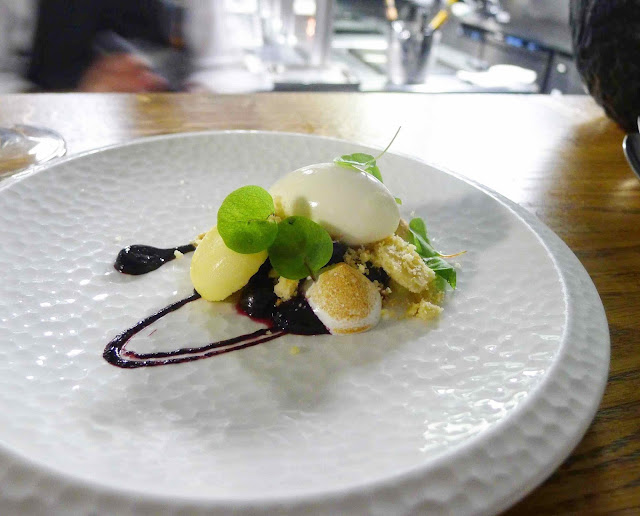 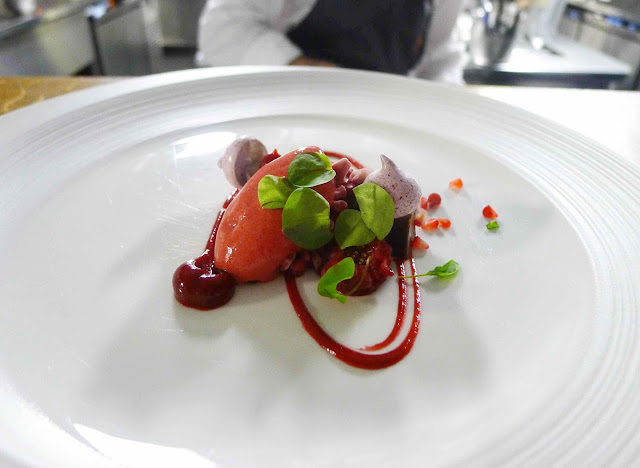 A canny play on rhubarb and rice pudding saw a set vanilla custard (a little too firm for me) topped with bang on poached rhubarb, rice pudding ice cream and crisp rice puffs. 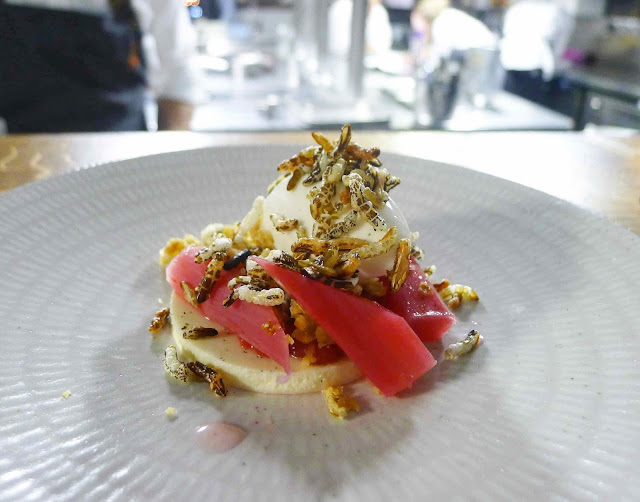 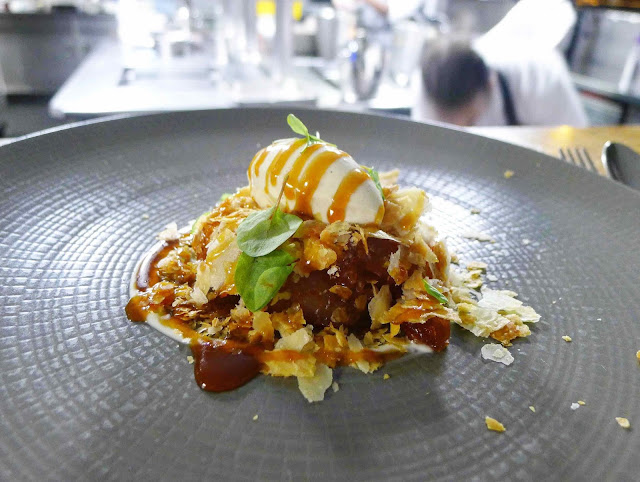 This was an epic meal of a seriously high standard.

If you’re planning a trip to a very special restaurant then I can see no reason to travel any further than Penarth. If Sommerin carries on at this rate then he’ll have Wales’s first two Michelin-starred establishment.