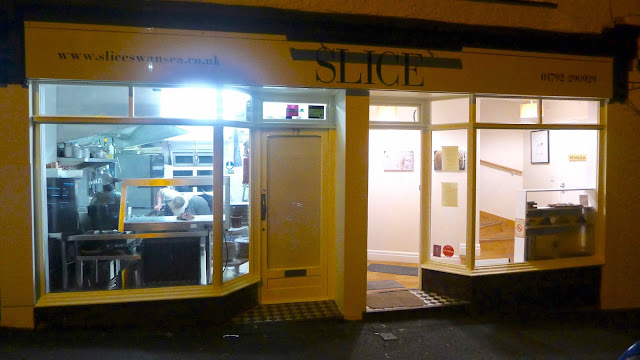 It’s taken me three months to snag a weekend dinner reservation at Slice.

However, there’s good reason why it takes so long to get in.

Firstly, it’s Slice by name and by nature. The tiny wedge shaped restaurant in the Sketty suburb of Swansea sits a mere 16 people.

Secondly, co-chef patron Adam Bannister has been the Wales champion on Great British menu for the last two years with his hearty yet refined cooking. Adam and co-chef patron Chris Harris take it in turns to have a week in the kitchen whilst the other runs front of house. On our visit, Adam was cooking whilst Chris was serving. I’m firmly of the opinion that if the bread is good in a restaurant then you’re in safe hands. Slice’s was excellent.

An olive oil and sea salt rich loaf and a caramelised onion loaf were both straight out of the top drawer. Served with the the lightest of whipped butters, they could have been a meal in themselves. 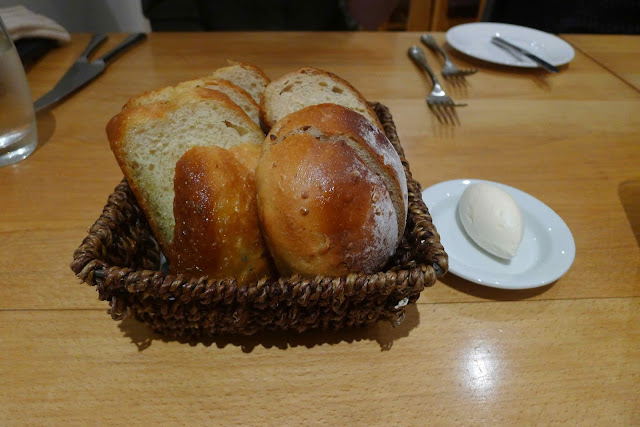 A dainty amuse saw a light and creamy cup of celeriac veloute joined by an unctuous pig’s head fritter. 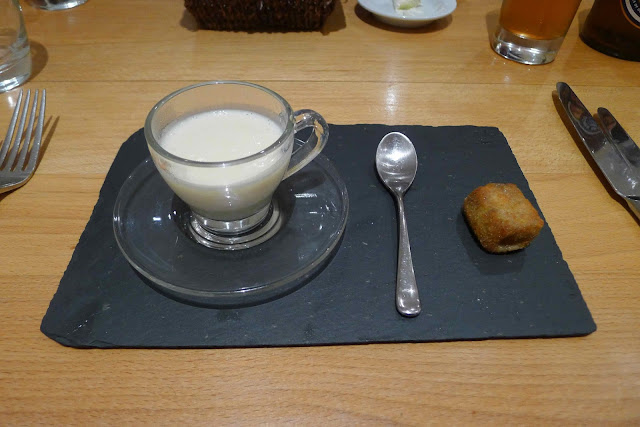 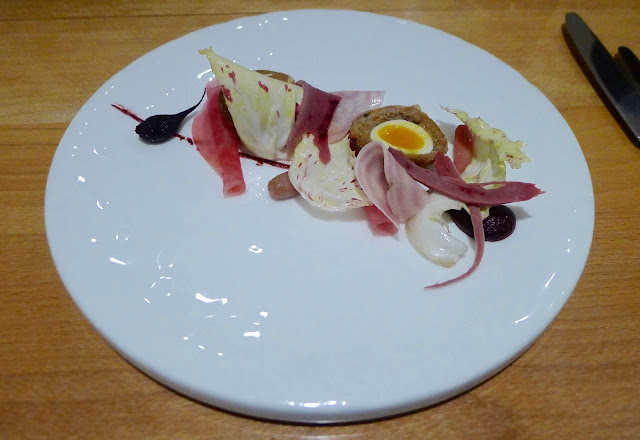 The fish was my standout of the night despite the main element being a touch overcooked. Smoke-licked barbecued halibut was served with massive flavoured garnishes – cockle beurre blanc laced with lemon, fragrant seaweed and plump molluscs, sweet and smoky charred baby leeks and sea leaves. 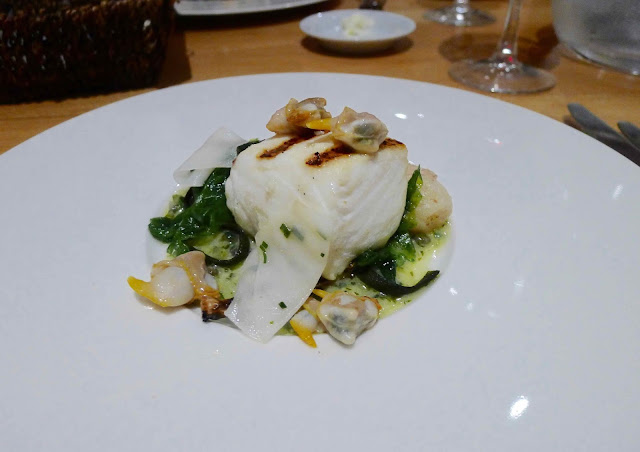 A partridge dish came a close second for best dish of the night. Tender, full-flavoured partridge breast and crisp leg were served with a sticky, meaty sauce, a slice of proper thick-cut bacon, a dinky fondant potato and sprout tops. A squiggle of fruity cranberry sauce balanced the dish perfectly. 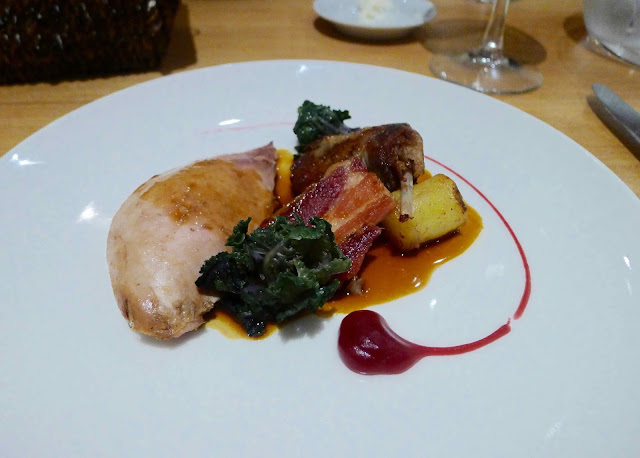 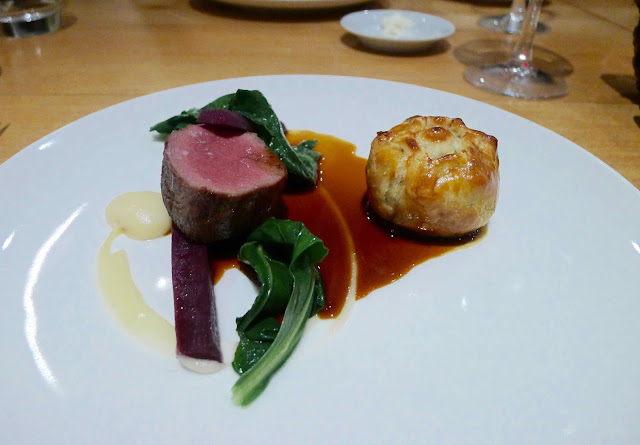 Rhubarb is one of my favourite fruits so it’s always good to see it on a menu. An uber-rich and smooth baked egg custard was topped with tangy rhubarb jelly and serve with bob-on poached rhubarb, creamy as heck rhubarb ripple ice cream and a delicately gingery and buttery biscuit. This was exactly my kind of pud. 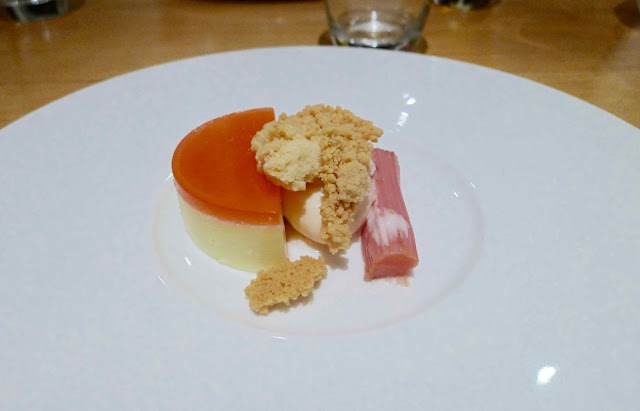 A hyper-dark and rich chocolate mousse coated in tempered chocolate could have overwhelmed if it wasn’t for its accompaniments - a cleansing and sharp blood orange sorbet, citrusy blood orange coulis and crisp candied peel. 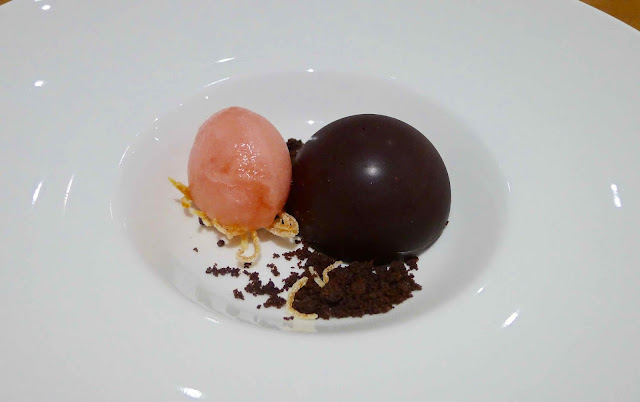 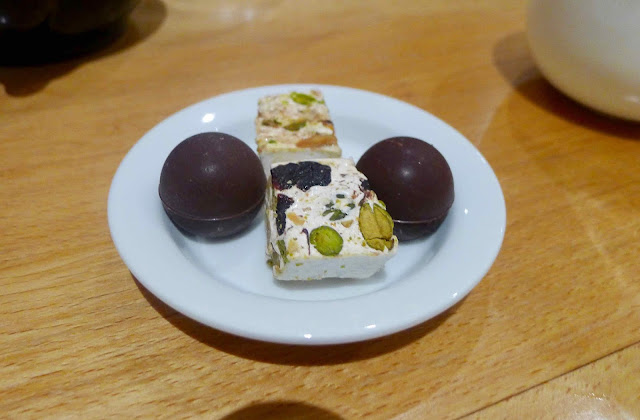 I like Slice a lot – it’s intimate and friendly and the food is gutsy yet refined. I’d recommend joining the queue and bagging a table.