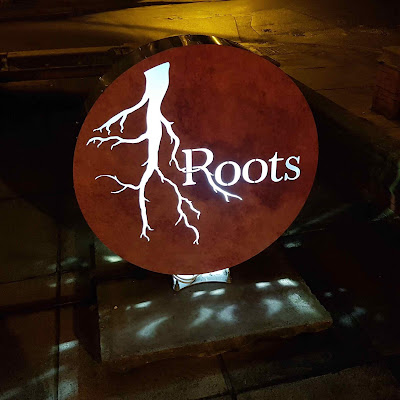 Roots is Tommy Banks’ second restaurant. Located in a Victorian pub on the banks of the River Ouse in York, it has a grander feel than the Black Swan at Oldstead. 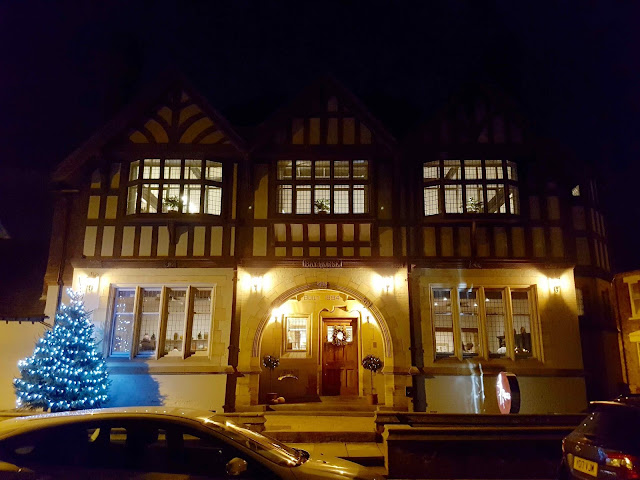 Like its older sibling, the restaurant’s focus is very much on local and seasonal produce. We visited on a Monday night and both had a fanboy moment when we spotted Tommy at the pass. 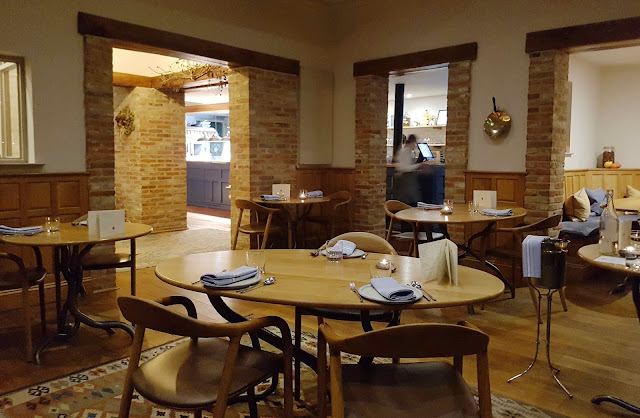 The menu comprises small plates with an option of a chef’s selection of dishes at £60pp. Our waitress recommended seven to eight savoury dishes to share but we ordered six and found there to be plenty of food. 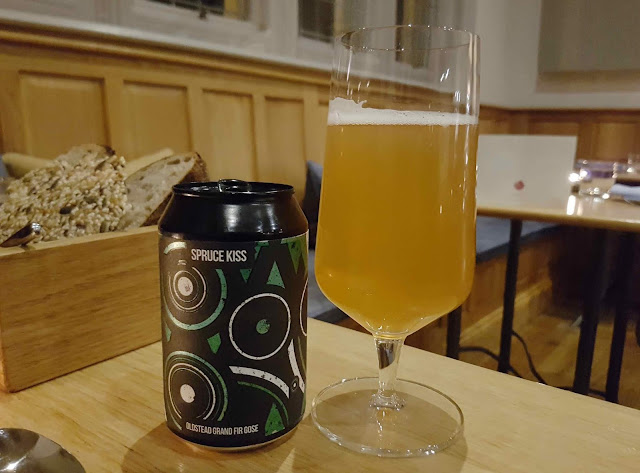 A box of bronze-crusted sourdough and ethereally light mixed seed crackers (£5) were accompanied by an uber smooth, thick and cheesy Lincolnshire Poacher custard and golden butter tinged with the nuttiness of crown prince squash. 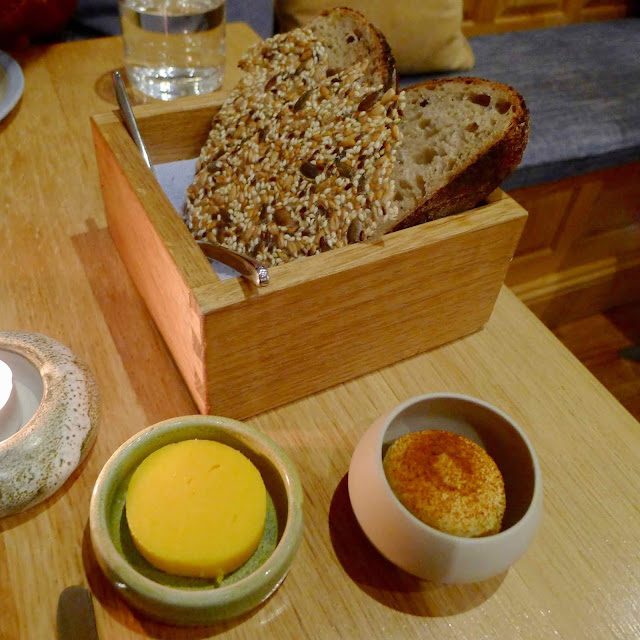 Raw sweet kale leaves (£6) were dressed in a creamy and slightly acidic mix of sheep’s yoghurt and pickled walnut. A grating of rich cured egg yolk and the crunch of toasted nuts completed a very fine salad. 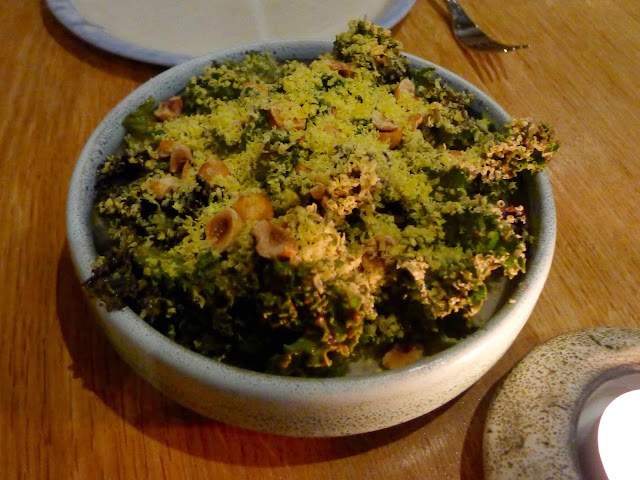 I’m all on board with fried bread in all its forms. Roots’ version (£8) saw nutty fried rye bread topped with a breath-devastatingly good wild garlic and charcoal emulsion, nuggets of crispy pork crackling and a wafer thin slice of fatty and porky lardo. 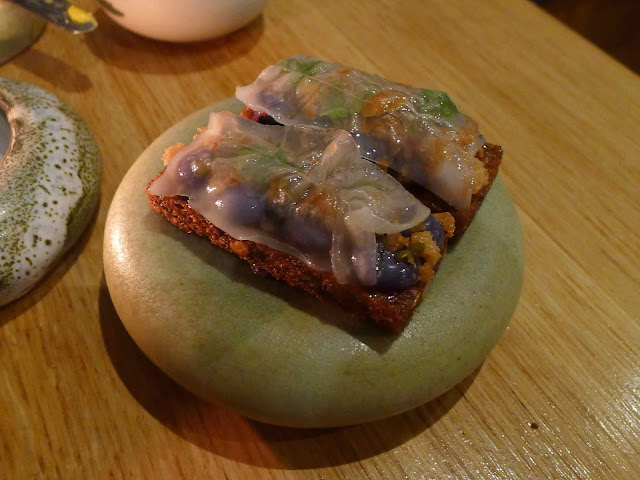 Earthy, sweet Oldstead carrots (£10) with creamy cow’s curd, pretty linseed crackers and slices of pickled fennel was the most understated of the dishes we ate. It was very tasty but the only one which felt a little off in terms of bang for your buck. 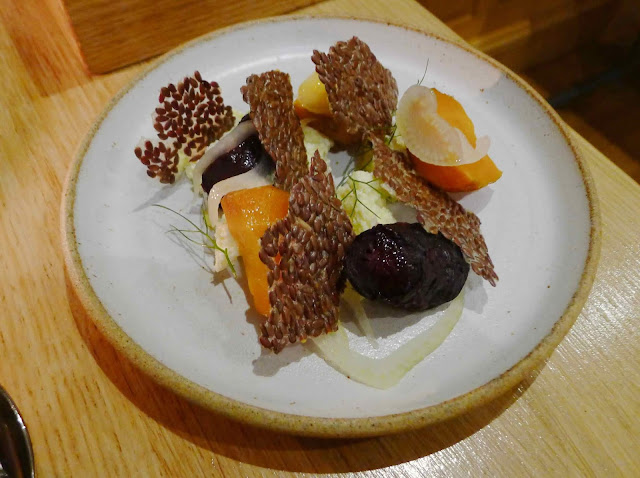 Tommy’s Yorkshire take on a bao bun (£10) is the kind of thing I live for. Squidgy buns, aromatic with lovage and mint, were stuffed with yielding slow cooked lamb, a puree of fermented turnip and cleansing pickled vegetables. 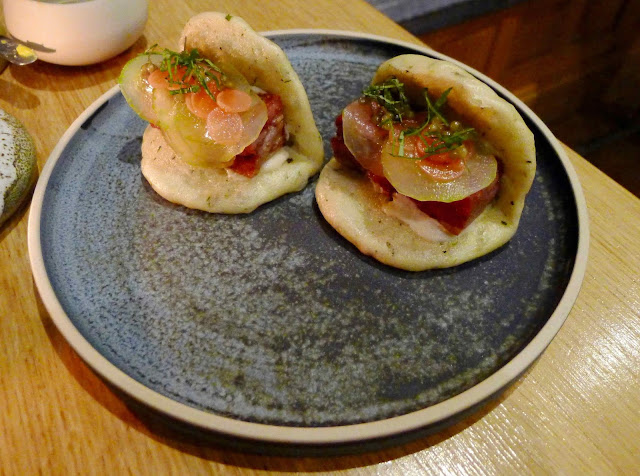 We only ordered one large dish off the menu, a thornback ray wing (£17.50). The golden-crusted soft-fleshed fish was dressed with a mushroom beurre noisette, capers and chive. It was lovely yet quite subtle unlike an accompanying potato salad which delivered a huge wallop of herb. 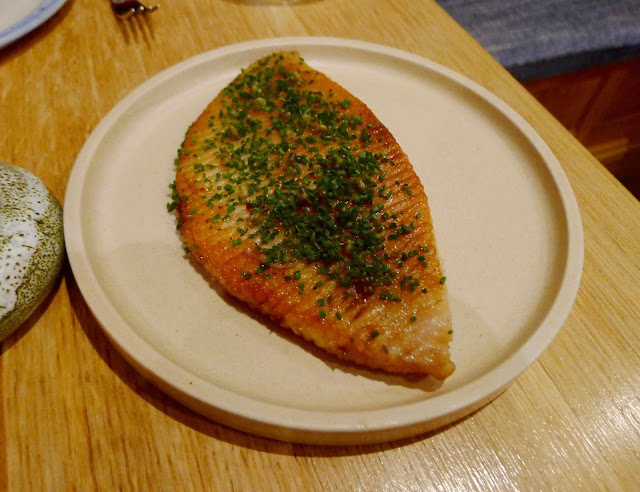 Fine cubes of potato were dressed in a sauce heady with chive, dill and wild garlic and topped with crispy potato shoestrings. This is one I might try at home - by that I mean pouring a packet of chipsticks on a tub of supermarket potato salad. 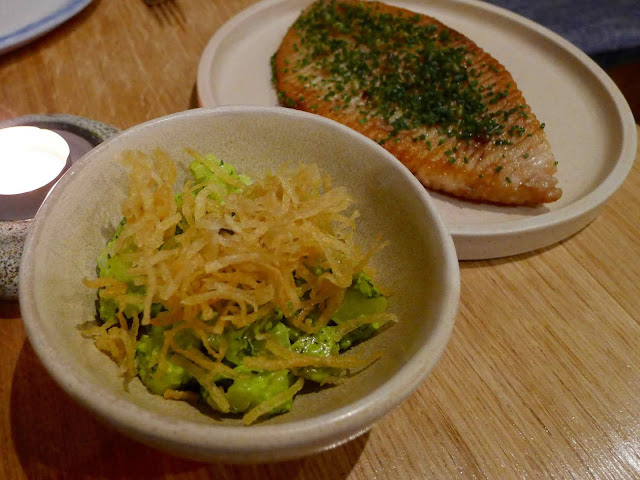 Both our desserts were the standouts of the meal. The sheer level of creativeness and technique involved demonstrates why Tommy Banks is one of the finest vegetable chefs I’ve encountered.

A crown prince squash treacle tart (£8.50) saw a ridiculously thin pastry case filled with a nutty, sweet and earthy pie mix made with a reduction of squash and sourdough breadcrumbs. It was joined by a super light and smooth chestnut ice cream topped with dehydrated raspberry powder. 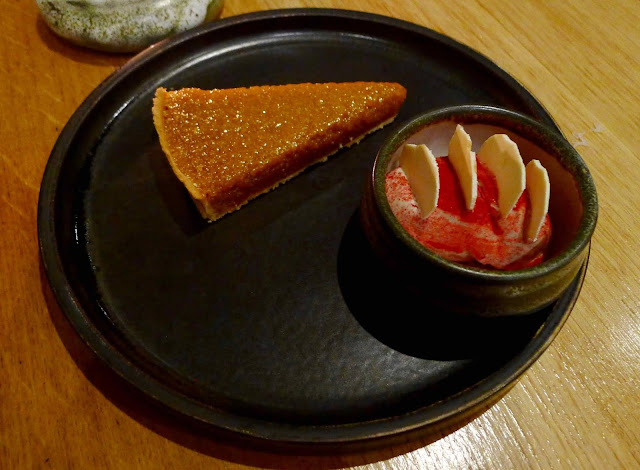 A carrot and chicory tiramisu (£9.50) was even more staggering. Some of the superb elements included bitter chicory caramel, crunchy shortbread, dehydrated and rehydrated carrot with the texture of fruit pastilles, sweet carrot custard and aerated chicory custard. The overall effect was unmistakably tiramisu-like but so much better than the run-of-the-mill. 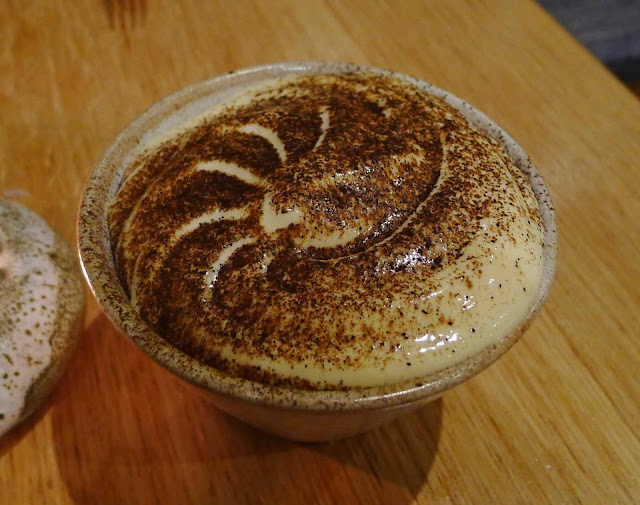 Mrs G and I loved Roots. It’s a more informal, cheaper and accessible version of Tommy Banks’ cooking with the same ethos very much at its heart. If you’re ever in York, it’s a must visit.