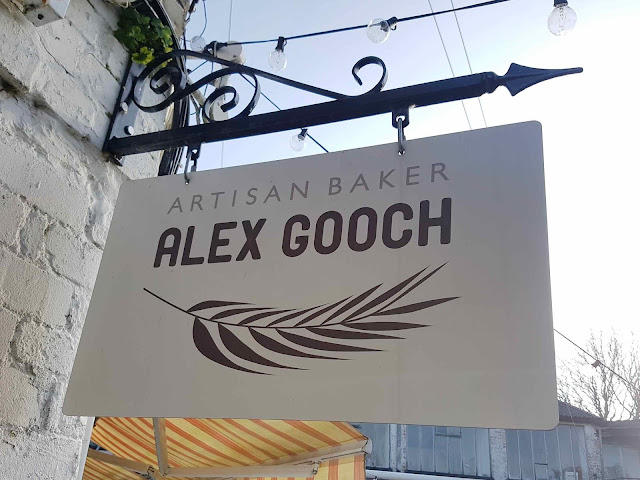 When I was first told Alex Gooch’s baked goods are all vegan, my sizeable head almost exploded. Things like his delicious challah buns and rich viennoiserie including croncs (a muffin shaped croissant filled with chocolate) are all free from butter and eggs. Wowzers.

It's unsurprising they taste so good considering this Hay-on-Wye based organic artisan baker has won multiple awards including British Baker of the Year 2015 and the BBC Radio 4 Food and Farming Award Best Producer 2010. 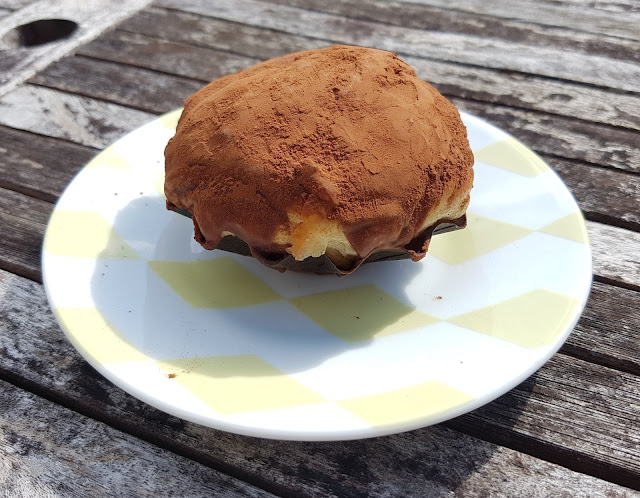 So, when Alex decided to branch out into wood-fired vegan pizza from his weeny Kings Yard shop in Pontcanna, it was always going to be a dead-cert.

With a limited menu of just four pizzas (available as whole pies or by the slice), they’re available to takeaway on Fridays 4pm-8pm, Saturdays 12pm-8pm and Sundays 12pm-4pm. Coincide a visit with Pipes Brewery and Lazy Leek and you’re laughing. 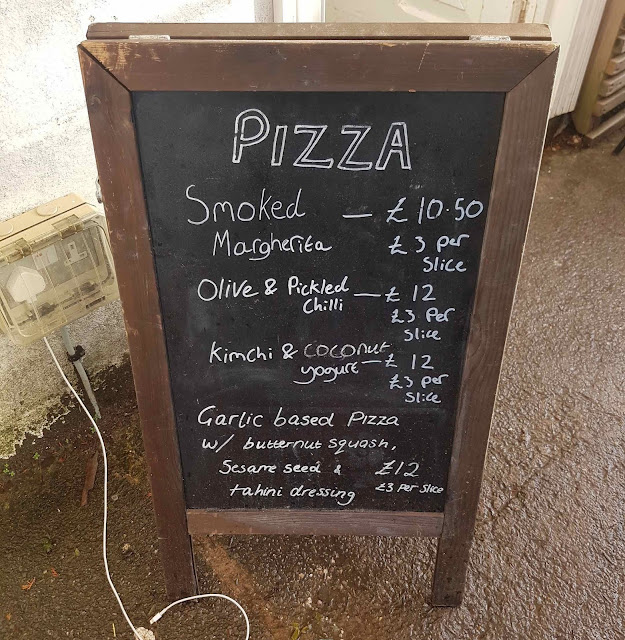 Whilst we waited for our pizzas to be cooked, I guzzled a half pint of light and zingy Pipes champagne strawberry sour.

It’s worth flagging just how good the crusts are on Alex Gooch’s pizzas. Crisp and airy with a lovely chew and tang, they’re made from 30 hour proofed sourdough using organic rye and wheat flour, sea salt and water. A smoked margherita (£10.50) was topped with light and fresh tomato sauce, creamy and smokey melted cheese, and a good drizzle of perky herb oil. 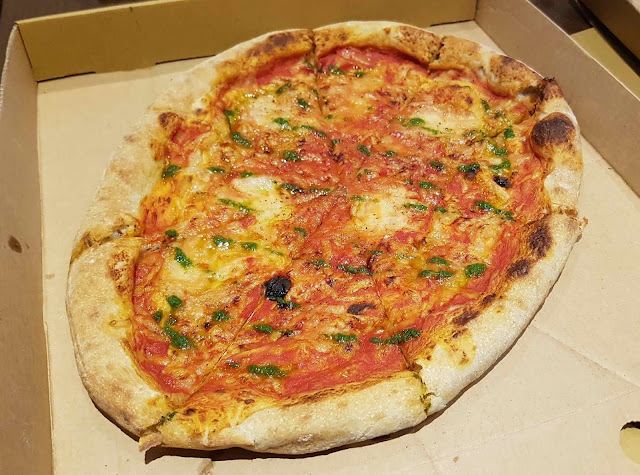 Another delicious pie (£12) was topped with punchy pickled jalapenos and briny green olives. 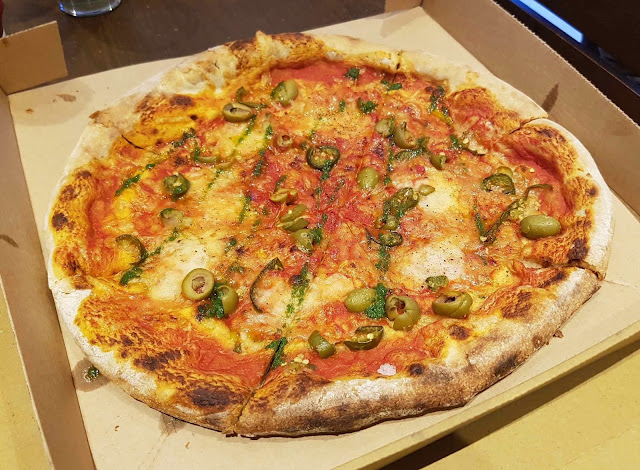 The best of the bunch was a genius garlic based pizza (£12) topped with squished sweet and earthy butternut squash, melted cheese, toasty sesame seeds and creamy tahini. It’s one of the best flavour combinations I’ve had on a pizza anywhere. 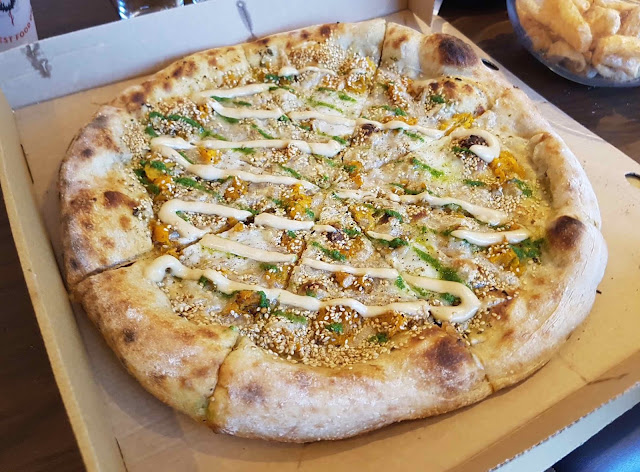 Six of us shared three sizeable pizzas alongside a couple of boxes of kick-ass Lazy Leek dirty fries and Buffalo cauliflower wings and it was plenty of food. They happen to be located directly opposite Alex Gooch so you can feed two birds with one scone. 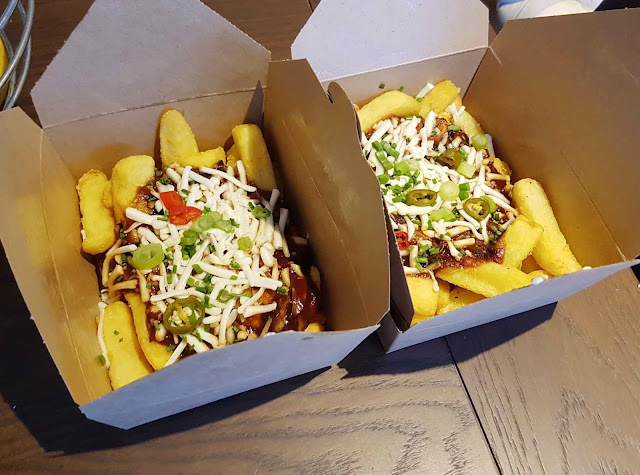 I highly recommend Alex Gooch’s vegan pizzas. If you’re looking for first rate pizza in Pontcanna, vegan or not, then this is the place to come.