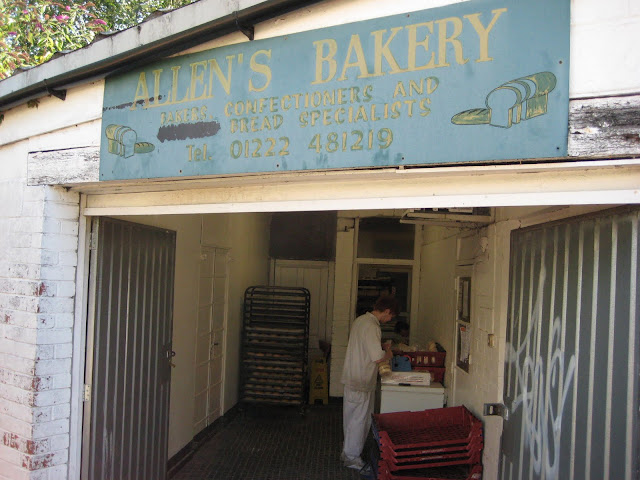 I’m so excited. I’ve definitely never been this excited about writing a blog post before.....  Who wouldn’t be when you’ve just returned from a bakery round the corner from your house that you didn’t even know it existed until 2 days ago? It’s not like it’s just been there for a few months either. I’m told it’s been there for over 100 years. I can’t even remember how I found out it. I think I stumbled across a link to a map to of it on Google but there’s really very little else about it on t’interweb. I was met with a wall of silence on Twitter when I asked whether anyone had been. It all feels a little bit like the Goonies and One-Eyed Willie’s treasure. It was there all along just waiting to be found. I’m doing the truffle shuffle right now I’m that happy. 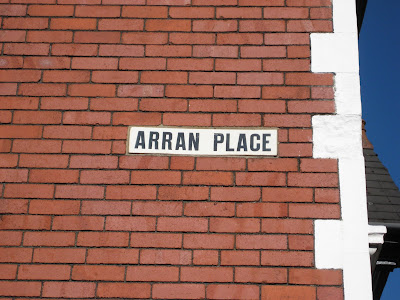 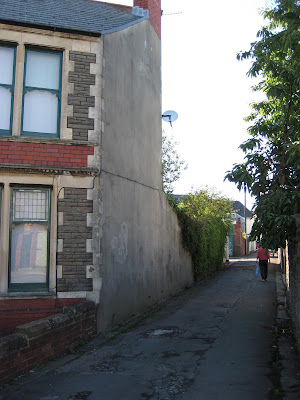 Allen’s bakery is hidden down a side alley off Arran Place. It’s in fact located in what is the rear of number 11 Arran Place. As I approached at around 8am this morning I could hear voices emanating from what looked like someone’s garage and saw a slow trickle of people heading in its direction. As I got closer I began to smell the familiarly tantalising waft of fresh baking. 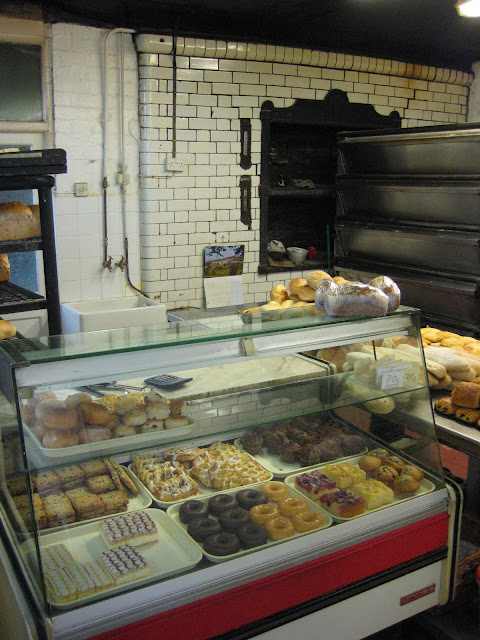 And there it was. Everything I hoped for and more. A charming but ageing sign heralded the presence of Allen’s bakery. In the front room of the shop stood a baker in whites separating bread whilst in the back room dough was being mixed, fresh loaves were sitting on a rack, bread ovens stood open, fresh pastries lay on the table and a fridge of cream cakes waited to be eaten.
I was so overcome by excitement that I bought a pain au chocolat, pointed at a granary loaf, paid £1.80, took a couple of photos and exited swiftly. In my haste I forgot to ask all the interesting questions about the history of the shop and whether it’s been in the same family all this time. These are questions that I’ll have to ask when I go back next week. 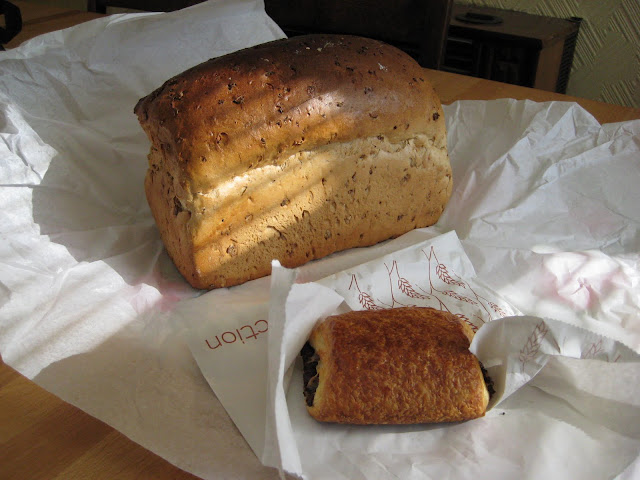 As soon as I got home, I unwrapped my bounty. The pain au chocolat was perfect; crisp on the outside, soft on the inside with melted chocolate oozing out of it. I had to have a slice of bread and butter as well. You know just to check it was as good as it looks (bear in mind I’ve already had my breakfast). And it did. Just look at the photo. 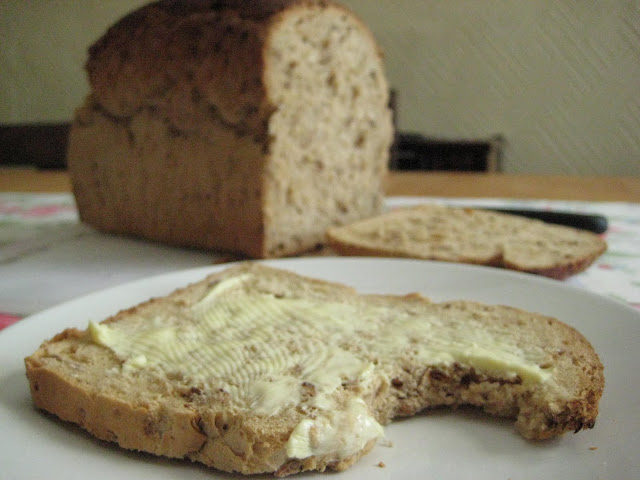 With all the recent talk of the homogenisation of the high street in Cardiff (I’m referring specifically to the opening of Gregg’s the bakers on Wellfield road and the rumours of a Tesco opening on Cathedral road in Pontcanna), it’s clear that supporting local bakers, butchers and grocers is vital if we want them to be around for generations to come. Allen’s seems like a wonderful place and I hope it’s going to be around for another 100 years.
The details:
Allen's Bakery, Rear of 11 Arran Place, Roath, Cardiff , Opening hours: Monday - Saturday 7AM - 1PM
Posted by gourmetgorro at 10:10