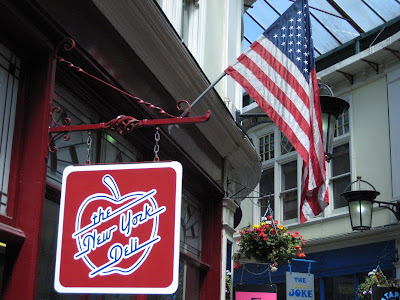 New York is the sandwich capital city of the world as far as I’m concerned. Although the Earl of Sandwich invented the good old sarnie, it’s the Yanks who really know how to make them properly. They’re not stingy with their fillings and they know how to steer well clear of unappetising pre-packed versions with limp sliced bread.


Much like their namesake, New York Deli, located in the High Street Arcade knows how to make a good sandwich. I opted for the New York Hoagie (Pastrami, Swiss cheese, coleslaw, thousand island sauce, lettuce and tomato) whilst Mrs G opted for a Reuben Hoagie (Salt beef, swiss cheese, thousand island, coleslaw).  Both our perfectly soft white rolls overflowed with flavoursome meat, creamy coleslaw and cheese. Perched on top were some phenomenally good dill pickles; sweet & fragrant with a hint of spice. These were some of the best I’ve ever eaten and I’m a bit of a Mrs Elswood connoisseur. If they’re not homemade then please let me know where I can get a jar from.
Mrs G rated her sandwich as highly as mine and was just thankful that she doesn’t work anywhere near the New York Deli otherwise she admitted she’d probably end up eating a sandwich from there every day. The only negative of our lunch was my cup tea which was pretty watery and flavourless. However, I noticed in the fridge they sell cans of A&W Root Beer. Next time..... 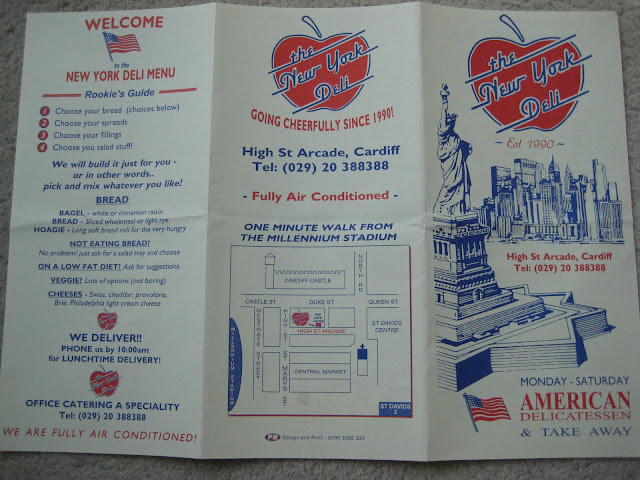 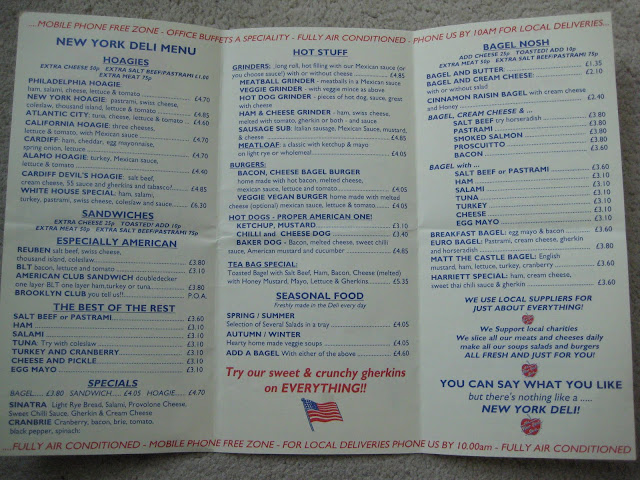 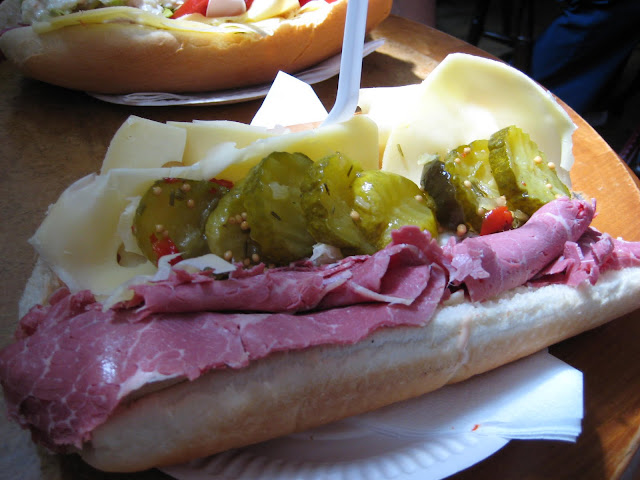 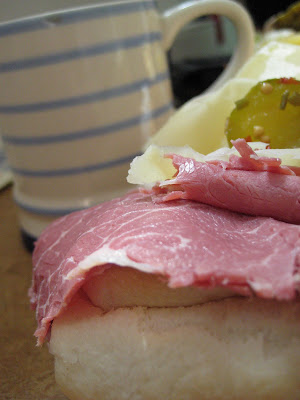 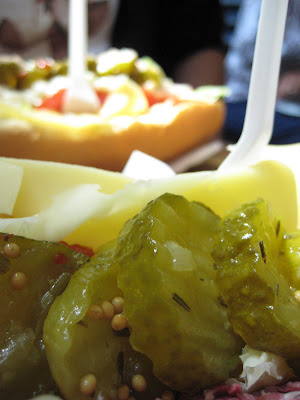