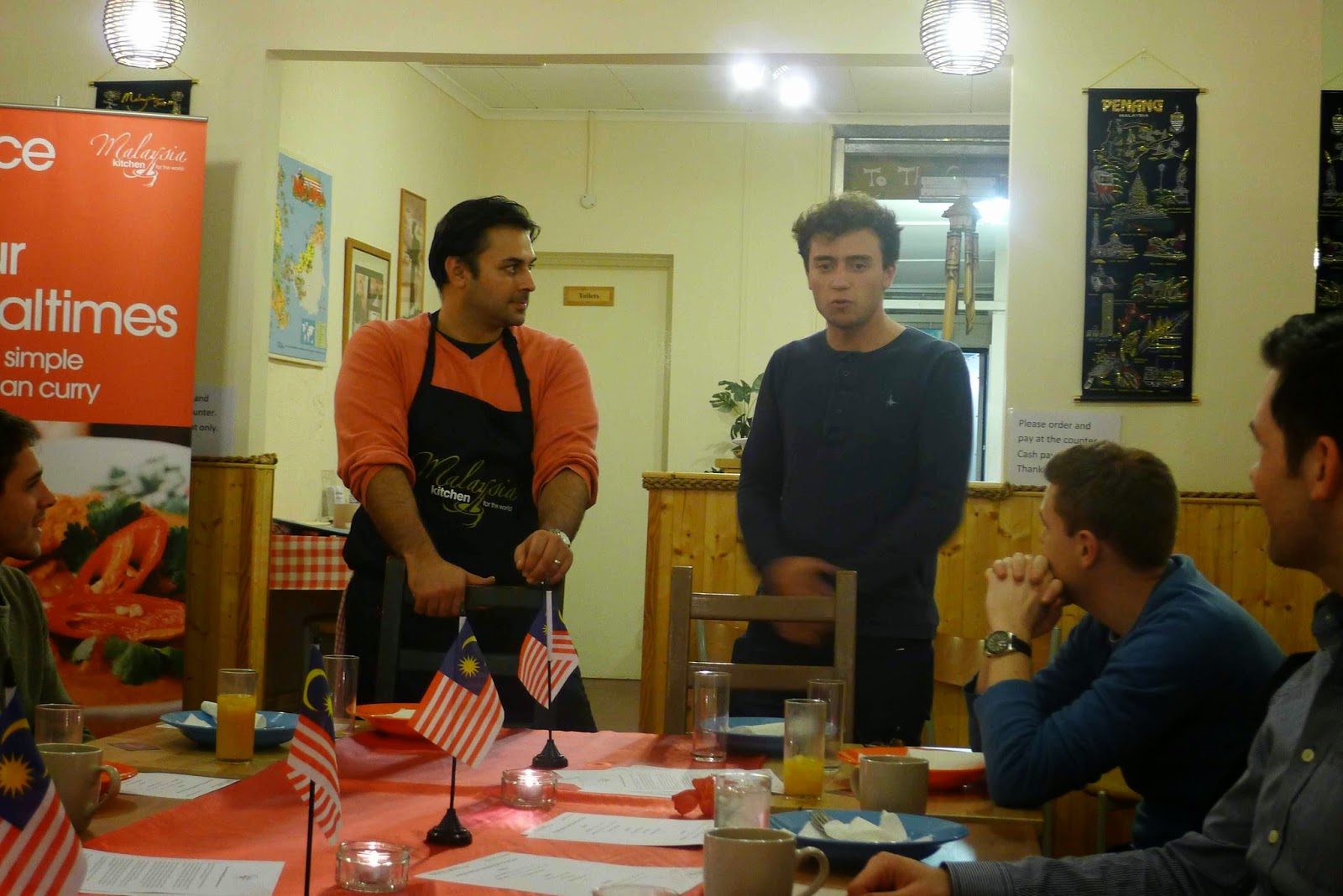 A couple of weeks ago I attended a supper club at Cafe Malaysia cooked by 2010 Masterchef winner Dhruv Baker.

It was frigging lush.


But, there’s really no point in me reviewing it because it was a one off.

However, before I go into detail, I’ll take this opportunity to suggest you visit Cafe Malaysia. It’s a cracker of a place that flies beneath many peoples’ radars. Dhruv in fact was somewhat intimidated by the quality of the food being knocked out by their kitchen; his cooking had a lot to live up to. 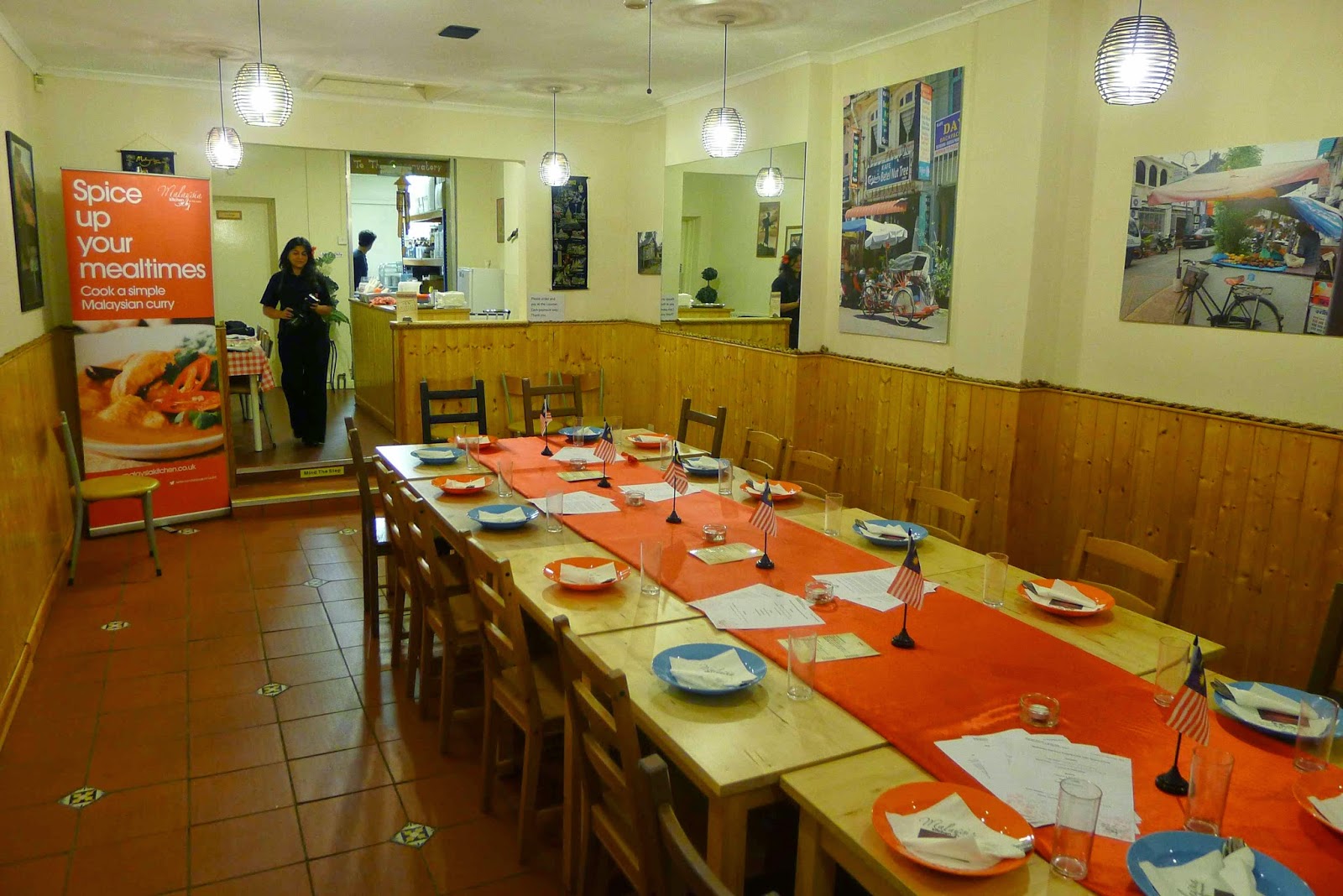 Here’s what Dhruv cooked... there was a heck of a lot so you’ll have to bear with me.

A trio of starters kicked off the meal. 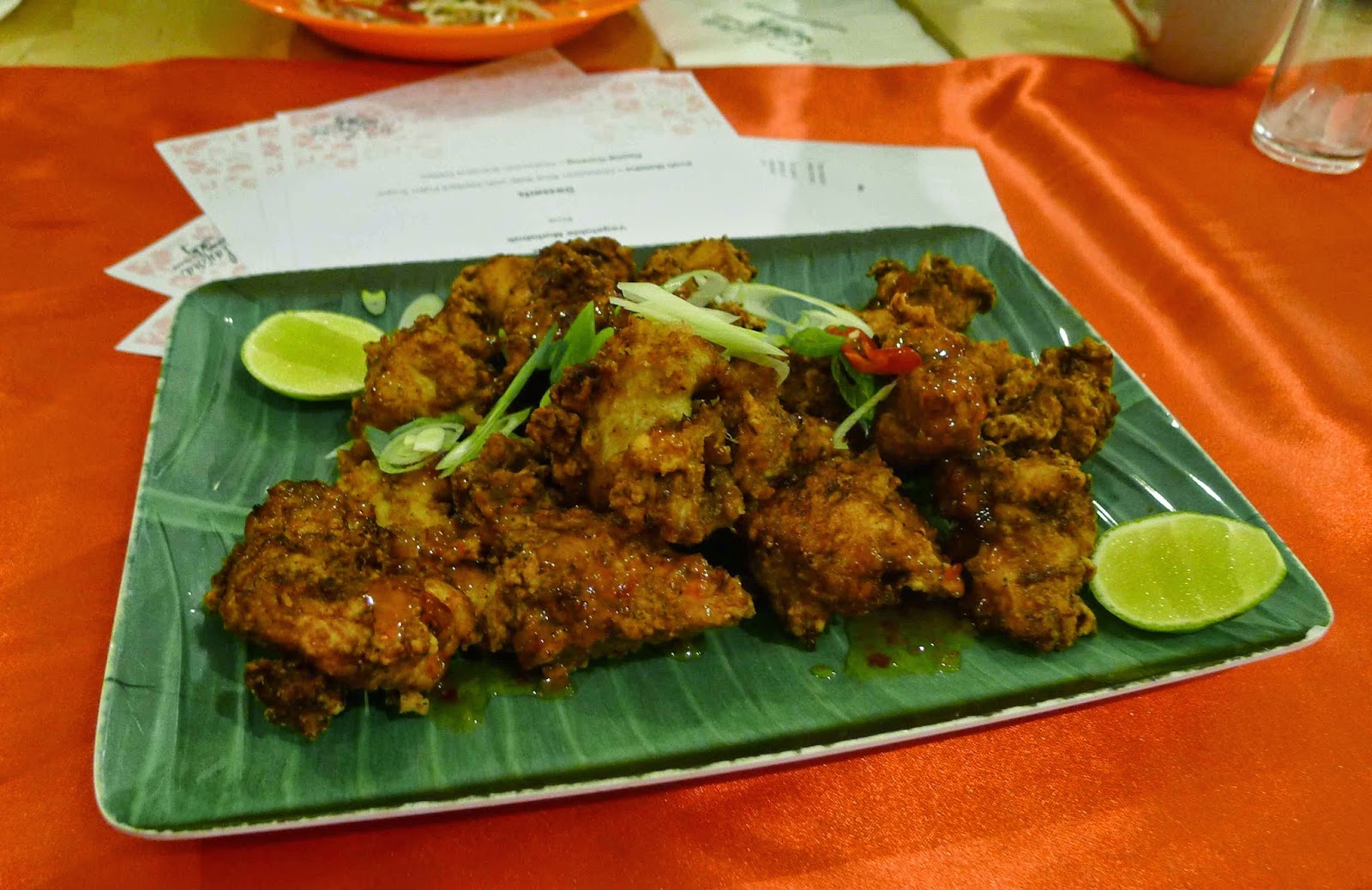 Soft squiggles of chargrilled squid satay were the ideal vehicle for a chunky peanut dip. 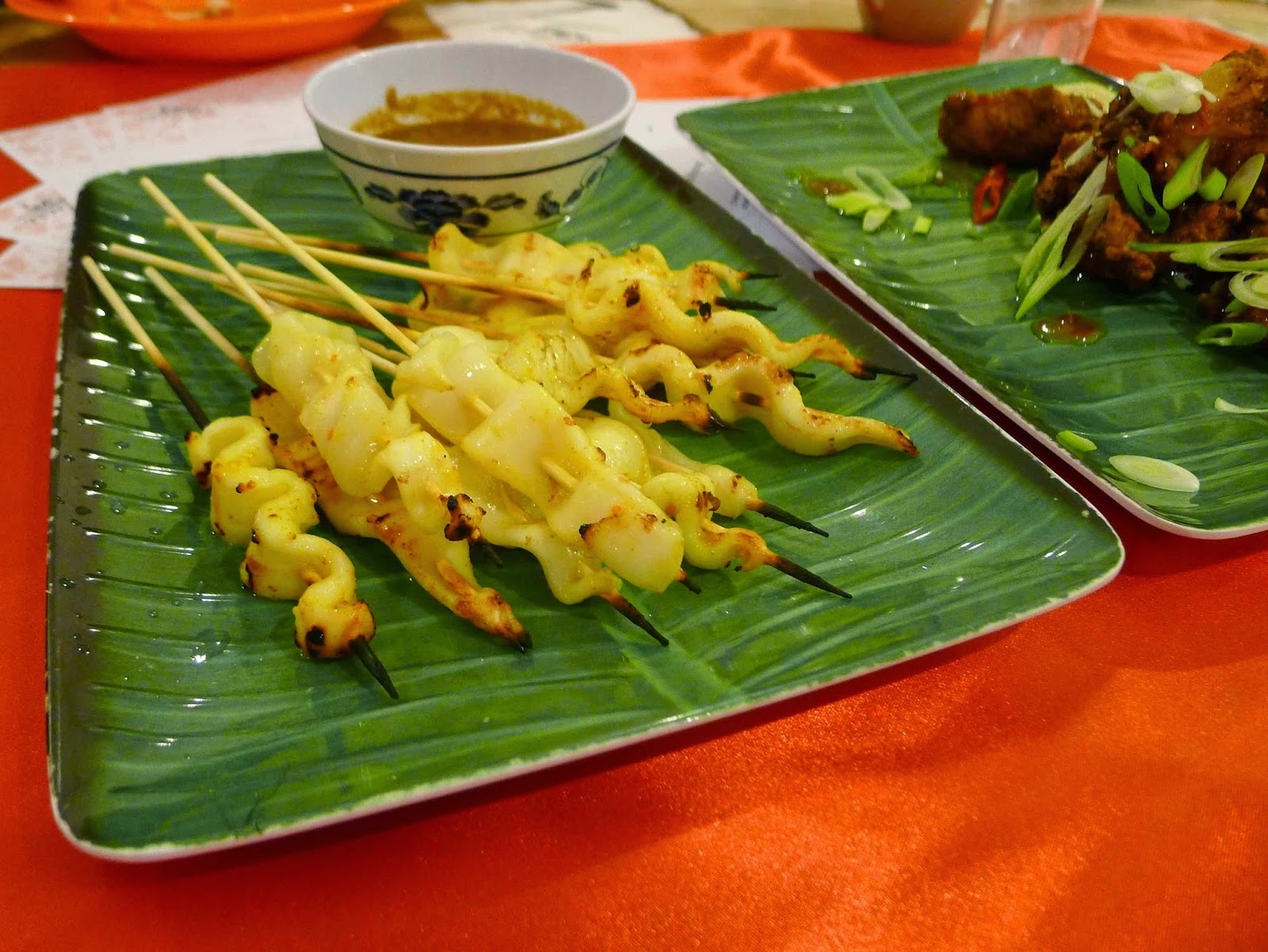 Lastly, a fresh and light salad of crunchy bean sprouts and peppers was scattered liberally with green chillies and toasted coconut. 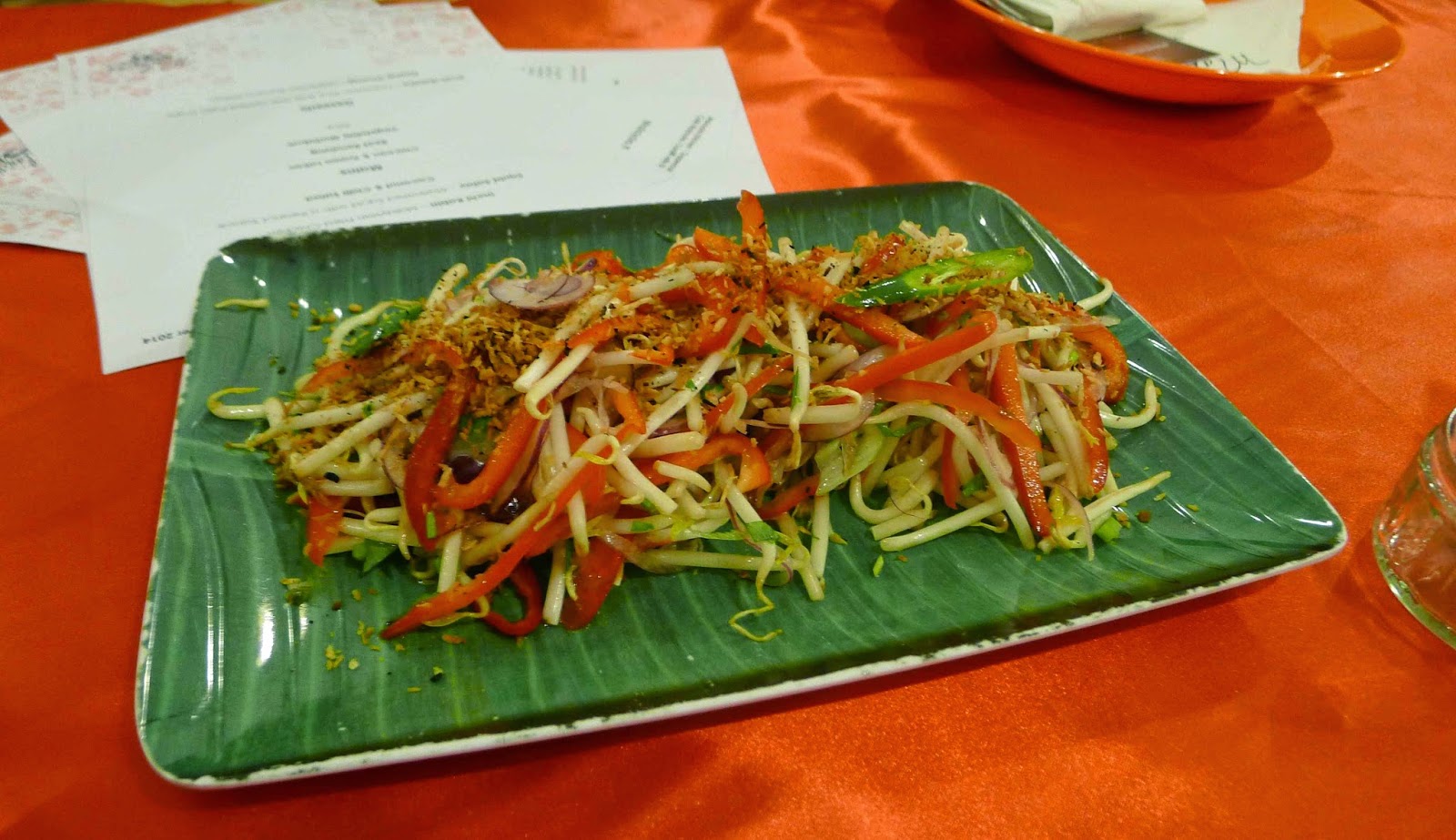 Next up was a bowl of laksa. The fragrant broth was loaded with mint, coriander, creamy coconut milk and warming chilli, whilst pieces of chicken, plump king prawns and puffy deep fried tofu lay swimming in its depths. 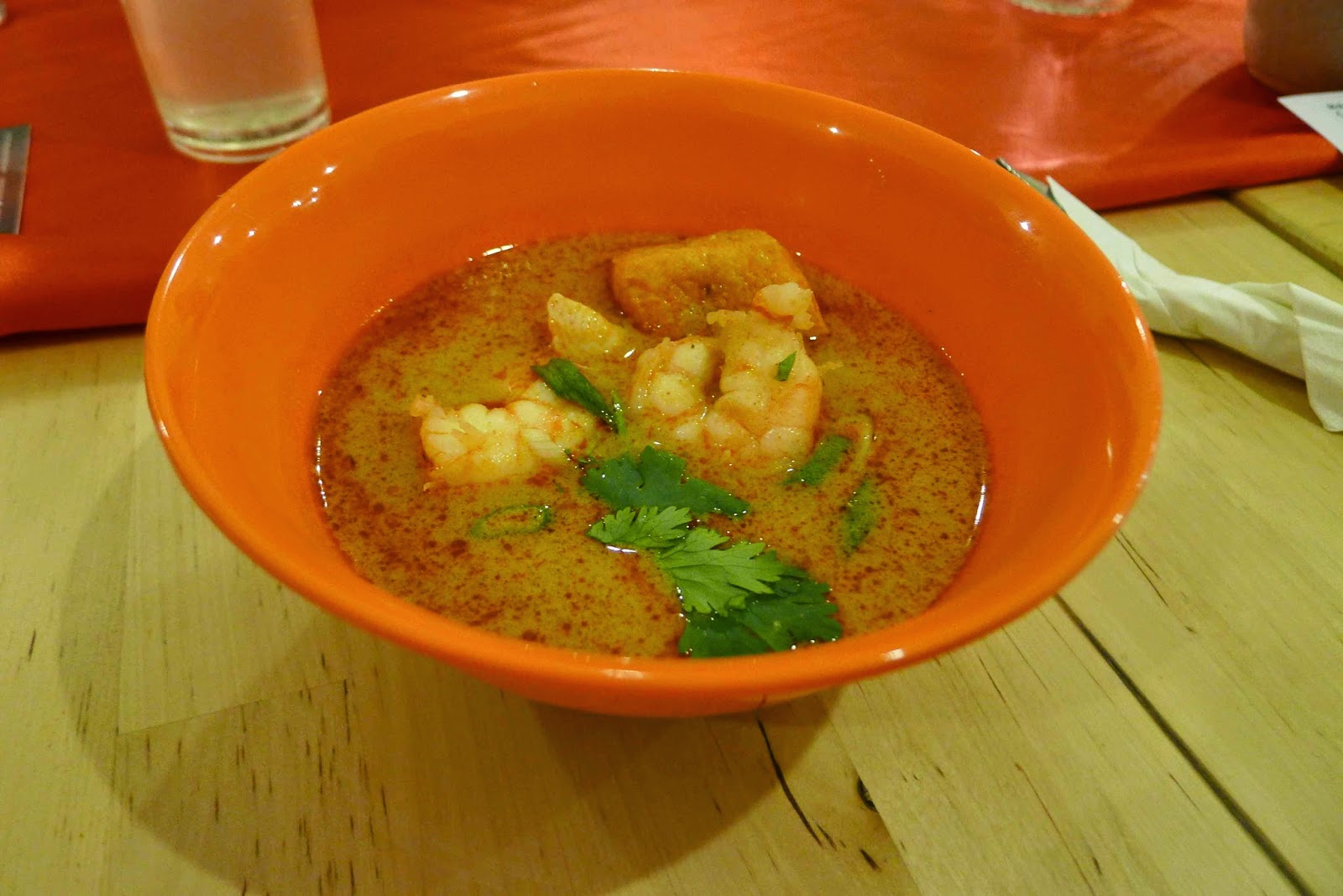 The onslaught continued with the mains. Beef rendang was made using shin which must have been cooked for hours such was its tenderness. The huge quantity of yielding meat was coated in a deeply-spiced coconut-based gravy.

An accompanying dome of rice was light and sticky but it was folly to fill up on carbohydrate. However, I’m a fool and I ate the whole lot. 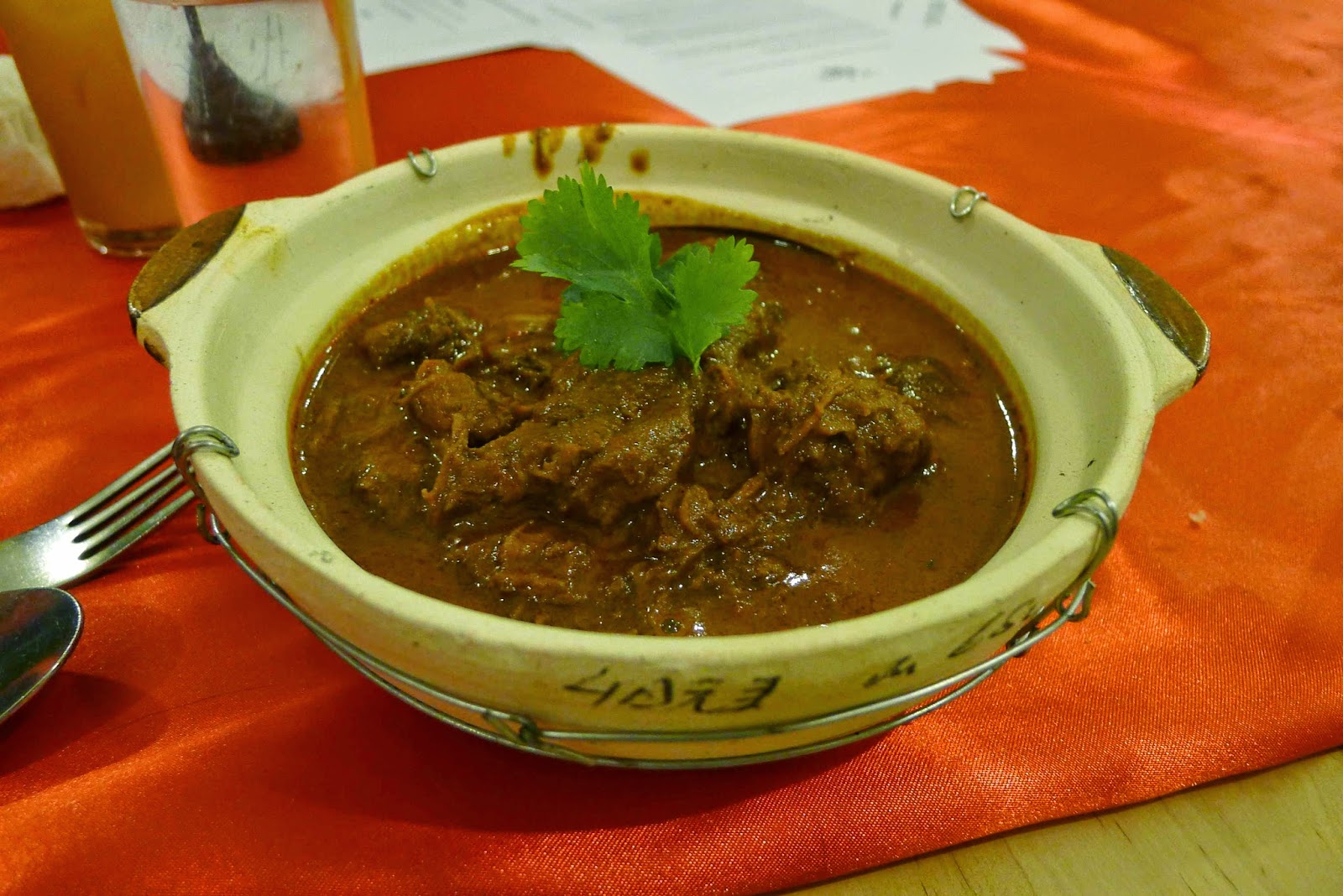 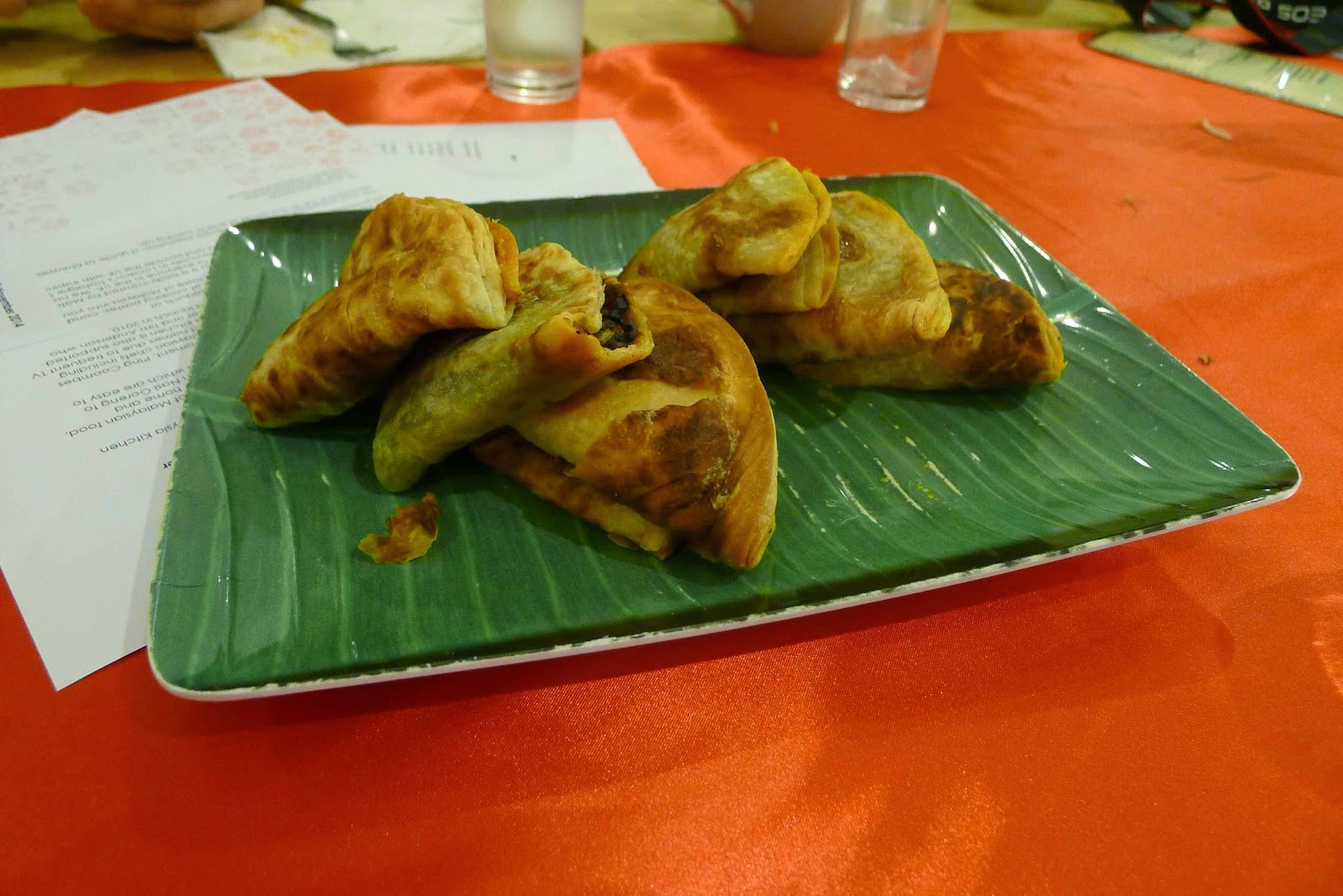 The only dud of the night was one of the desserts – buah Melaka. Dayglo pounded rice balls, with the texture of chewing gum, were filled with liquid palm sugar and coated in coconut. They’d apparently suffered the consequences of not being served hot. I’m not convinced it would have helped.

A lightly battered banana fritted served with a sweet milky sauce compensated for the previous offering. 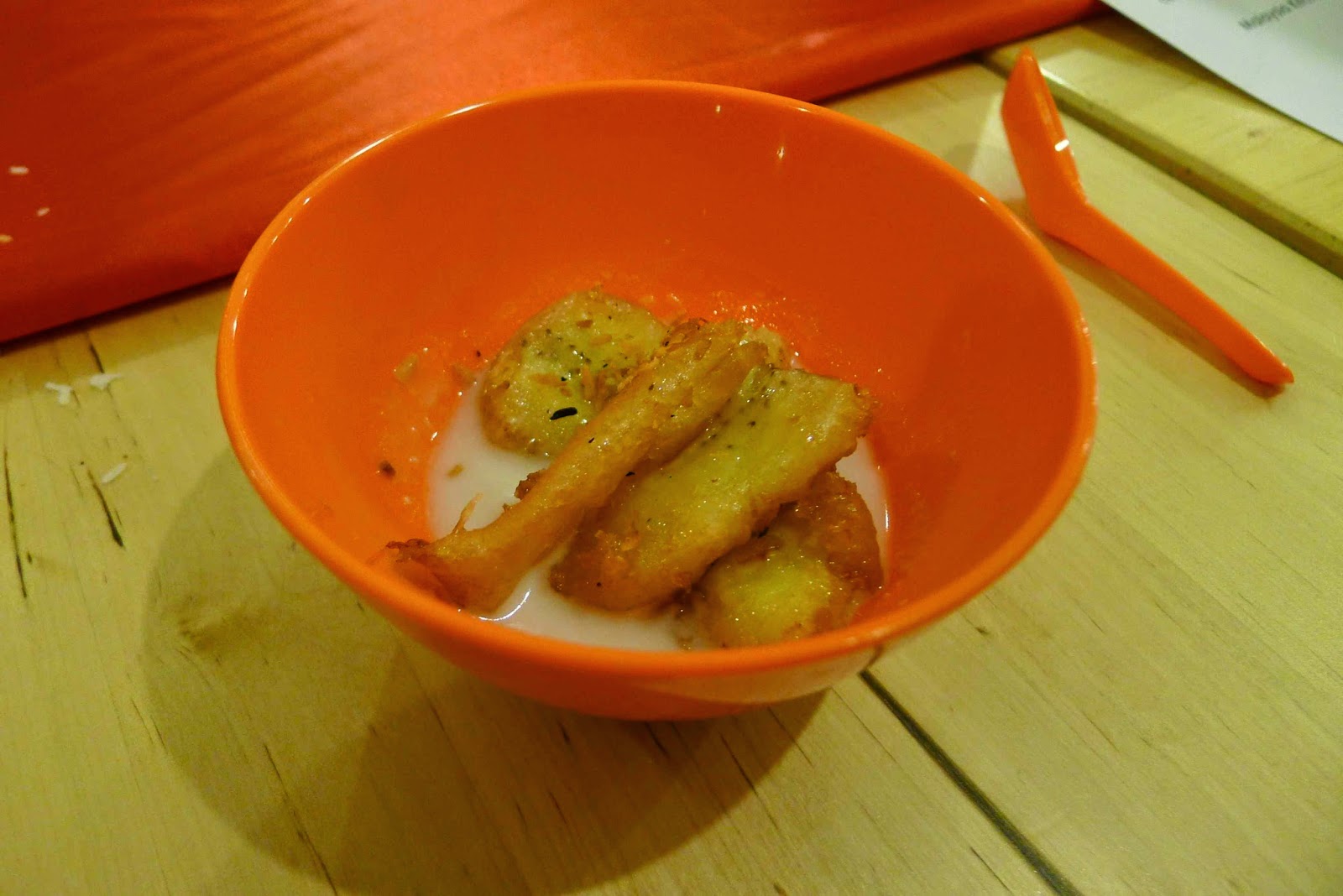 And of course, everything was washed down with a mug of teh tarik; strong, sweet and creamy it’s peak builders’ tea. 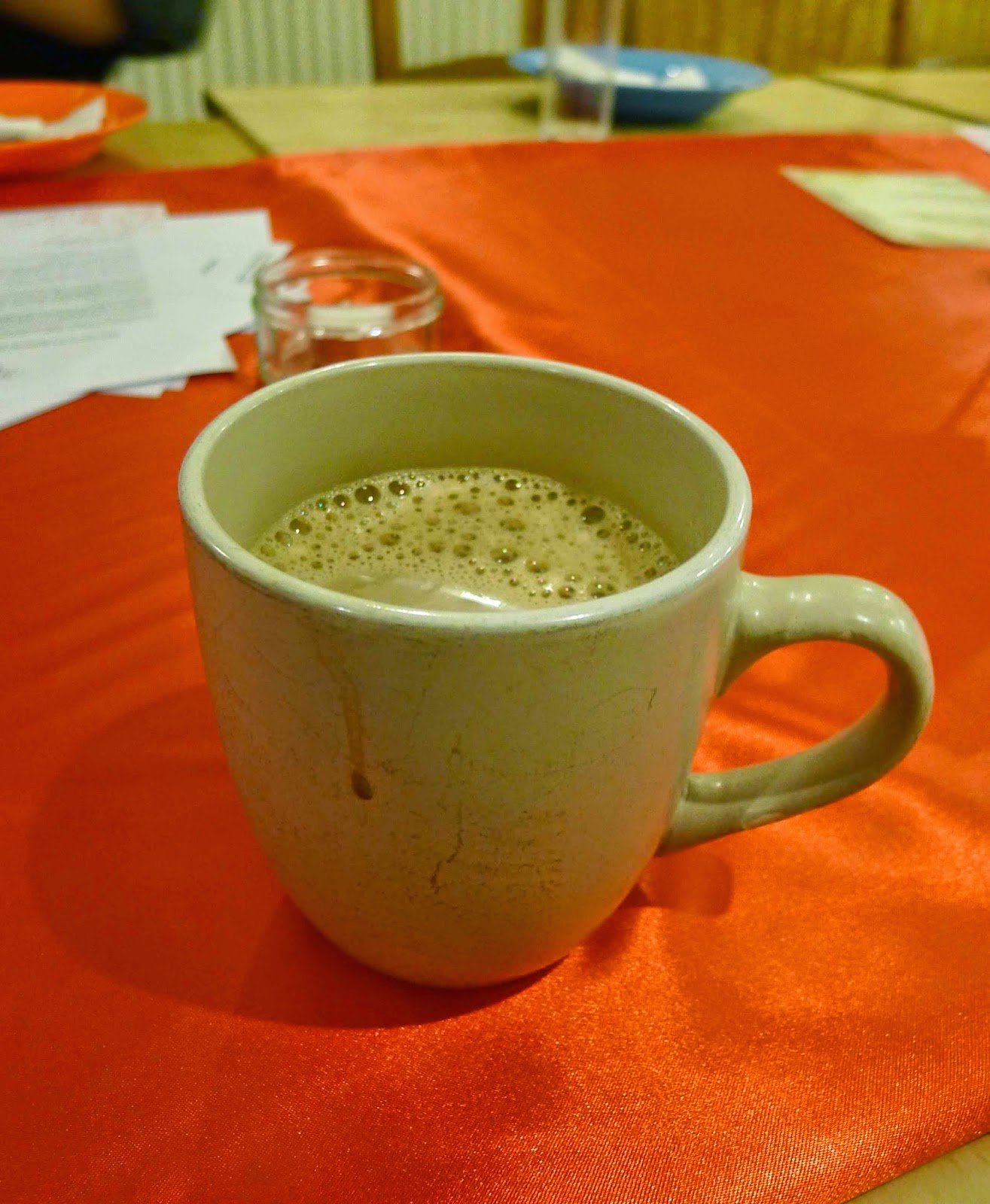 That’s it, a blinking lush meal.

Whilst you can’t eat Dhruv’s cooking in Cardiff (he’s opened a new restaurant in south London), go and check out Cafe Malaysia’s impeccably fresh and fragrant food instead.

Disclosure - I was invited to the supper club as a guest of Malaysia Kitchen, all food and drink was complimentary.