A few places to eat in Paris 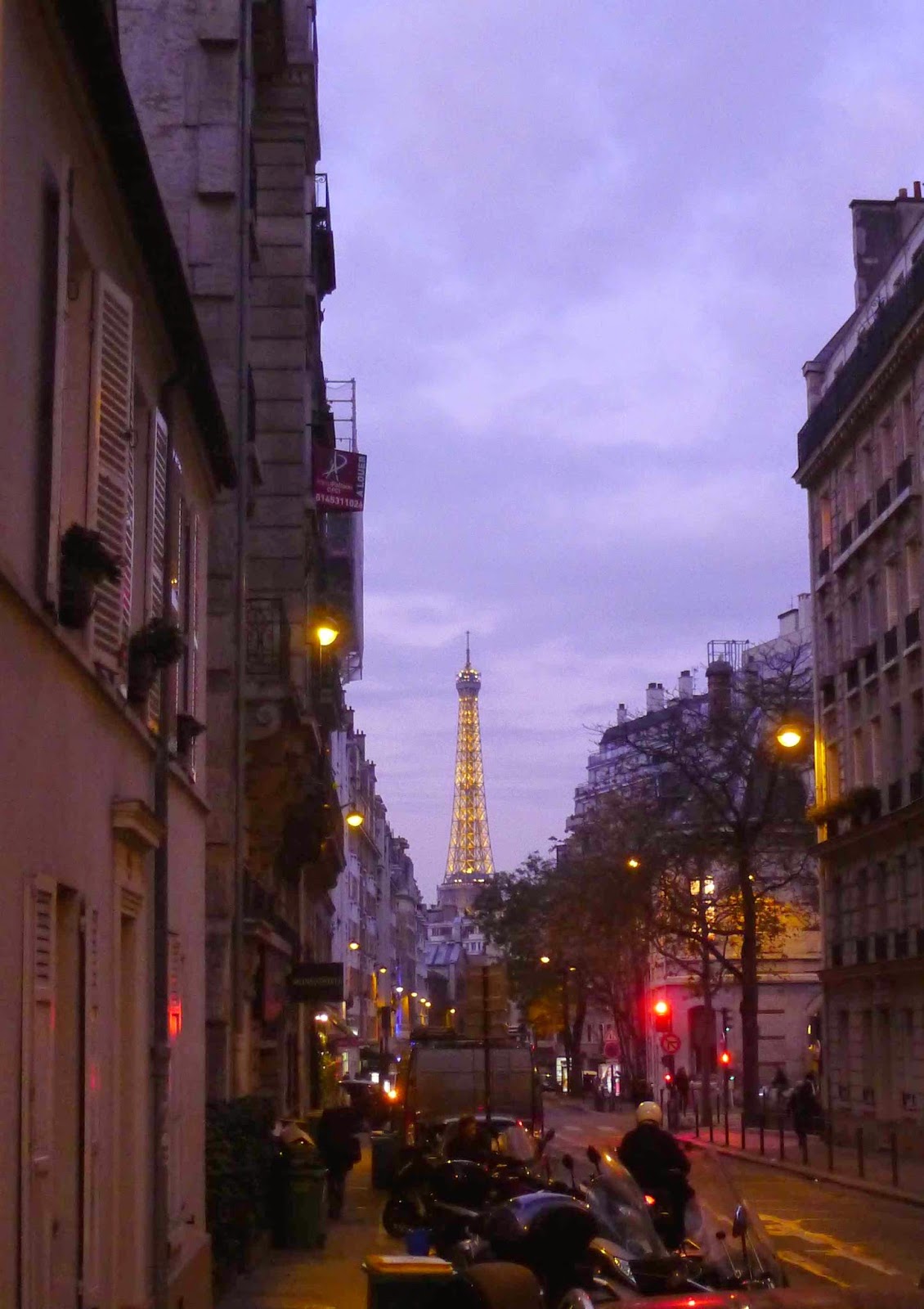 Well that is except for all those baguettes, croissants and crepes.

Thanks to the help of an untrustworthy travel guide, nearly every meal consisted of unmemorable, barely edible, overpriced slop.

The faint memory of duck in honey sauce with spaghetti at a dingy Montmartre restaurant still haunts me.

So, this time around, it’s thanks to the blogosphere (and a dash of T***advisor) that I didn’t eat a single dud meal.

Here are 3 of the most memorable places I ate: 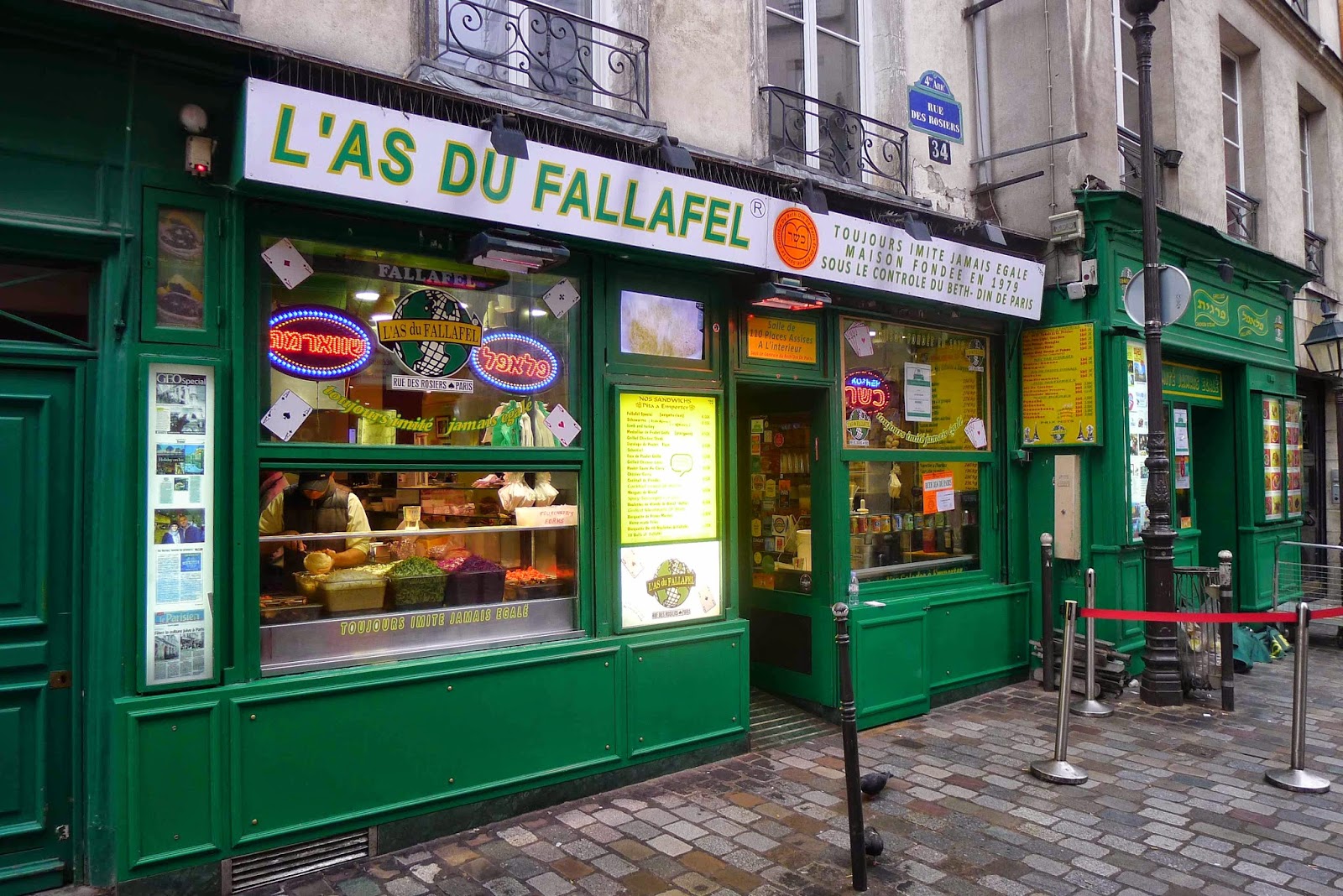 Located in Le Marais, Paris’s Jewish Quarter, L’As du Fallafel reputedly serve the best falafel in the city. There are regularly huge queues and it’s a great option for a Sunday when much of the rest of the Paris closes for business. 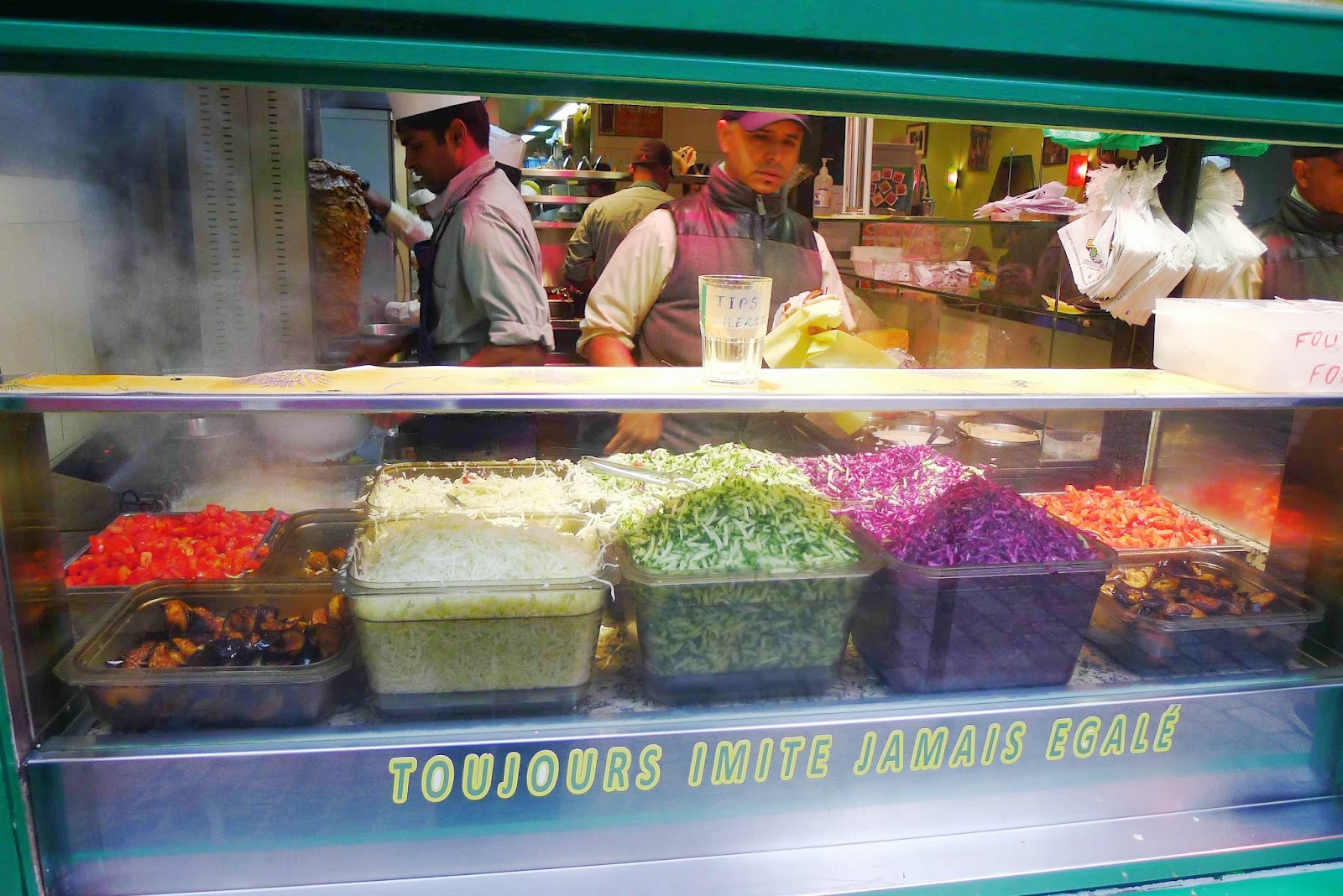 A falafel special (€6) comprised of pillow soft pitta stuffed with golden falafel, tender roasted aubergines, supremely fresh salad, generous squirts of creamy tahini and a dollop of chilli sauce. I liked it so much that I ate there twice. 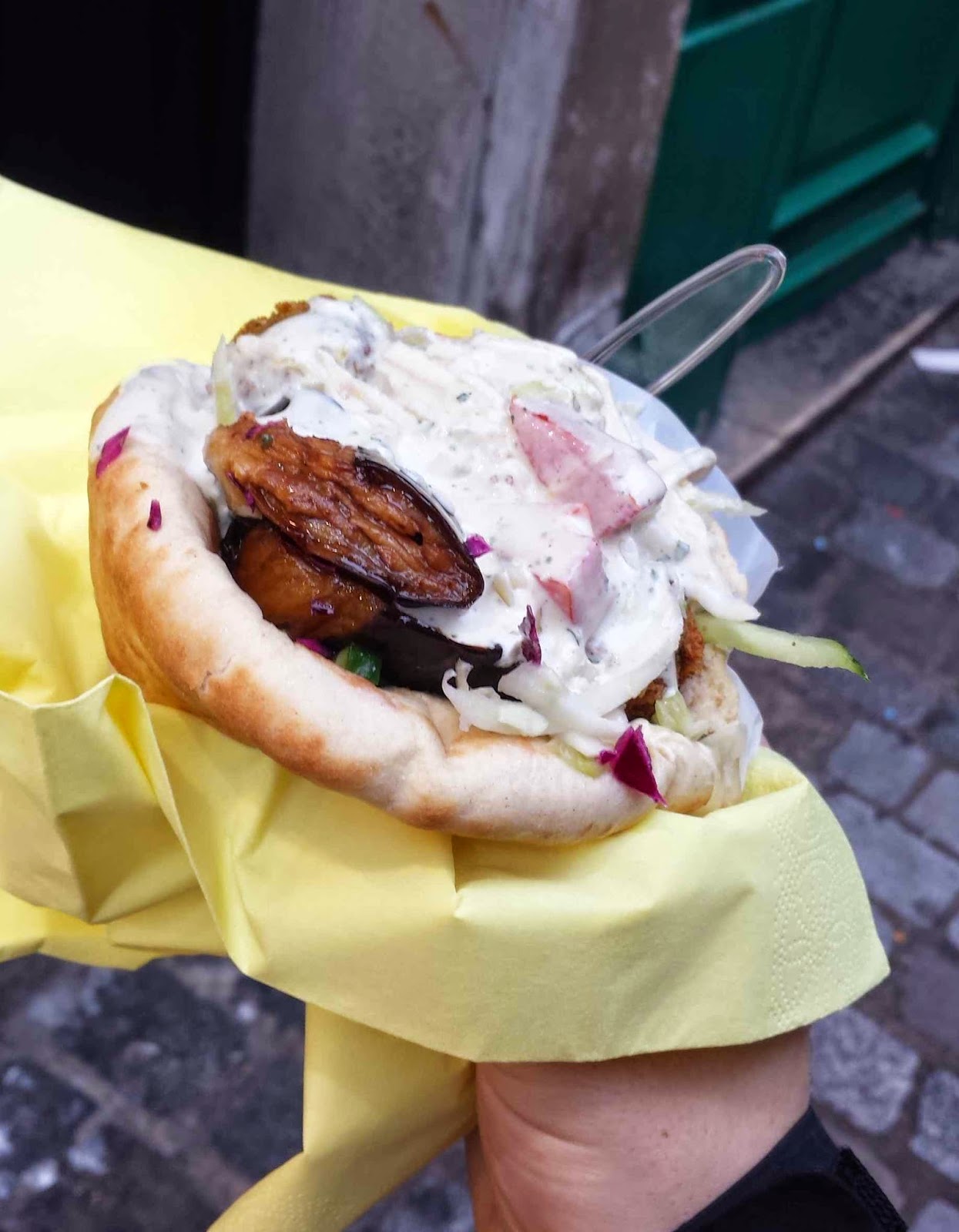 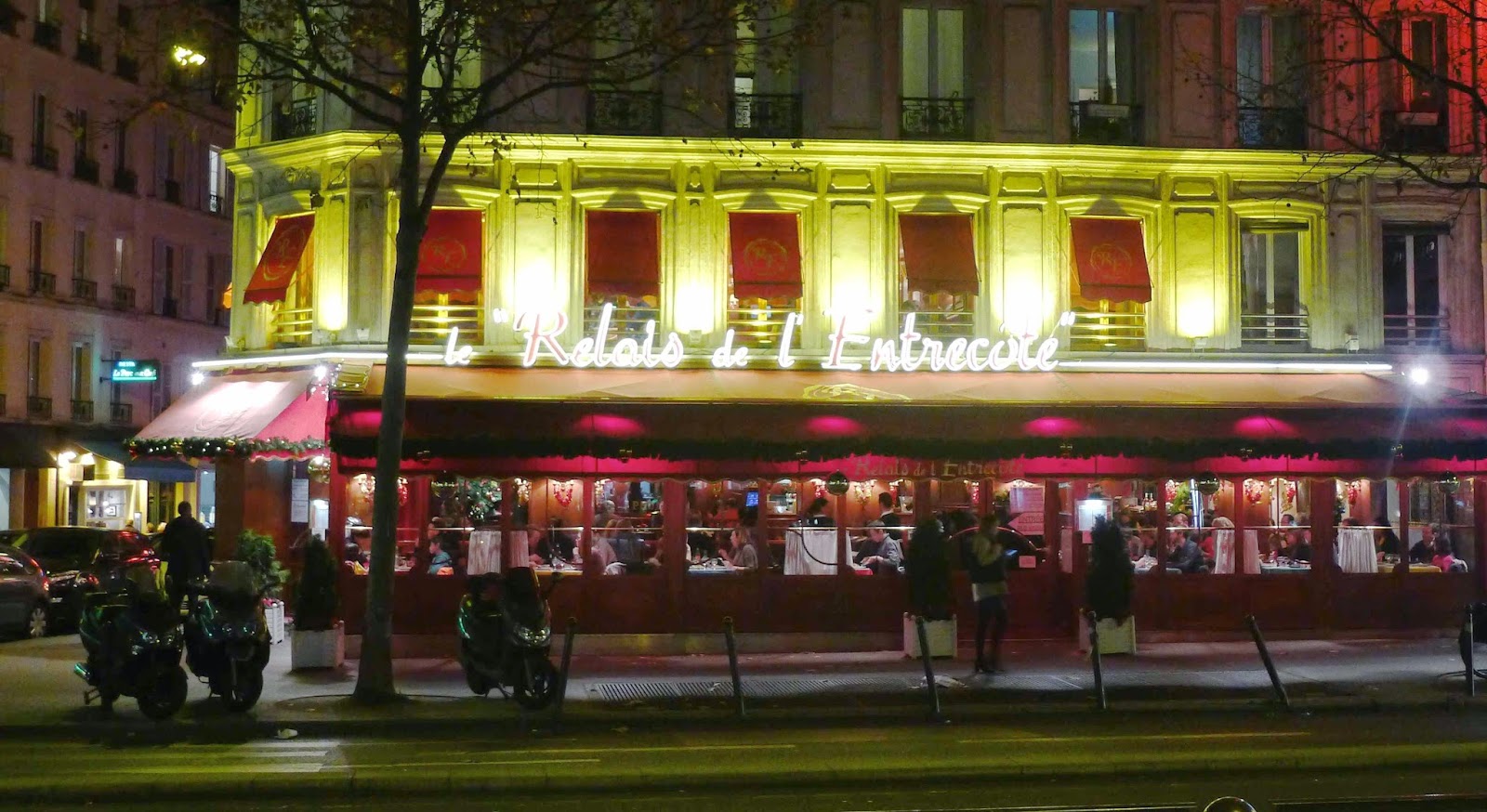 More restaurants should take note of Relais de l’Entrecôte’s ethos that one thing done well is far better than lots of mediocre dishes. 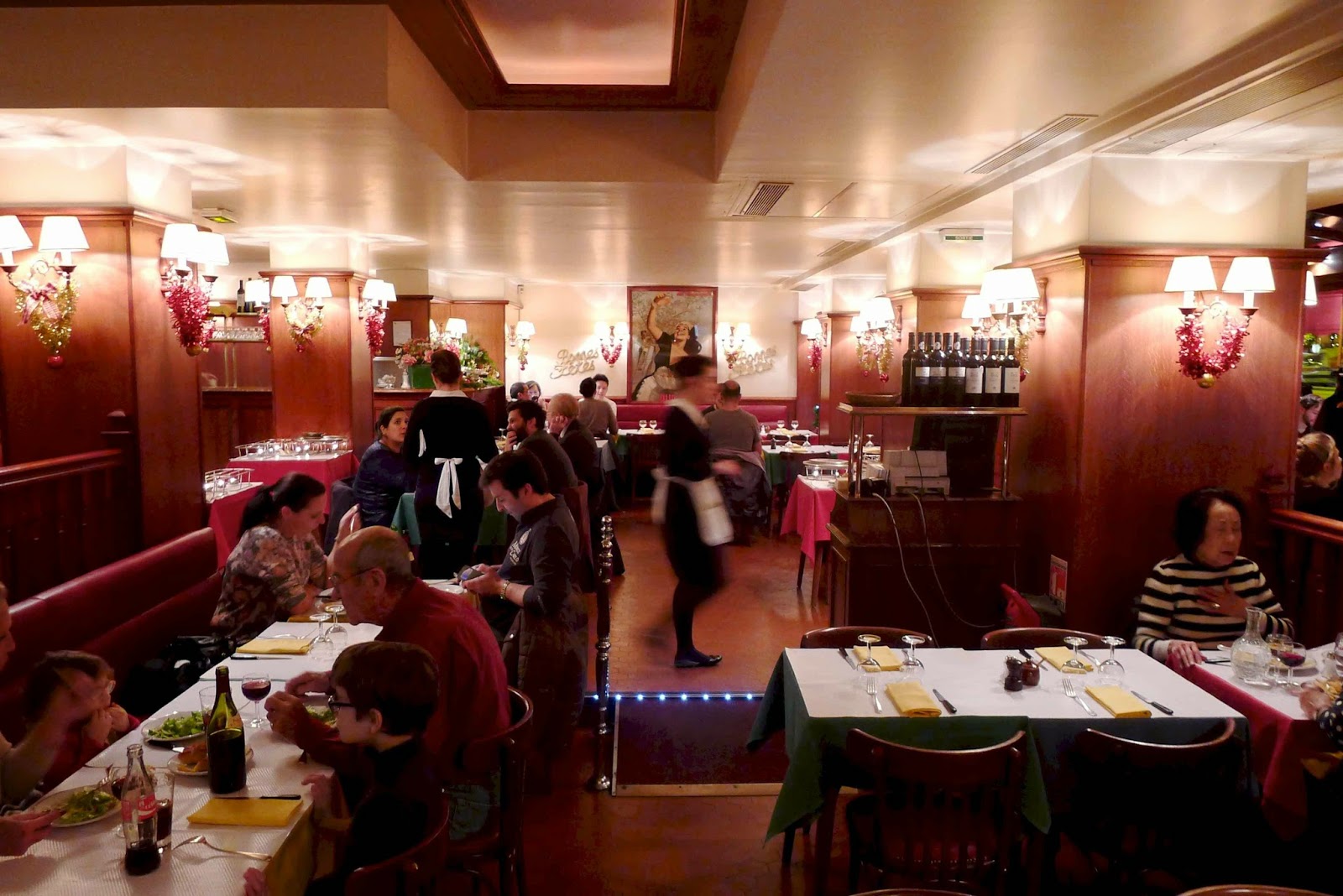 In Relais de l’Entrecôte’s case they serve a no choice menu for €26.50 which consists of a starter of crisp salad dressed in a perfectly poised vinaigrette topped with radishes and walnuts. 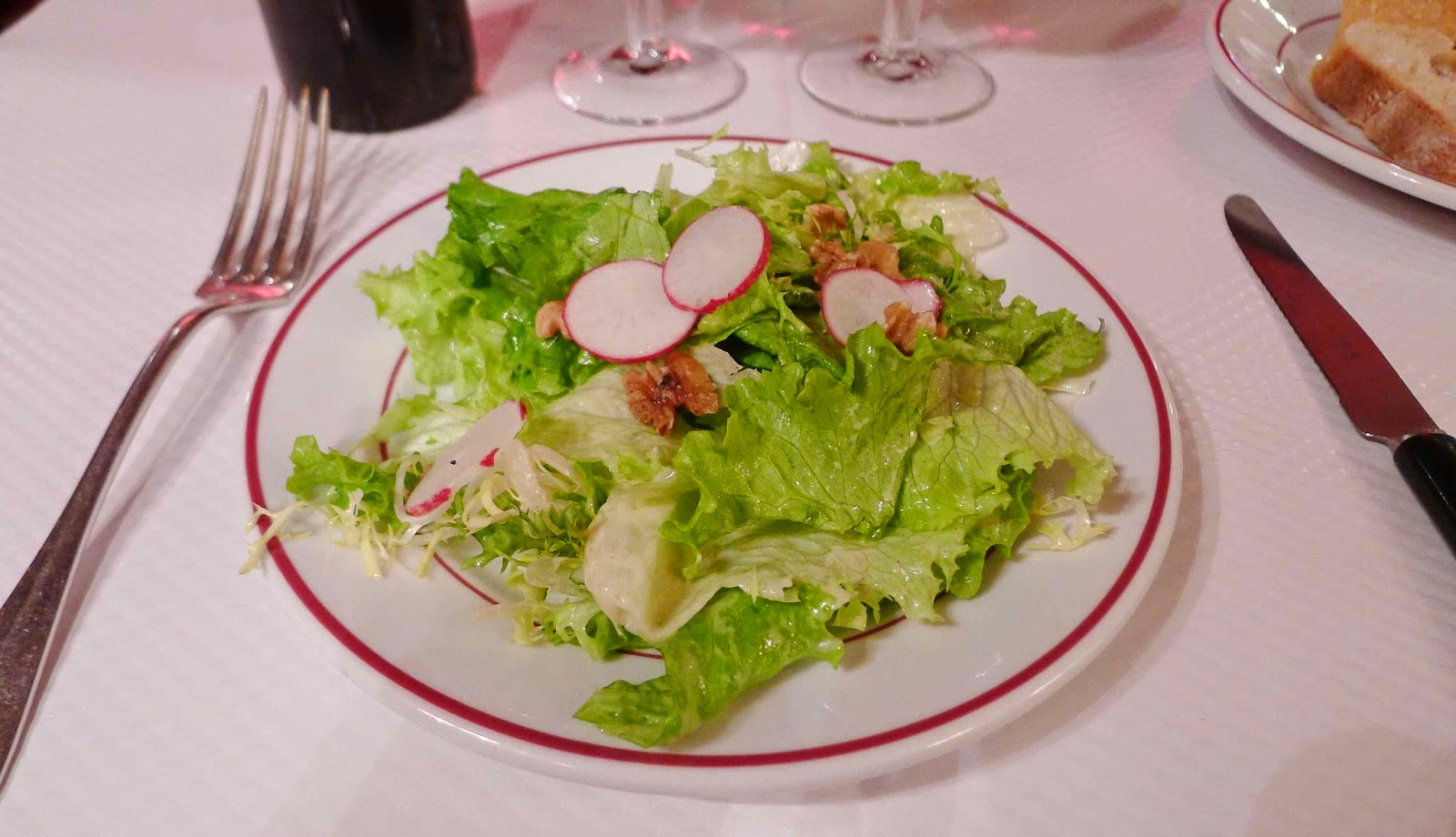 For mains you’re served a tender sliced fillet steak. It’s not the most flavoursome piece of meat you’ll ever eat but its accompanying secret sauce is more addictive than Flappy Bird. Deeply savoury, meaty and buttery (yet not too rich) its secret ingredients are said to include chicken livers and a bucket load of thyme. Accompanying the steak was a mound of golden fries. 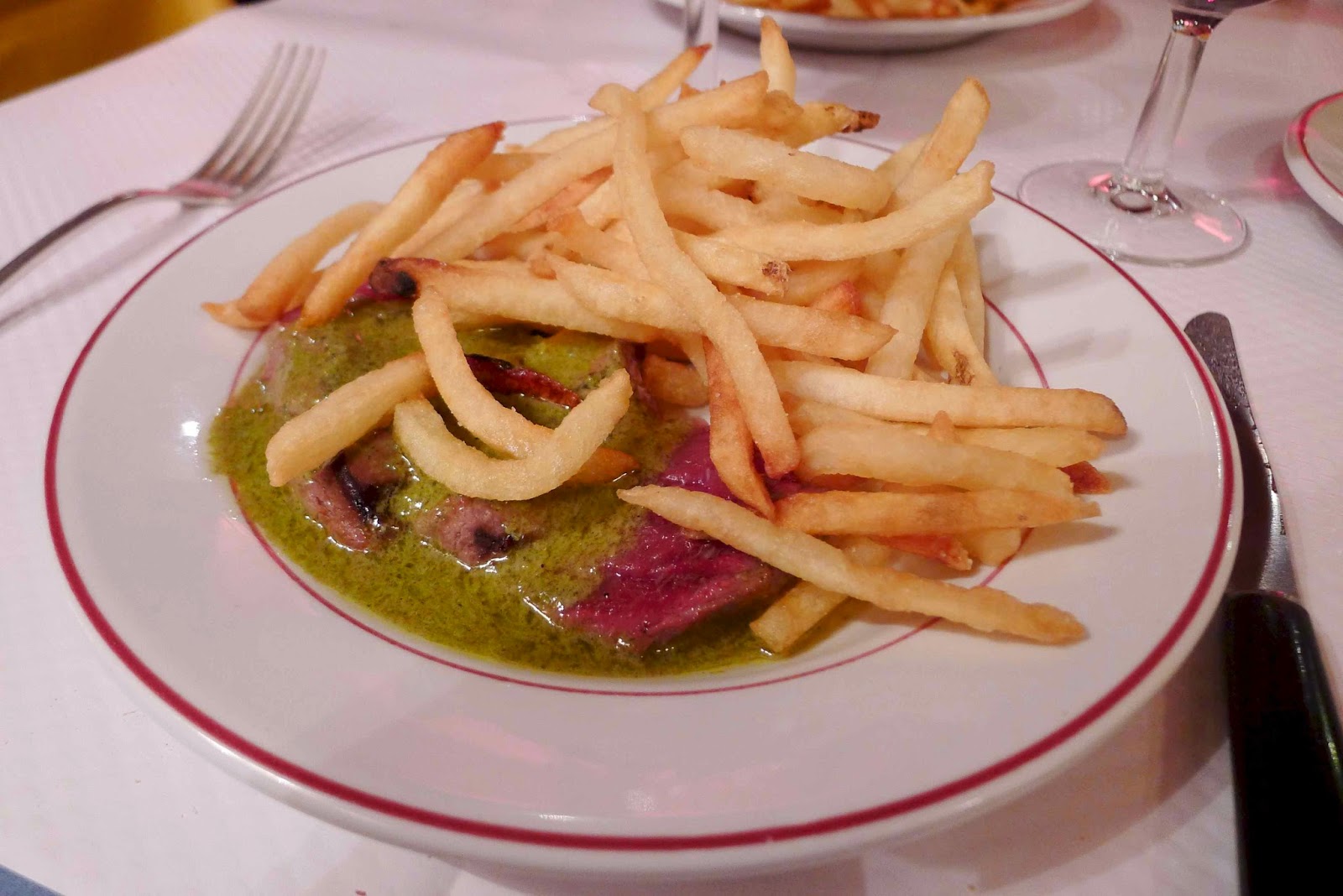 But, here’s the best thing, half of your steak is held back. So, once you’ve finished your first plate of steak and chips, you get another.

Has anyone else had dreams about this kind of thing happening? 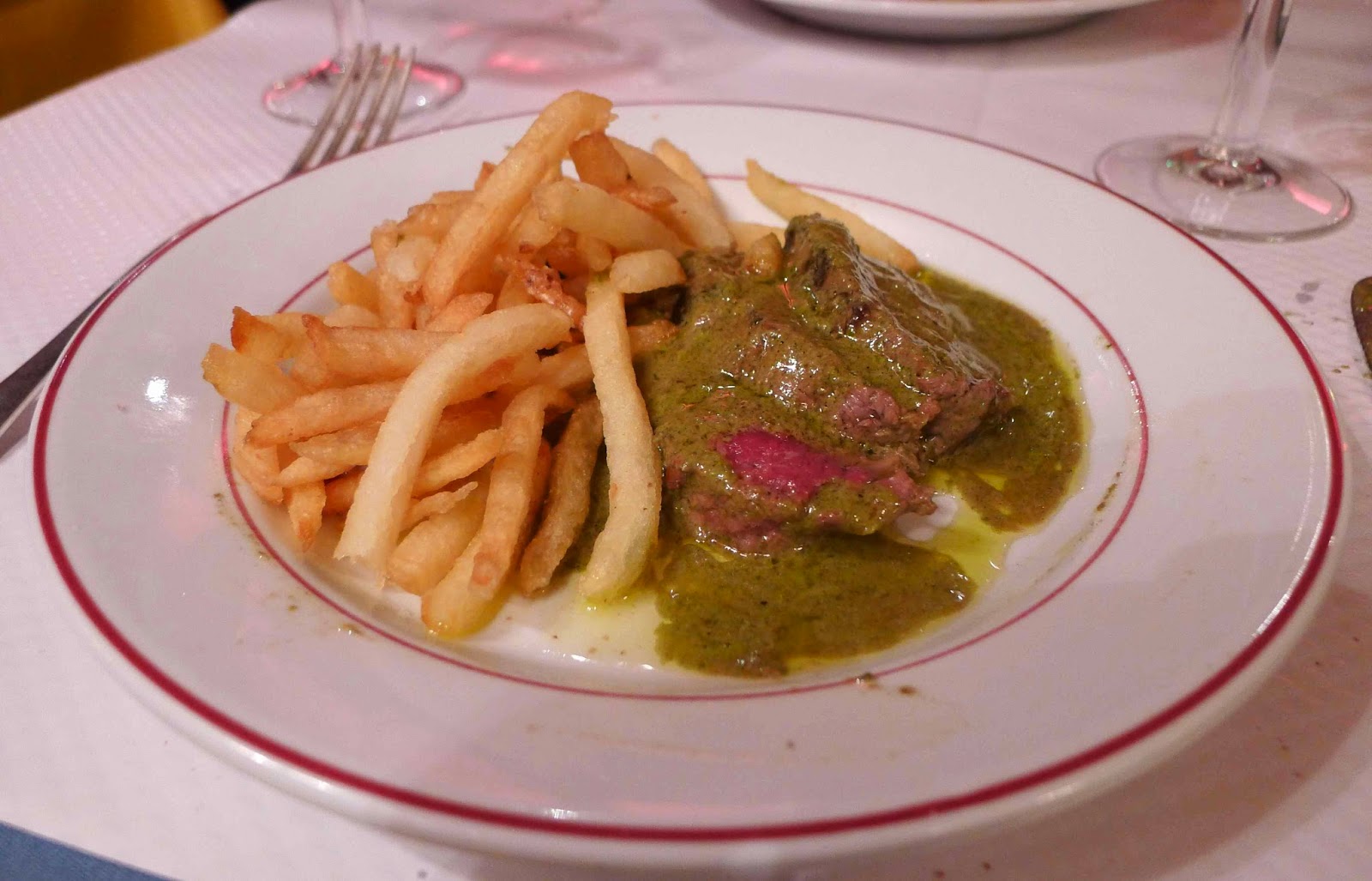 There’s a wealth of choice for dessert (too much I suspect). 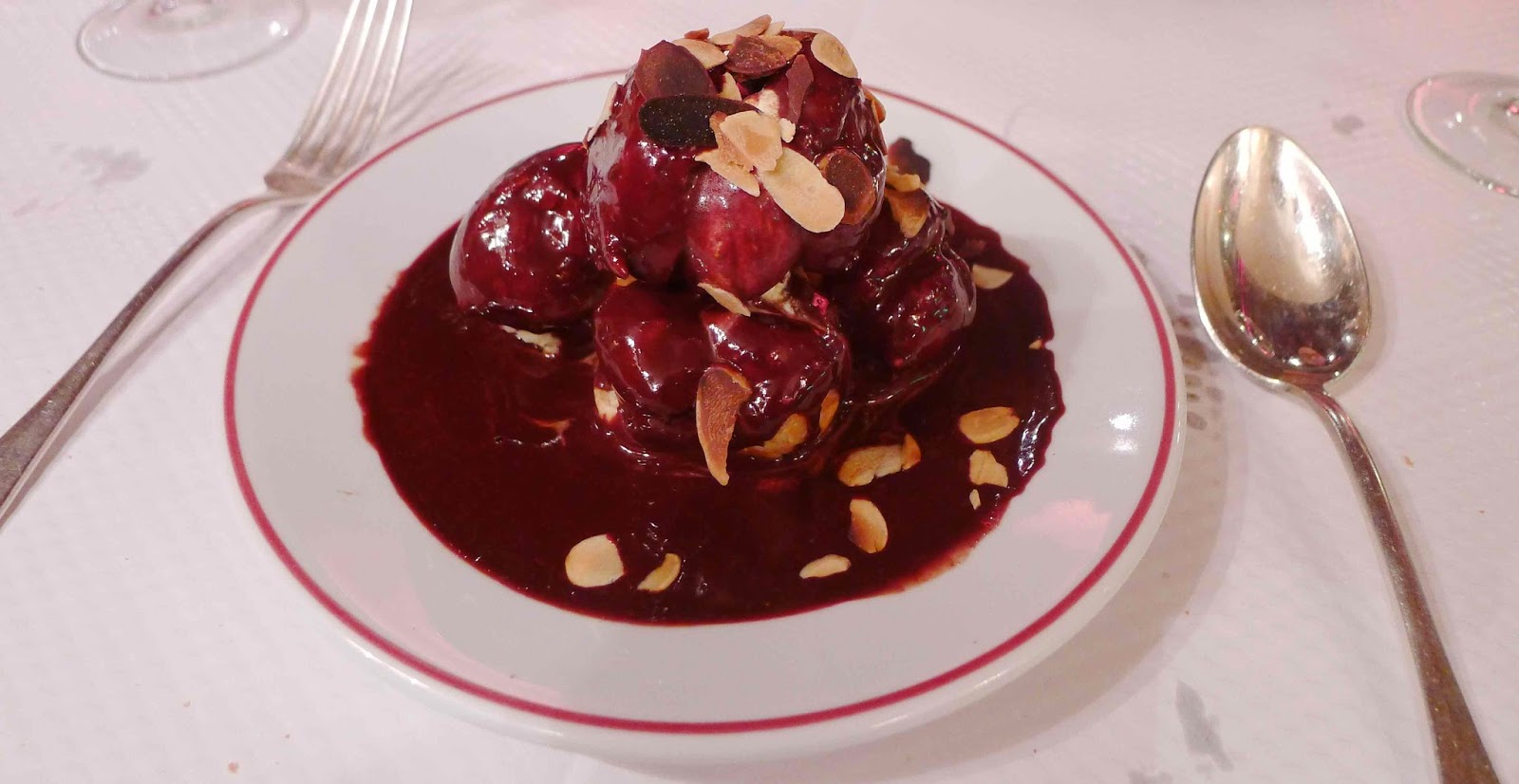 An apple tart (€6.90) contained well-spiced tender fruit but was let down by a soggy bottom. The shame. 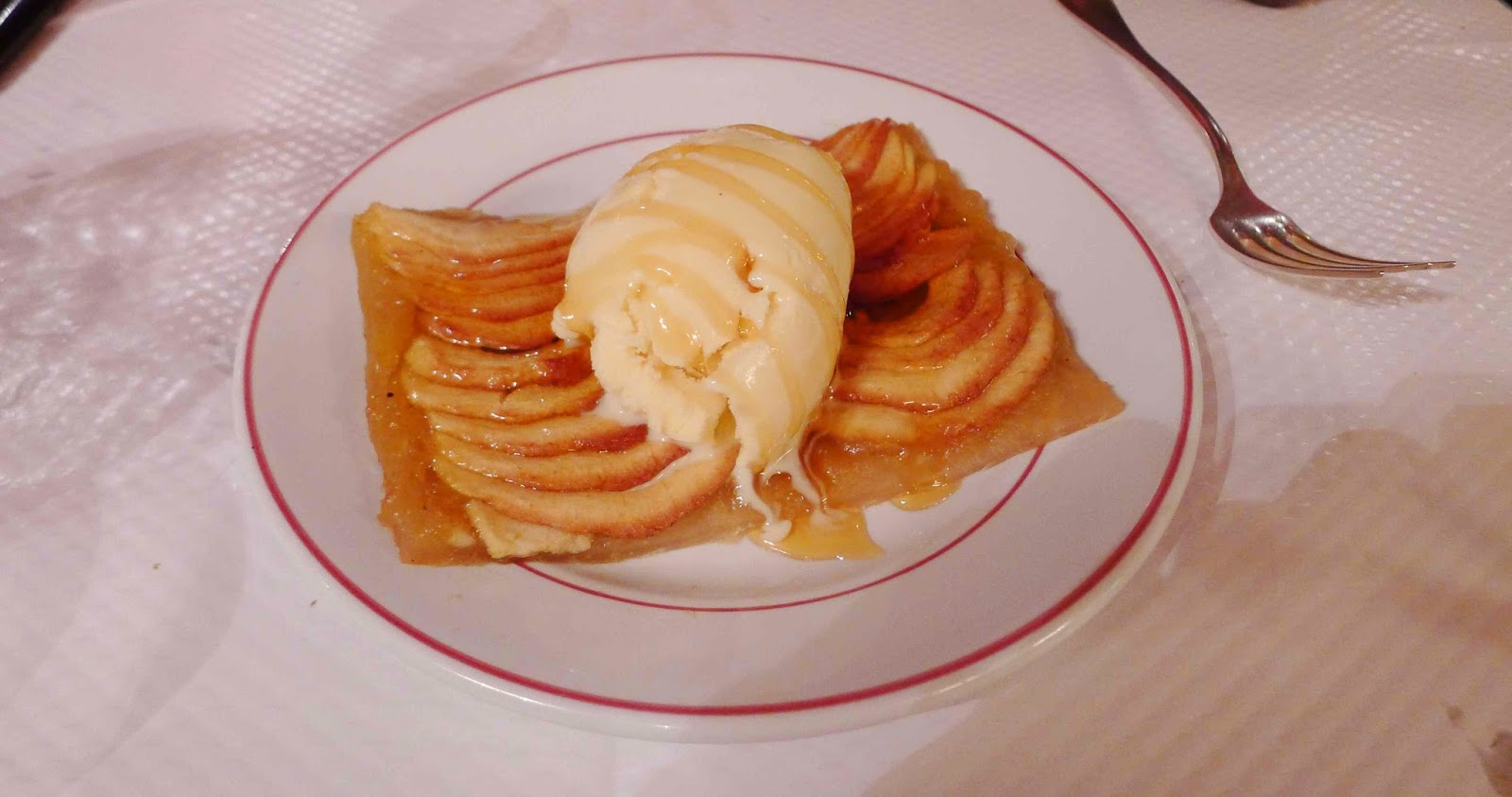 A shout out must also go to the house wine too – Mrs G’s pick of the entire holiday – which cost an almost reasonable €11.40 for a half bottle. 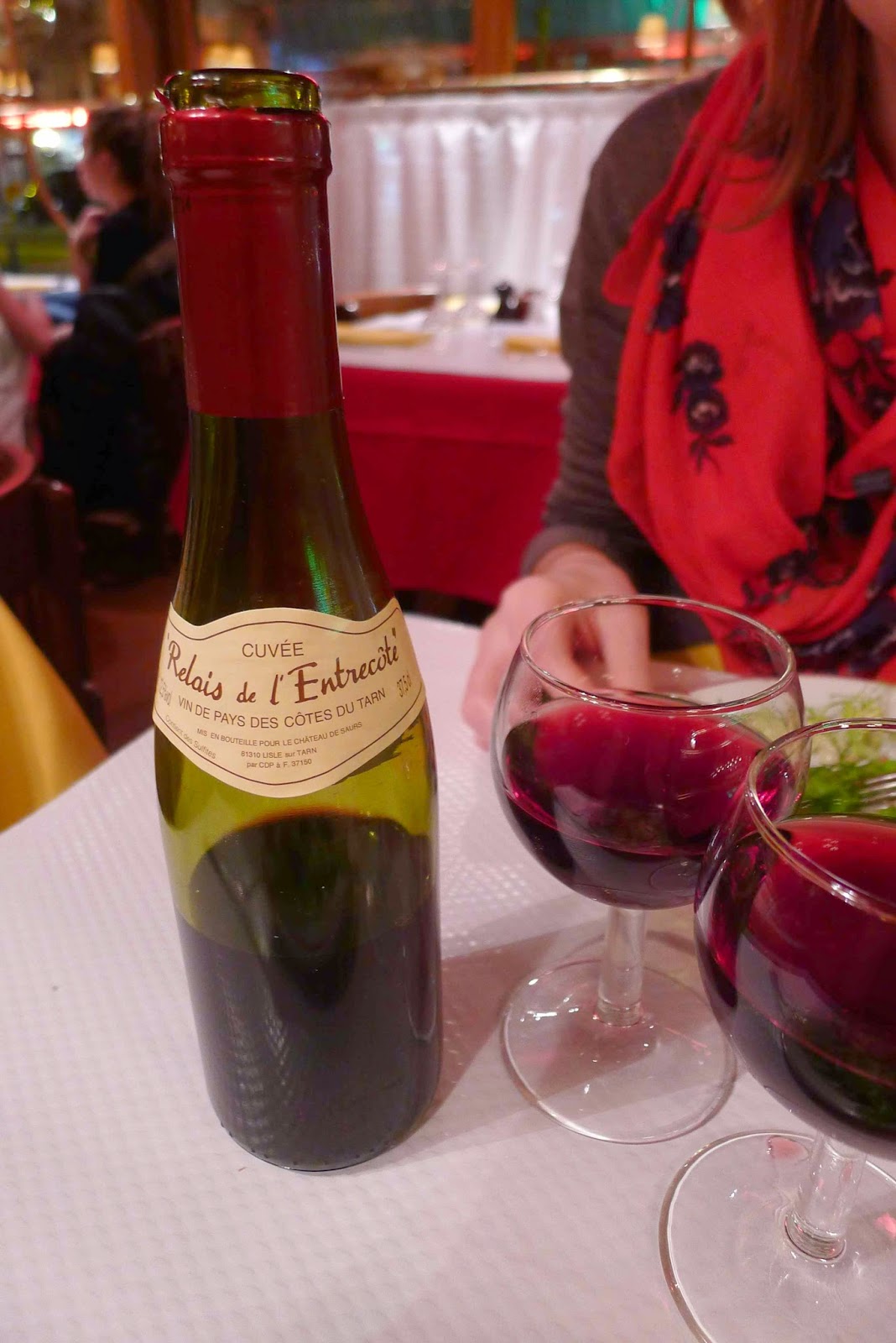 There are 3 branches of Relais de l’Entrecôte (Champs-Élysées, Montparnasse and Saint-Germain-Des-Prés). Whilst there are frequently long queues due to their no reservations policy, there was none when we visited the Montparnasse branch at opening time (7pm). Saying that, the large restaurant filled up in about fifteen minutes. 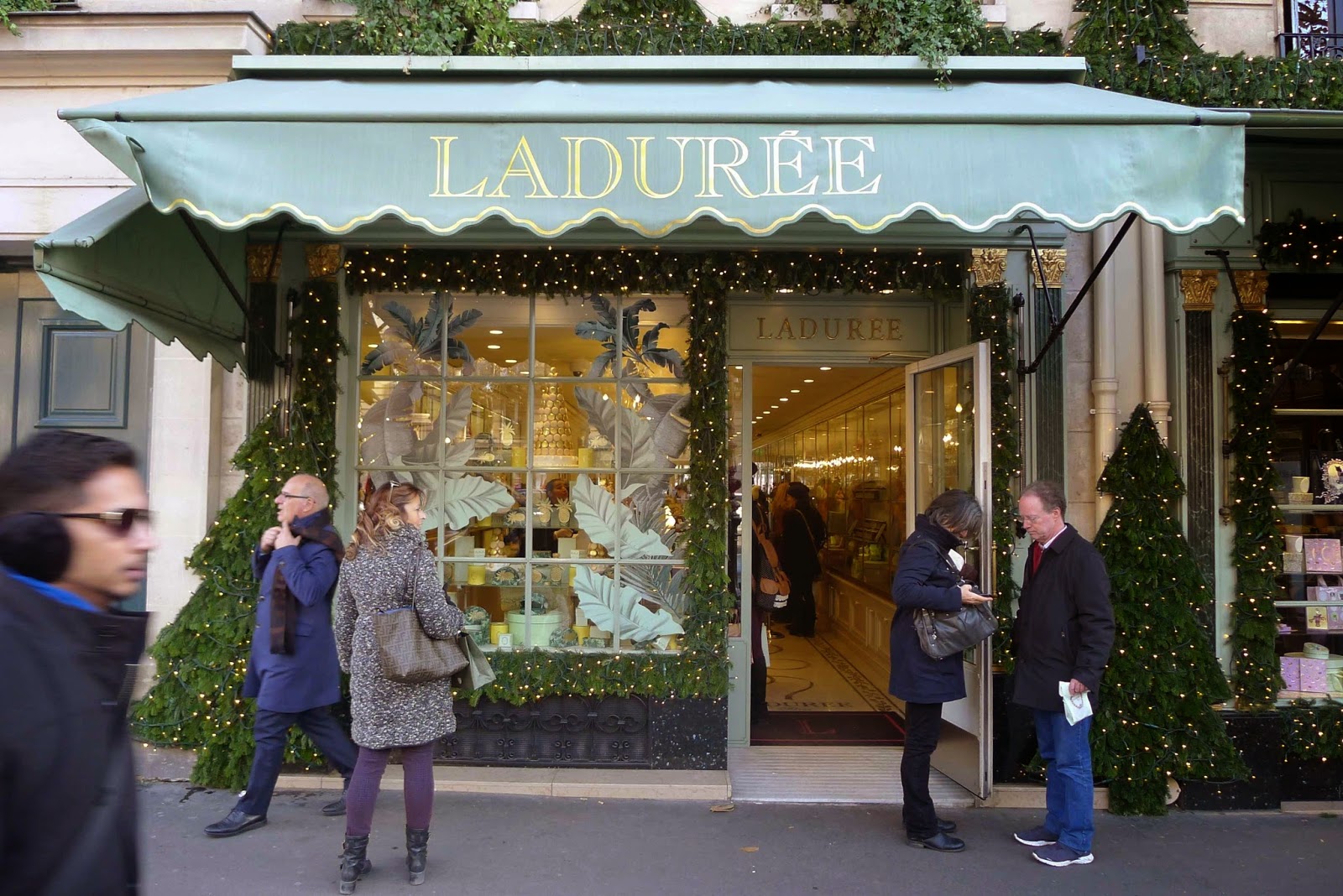 I scoffed a box of both Ladurée and Pierre Hermé macarons (all in the interests of research) and the former won hands down. 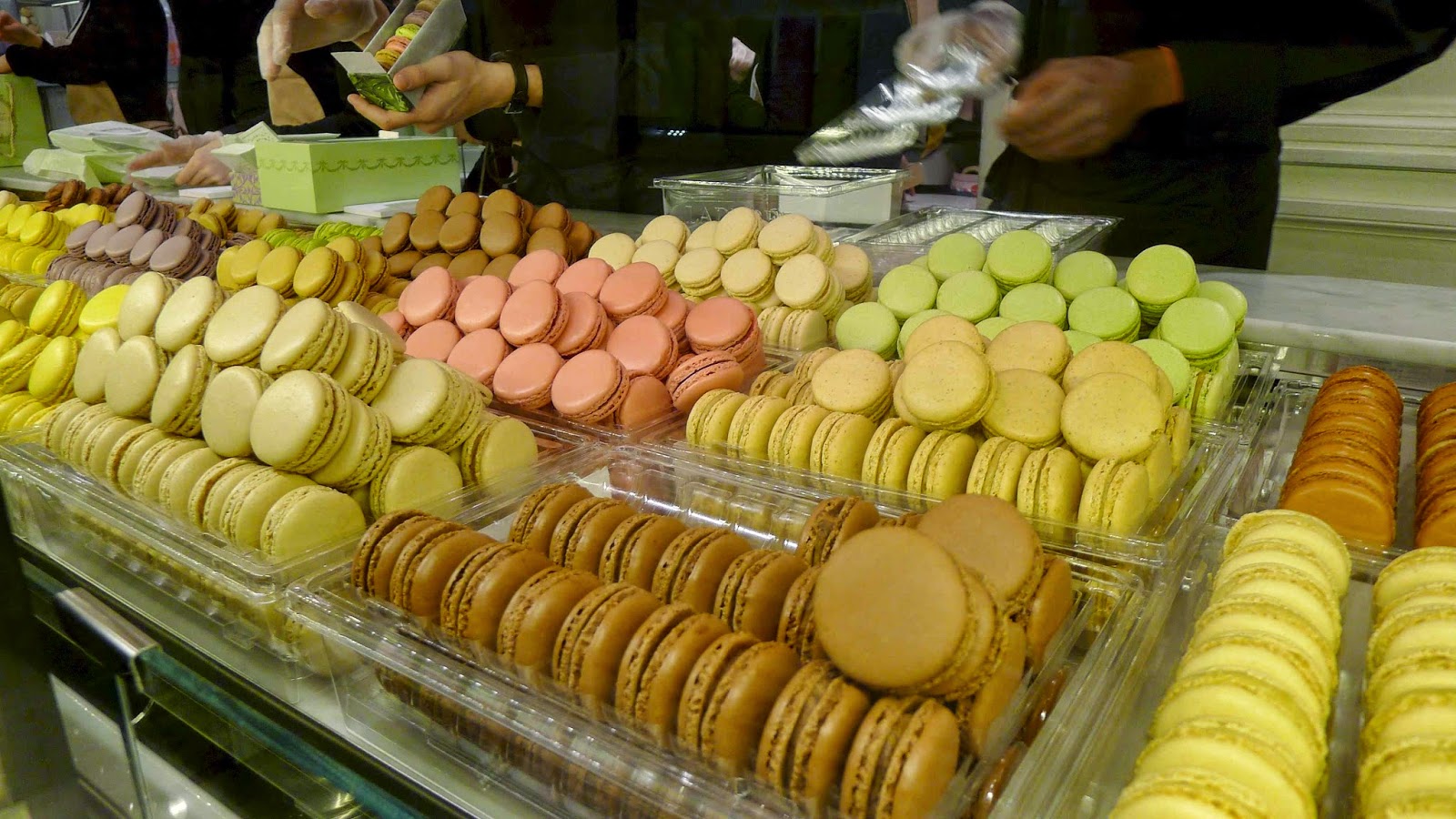 My picks were warming ginger bread, sharp lemon and salted caramel with just the right amount of chew. 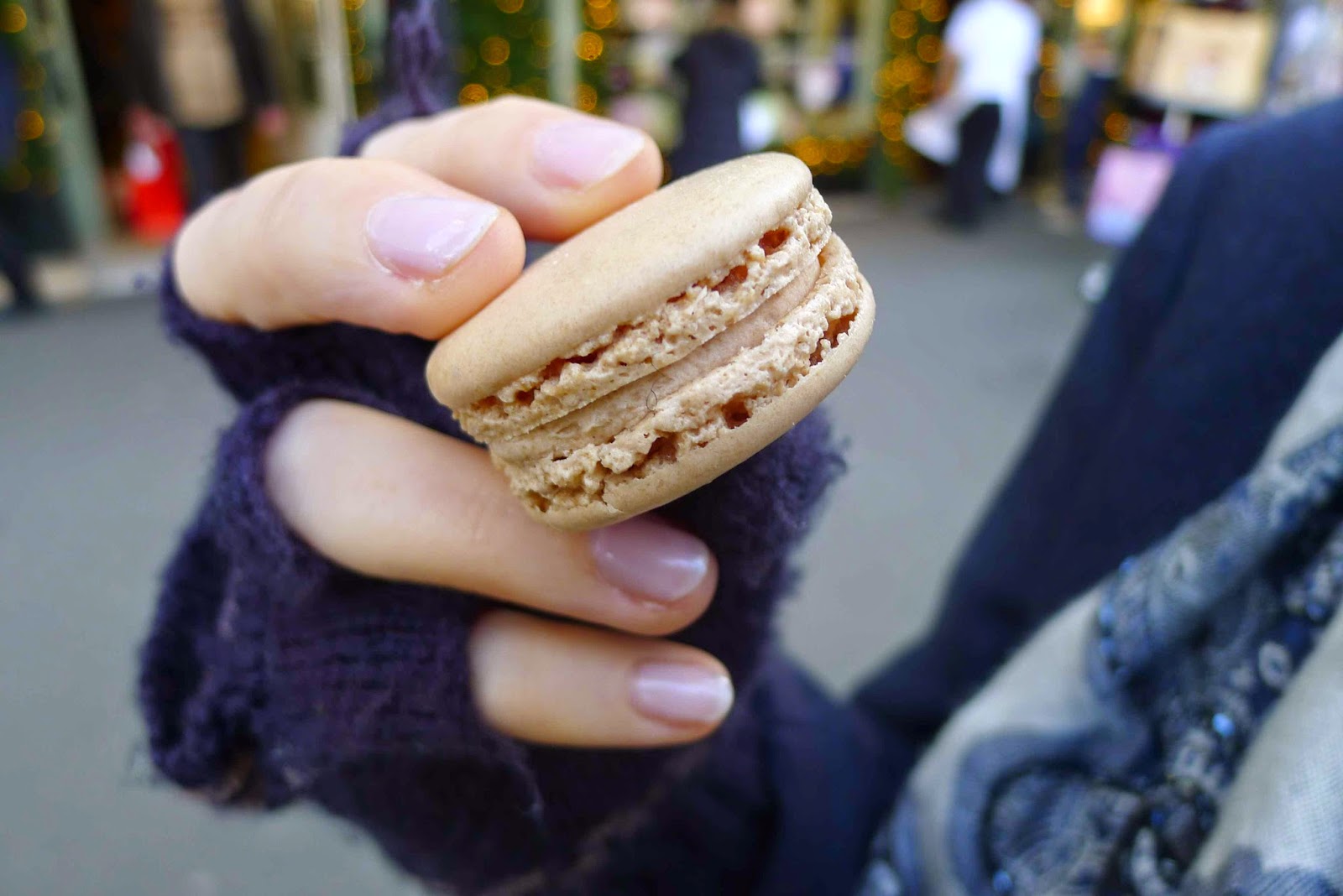 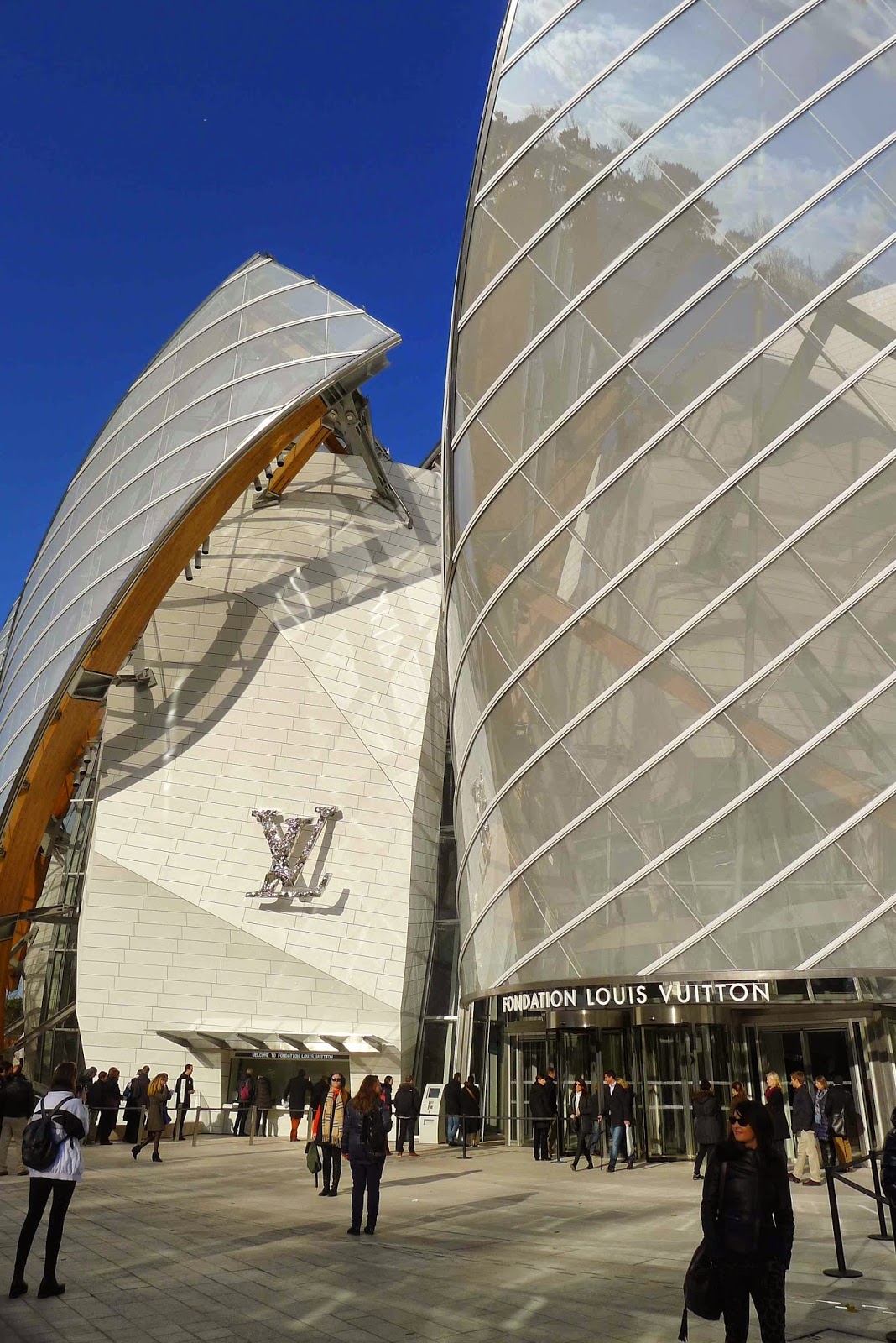 Okay, I didn’t eat at the Fondation Louis Vuitton but it’s a bloody impressive building. Designed by Frank Gehry and located in the Bois de Boulogne park, the Fondation is a spanking new contemporary art gallery that opened in October.

There were massive queues when we visited but we skipped them by paying a couple of extra euros to go into the Jardin d’Acclimatation and then used the self-service machines at the back entrance.