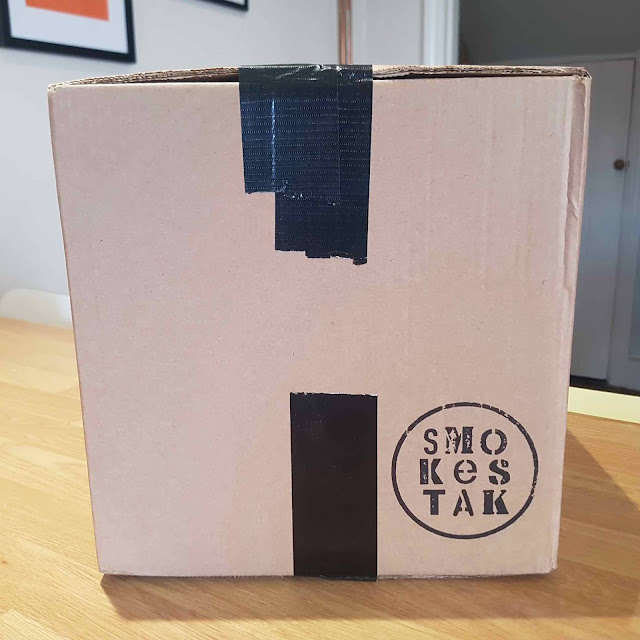 Fourteen days without a new post is the longest hiatus there’s been in the almost ten years I’ve been writing this blog.

However, having COVID-19 and losing my sense of smell and taste seems like as good as excuse as any for a brief pause. As much as I was tempted to transition the blog into providing reviews of the appearance of food, I’m not sure how helpful it would have been for people interested in how it tastes.

As my laughing gear is pretty much working as normal again, I’m ready to get back in the saddle. 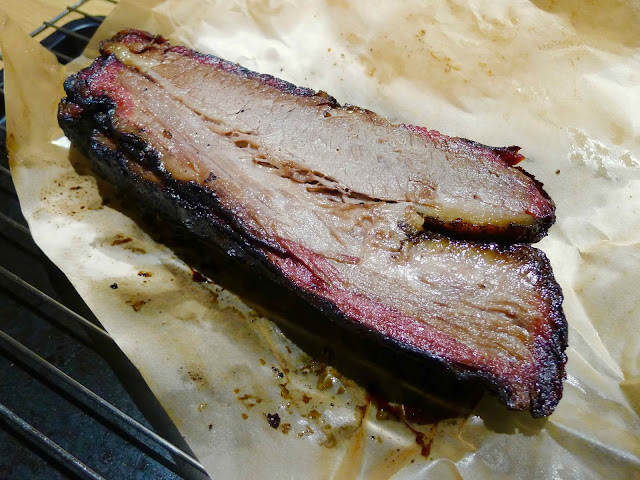 We ordered the four-pounder smoked meat box (£65) as it seemed to give us the biggest bang for our buck. We supplemented it with a couple of Welsh rarebit jacket potatoes (£5) to snag free delivery.

Our box was generously loaded with two 1lb packets of brisket, two 1lb packets of pulled pork as well as pickles and sauces. With the addition of some carbs it would comfortably feed eight people; we froze half the meat to enjoy at a later date. 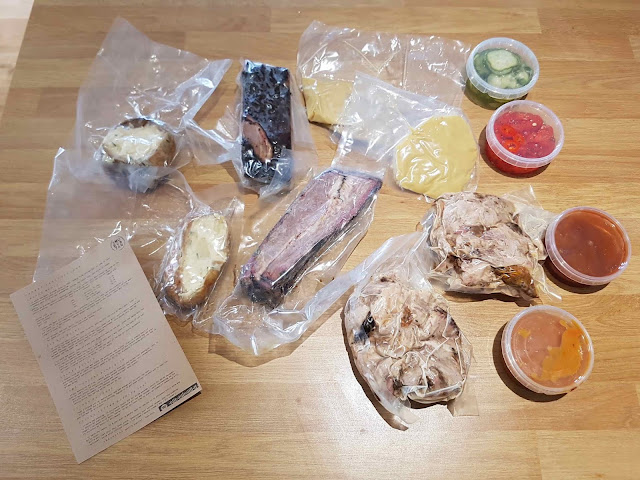 With simple re-heating instructions, our meat warmed through in the oven in around half an hour.

15-hour smoked beef brisket was absolutely top drawer - crusty of bark, smoke-ringed and seriously soft and juicy of texture, it was beefy and smokey in equal measure. 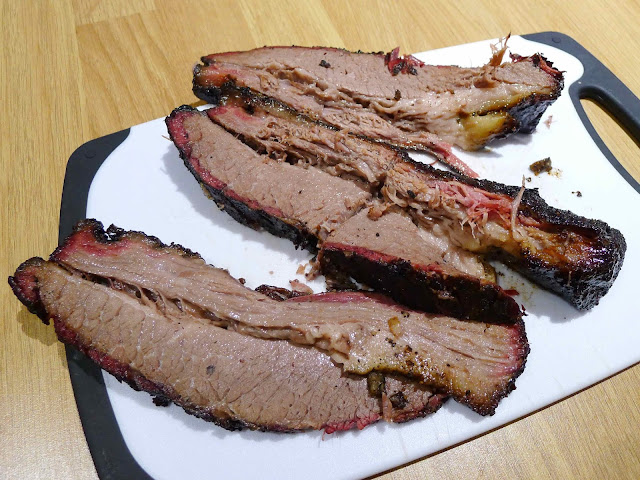 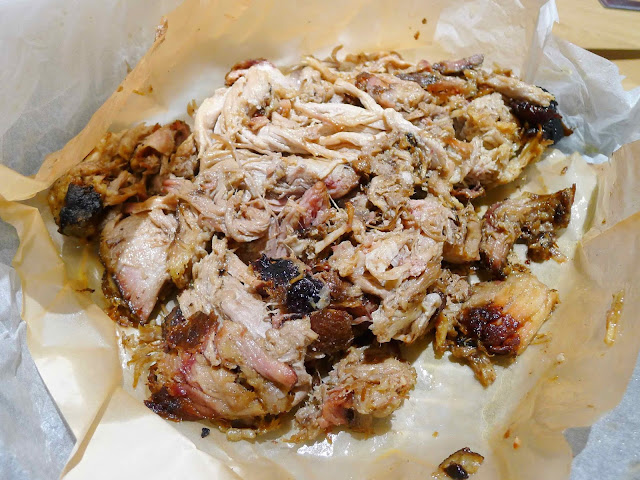 It was belting stuffed into toasted Friends in Knead brioche buns alongside some pickles and BBQ sauce. 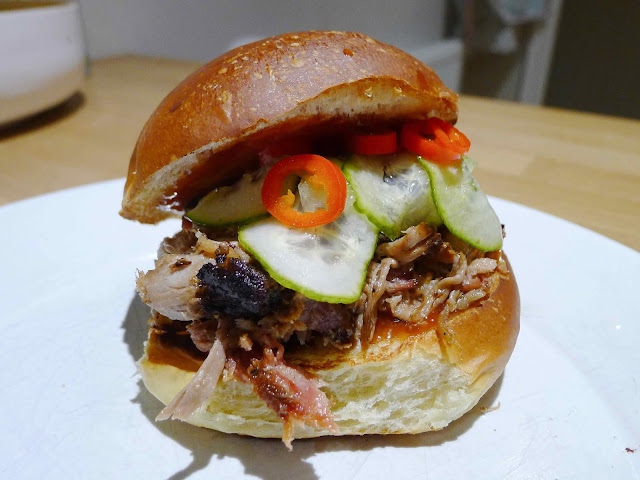 Crisp skinned jacket potatoes had been hollowed out and filled with a creamy and chivey potato mix. They were topped with grilled rarebit which delivered a good hit of cheese and delicate warmth of mustard. 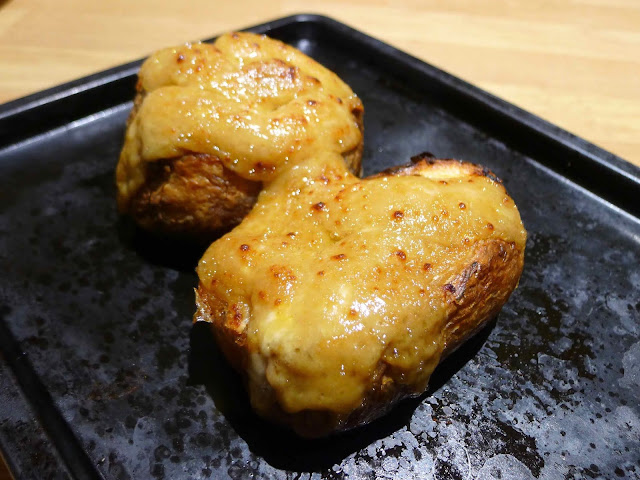 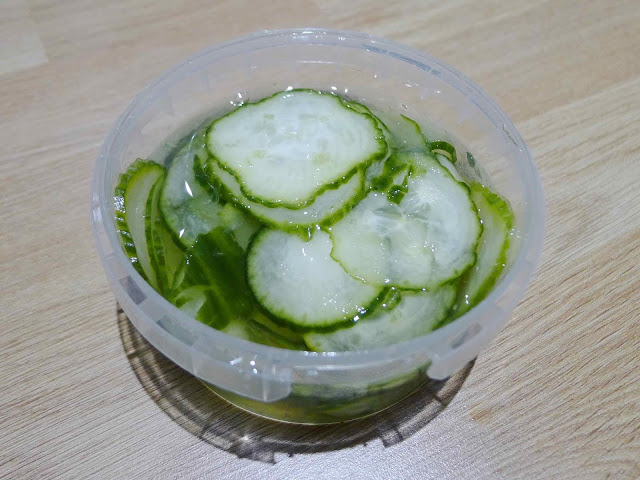 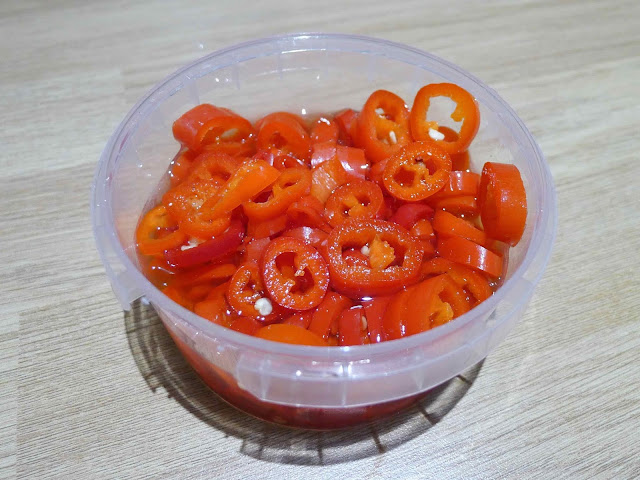 Hot mustard sauce and sweet barbecue sauce were both nice examples of their type. 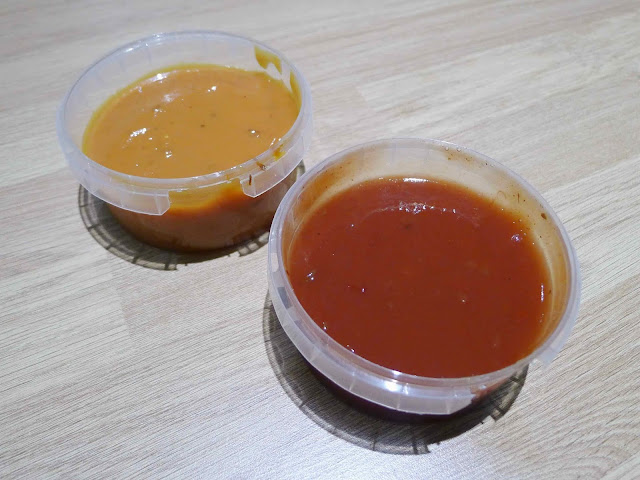 The smoked meat from Smokestak is first class. If you’re looking for an American barbecue hit at home then I very much recommend placing an order.
The Details:
Web - https://www.smokestakshop.co.uk/order
Posted by gourmetgorro at 08:54