A Gastronomic tour of West Wales Part 1 - The Grove at Narberth, Pembrokeshire Review

I’m a very lucky man. Firstly, I’ve just married the best woman in the world. Secondly, we’ve just returned from our honeymoon which happened to be a gastronomic tour of West Wales. Thirdly, my new wife has agreed to let me review our honeymoon. I’ll stick to reviewing the food and accommodation rather than the company which would of course get 5 stars.

First stop on our tour was the Grove at Narberth, recently voted the best place to stay in Wales in the National Tourism Awards, 2010 and has been described in the Guardian as ‘wildly romantic’. The cast of Ridley Scott’s Robin Hood also took over the place during filming in 2009. I cheekily looked to see if any members of the cast had written in the guest book and found Cate Blanchett’s entry. Look what she had to say about the place:

However, much more important than the views of any Hollywood actresses…….what did we think? We were staying at the Grove for 3 nights dinner, bed and breakfast in the Meadow Loft. The room was incredibly stylish - feature wall, Welsh woollen blanket, complimentary welsh cakes, Ren toiletries, wardrobe that looks like it might lead to Narnia and so on.  The hotel is an ideal base for the RSPB reserve of Skomer island (seeing puffins up close was really exciting), Narberth (a charming little town full of boutiquey shops and an immense Spanish deli called Ultracomida – affectionately nick named al queda) and the stunning Barafundle bay (previously voted the UK’s best picnic spot).

Onto the main event, the nosh. The dining room at The Grove is a beautifully wood panelled little jobby serving locally sourced/foraged, modern British food (3 courses for £40). I’d say the restaurant justifiably has Michelin aspirations and the team are working with Chef Consultant Robert Clayton who has previously held a star when he worked at the Bath Priory. The service was incredibly friendly and efficient throughout our stay.

Over the course of the 3 nights we managed to sample most of the menu (something I wish I could do in every restaurant) and we both reached the conclusion that the food was consistently pretty lush. There were no duds but there were definitely some stellar moments: 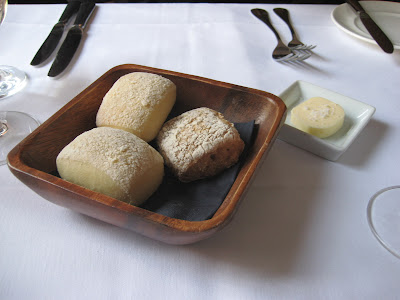 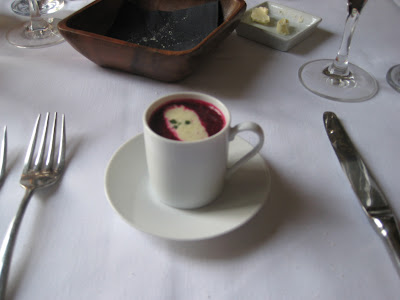 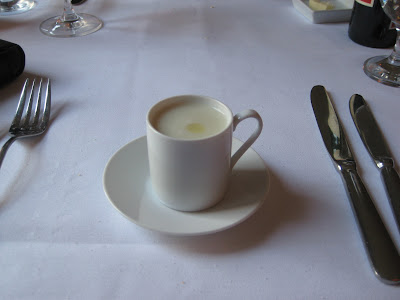 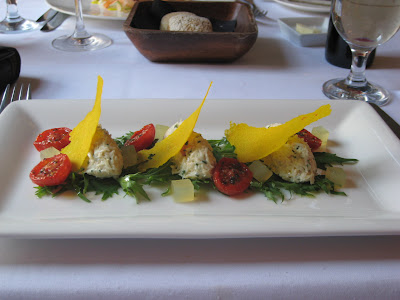 Starter: St Brides bay crab, lime jelly, mizuma leaves, saffron snaps - This was my favourite dish of the whole honeymoon. Heaps of fresh, clean tasting white crab meat interspersed with sharp lime jelly cubes and other nuggets of yumminess. I would happily eat a plate of this with some warm bread every night of the week. 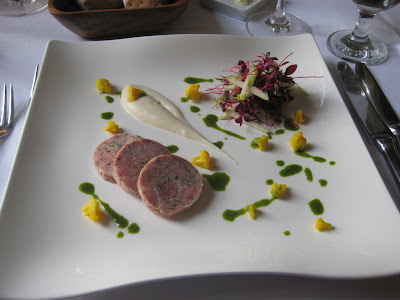 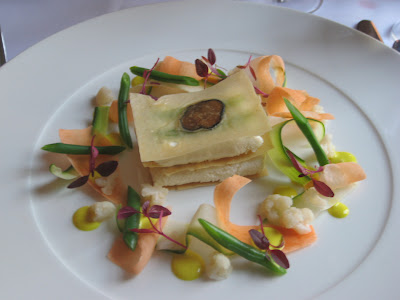 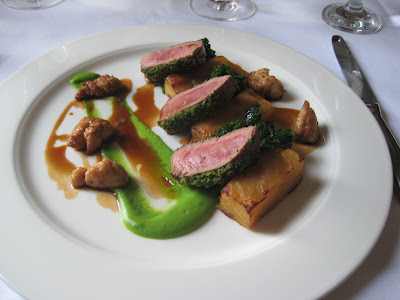 Main: Cannon of Welsh lamb, sweetbreads, spring greens and potato terrine - This was a rolls royce of a main course with a mini-bus style portion size. I think the picture says it all; beautifully tender lamb, perfectly cooked sweetbreads, unctuous potato and a super-lamby sauce. 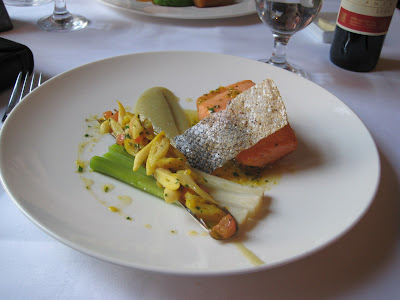 Main: Organic Sewin, razor clams, fennel puree, saffron and shallot butter - My most disappointing dish of the stay but still delicious. The fish skin crisp which was delicately balanced on top of the fish was pretty gopping. There is definitely a reason why sea trout is not a popular flavour of Walkers crisp. The razor clams were also overcooked and so were chewtastic. However the fennel, baby leeks and piece of fish itself were absolutely stunning. 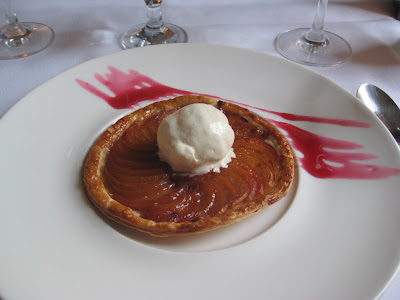 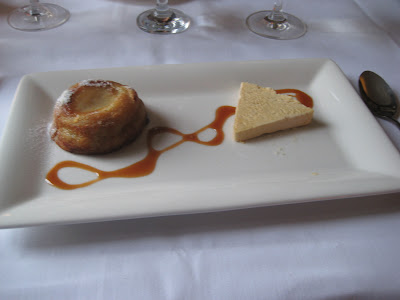 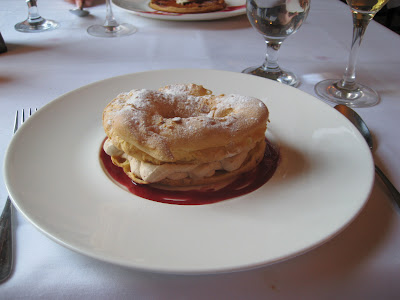 Dessert - Almond choux bun, praline cream, cherry puree: If Greggs the baker did these then they would certainly take preference over my usual caramel custard donut. My range of hyperbole to describe this dish don't go over the top enough. Unbelievably delicious, supremely tasty. Warm fresh almondy pastry, cream that was not too rich so I could probably eat a bucket of it and a sweet yet sharp cherry puree to cut through the richness. It was the dog's knees. 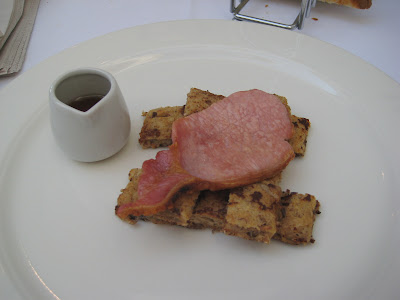