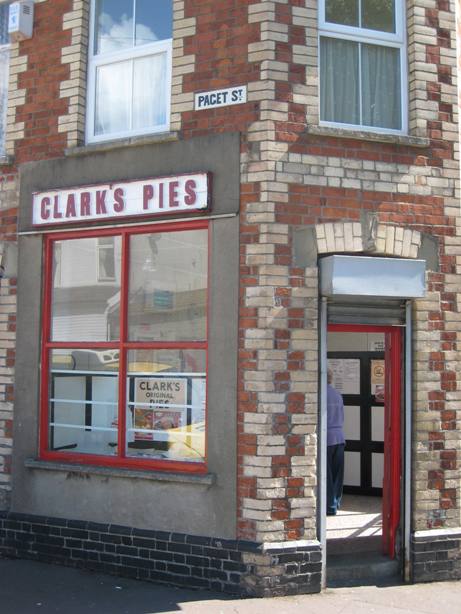 As someone who’s not from Cardiff, I’m constantly relying on my friends to recommend places to try which may seem obvious to the local but not to the non-native. So when Morg asked me yesterday whether I’d been to the Clark’s pie shop before and the answer was no, he suggested we rectify the situation immediately by a next day breakfast visit. Not one to turn down a morning pastry eating session we set off with Rhys “the bucketman” in tow on a Grangetown pie roadtrip.

Clark’s pies are to Cardiff what Manze’s are to parts of London and Gregg’s (pre-global expansion) are to Newcastle. They are woven into the tapestry of local life. There’s a lengthy family history (see the picture below for a historical essay), they’re the pie of choice at Cardiff city football matches and they’re available in chippies across the city. It’s here I must disclose that shortly after moving to Cardiff a few years ago I was marched to a chip shop on Caroline Street to sample one of the famous Clark’s pies by Mrs G and I was left distinctly underwhelmed. My only memory of this initial encounter was of a mince pie which consisted of far too much dry pastry. As a result I’ve never sampled another Clark’s pie until this day and I wish it hadn’t taken me so long. Apparently it’s the freshness of the pastry of the pies obtained from source which makes them incomparable to those distributed to chippies which are reheated and may be kept in a heat cabinet all day or longer…. 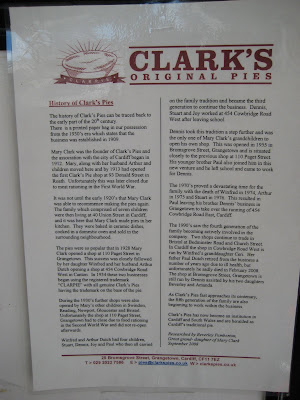 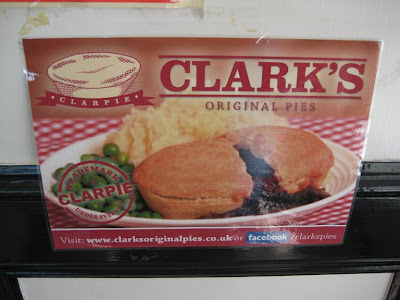 There are 4 branches of Clark’s pies (2 in Cardiff & 2 in Bristol) all of which are run as independent businesses and bake their own pies utilising slightly different recipes. According to Morg, the Grangetown branch is the best and so this is where we were headed.  Located on the corner of a row of terraced houses on Bromsgrove & Paget streets, in the heart of Grangetown the pie shop is a throwback to decades gone by. The old signage & dated, shabby interior simply add to the charm & authenticity of the place. What’s more there’s nothing more reassuring than somewhere who’s menu essentially consists` of small pie or large pie served hot or cold. Much akin to my favourite burger joint In’n’Out which serves either hamburger, cheeseburger or double-double (i.e. double cheeseburger) it shows total confidence in keeping things simple and done properly. 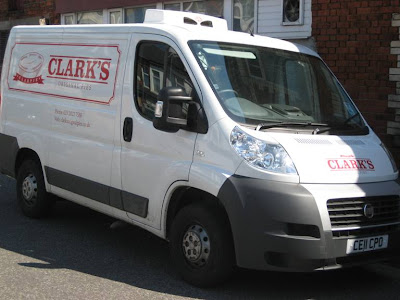 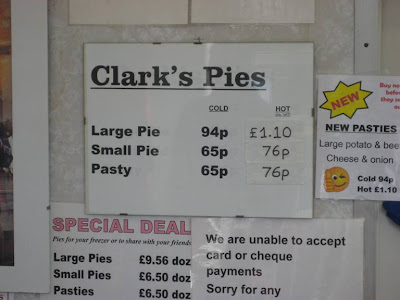 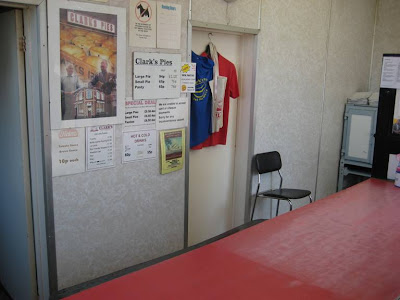 We all ordered a large hot pie and I set to work the moment I was outside the shop. The golden coloured shortcrust pastry was a revelation compared to my previous encounter. A thick layer of golden pastry surrounds the whole pie. It's perfectly crisp on the outside, soft in the middle and well moistened on the interior by the oozing beef mince, onion & gravy filling (a generous hit of pepper cuts through the richness of the pastry perfectly). 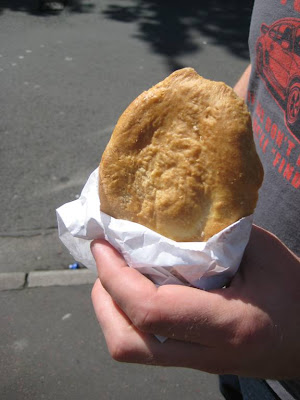 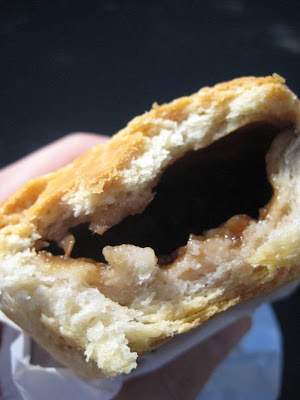 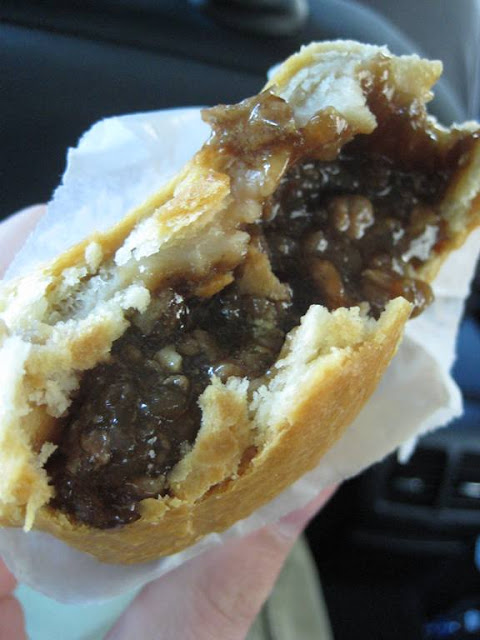 A final note must be made about the unique nature of the thick pastry on the base of the pie which means Clark's pies are served without a foil tray. However not having a tray to catch leaking mince means there are certain logistical issues which need to be negotiated; as a novice Clark’s pie eater, I managed to spill piping hot mince all over my shorts within a matter of minutes.  Before my next visit I’ll get some tips from the extensive Clark’s pie guide written by a dedicated Cardiff City & Clark’s pie fan.

On the return from the pie shop we stopped off at the newsagent round the corner for a pistachio kulfi ‘palate cleanser’ at my request and then made a final pitstop at Bruton’s bakery for dessert by order of the bucketman. According to him the coffee & walnut tarts are pretty fine and I must say I agree. I can’t think of a more fitting dessert after a shortcrust meat pie than a shortcrust cream pie. Deliciously crisp shortcrust pastry encased a generous helping of fresh cream and was covered with a sweet coffee icing and a walnut on top. 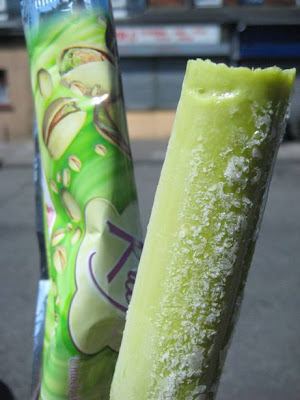 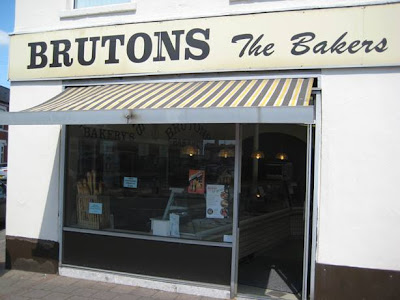 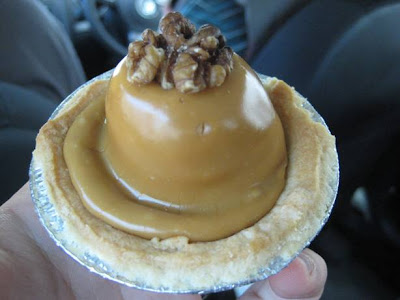 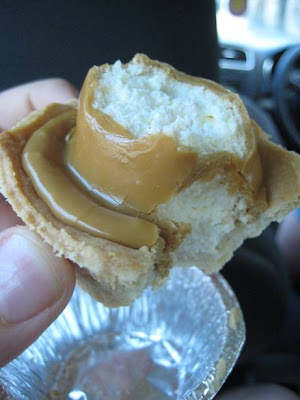 It’s a shame we don’t have a local Clark's pie shop in Penylan (apparently the original Clark’s pie branch was located on Donald street in Roath) but then to be honest a pie breakfast every Saturday wouldn’t really be the best idea.