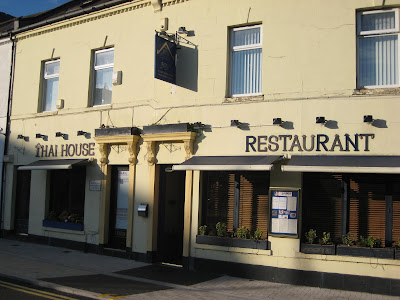 Having ducked out of the very busy yet highly promising opening party of The Potted Pig (I was too hungry to wait around to try the beautiful looking suckling pig – If I’d waited any longer I’d have ended up stealing a leg) Mrs G and I went in search of some food to satisfy my pork pangs.  We settled on Thai House, a restaurant which has been on my ‘to do’ list for a long while.
Thai House is one of Cardiff’s most well known restaurants. It was the first Thai restaurant in the UK outside of London when it opened in 1985, it has received numerous national press and TV mentions, and has a list of celeb fans which includes Rhodri Morgan and Gruff Rhys. Thai House’s reputation somewhat precedes itself.
Even if the menu is a bit pricey (unusually there is a minimum charge of £17.50 per person during evening opening) it is a real humdinger. The combination of too many delicious sounding dishes and my hunger led us to opt out from what would have been a lengthy debate by plumping for a set menu (A - £39.95). Even though the food sounded incredible on paper, would it live up to the Rhys Ifan’s claim “Without doubt the best Thai food I've tasted outside Thailand.“?
Probably not. Even though some of the food we ate was exceptional and the service was incredibly friendly, there were a few too many mediocre dishes, the prices were just a little too steep and the service occasionally lacked efficiency (we waited for dessert, a plate of ice cream for around twenty minutes).
Starters 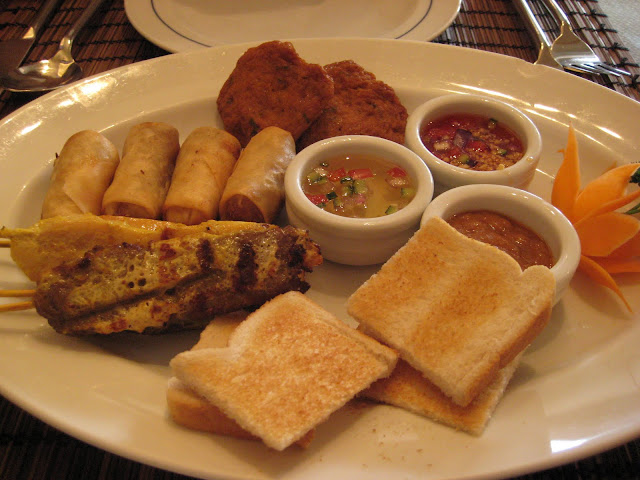 Bor Bia – Spring rolls filled with vermicelli, pork and Thai mushrooms – Crisp pastry, slightly lacking in the flavour department and inconsistent in filling; some were full of almost only vermicelli whilst others had mostly pork and almost no vermicelli.
Tord Mun - Cod fishcakes – Unfortunately there was an overpowering flavour of lemongrass and the texture of the fish patties was rather homogenous.
White toast -??????
Beef and chicken Satay – The highlight of the starters by a clear margin. Beautifully tender meat, well spiced, without doubt the best satay I have ever eaten.
The dips accompanying the starters (sweet chilli sauce, peanut sauce and chilli and cucumber relish) were also top drawer
Mains
Top side of Welsh beef with Thai mushrooms and Welsh leeks in oyster sauce– Shed loads of really tender meat served in a beautifully smoky oyster sauce. Again, perhaps the best version of this dish I’ve ever tried. 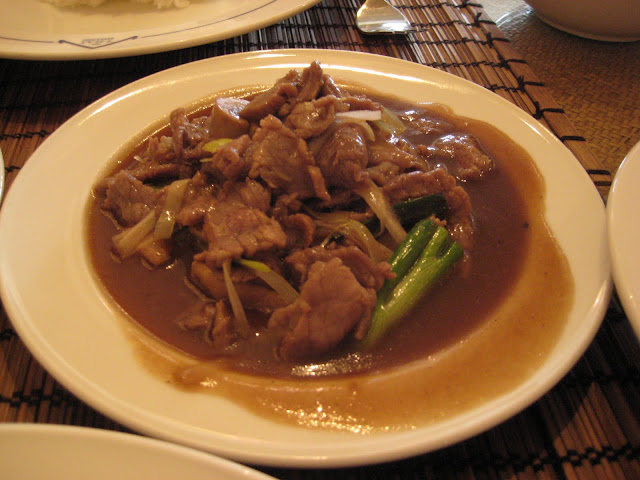 Crispy trout in red curry sauce –Crisp skinned pieces of trout with perfectly moist flesh. A good hit of ginger, chilli and coconut contributed in the sauce contributed to an excellent dish. 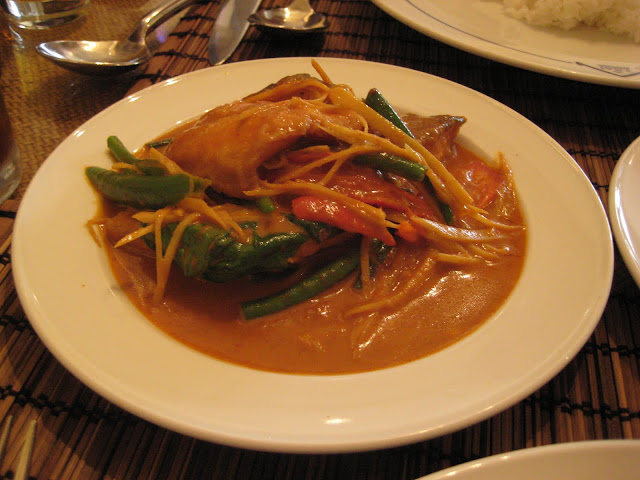 Chicken Massasaman curry – Southern style chicken curry with peanuts and potatoes – The potato was nice and soft but the chicken was a little dry and the sauce did not have as much of a peanut hit as other versions I’ve eaten. 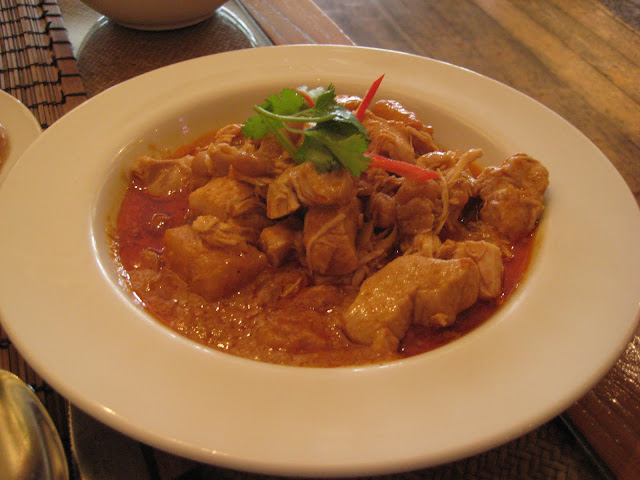 Dessert
Green tea sorbet and Lemongrass ice cream - A ridiculously smooth sorbet with a great taste of sweetened green tea and the ice cream had just the right amount of lemongrass. 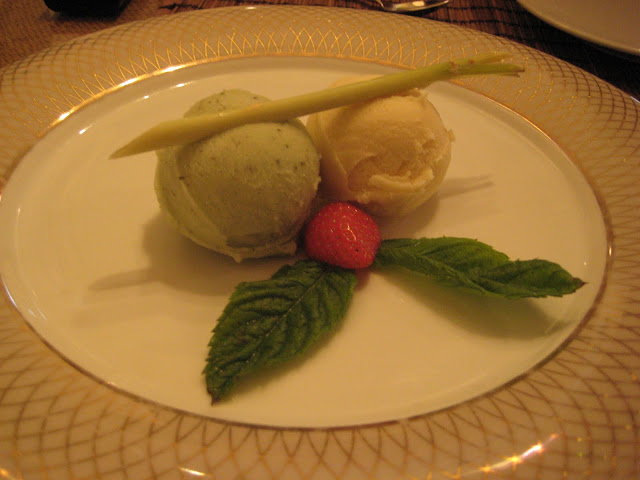 All in all Thai House served us some real knockout dishes but I feel these were cancelled out by the low points. I’d visit Thai house again but I’ll be sampling Cardiff’s other Thai offerings first.
The Details
3-5 Guildford Crescent, Churchill Way, Cardiff. CF10 2HJ Tel: 029 2038 7404, http://www.thaihouse.biz
Posted by gourmetgorro at 11:22