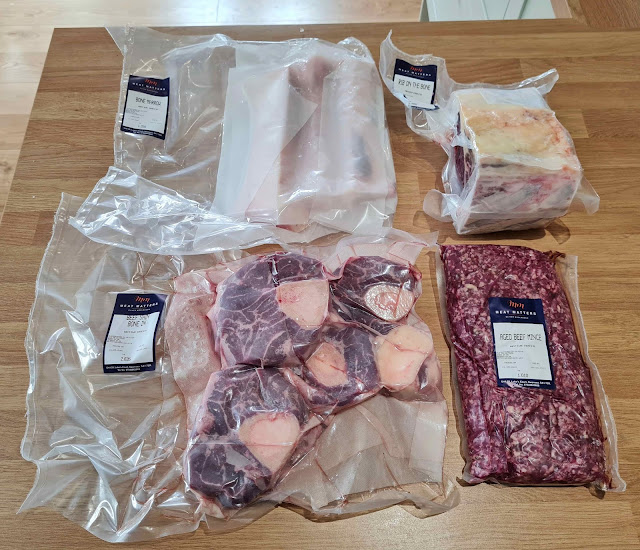 Nothing makes something more desirable than seeing the words “limited release” attached to it.

And the home delivery delights from Hills Brecon, Kapow Ribs, St John and Ty Melin, all of which have been challenging to get hold at various points over the last twelve months.

In recent months I’ve coveted the beautifully marbled beef from Gower-based online butchery Meat Matters. Every Thursday there’s a new beef drop and the most popular items are reported to sell out pretty swiftly. By the time I got my arse into gear to place an order on the Sunday, I’d missed out on beef short ribs and bone in rib-eye.

So, I had to settle for bone-in rib, aged beef mince, shin and bone marrow. It’s a hard life.

Our meat arrived the following Thursday, neatly vac-packed and well-chilled.

A bone-in rib of aged Pembrokeshire ex-dairy cow (£45.90) was an absolute beauty of a piece of meat. Holstein-based in breed, its flesh was a deep ruby red and very well marbled. Over 1.8kg in weight, it was a double rib so we were able to split it in two and freeze half for a later date. 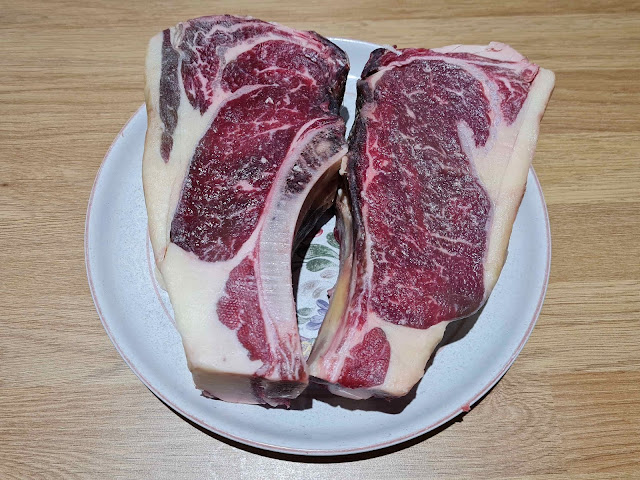 With beef of this calibre, I really wanted to do it justice by cooking it properly. So, I contacted Oliver Woolnough, owner of Meat Matters, who was only too happy to chat me though a suggested method. 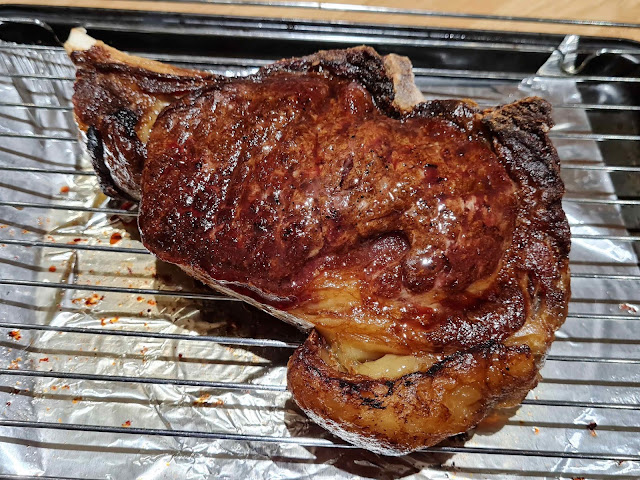 A ferocious sear on the hob, an oven cook until the interior temp reached 54 degrees, and a 20 minute rest later and the result was a gorgeous medium rare with a bronze crusted exterior. 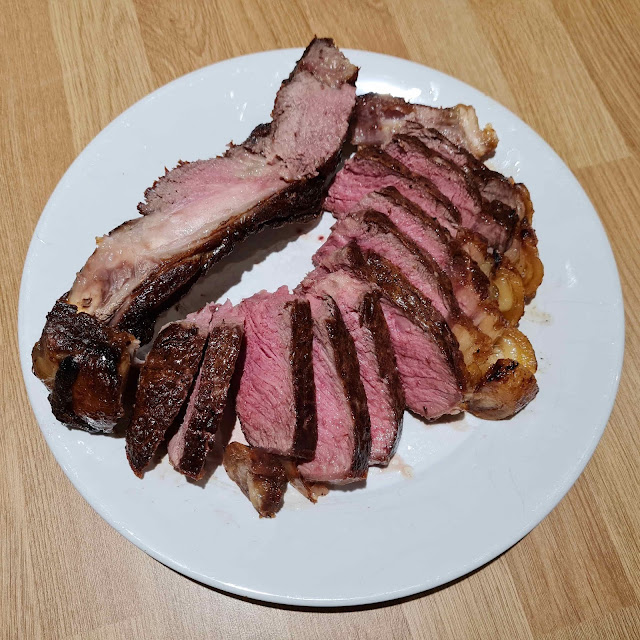 It was an absolutely class piece of meat, tender, deeply beefy in flavour and juicy with an addictive seam of crisp yellow fat. Served with hispi cabbage, fries and bearnaise sauce, it made for a top notch Friday night dinner. 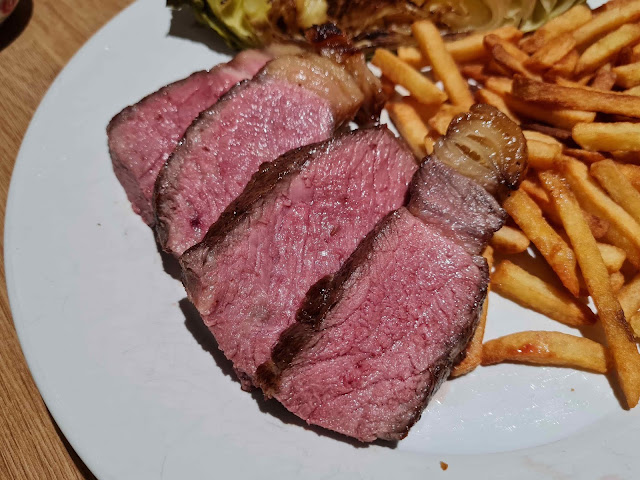 A 1kg bag of aged beef mince (£9) transformed into delicious burgers. With a lovely intensity of flavour and a good crust, I heaped our double pattied burgers alongside melted American cheese, tangy burger sauce and pickles into toasted Friends in Knead brioche buns. 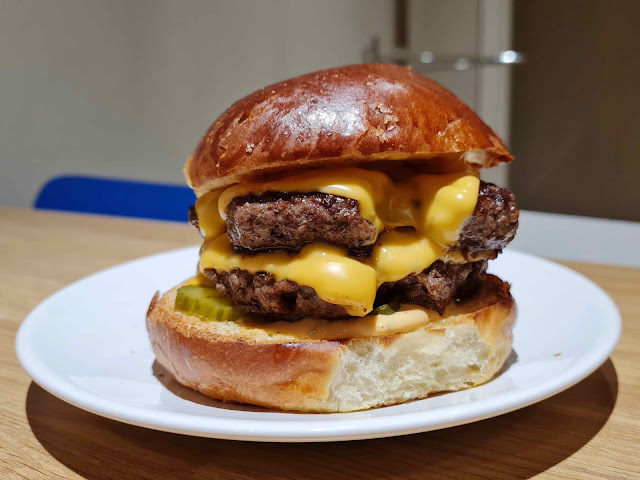 A trio of Fred Flintstone-esque bone marrow canoes (£4) were used to make St John’s iconic bone marrow on toast. It was a ridiculously easy recipe and seriously delicious. 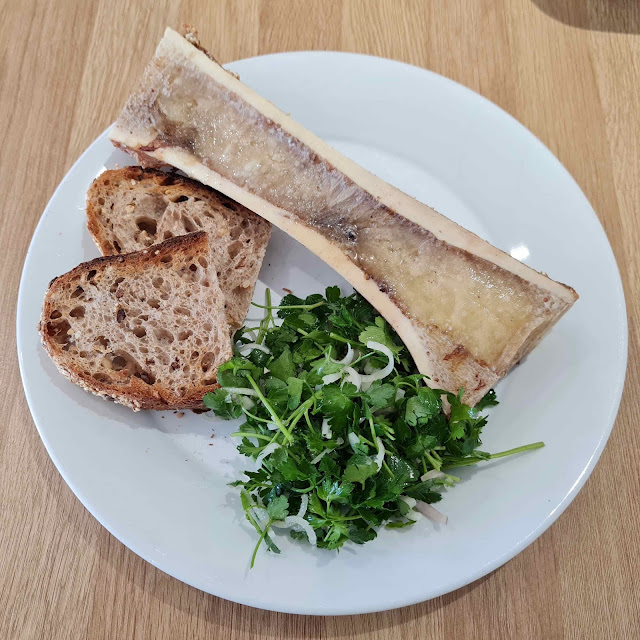 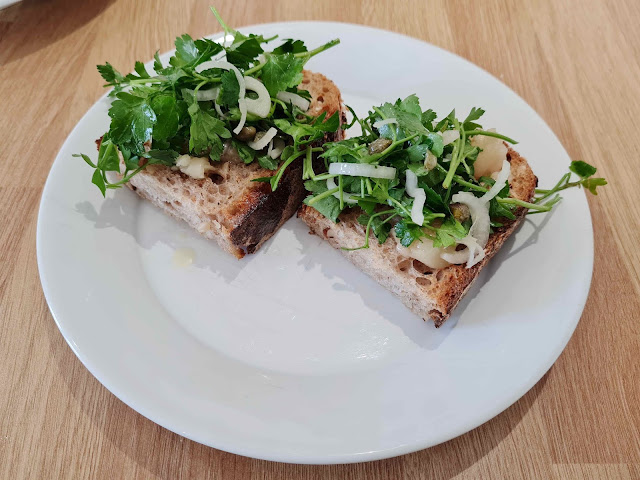 Behemothic bone-in pieces of beef shin were given the low and slow treatment. After three hours of braising and subsequent sauce reduction, the result was a pot of spoonably soft meat in an aromatic bone marrow-flecked gravy. It certainly wasn’t a looker but it made up for it in flavour. 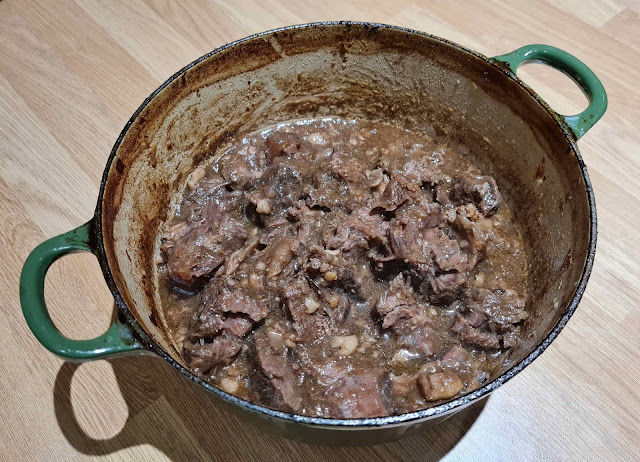 We used a Nigella Lawson recipe as a starting point and stuffed the pieces of shin into pillowy bao buns alongside a zingy Asian-influenced salad. 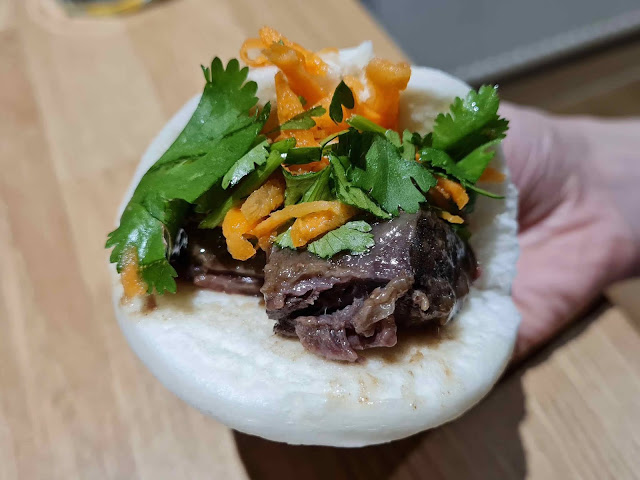 The produce from Meat Matters is first class and a showcase of the best that Wales has to offer. With around 14 generous portions for just over £80 including delivery, it’s good value for the quality too. Whether you're a dab hand cooking over open flame or an enthusiastic incompetent in the kitchen like myself, I heartily recommend checking them out.
The Details:
Web - https://meatmattersltd.co.uk/
Posted by gourmetgorro at 08:34