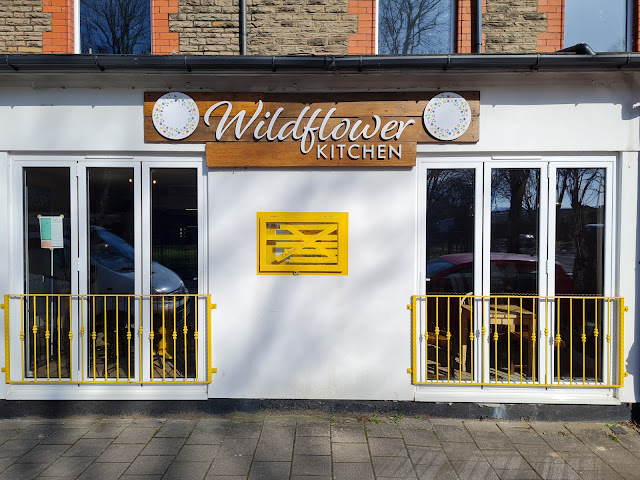 Wildflower Kitchen on Cardiff’s Whitchurch Road is a business which lives up to its name.
Their outside garden seating area is home to bug hotels; vegetable peelings go to feed goats on the family farm; there’s an emphasis on local produce; and all their chutneys, cakes, salads and jams are made in house. 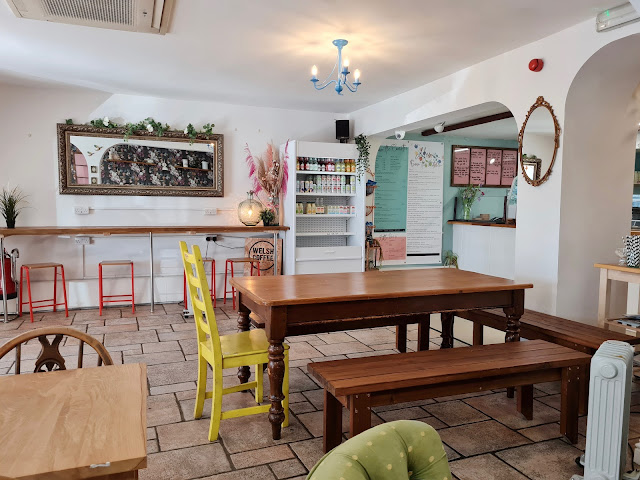 Located on the former site of the Aegean Greek Taverna, Wildflower opened their doors in October 2019, so didn’t have much of a chance to find their feet before the pandemic arrived. But, it's a business which established its roots at Insole Court where the team ran the Potting Shed Cafe for three years.

Whilst Wildflower’s interior has a shabby chic vibe to it, their menu focuses on a mix of hearty sounding lunch and brunch dishes from cooked breakfasts and toasted sandwiches to avocado on toast and halloumi burgers. 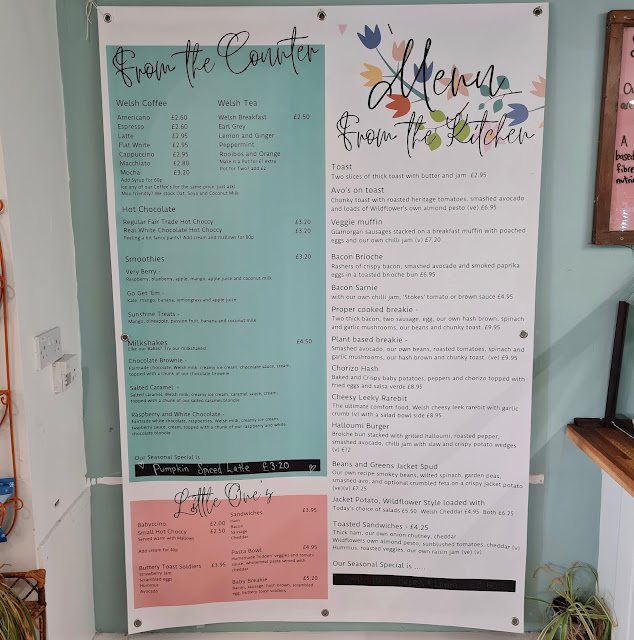 A pair of ice cold smoothies were super fresh and not too sweet - a Very Berry (£3.20) had a lovely hit of tangy mixed red berries whilst a tropical Sunshine Treats (£3.20) combined creamy coconut milk with the fragrance of mango and passionfruit. 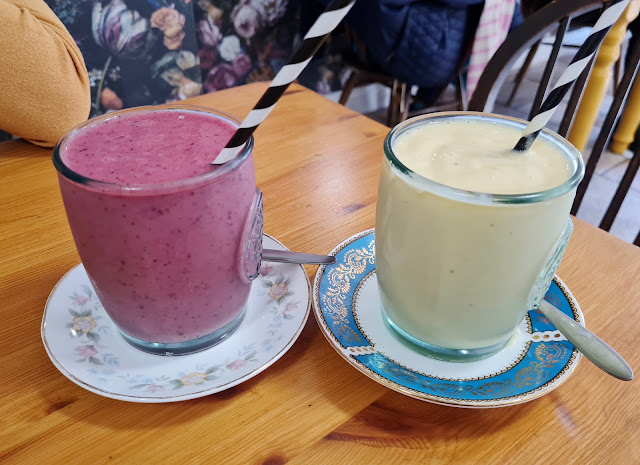 A corker of a Welsh rarebit (£8.95) saw a thick slice of toasted granary bread topped with a good ooze of melted cheese and mustard, soft and sweet leeks, and a fragrant rosemary and wild garlic crumb which added extra crunch.
Side salad was no mere afterthought. Wholemeal pasta salad, curry-spiced roast cauliflower and chickpeas, kale, sultana-studded couscous and thick hummus were all lovely accompaniments. 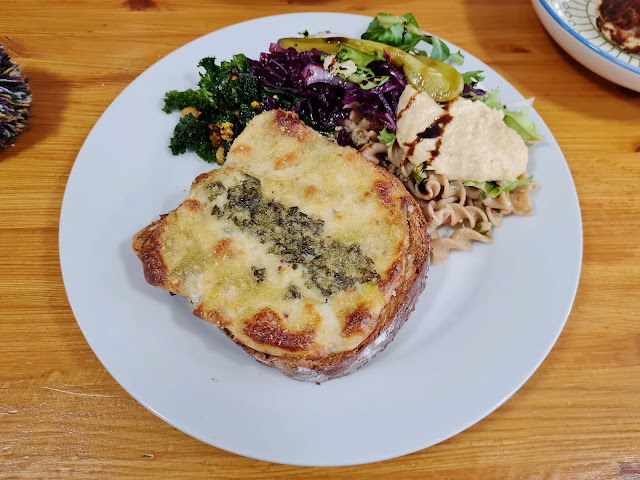 Chorizo hash (£8.95) was a delicious combination of comforting flavours - a runny-yolked fried egg, soft and crispy spuds, paprika-twanged chorizo slices, sweet peppers and a vibrant salsa verde were all bang on. 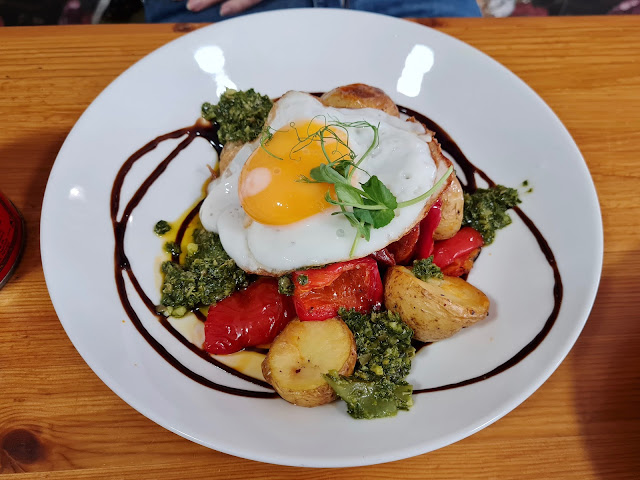 I couldn’t resist ordering a sausage roll as a side snack and at £2.20 it delivered a lot of bang for my buck. The whopping roll combined plenty of well-seasoned sausage meat stuffed into a thin layer of pastry. 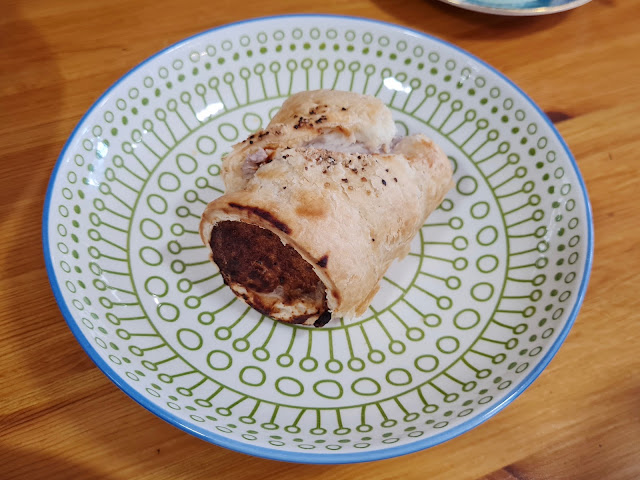 With a good selection of tray bakes on offer, it was a colourful slice of lemon and rose drizzle cake (£2.95) which caught my eye. Light and moist, the generous slice of cake was topped with sweet icing and had a good hit of tangy citrus and the fragrance and texture of rose petals. Thankfully it avoided straying into potpourri territory. 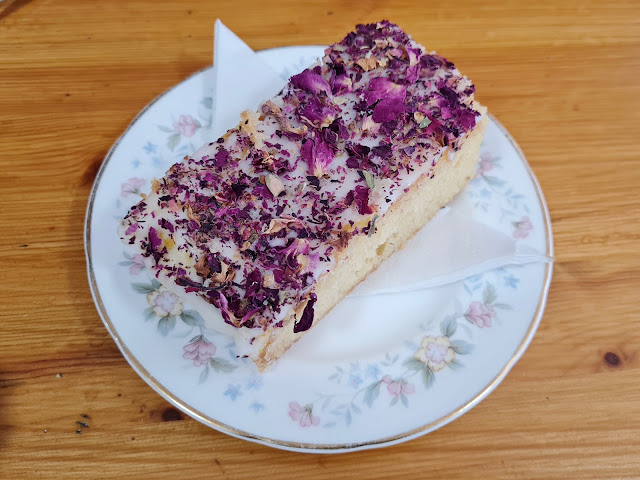 We had a lovely brunch at the Wildflower Kitchen. It’s another great independent business which has joined Whitchurch Road’s ever increasingly impressive line-up.